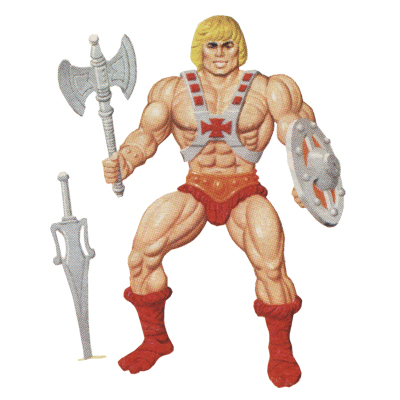 This tale is not only the best pre-Filmation story but also the best MOTU story ever written in minicomic or cartoon form. The Magic Stealer! is not just a battle between He-Man and Skeletor but a noble quest by one to defeat the other and save the entire planet. It's a great tale which incorporates several mythological themes. He-Man is never more determined and heroic; Skeletor is never more ambitious and deadly. This is why, despite only occupying a brief moment in the overall history of the MOTU, the pre-Filmation era still has our attention.

As in The Tale of Teela!, the Sorceress is called the Goddess in this tale, and somehow it seems fitting. This story is about godlike power but also shows the fallacy in believing in the all-powerful might of deities. Magic is defeated by machinery in this story. No god is capable of withstanding knowledge and science. On this level, The Magic Stealer! is an intriguing insight into the human condition. The true power in this story lies with a mortal (He-Man); not with a god. Mankind survives because of the work of a man.

This tale features the wonderful Procrustus, who has long been a favourite pre-Filmation character and was turned into a superb figure for the Classics line. We also see the Attak Trak hard at work, carrying He-Man northwards on his quest. The brown colouring of the vehicle was a good choice and actually looks significantly better than the bright red of the toy. The artwork is excellent, and the demons who assail He-Man and Zoar are frighteningly vivid.

The story reaches a climax when He-Man confronts Skeletor and tears the machine to pieces with his bare hands. For the first time we see barely controlled rage in He-Man's eyes, and Skeletor is terrified. The Magic Stealer! is what the Masters of the Universe are all about. It was always going to be hard to follow this one, but Cohn still had one great story left to tell. 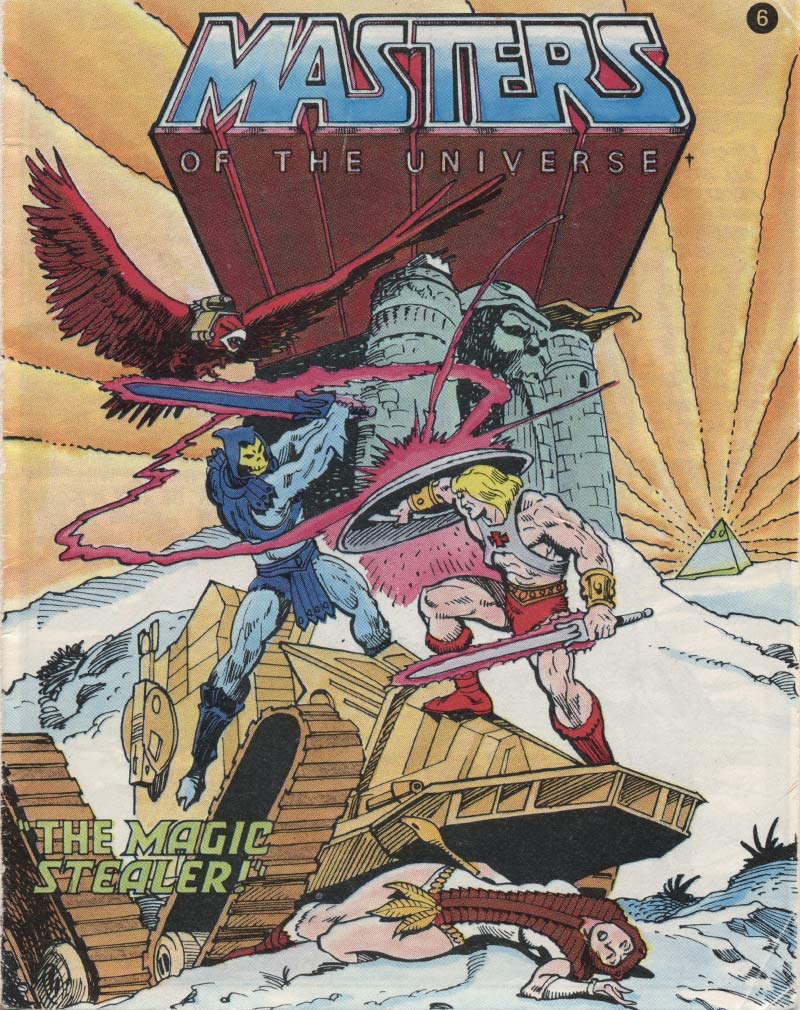 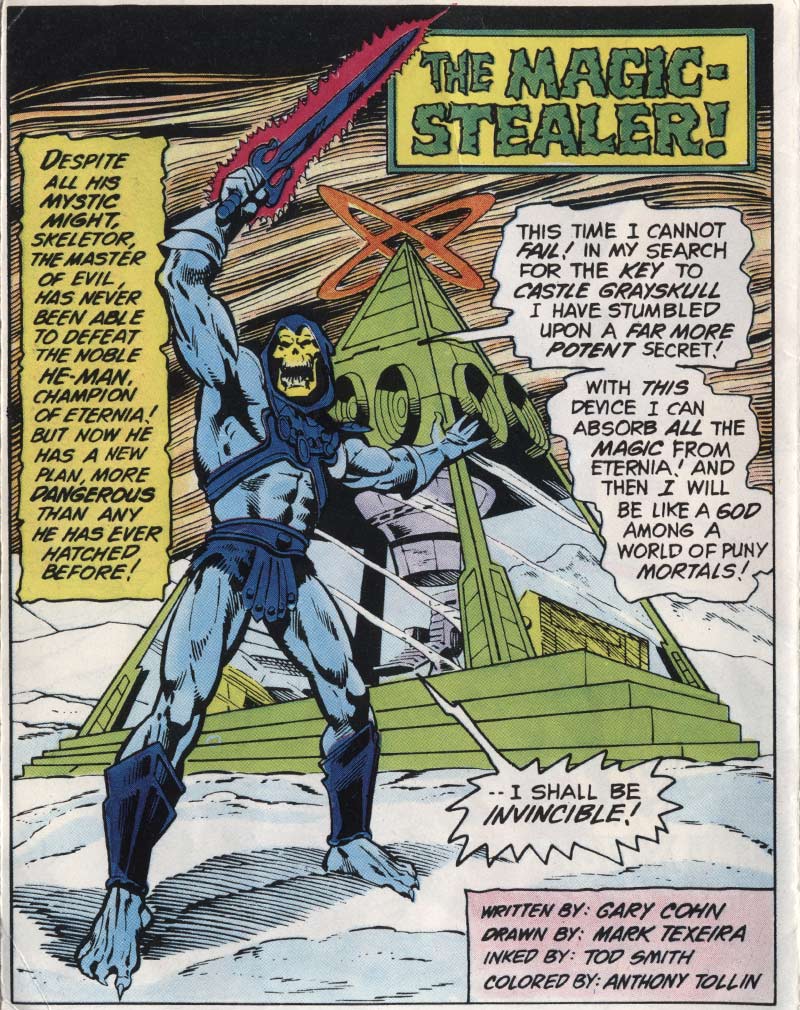 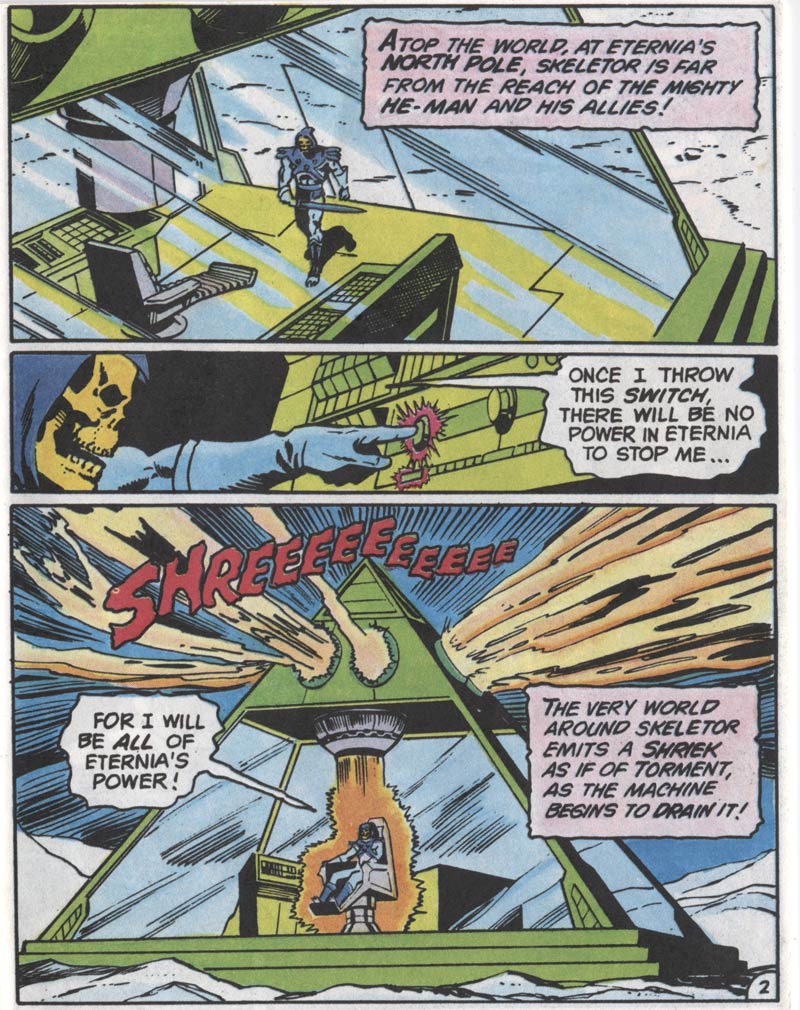 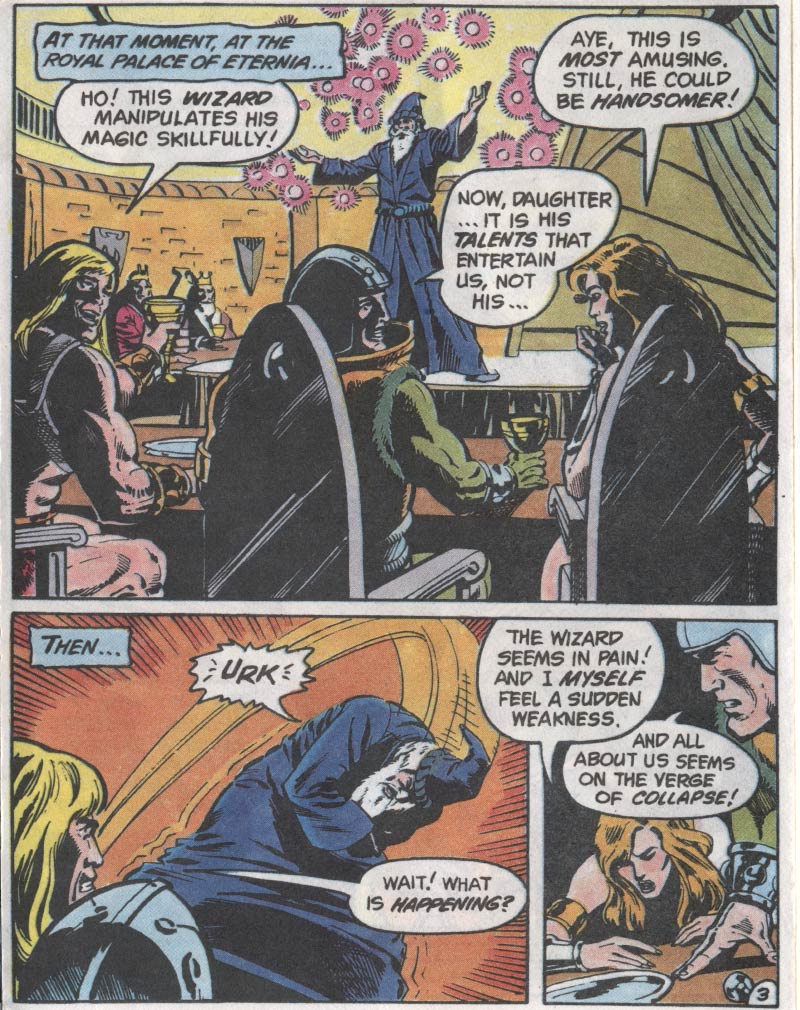 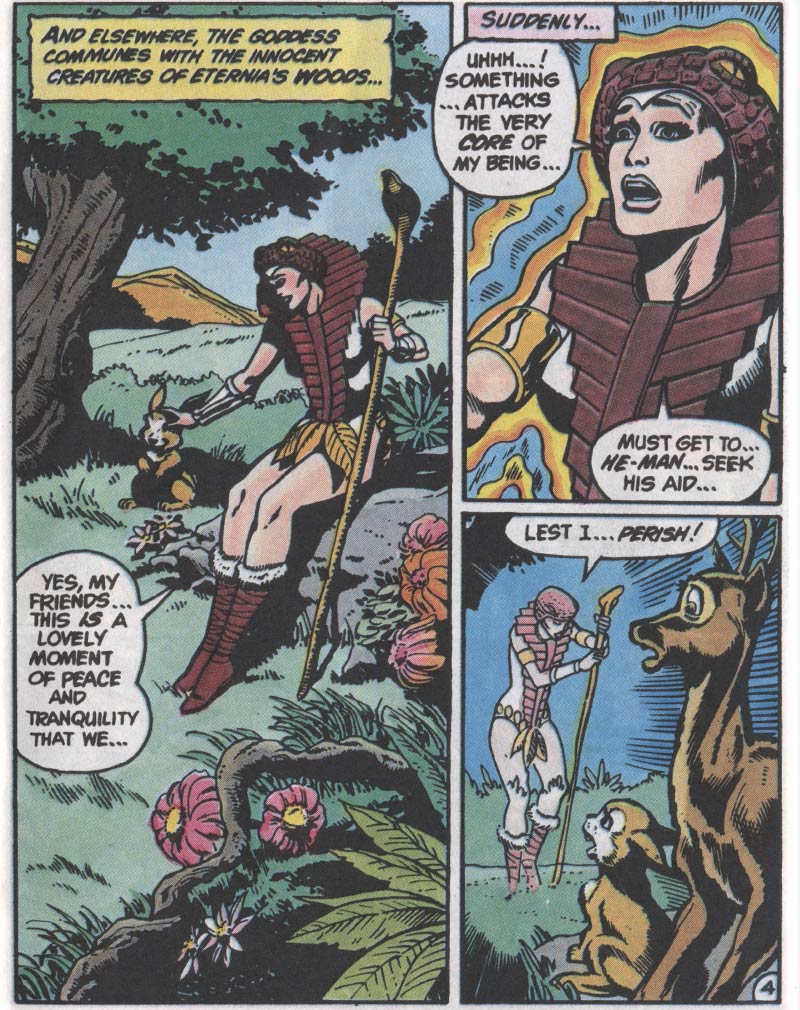 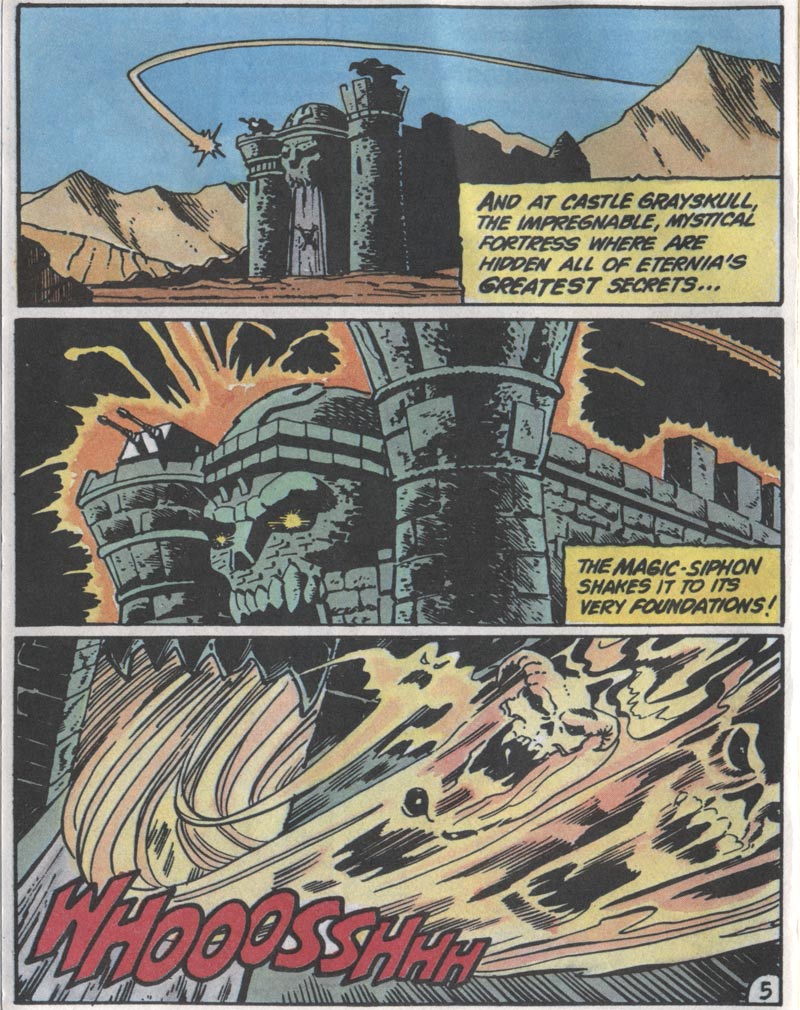 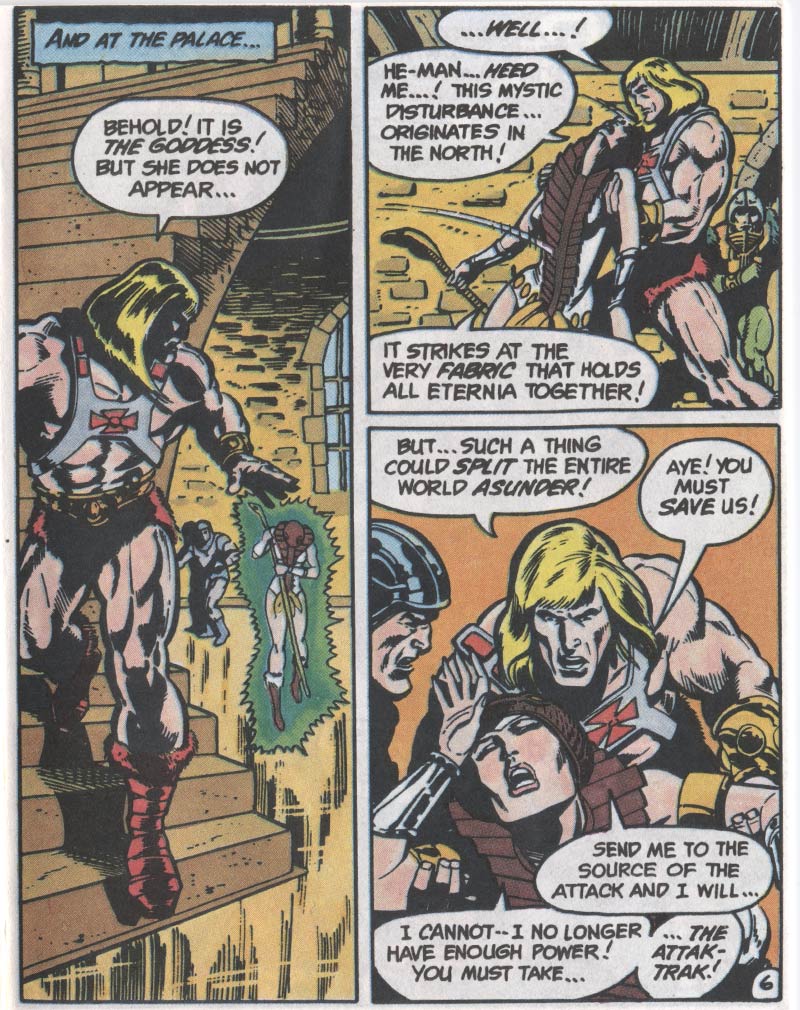 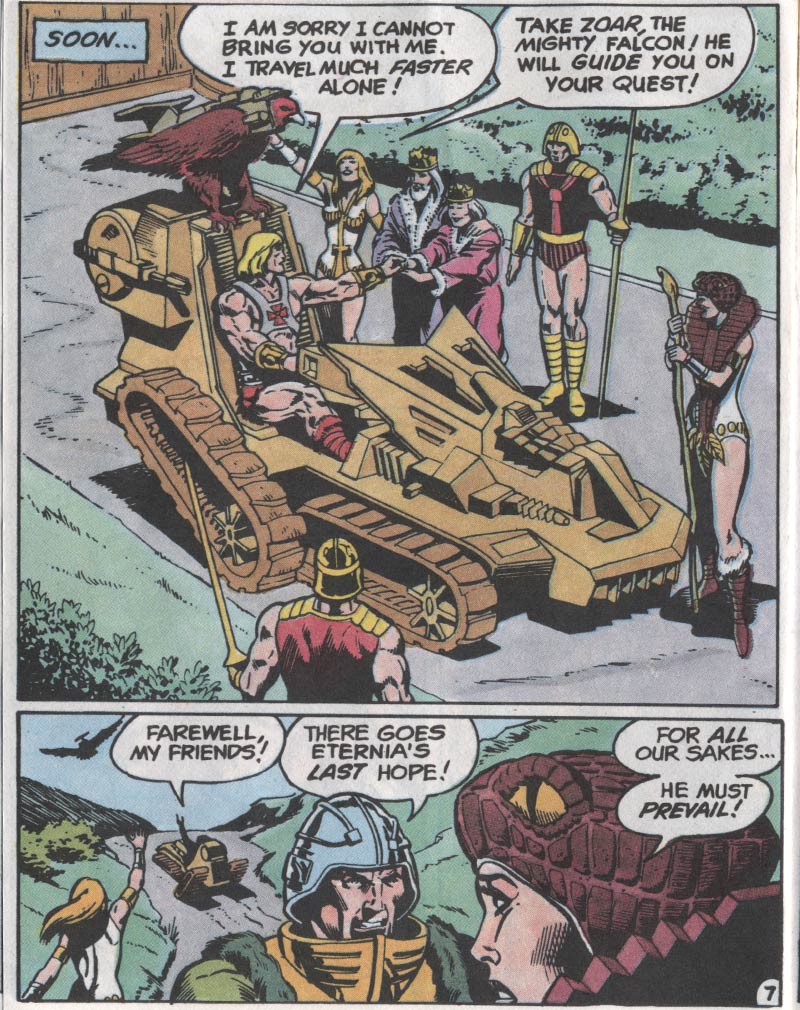 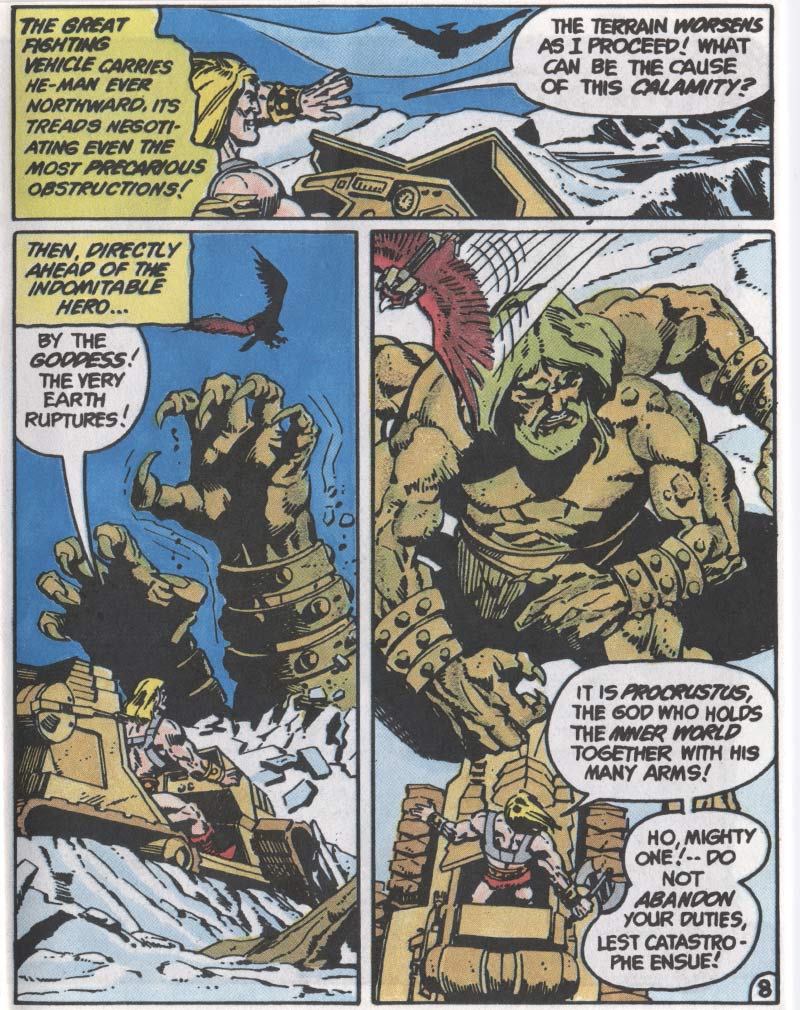 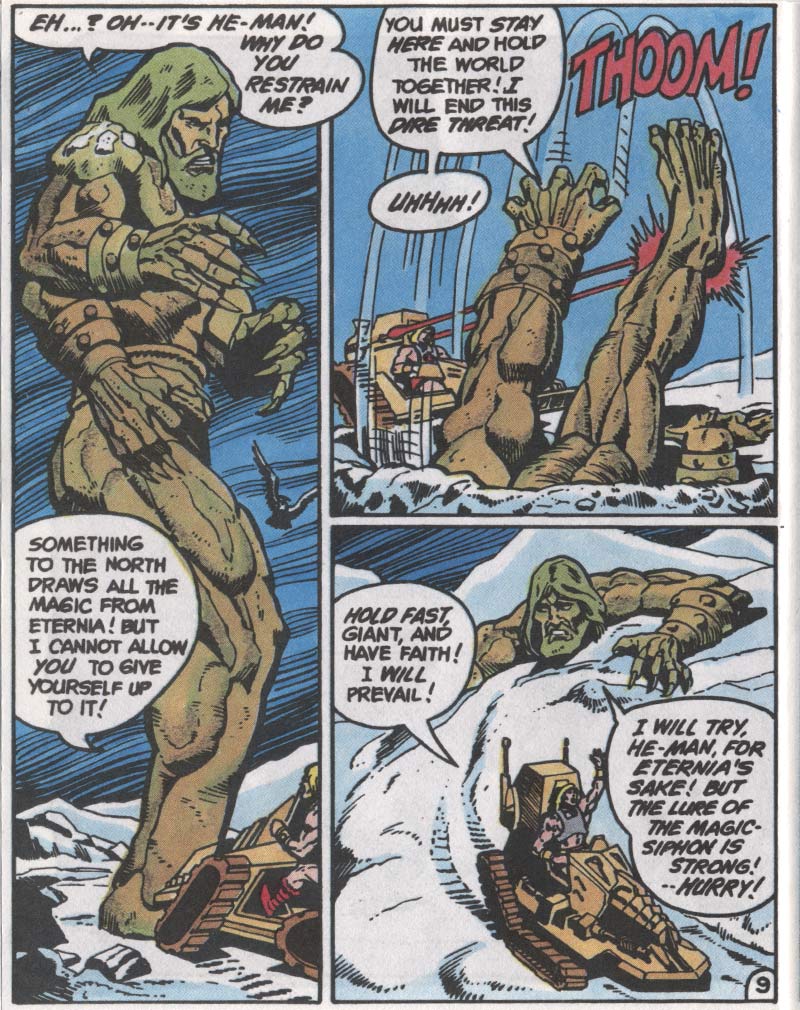 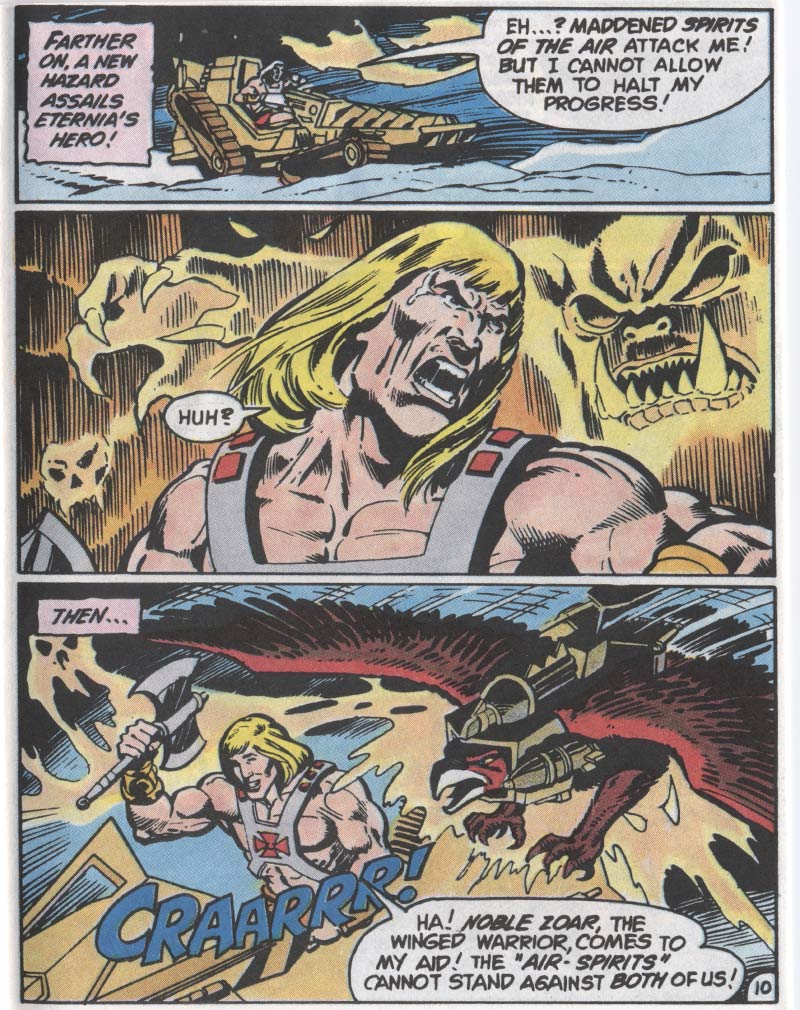 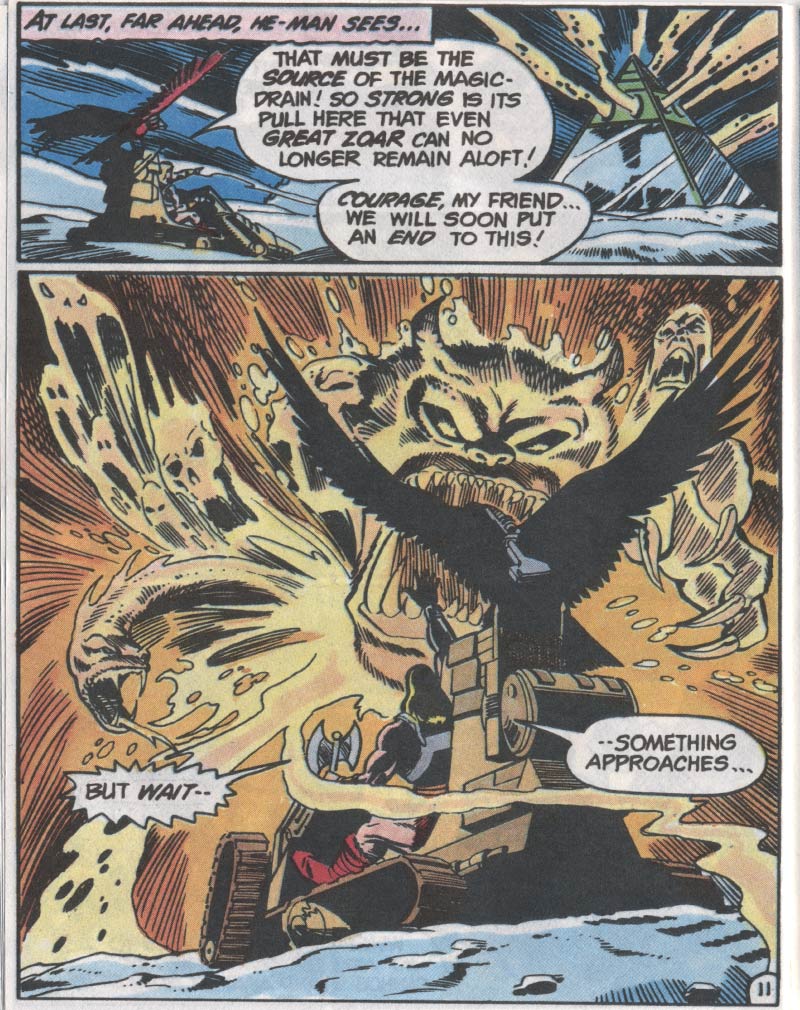 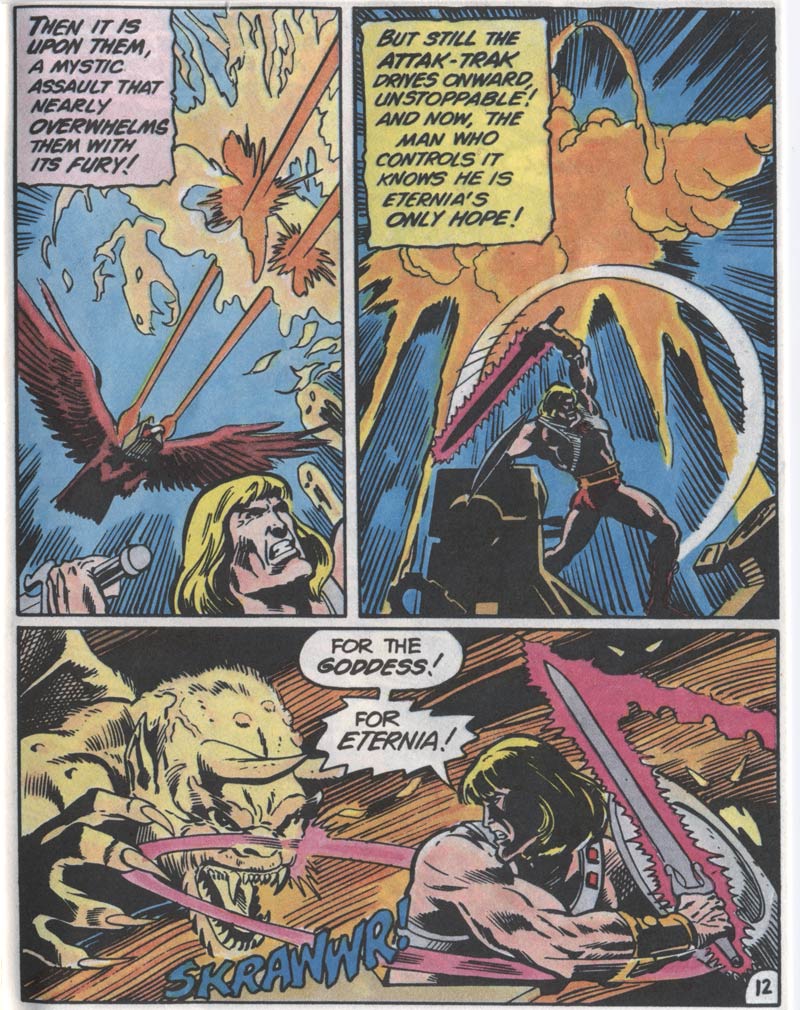 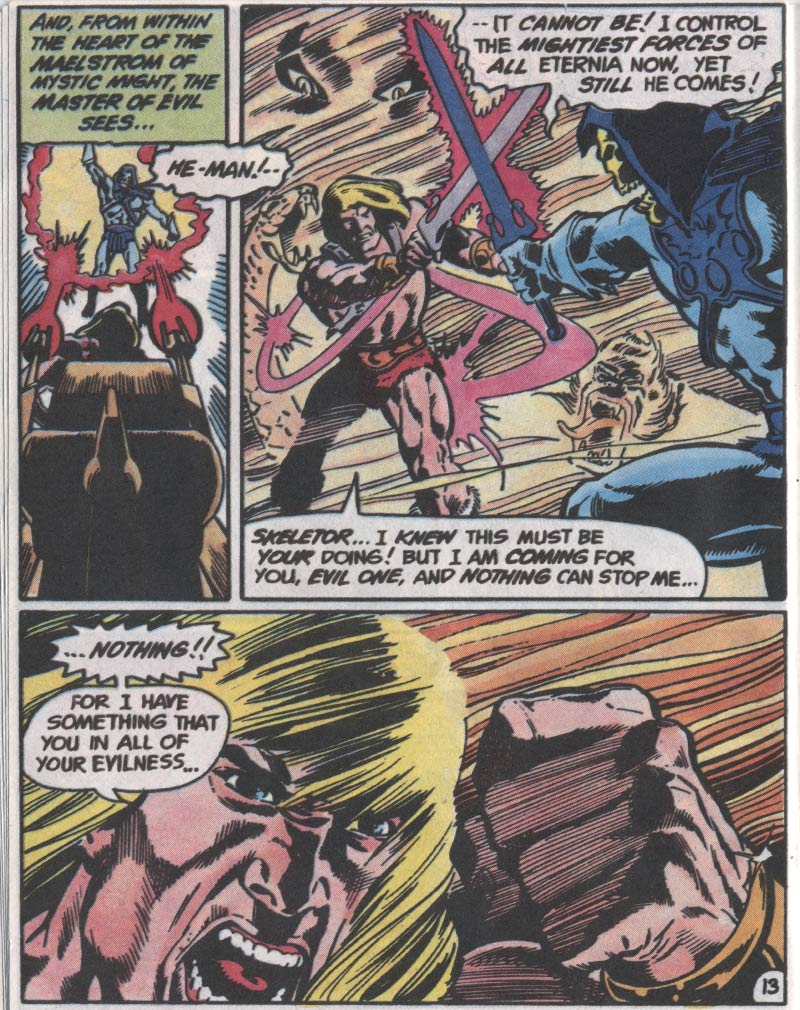 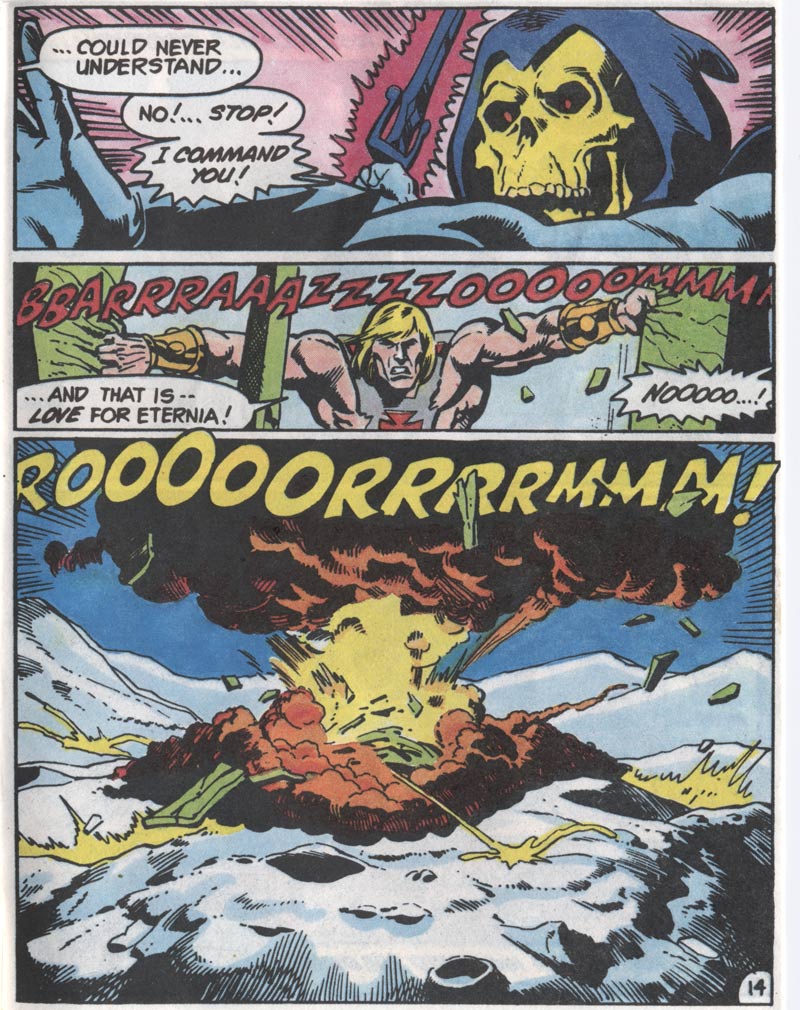 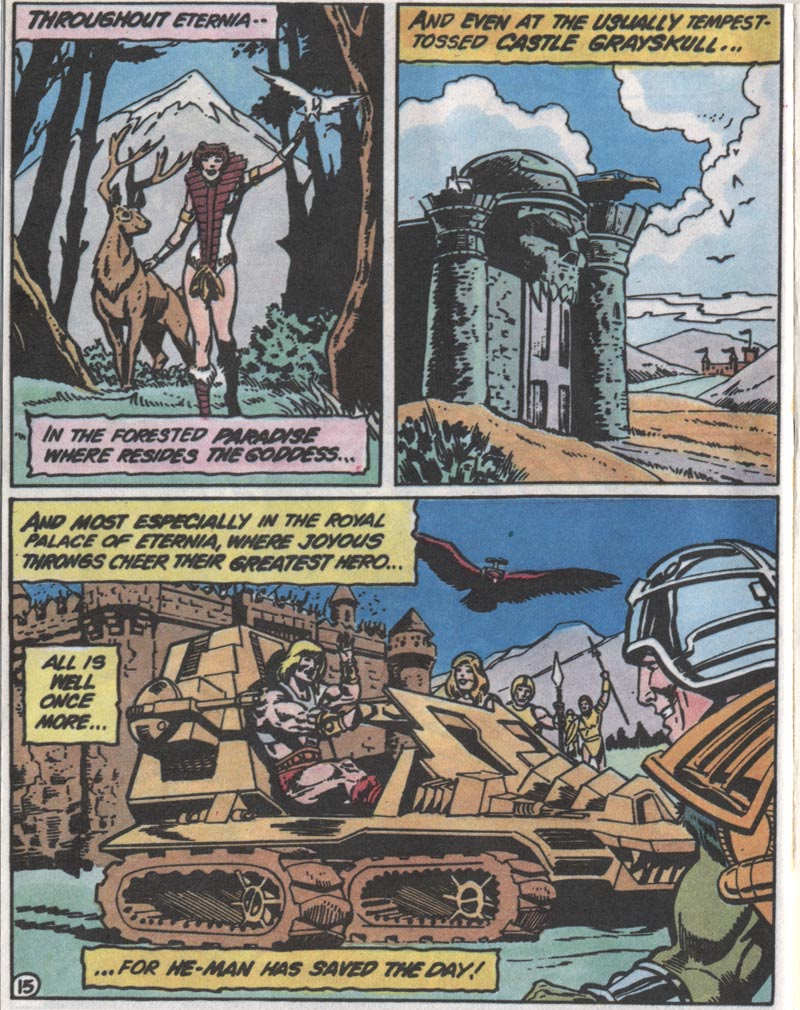