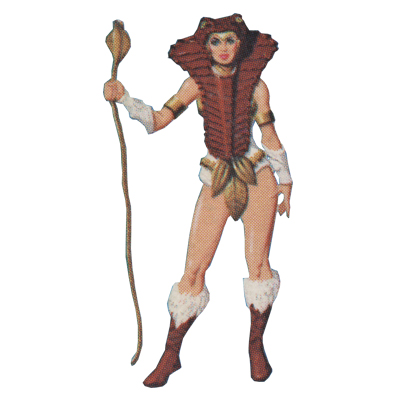 THE TALE OF TEELA!

This is the only pre-Filmation minicomic which uses the flashback literary device. The Tale of Teela! describes the magical cloning used by Skeletor to create a duplicate of the Goddess for his own ends. (In most of the other pre-Filmation minicomics, the Goddess is referred to as the Sorceress.) This plot was only possible because of the appearance of Point Dread, which has now rematerialised twenty years later. Thwarted by Man-At-Arms two decades earlier, Skeletor now has Point Dread and the Talon Fighter under his control once more, and seeks to finish what he started.

Stratos and Mer-Man make brief appearances in The Tale of Teela!; the only time they would do so in Cohn's stories, but their presence is largely inconsequential. We also see Ram-Man, Battle Cat, Beast Man, Tri-Klops and Trap Jaw in supporting roles. Even He-Man is less influential than usual in this story. Man-At-Arms, the Goddess, Teela and Skeletor are the key players. We learn that Teela is so-named because her 'mother' is named Teela. This link is of substantial significance to the pre-Filmation canon.

Skeletor uses the Talon Fighter and Point Dread to reach Castle Grayskull. At one point he stands atop the grey skull, his sword crackling with energy and the helpless Teela standing obediently behind him. The young Teela and Skeletor do battle with the Goddess and Man-At-Arms. The Goddess realises that the younger woman is the better fighter and she is about to lose the battle. She therefore uses her magic to blend herself with her clone, thereby breaking Skeletor's influence over the girl. At the end of the tale, the Goddess reverses the merging.

The tale ends well, and the Goddess secures Point Dread to Castle Grayskull. Only in the last of Cohn's tales do we find out that Skeletor manages to take command of the mystic outpost once again. The Tale of Teela! is a good story which explains that the figure titled heroic warrior goddess is actually two closely-linked characters with the same name. 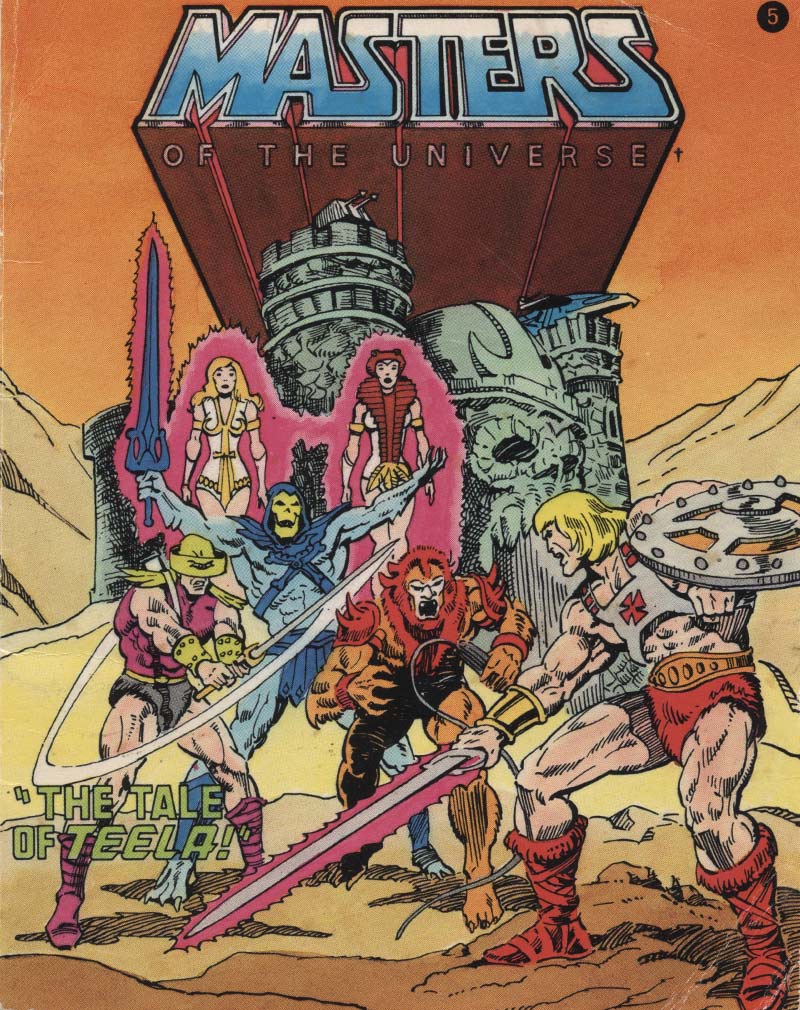 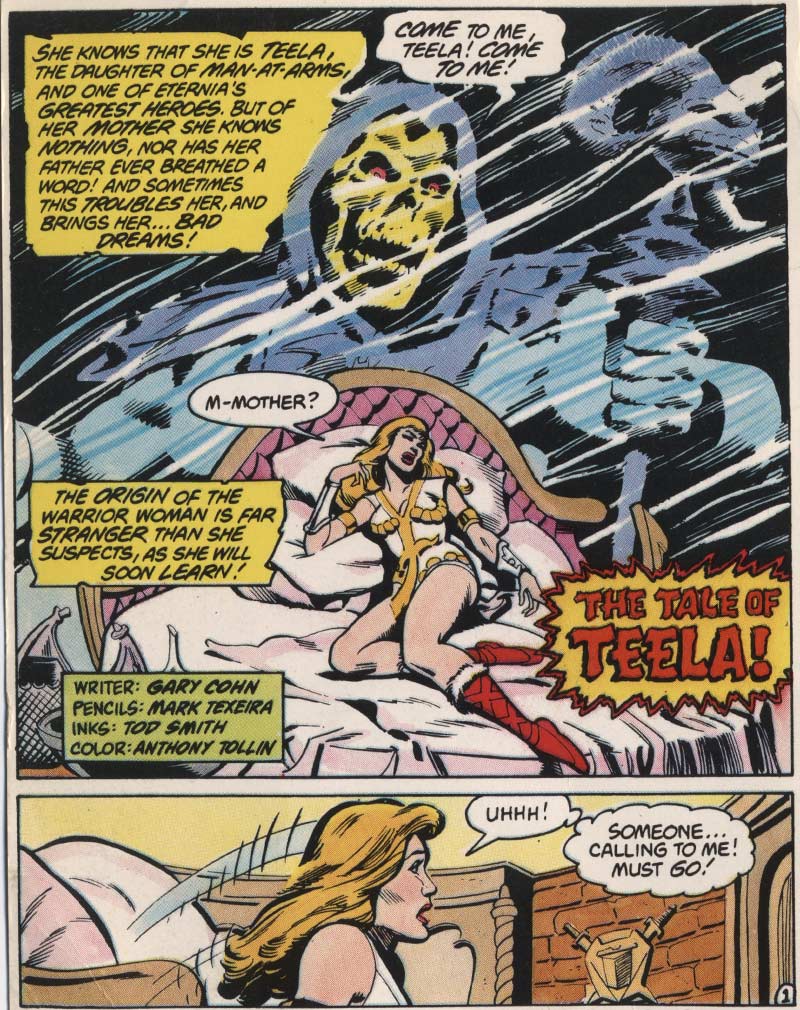 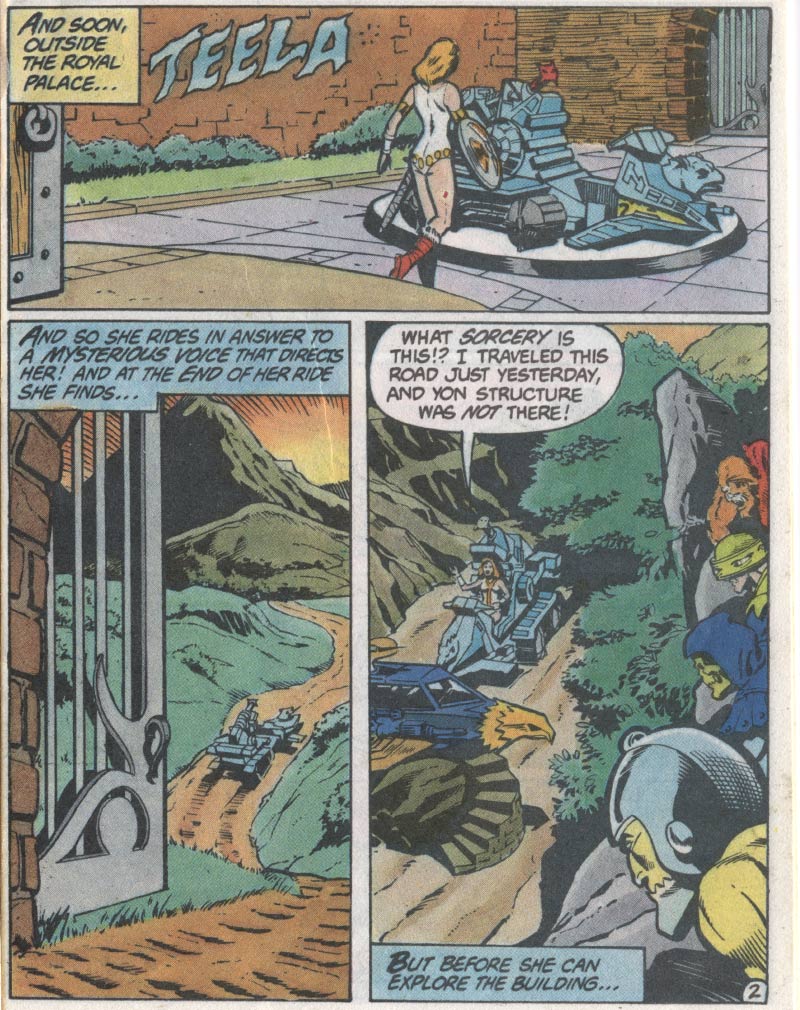 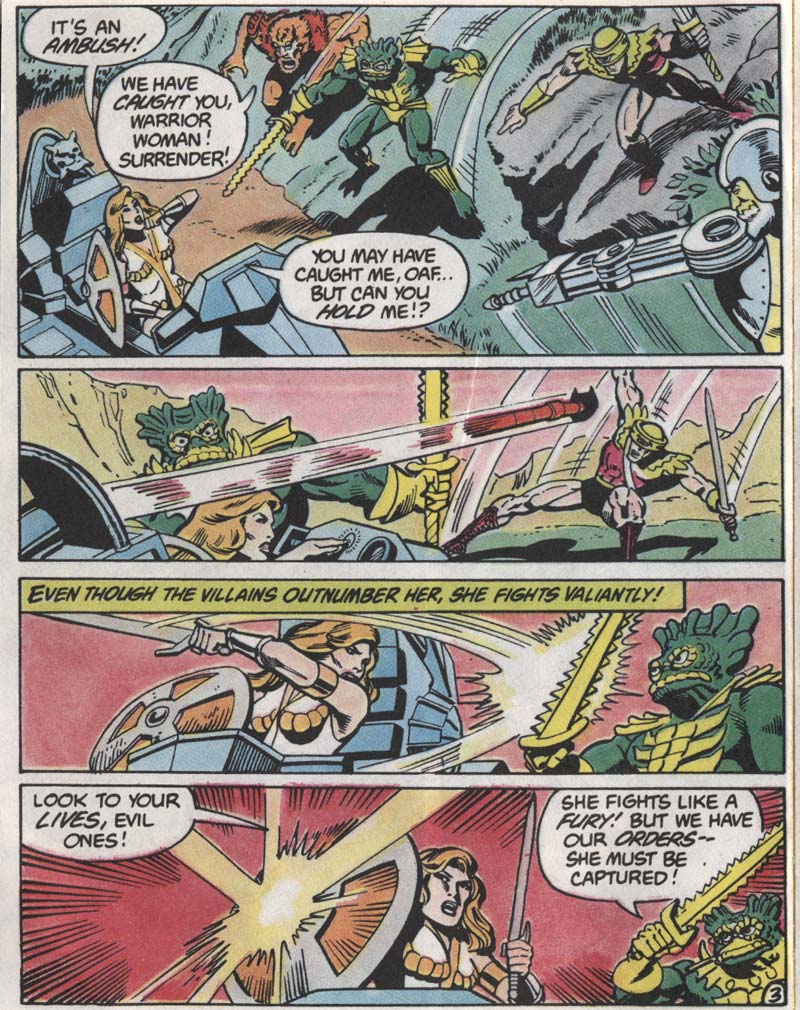 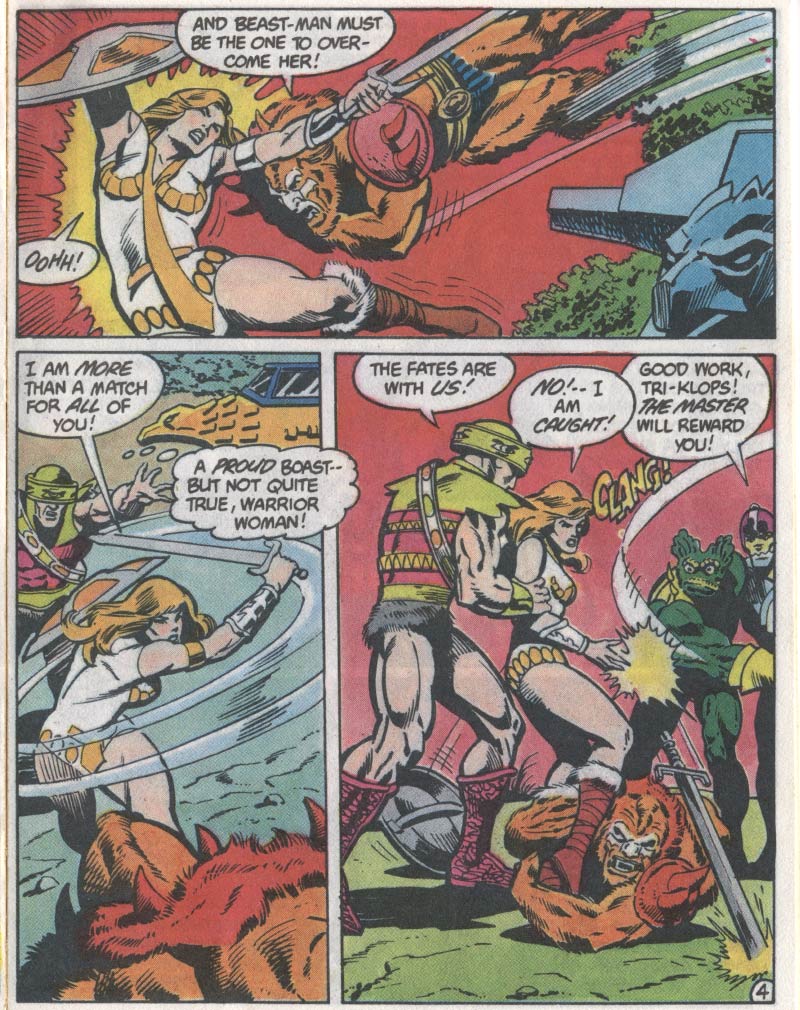 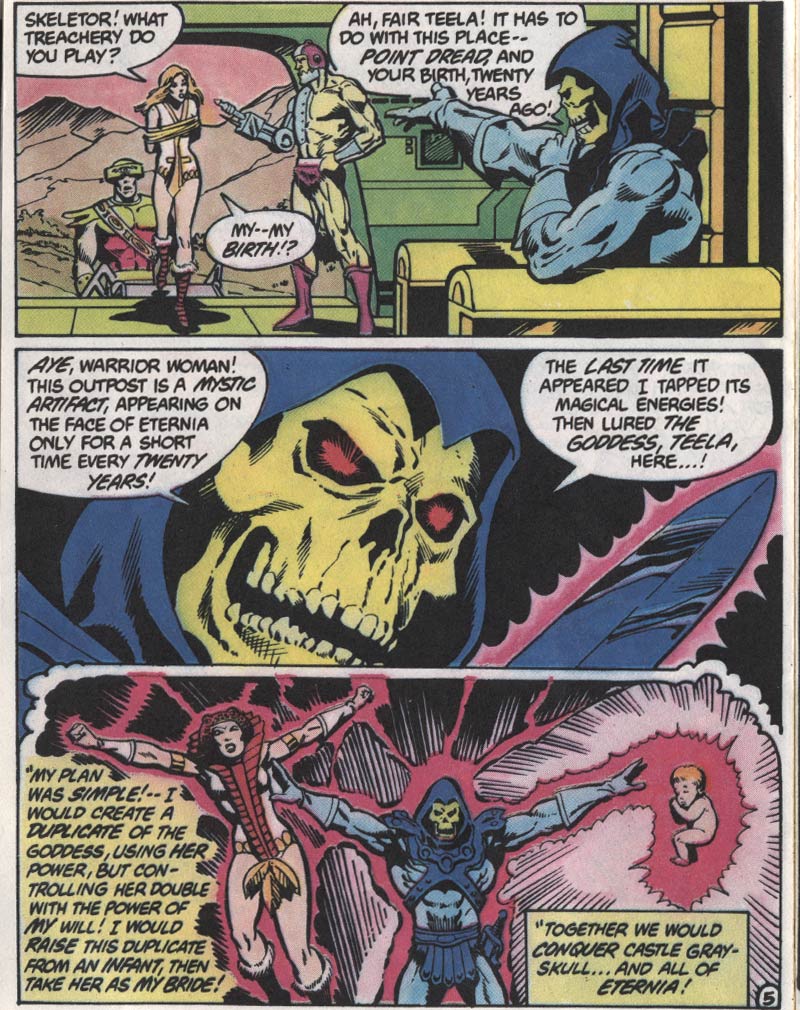 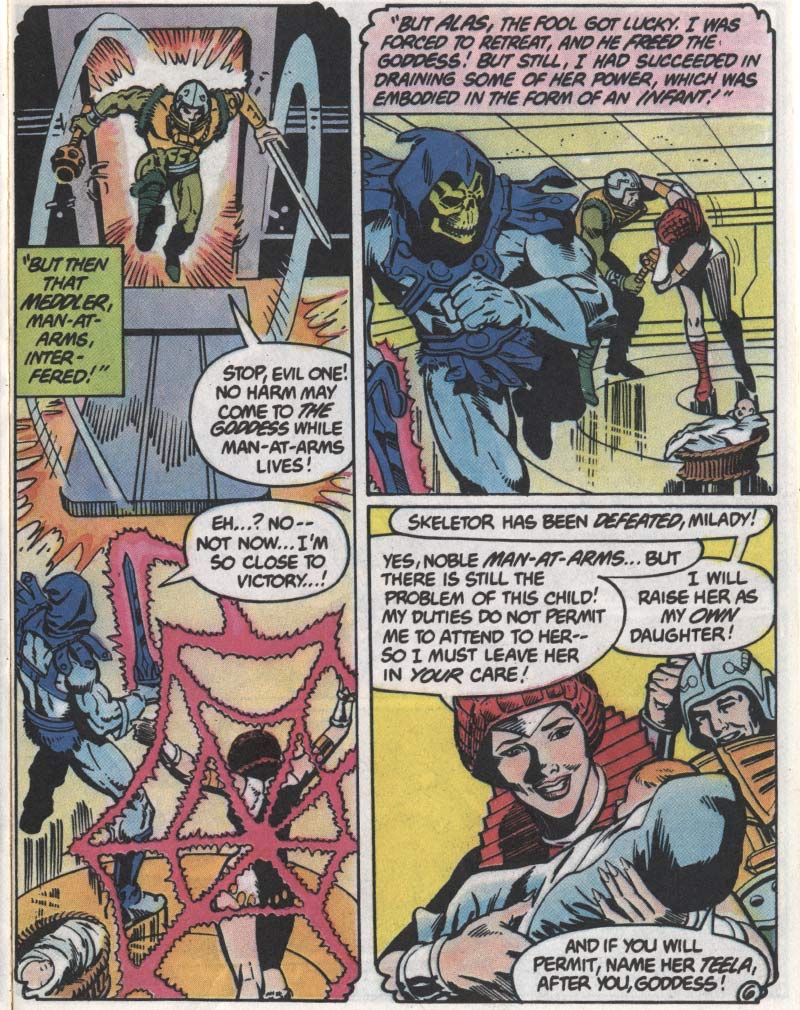 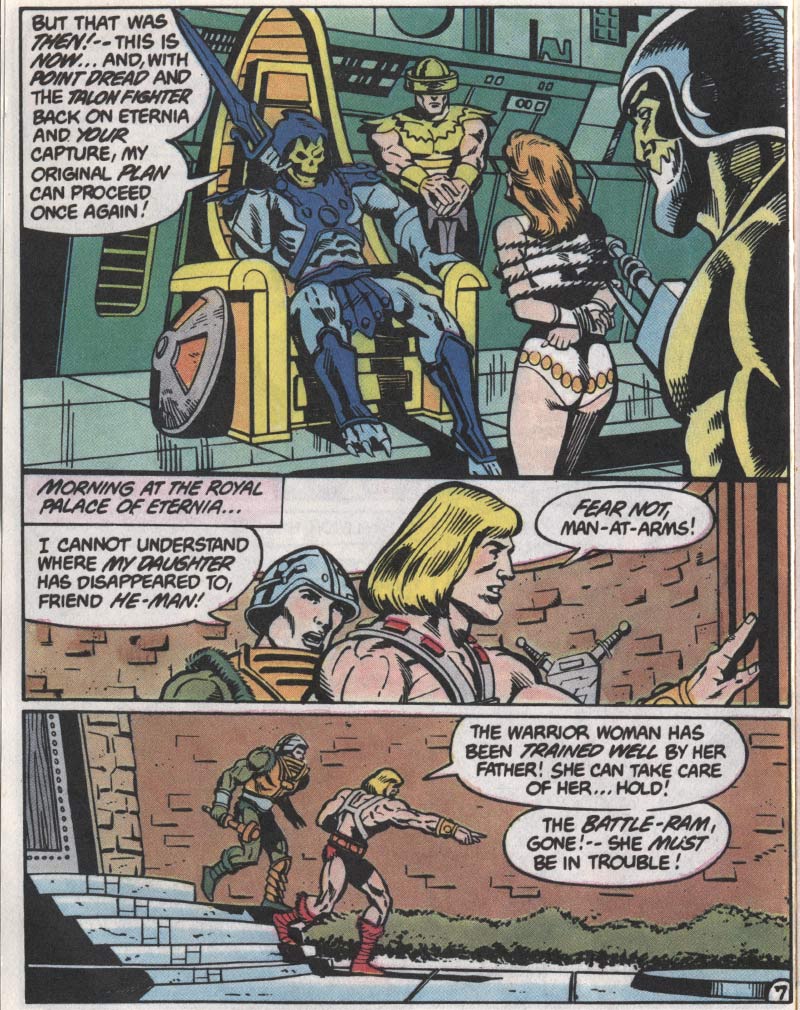 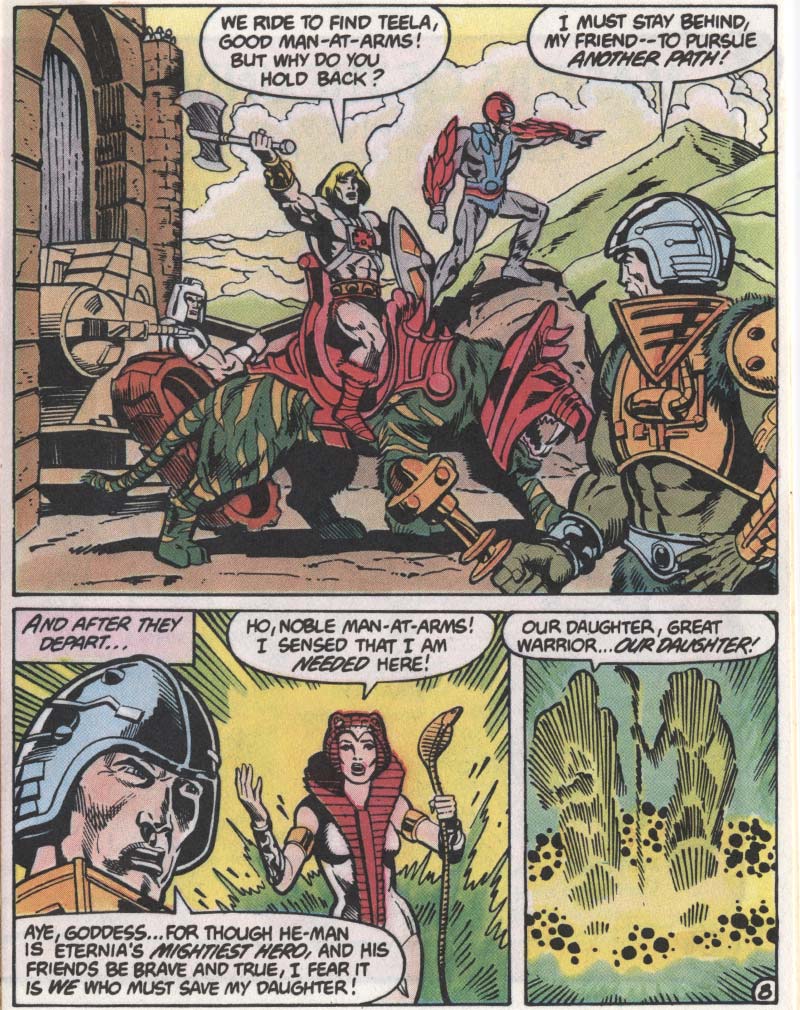 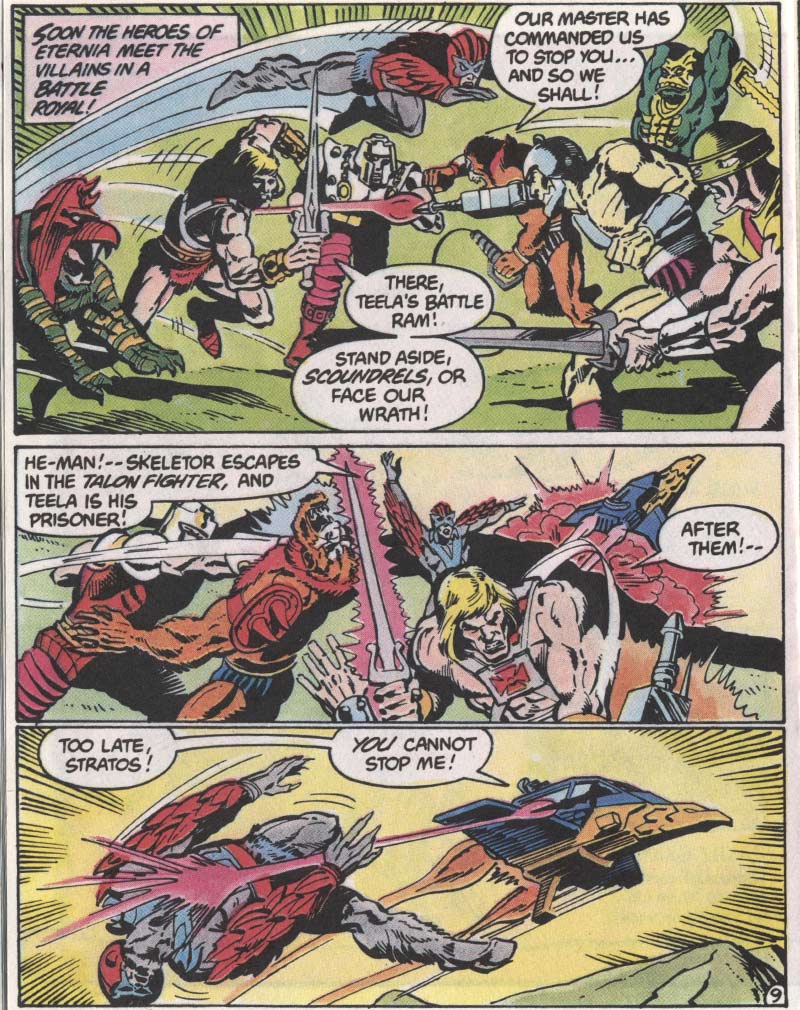 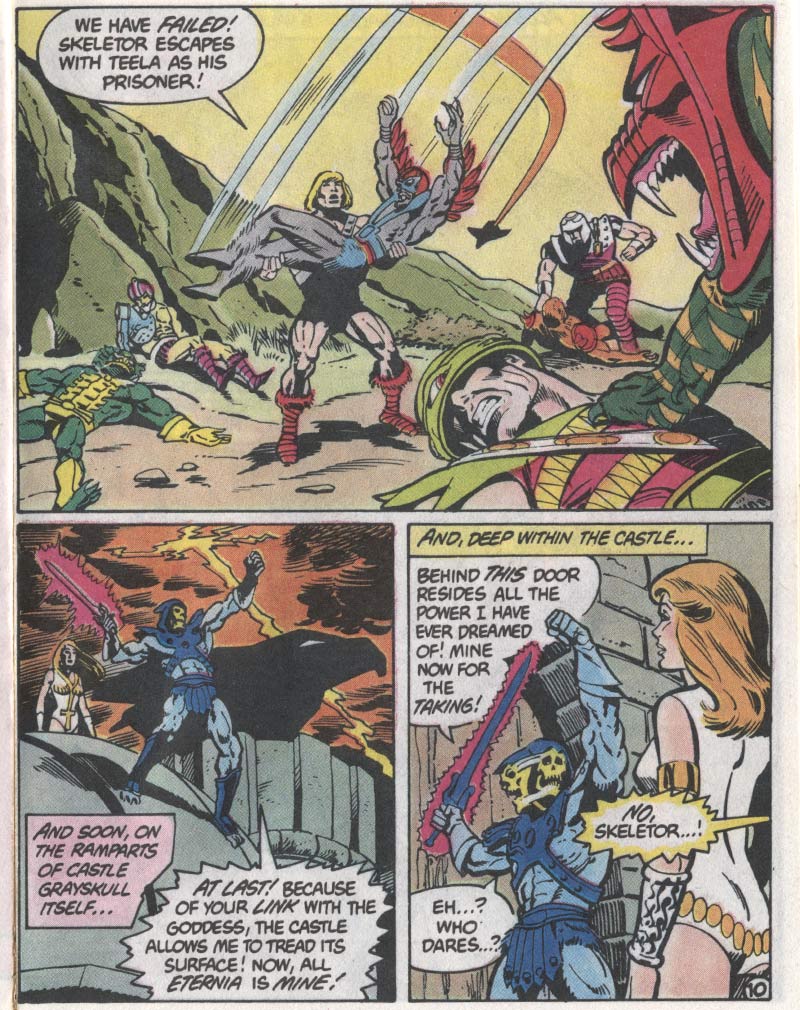 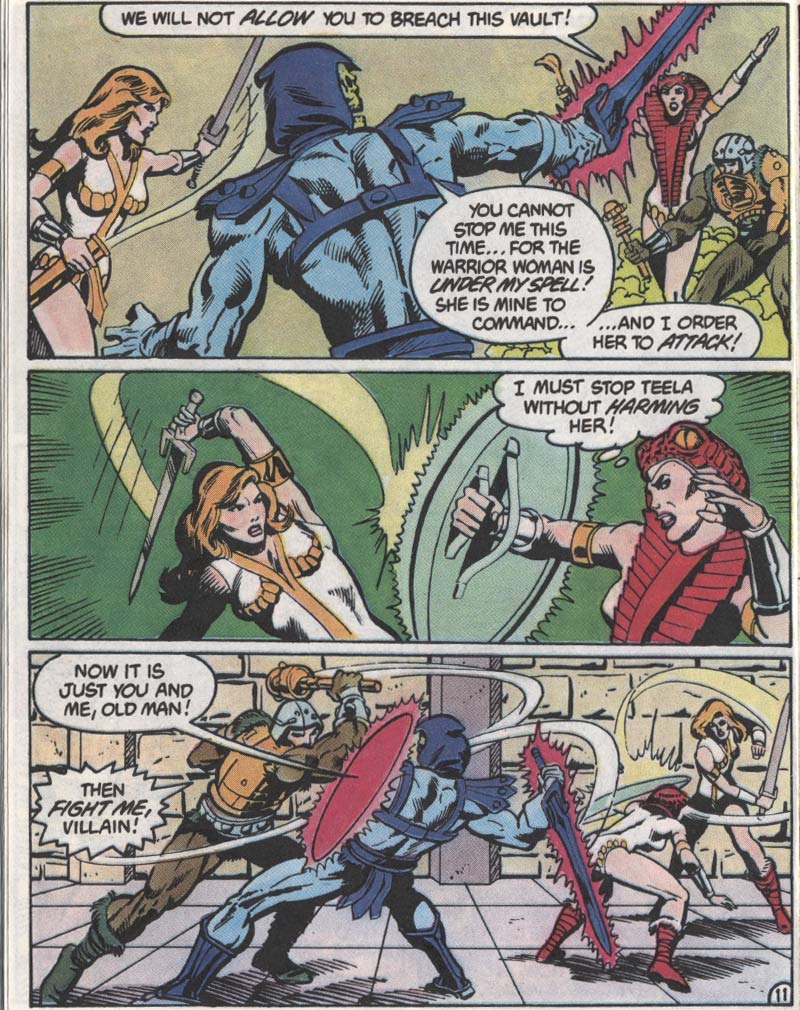 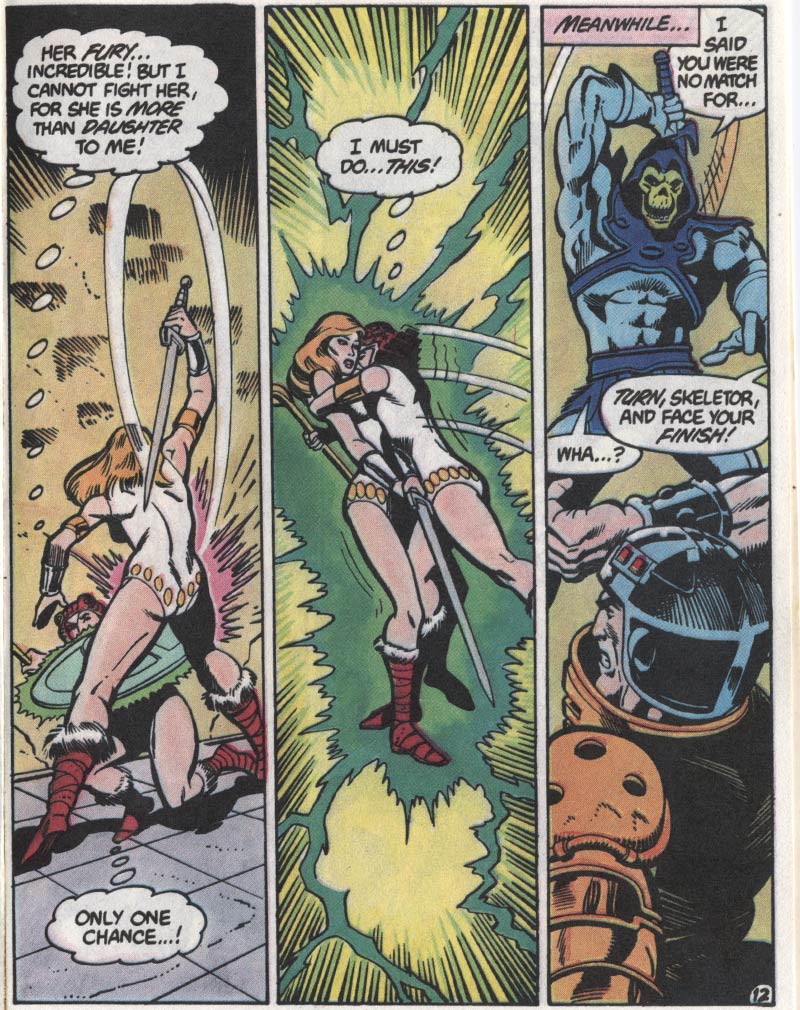 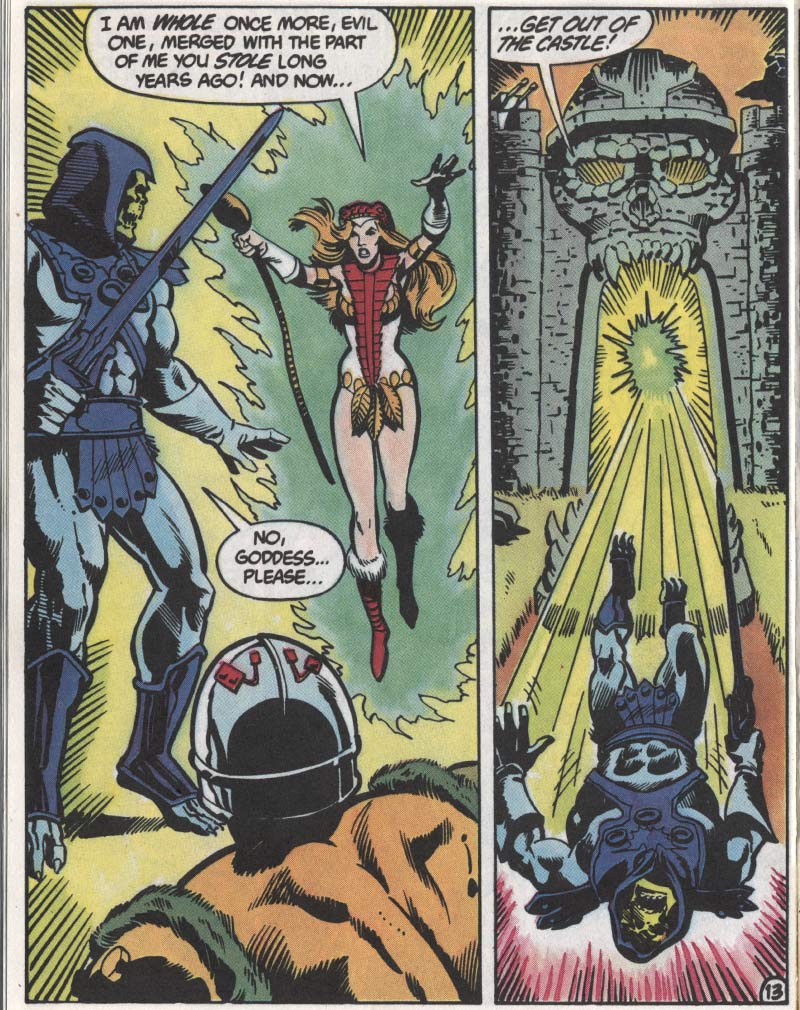 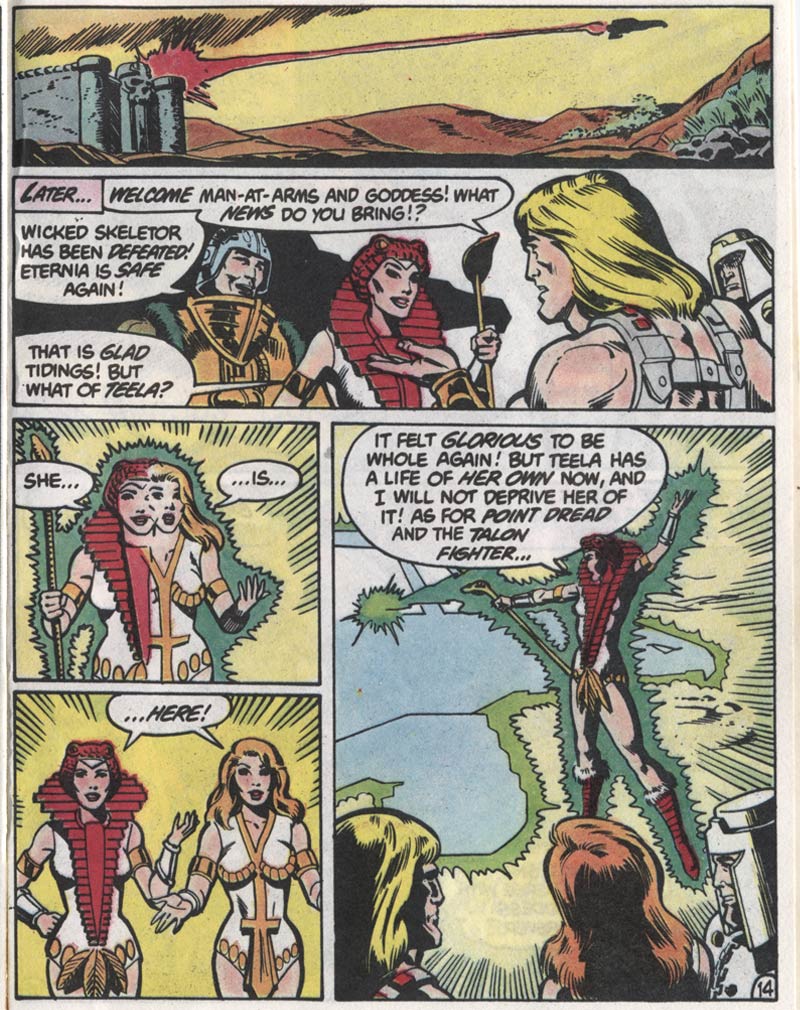 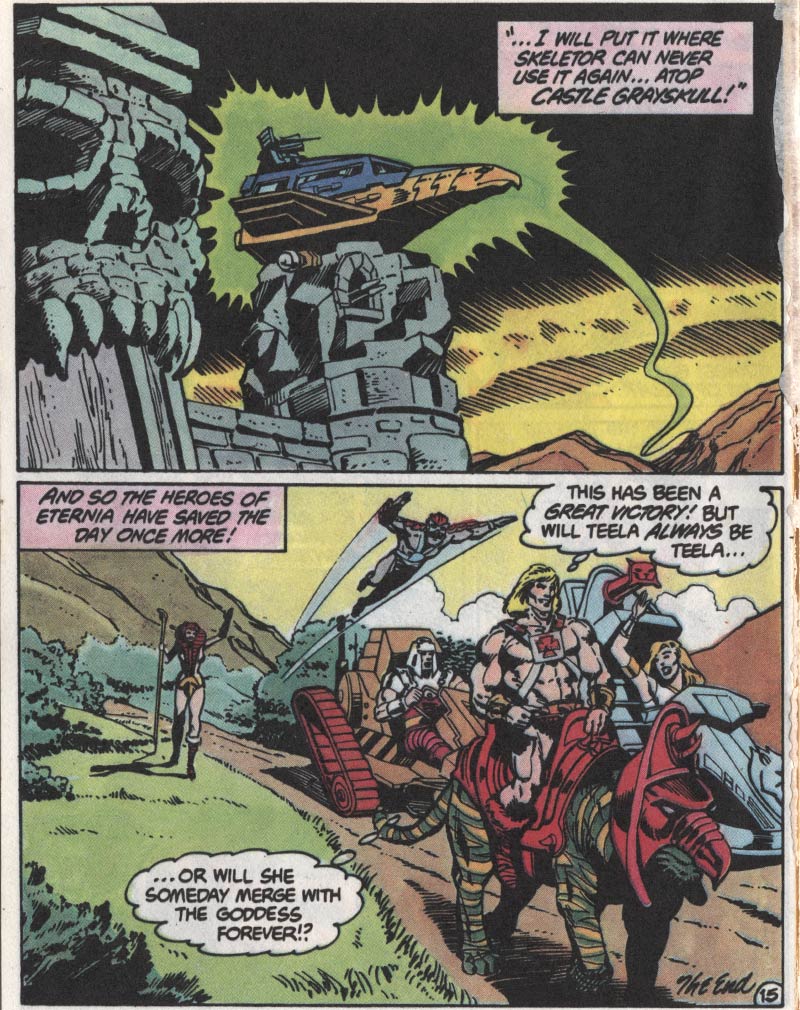