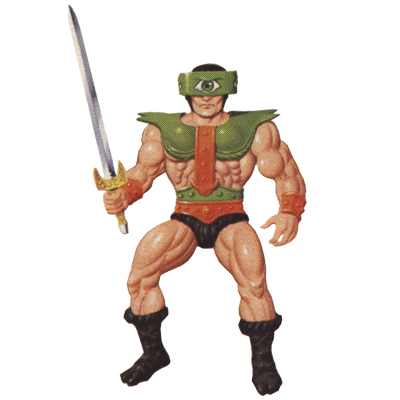 THE TERROR OF TRI-KLOPS!

Although the marketing of the MOTU presented the characters as simply good or evil, The Terror of Tri-Klops! turned that representation on its head. Tri-Klops is introduced to us as a demon-slaying mercenary who follows an honour code. He's not simply one of Skeletor's evil lackeys; he's an independent warrior of supreme strength and fighting ability. In fact he's so strong that he defeats Ram-Man, Teela and Battle Cat, and almost manages to beat He-Man as well.

It's both a pity and a missed opportunity that this characterisation was never used in any other MOTU story. This version of Tri-Klops, who warns He-Man of danger at the end of the tale, has qualities that make him substantially different from the rest of He-Man's adversaries. This Tri-Klops also has the ability to vanish magically; a skill which is also not seen again.

The illustrations in The Terror of Tri-Klops! show a pre-toy interpretation of the character, with fuller armour and armoured boots. He also has a sword with a grey metal blade and light green guard. The toy would have a dark green sword. The minicomic also features a talking Battle Cat. It's the first and most significant time we see He-Man's tiger in Cohn's stories, although he does appear in The Tale of Teela! and is mentioned in The Power of... Point Dread!.

Skeletor is shown to have the ability to influence the thoughts of others with the help of an unnamed handheld device. But what is particularly important is Cohn's representation of Beast Man. It is Beast Man who suggests to Skeletor that he locates Tri-Klops in the first place, understanding that the mercenary is the best chance Skeletor has of defeating He-Man. Although Beast Man is a lackey, he isn't stupid. Dumbing down Beast Man (and many of the other characters) later on can be blamed on the Filmation cartoon. That's why there is still strong support for the pre-Filmation era. 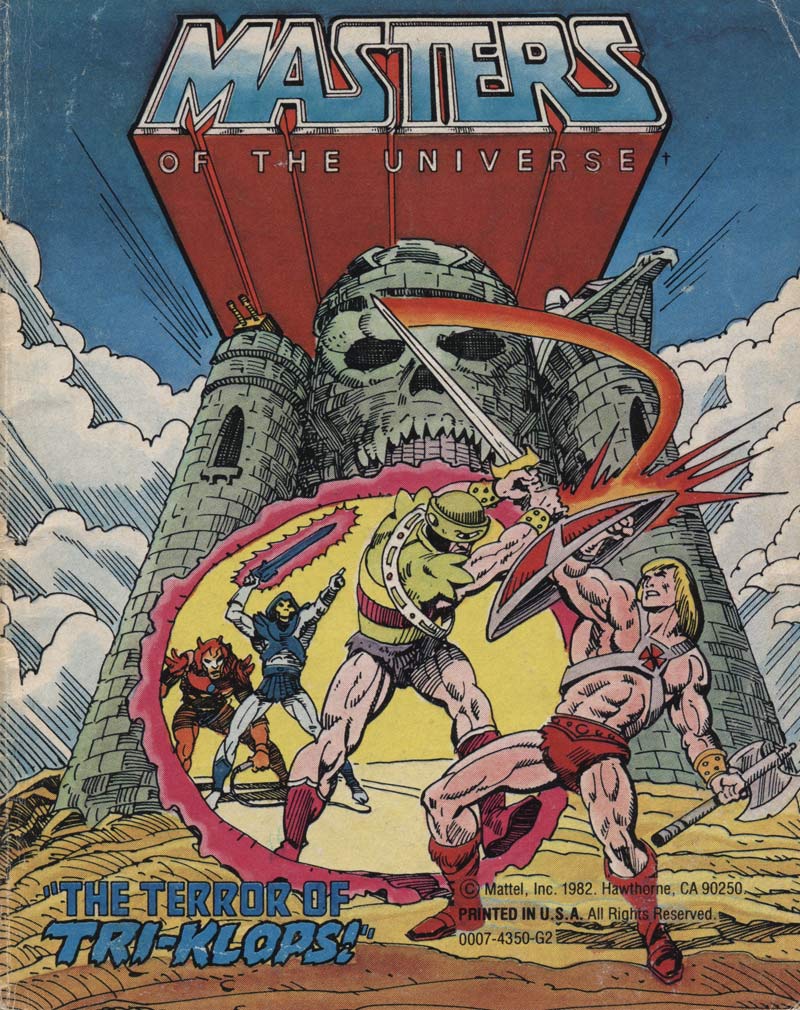 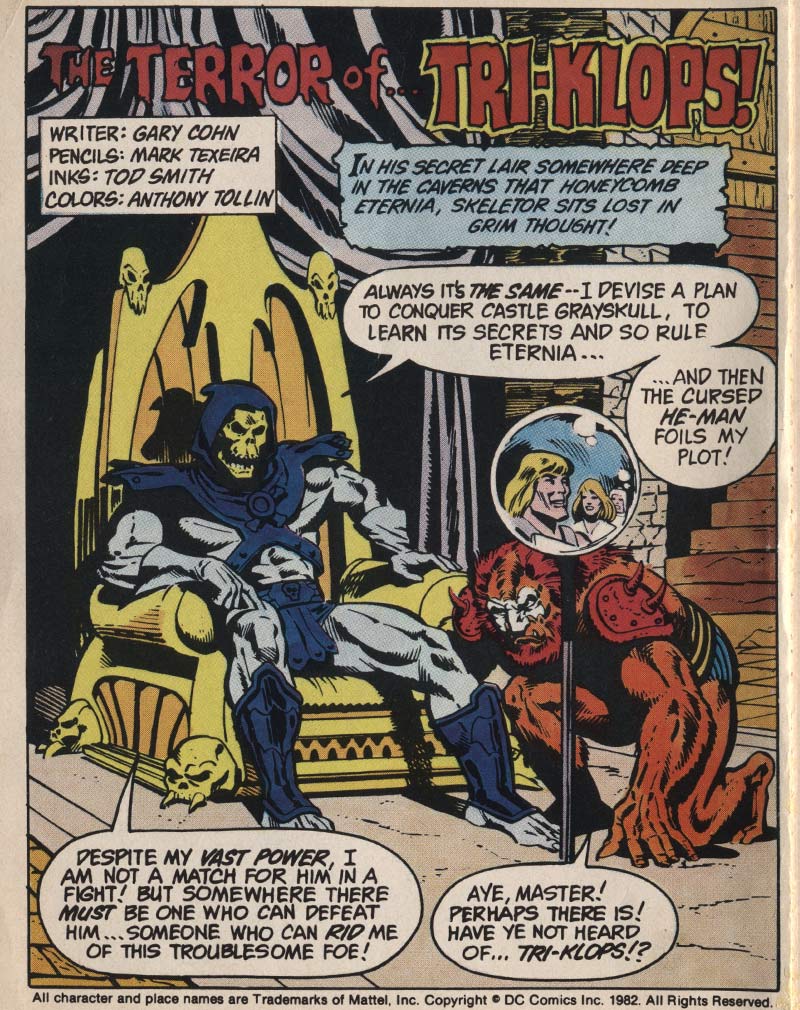 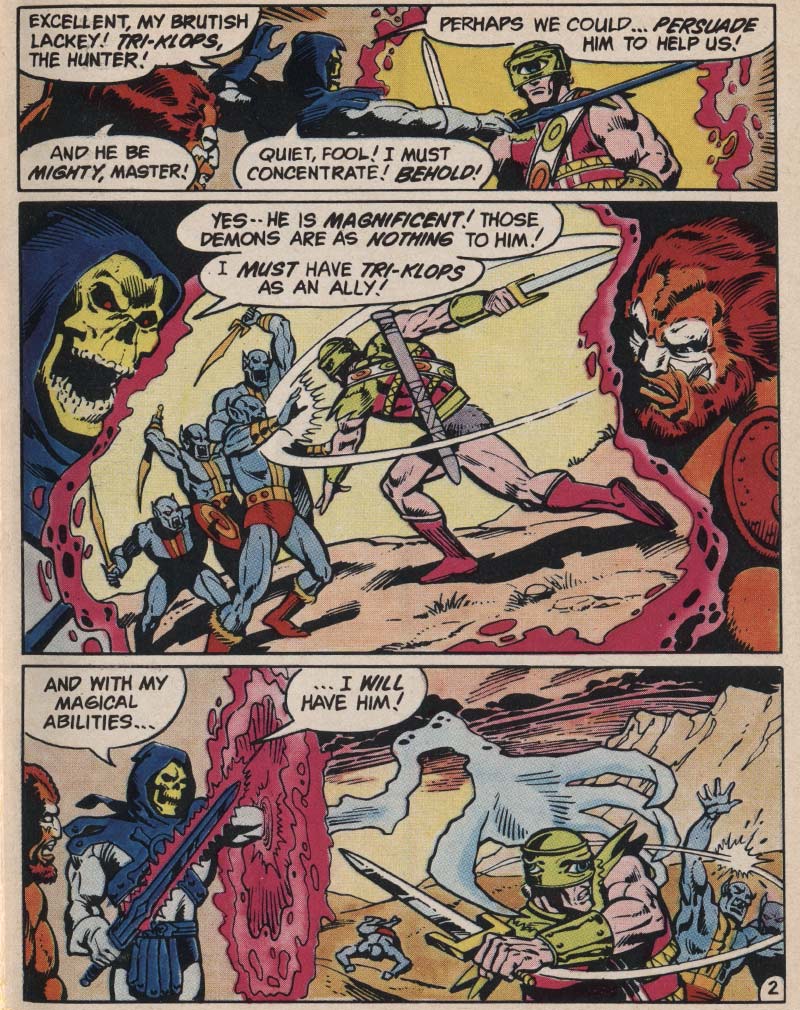 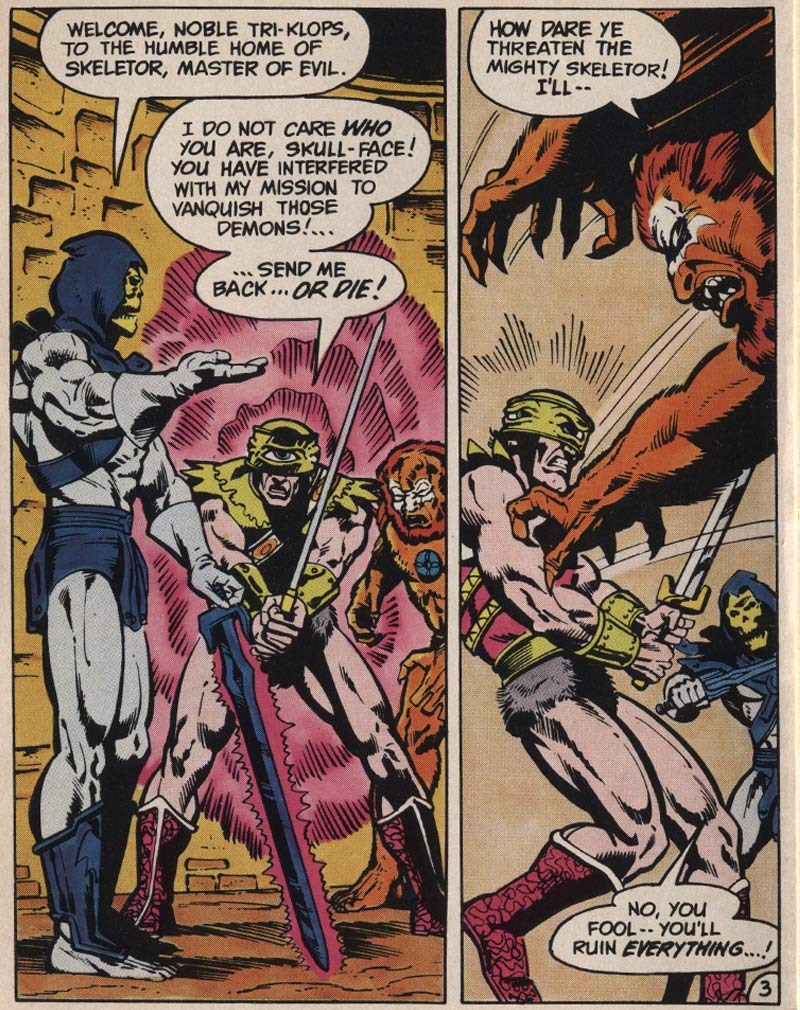 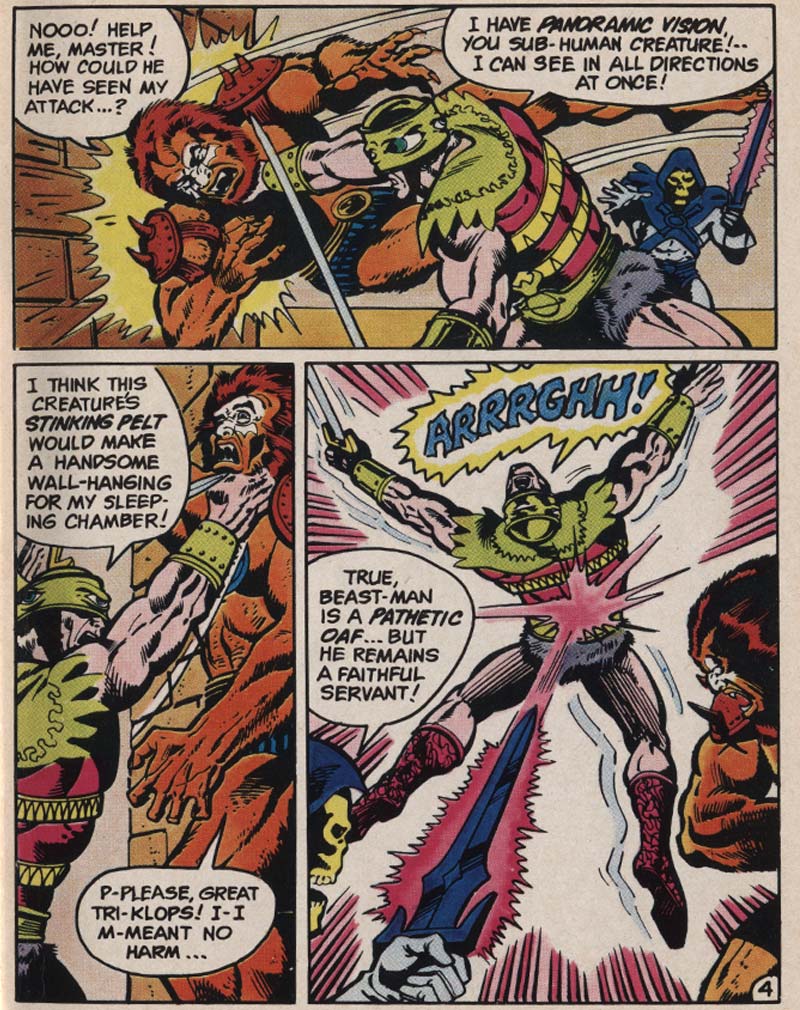 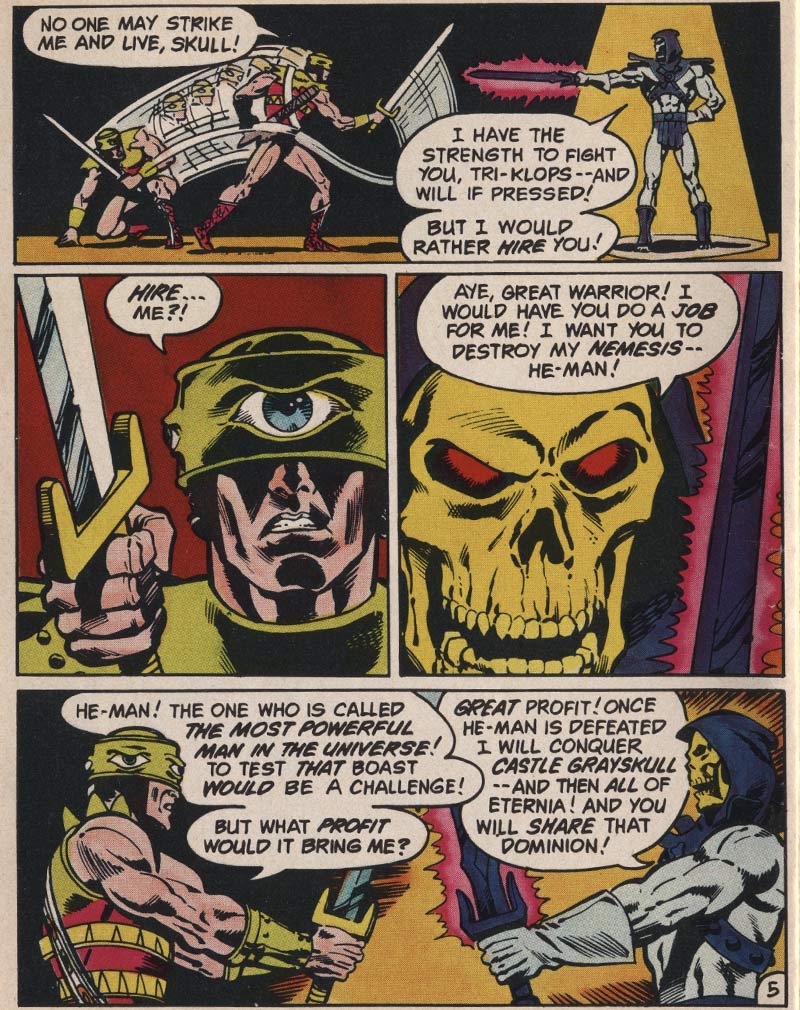 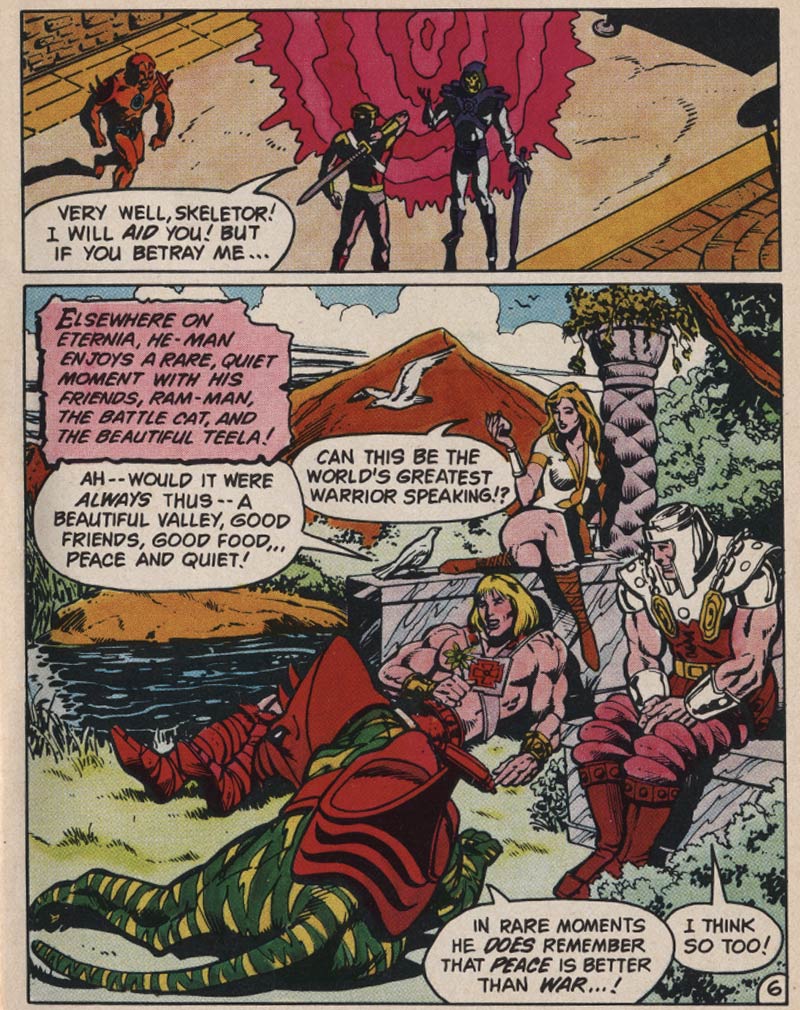 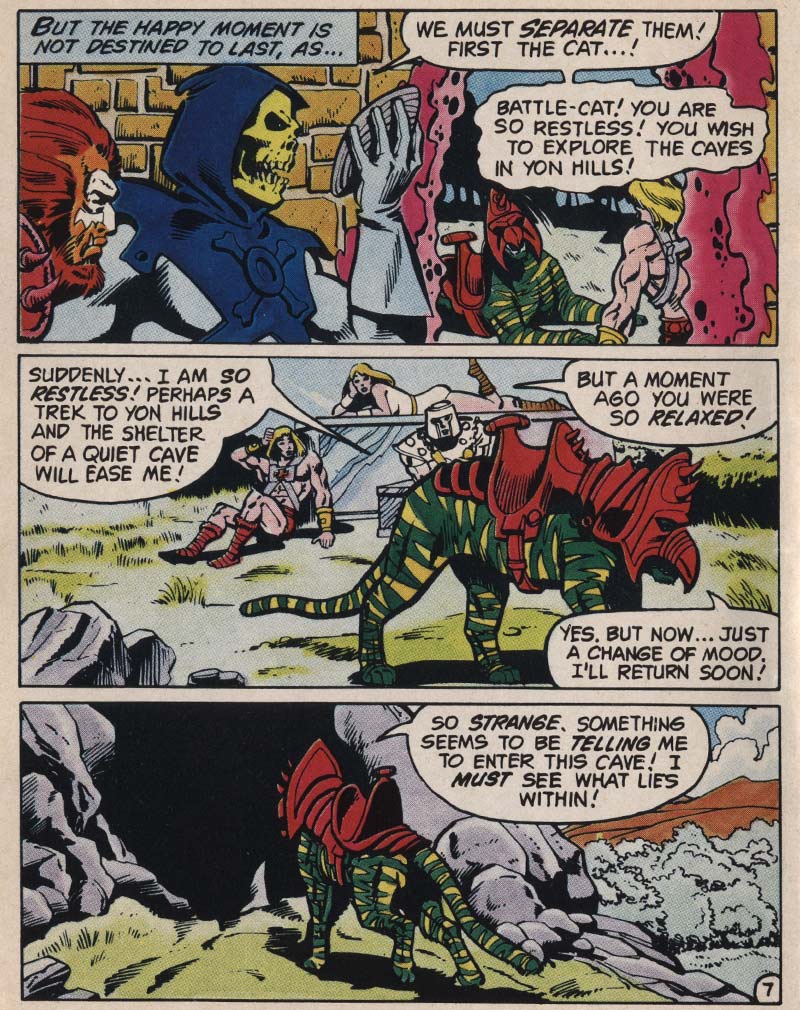 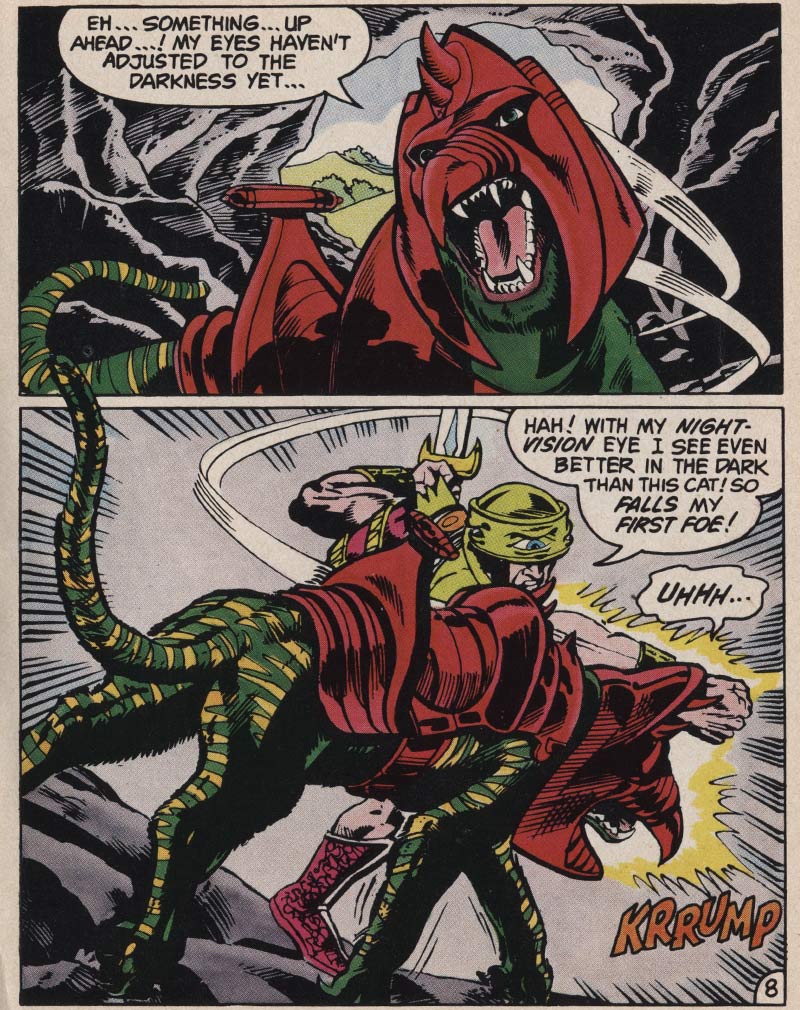 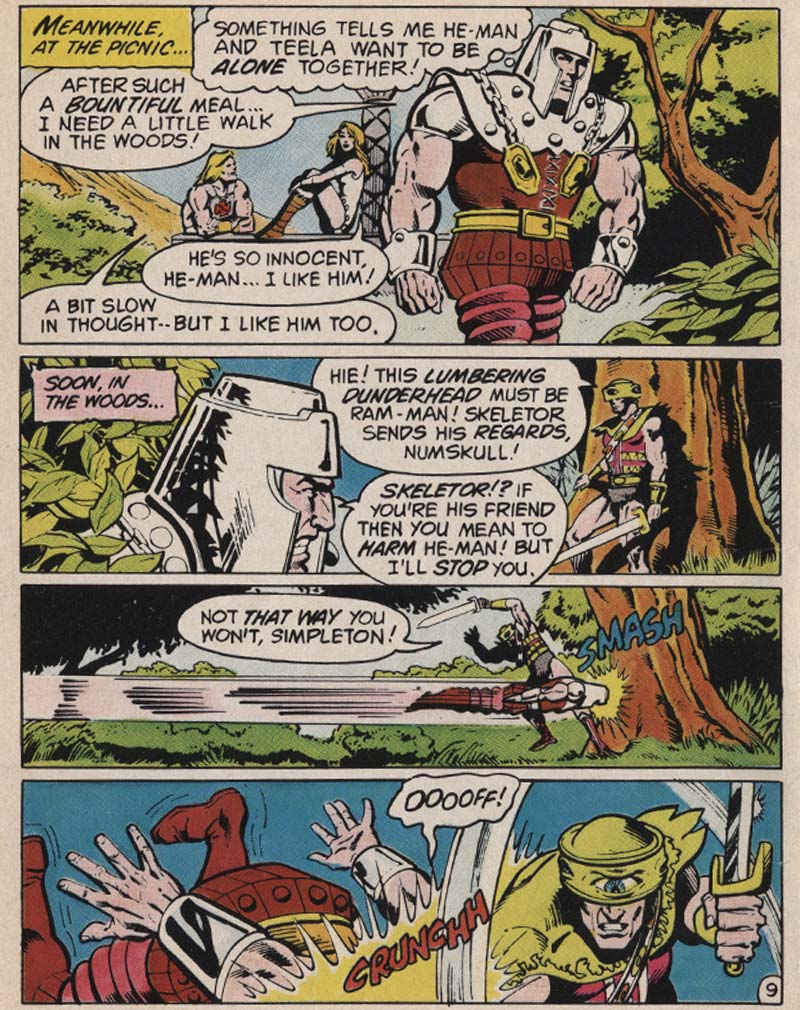 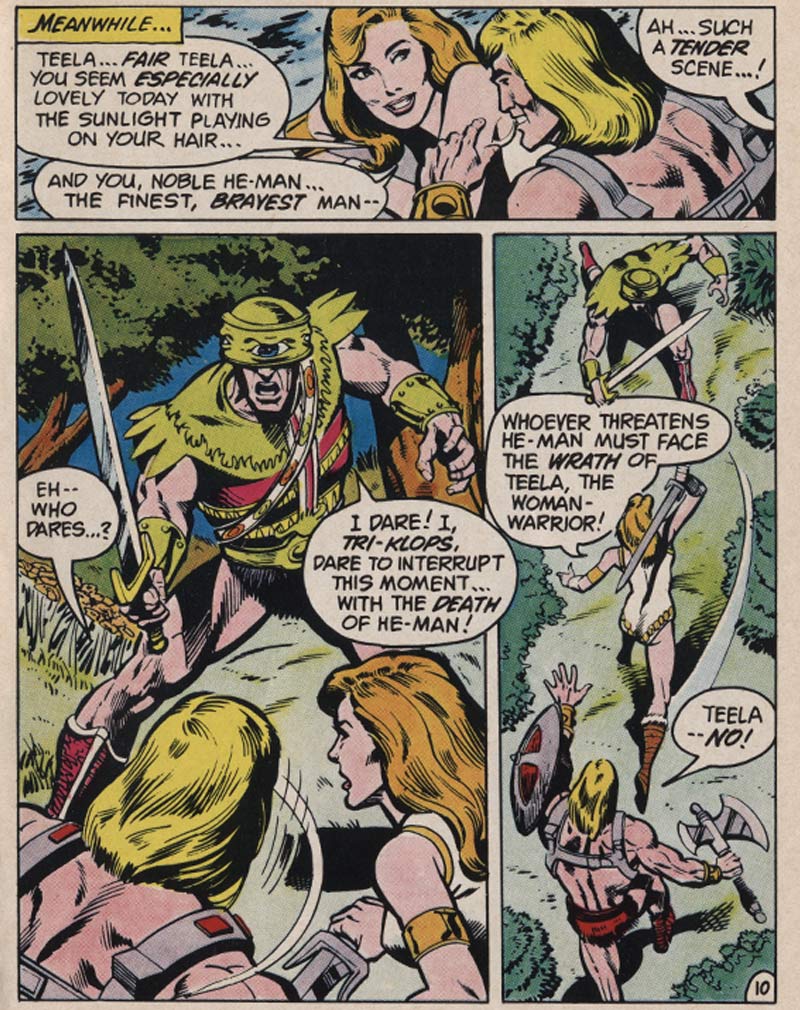 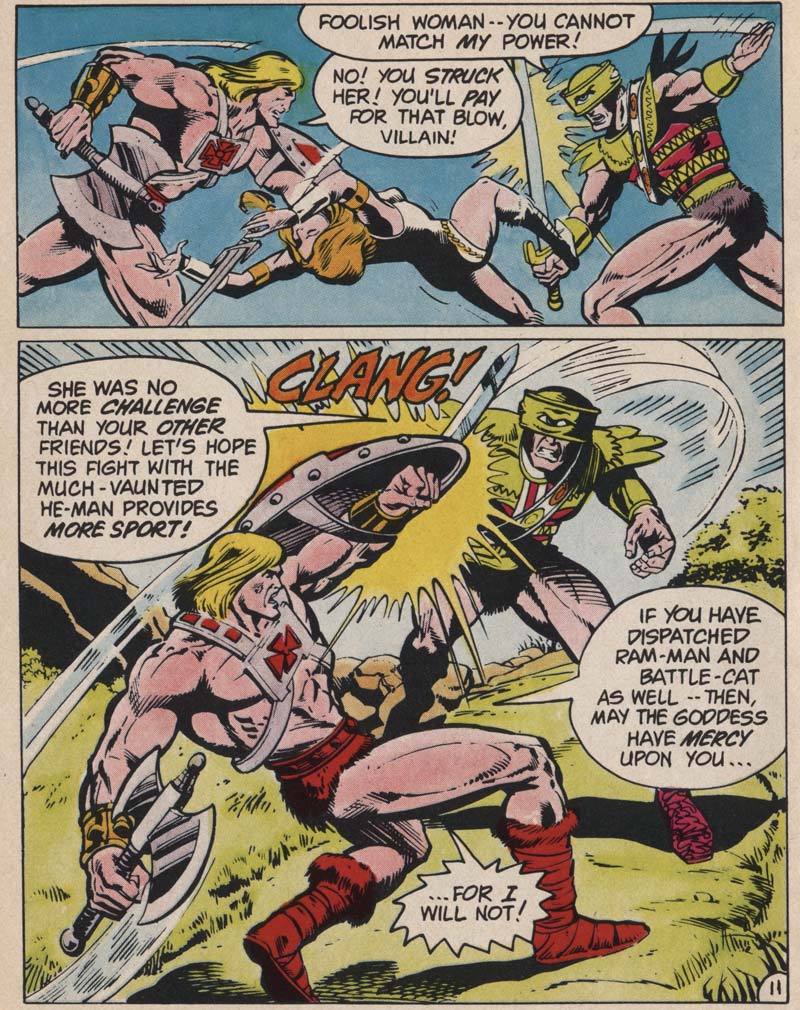 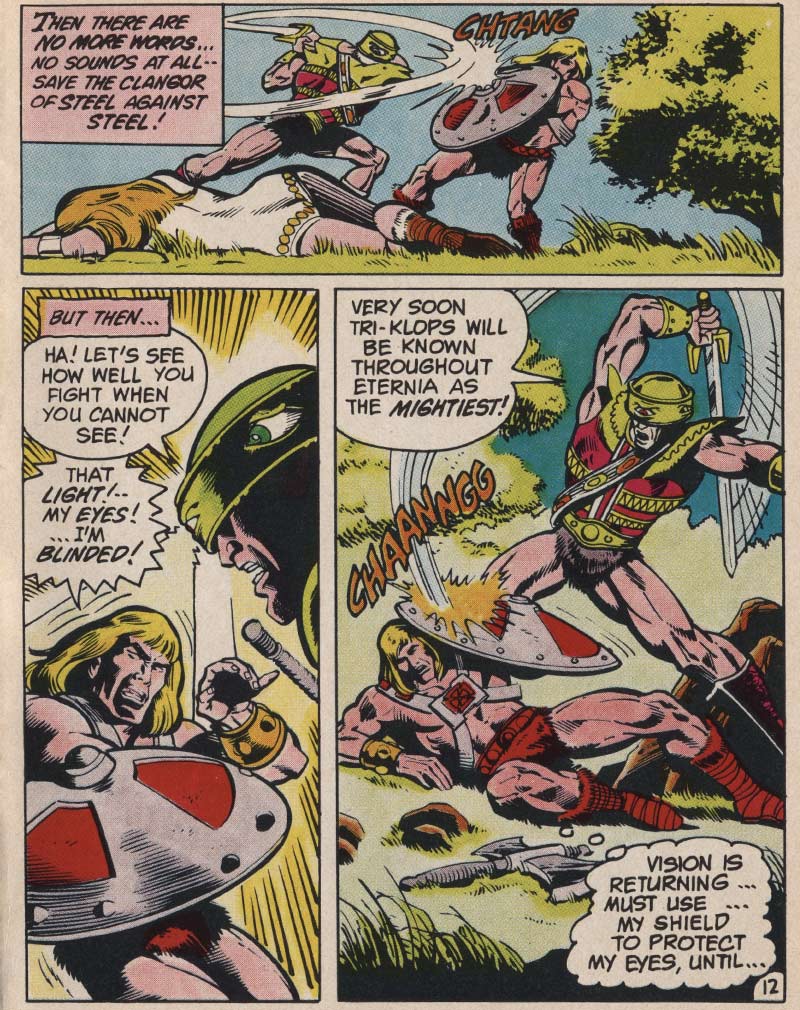 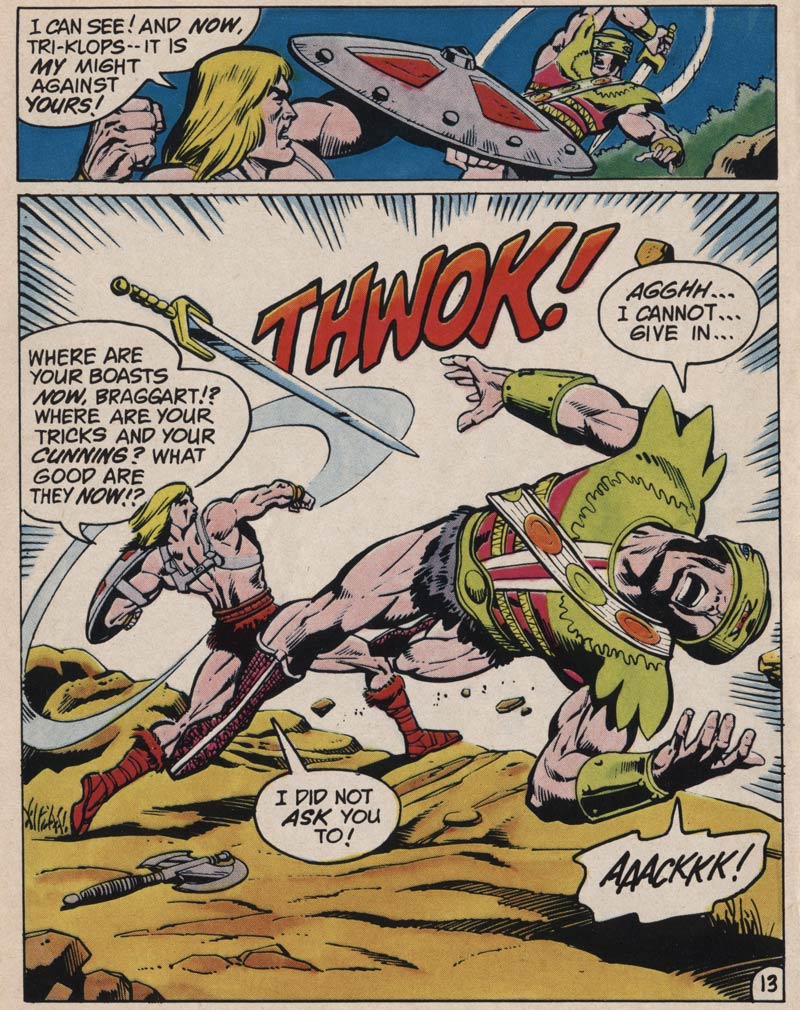 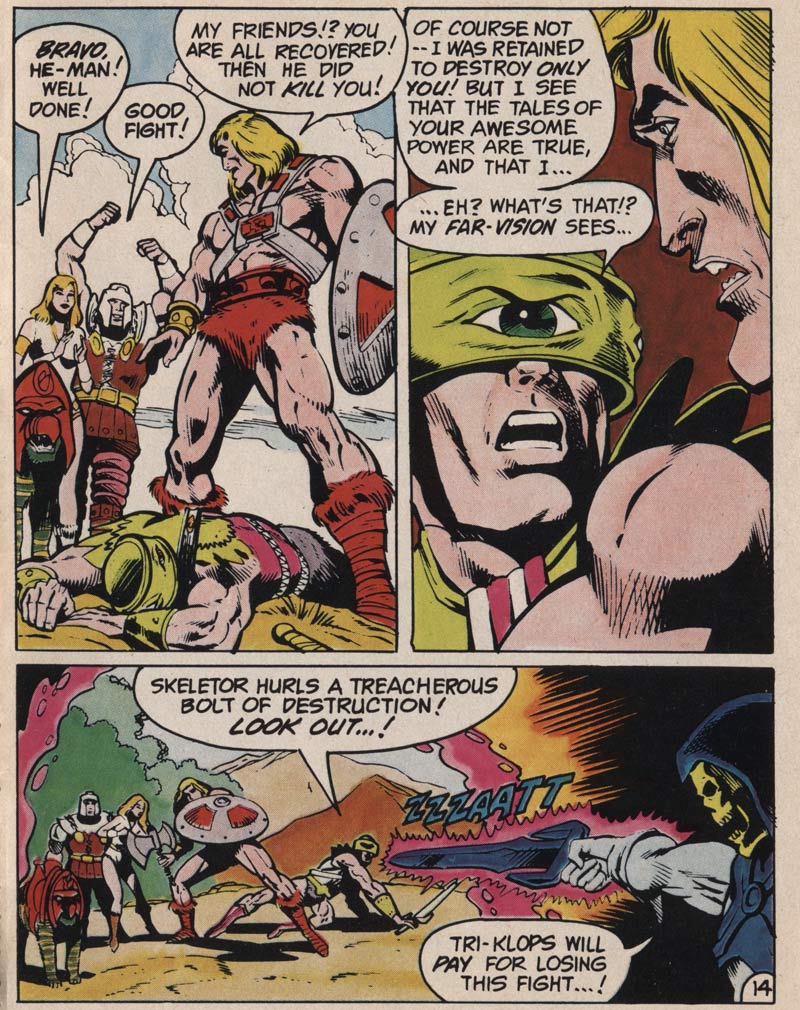 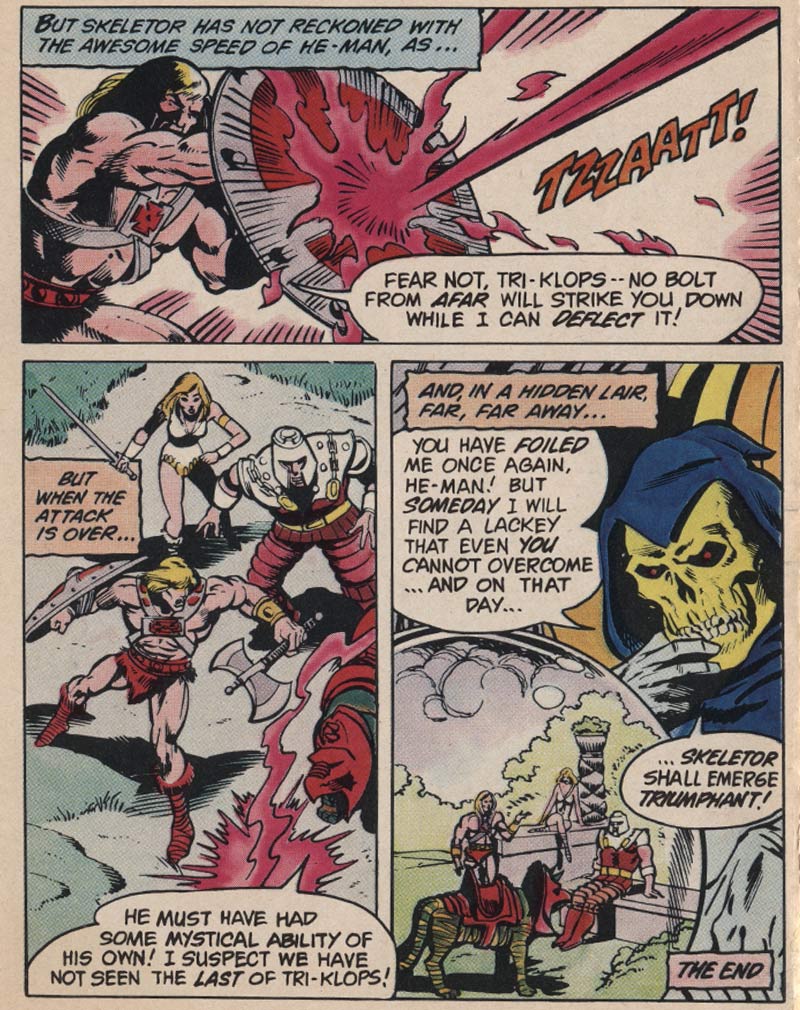