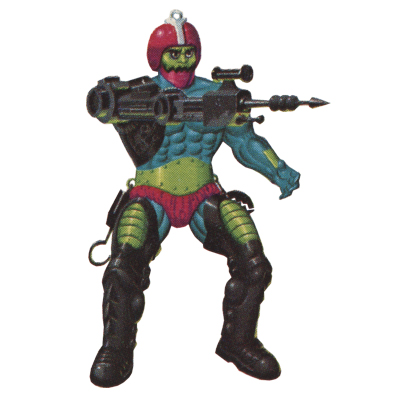 THE MENACE OF TRAP JAW!

The introduction of Trap Jaw to the MOTU was done in typically dramatic fashion by Gary Cohn in The Menace of Trap Jaw!. The half-mechanical villain is brought to Eternia accidentally by Skeletor while trying to use a portal to travel between dimensions. His intention to reappear on Eternia inside Castle Grayskull goes wrong, and it is Trap Jaw instead who materialises inside the fortress.

The Trap Jaw we see illustrated in this tale is a pre-toy version with green skin and strapped boots. The toy would have blue skin and armoured legwear. He's a great character who immediately identifies the opportunity for conquest that he is suddenly presented with. Cohn was good at making his evil warriors more than mindless minions. We don't get to learn about Trap Jaw's past, but we can imagine it.

Trap Jaw presents such a danger in this story that He-Man and Skeletor are forced to work together to defeat him by combining their powerswords. The Menace of Trap Jaw! is the first example of this reluctant teamwork taking place, and as such it is a key moment in the development of the MOTU canon. The alliance is successful and Trap Jaw is defeated, losing the power he absorbed from Castle Grayskull. Skeletor fails to make it inside the fortress before the jawbridge closes, thus missing another opportunity to gain power for himself.

The incident is not a total loss for Skeletor because he takes the unconscious Trap Jaw away, intending to make him one of his lackeys. But while things return to normal on Eternia, we're left with the memory of Skeletor's brief visit to the other dimension; a more technological and industrialised planet where the enforcers are armed with laser blasters. It leaves us wondering how crossing dimensions again might have interesting consequences for the people of Eternia. 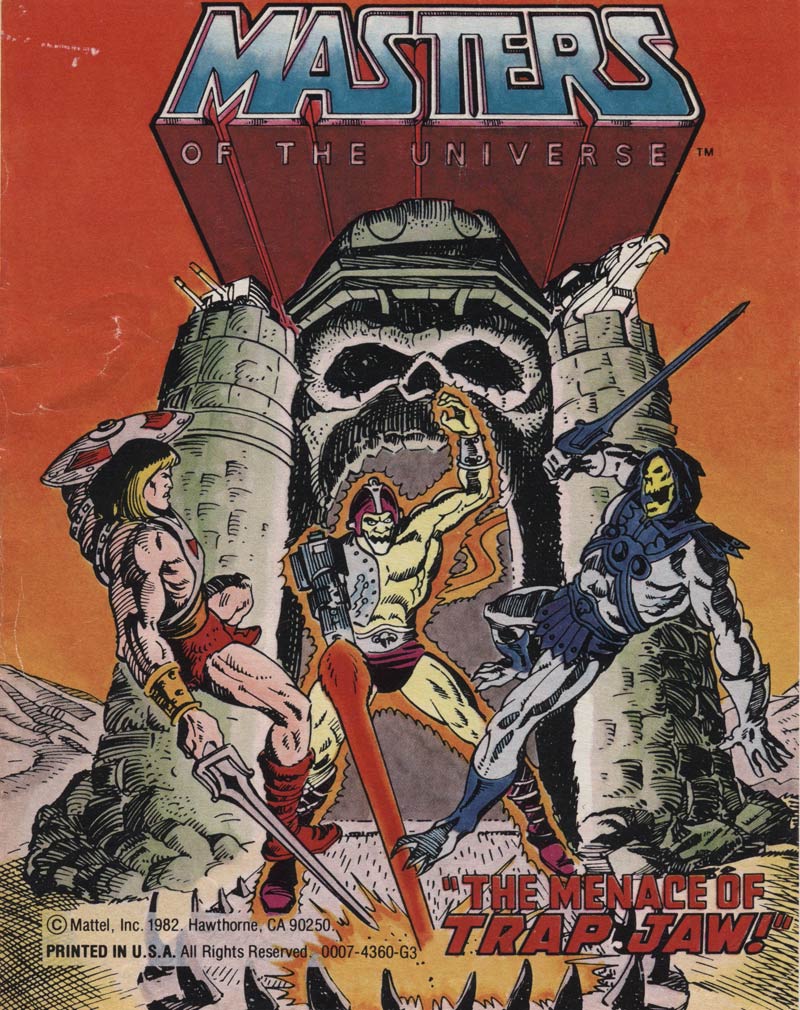 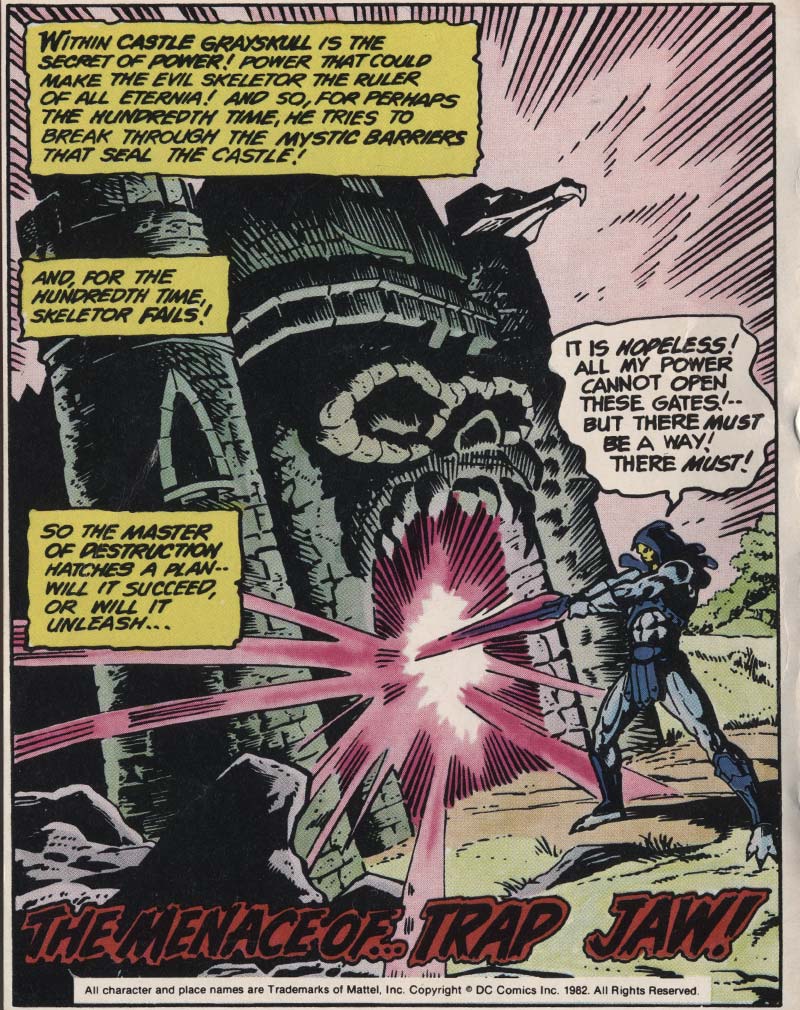 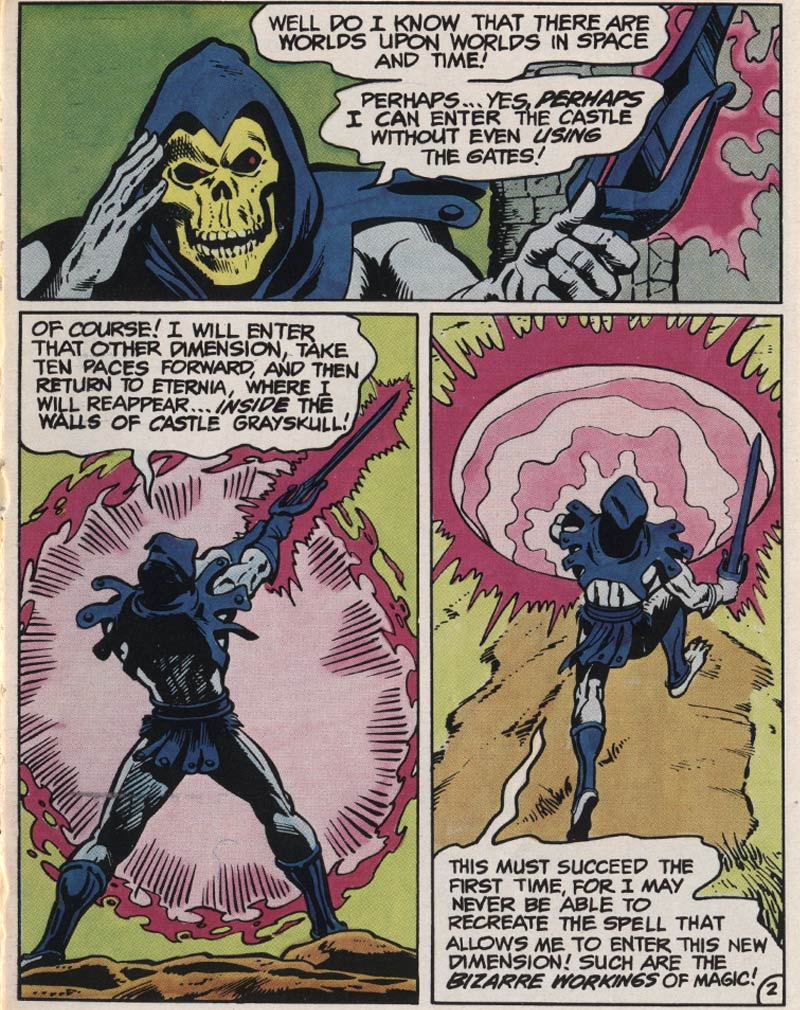 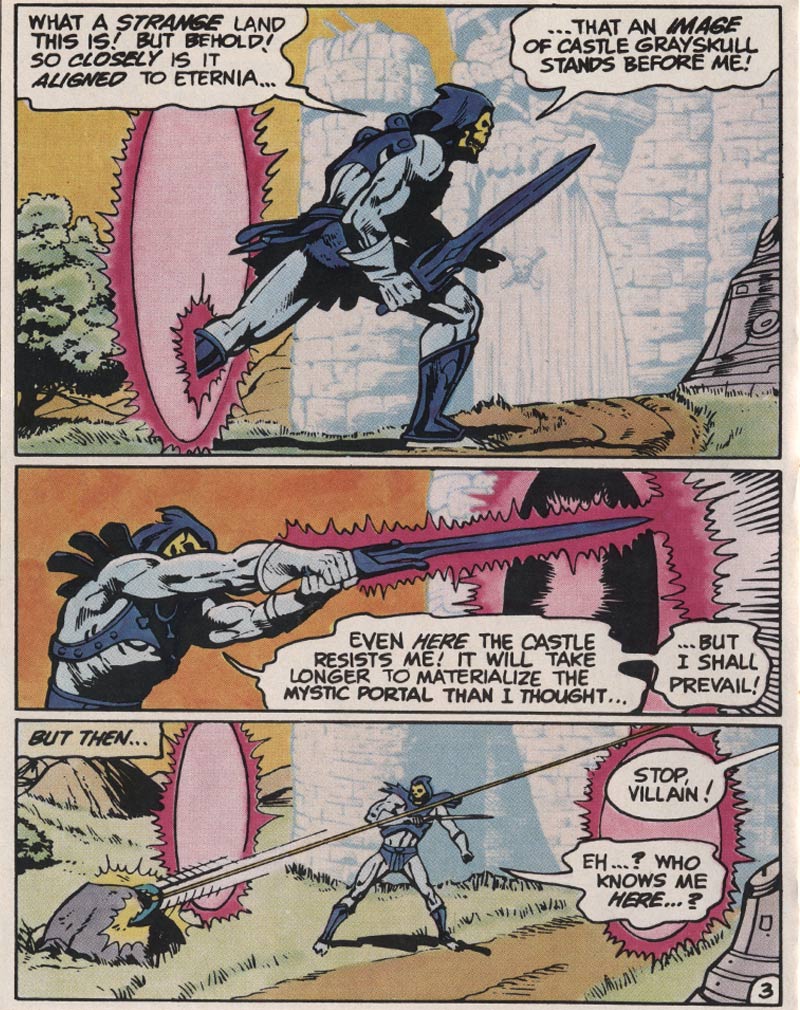 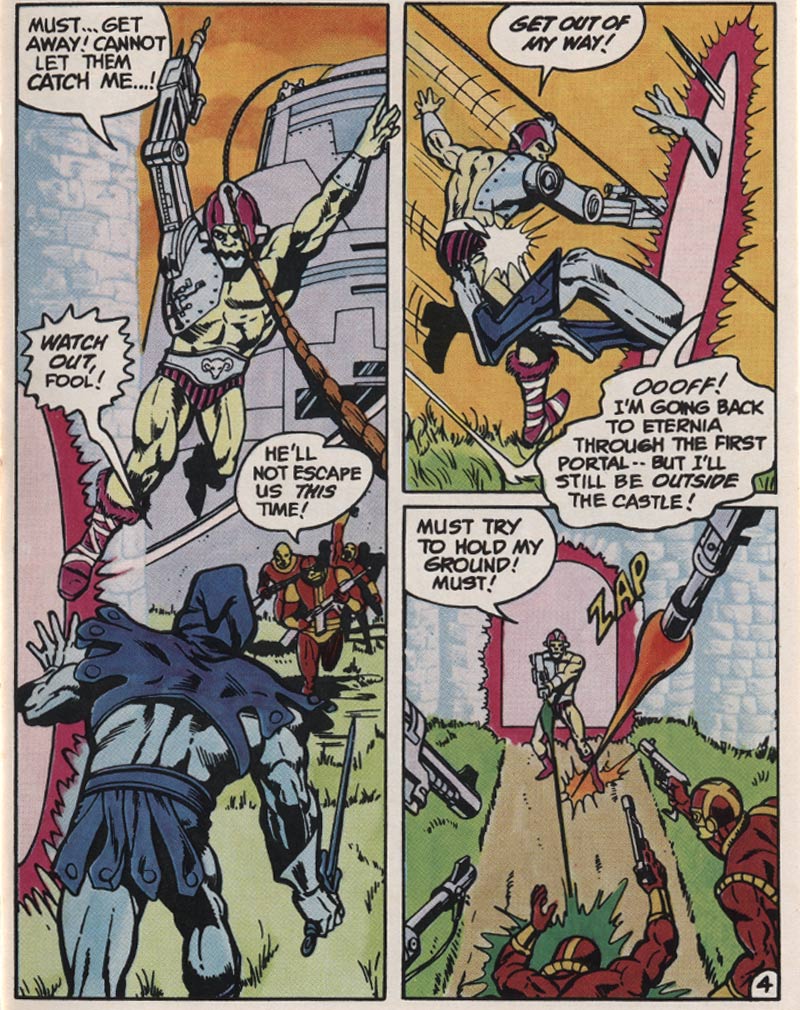 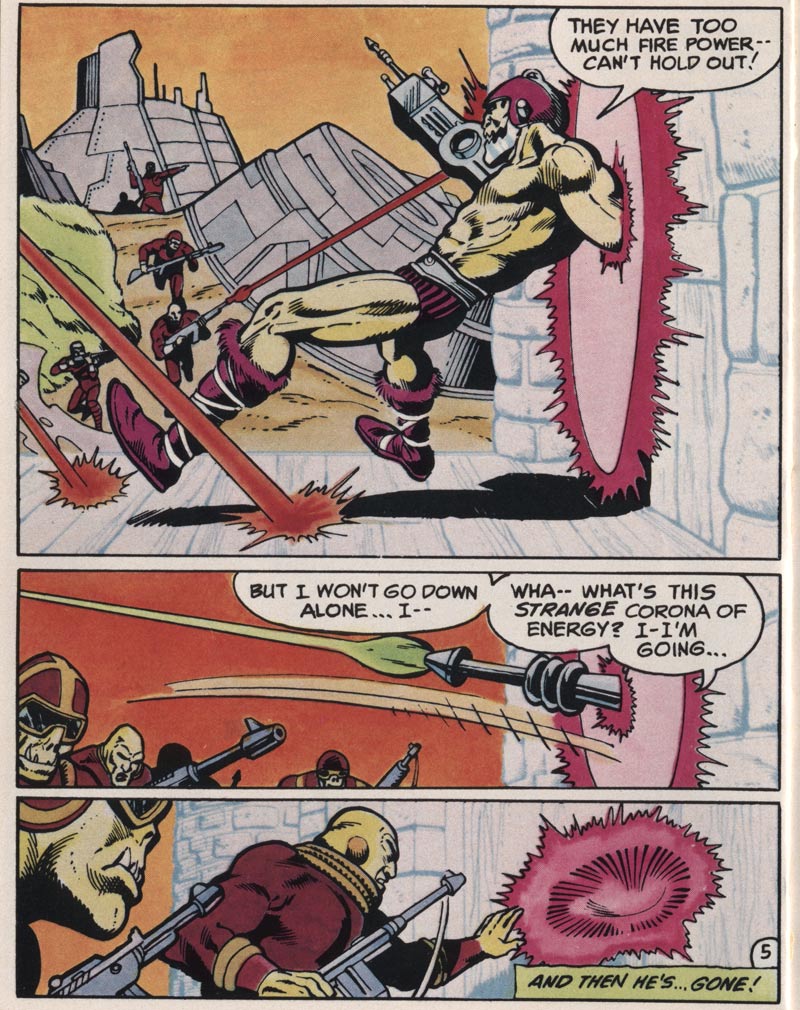 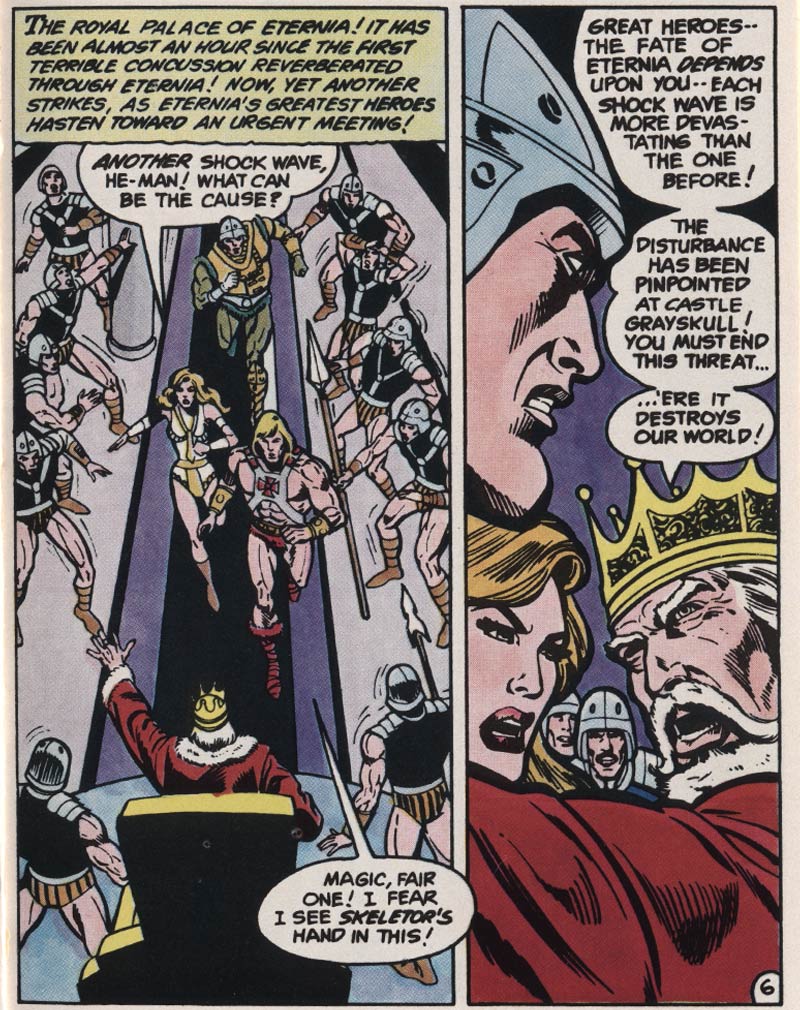 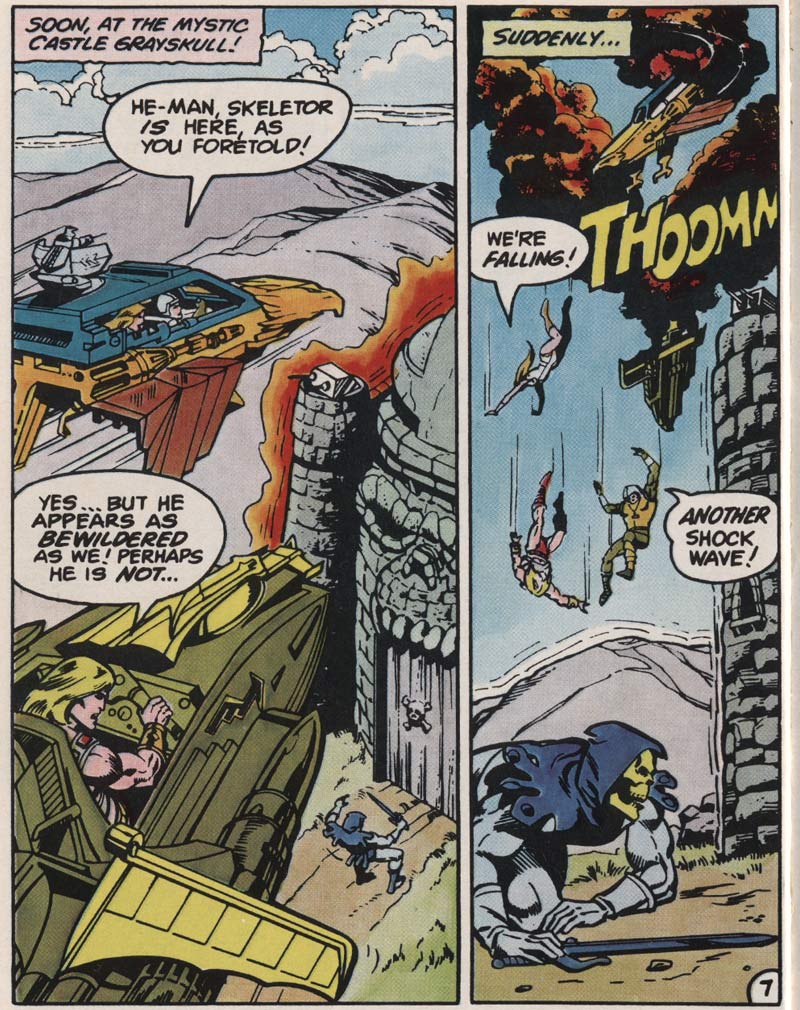 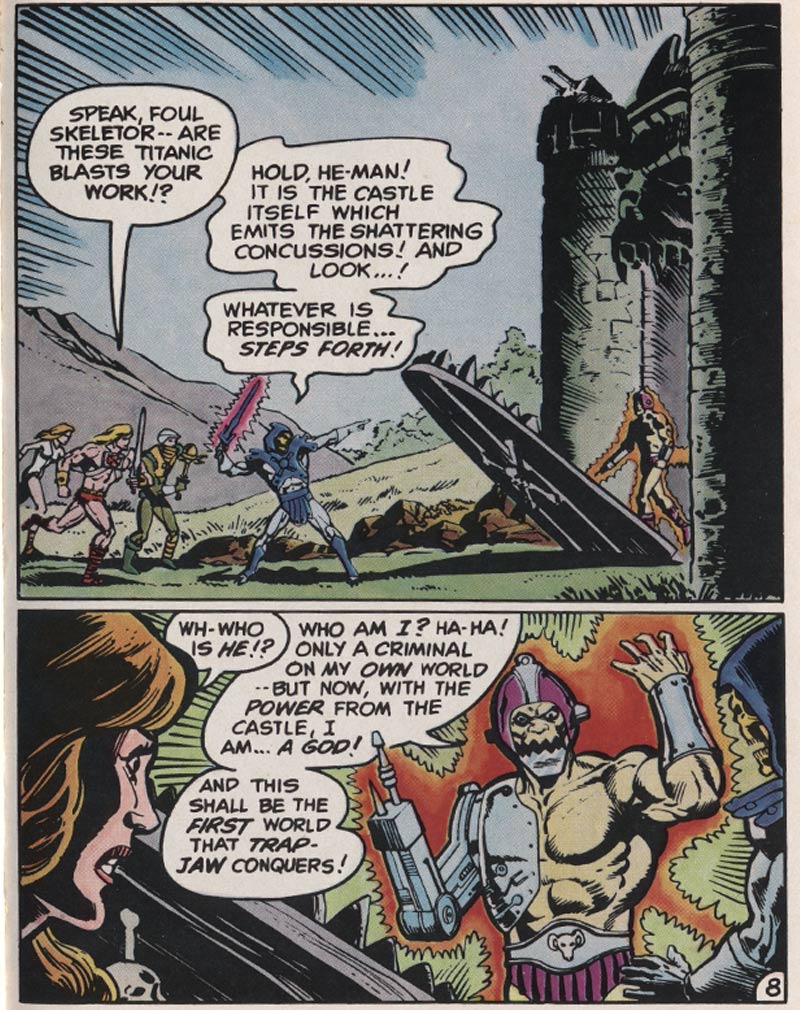 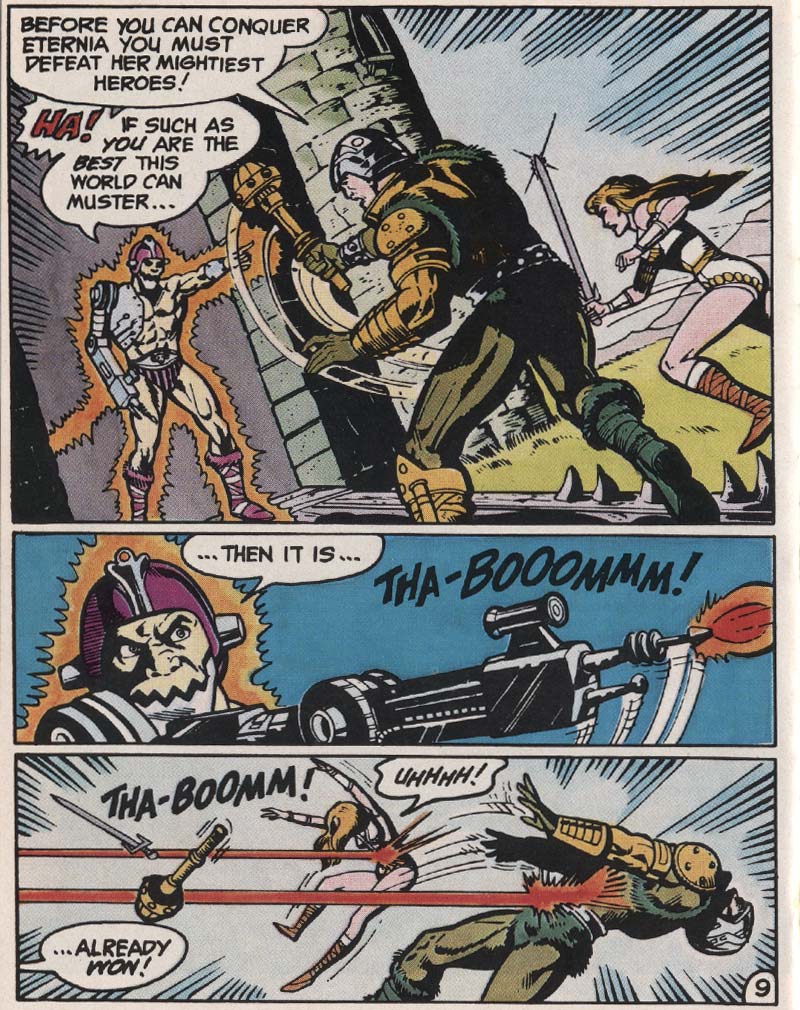 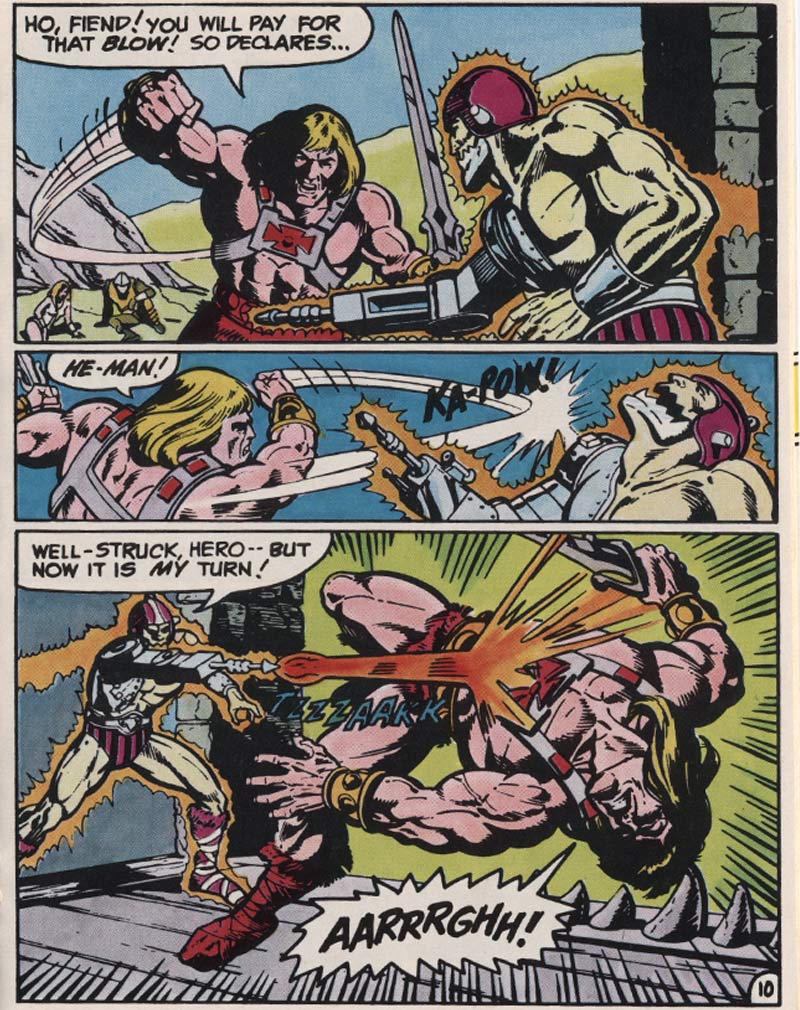 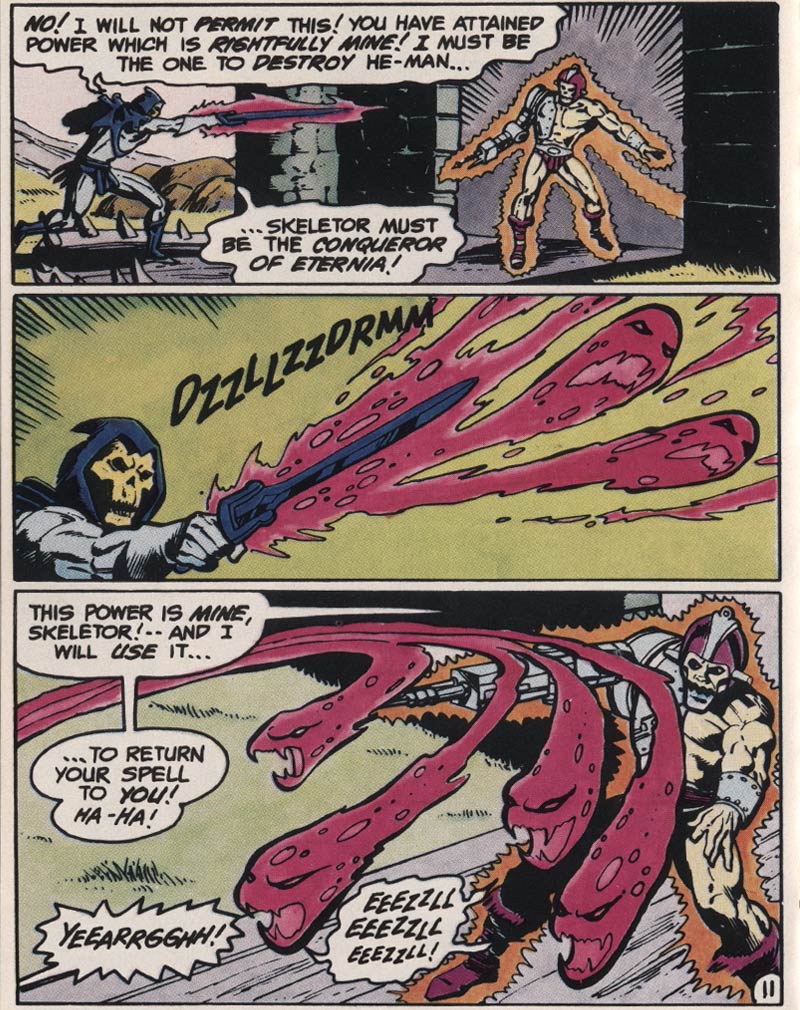 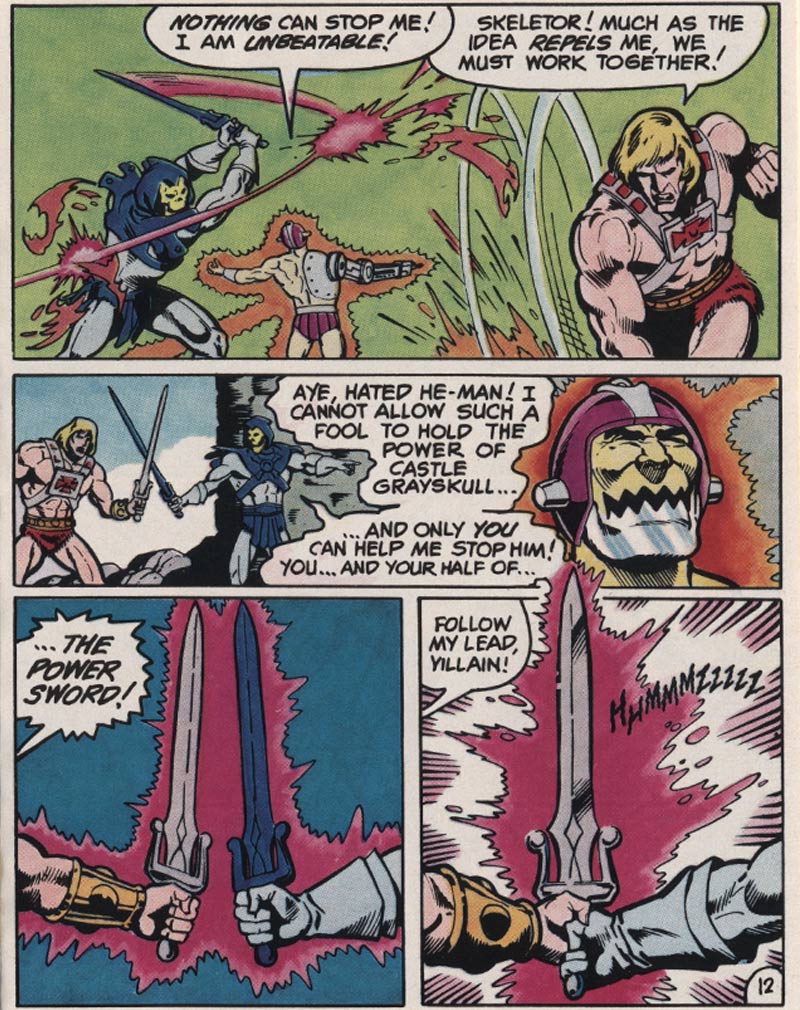 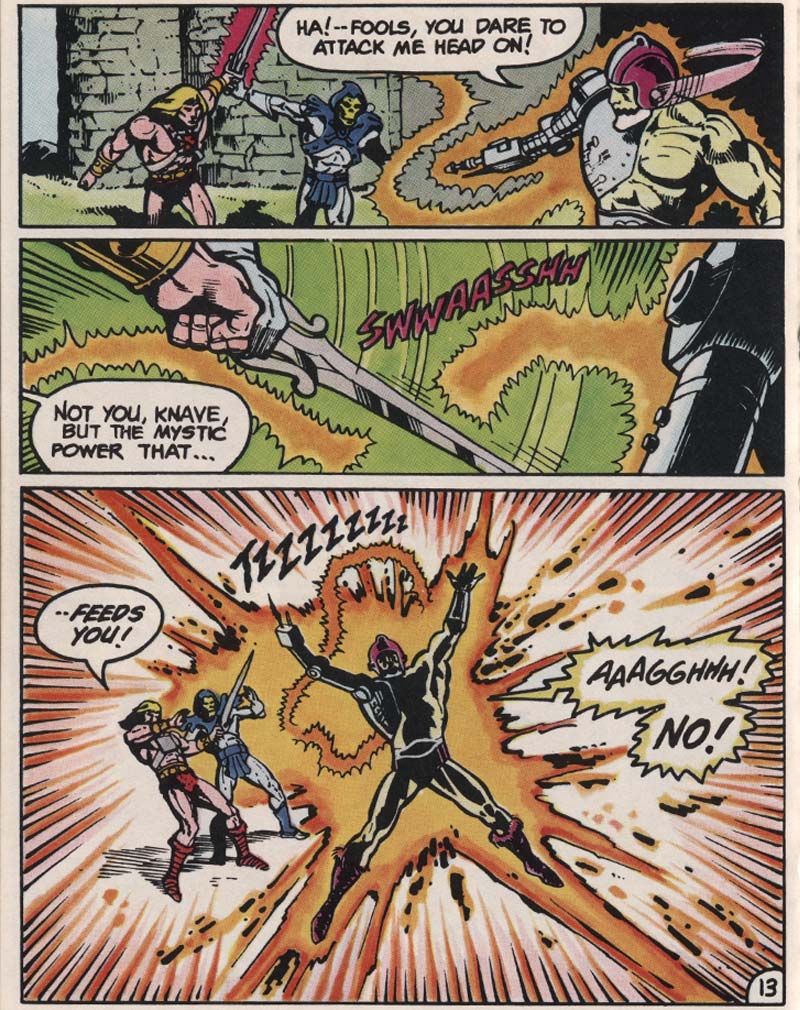 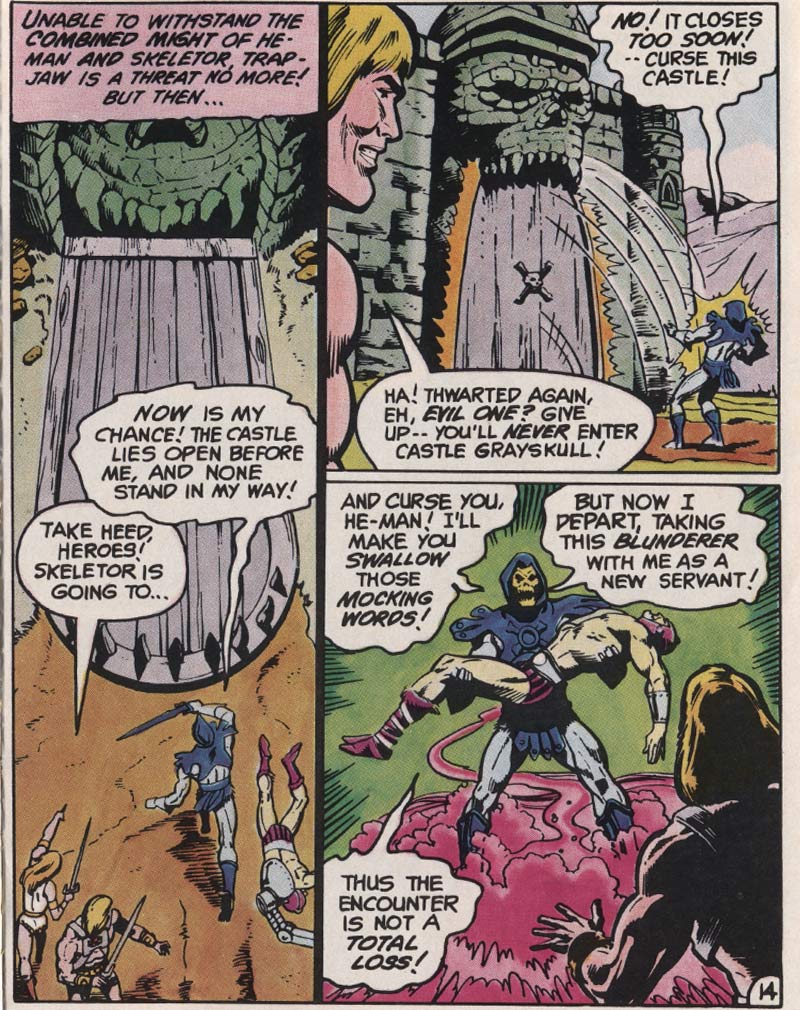 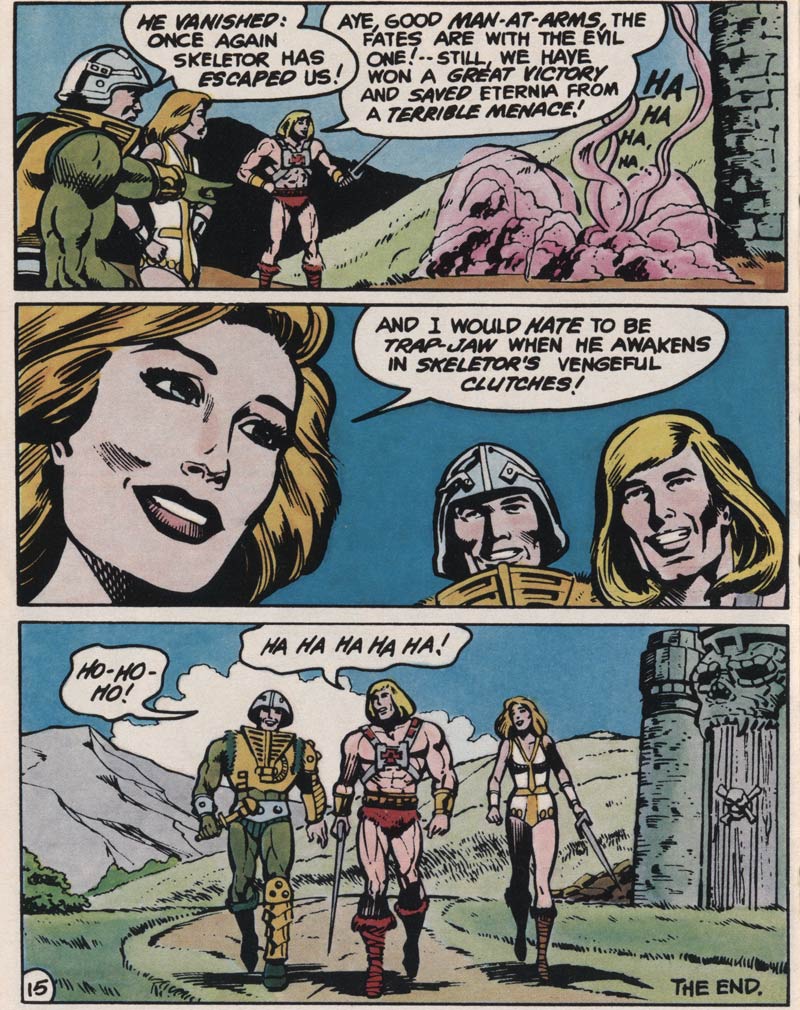