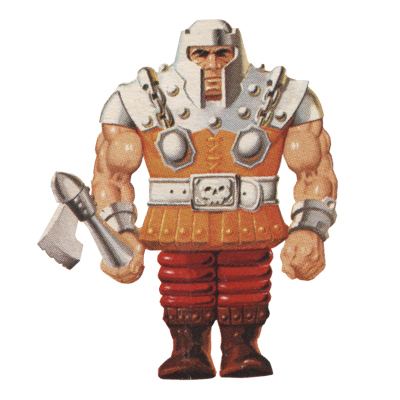 The seven stories of the Series Two MOTU minicomics were written by Gary Cohn, and they remain the best and most imaginative tales ever written for the toyline. They were presented in a comicbook format instead of the single illustration per page that characterized the Series One booklets. The illustrations were created by a team of artists: Mark Texeira (pencils); Tod Smith (inks); and Anthony Tollin (colours). This creative team produced images which were never subsequently matched for quality or drama in any other MOTU minicomic.

He-Man Meets Ram-Man! presents an updated interpretation of Glut's Eternia while retaining the wildness and danger. Now we see Eternia as a rustic society where the population survives in small settlements and villages. The vulnerable citizens depend upon heroes to protect them, as seen in He-Man's battle with the terrifying glorm. The glorm is still the most impressive MOTU monster ever imagined.

The minicomics were great at introducing new characters and were therefore a clever marketing device. But Cohn still told great stories and his characters have depth. Like Glut, Cohn wasn't really interested in building a backstory, but he achieved this nonetheless. While Glut described a group of demi-gods and portrayed a fascinating wilderness over which his characters roamed, Cohn placed his characters within the framework of a society ruled over by a king.

He-Man Meets Ram-Man! is an exciting tale about a slow-witted man with flawed judgement. We can tell he's been lied to in the past, and he's become untrusting as a result. He misinterprets He-Man's mission and then falls prey to Skeletor's deception. But in the end he learns the truth and becomes the hero of the tale, rescuing He-Man and forming a powerful friendship with him. It's a great start to a great set of tales. 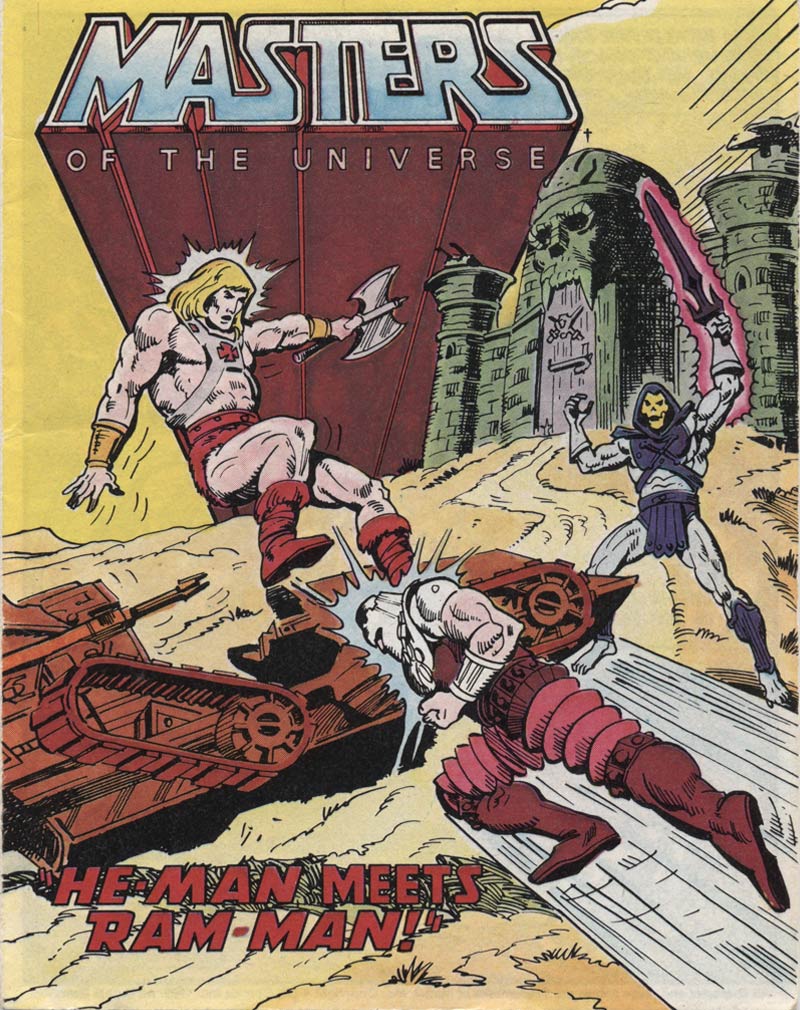 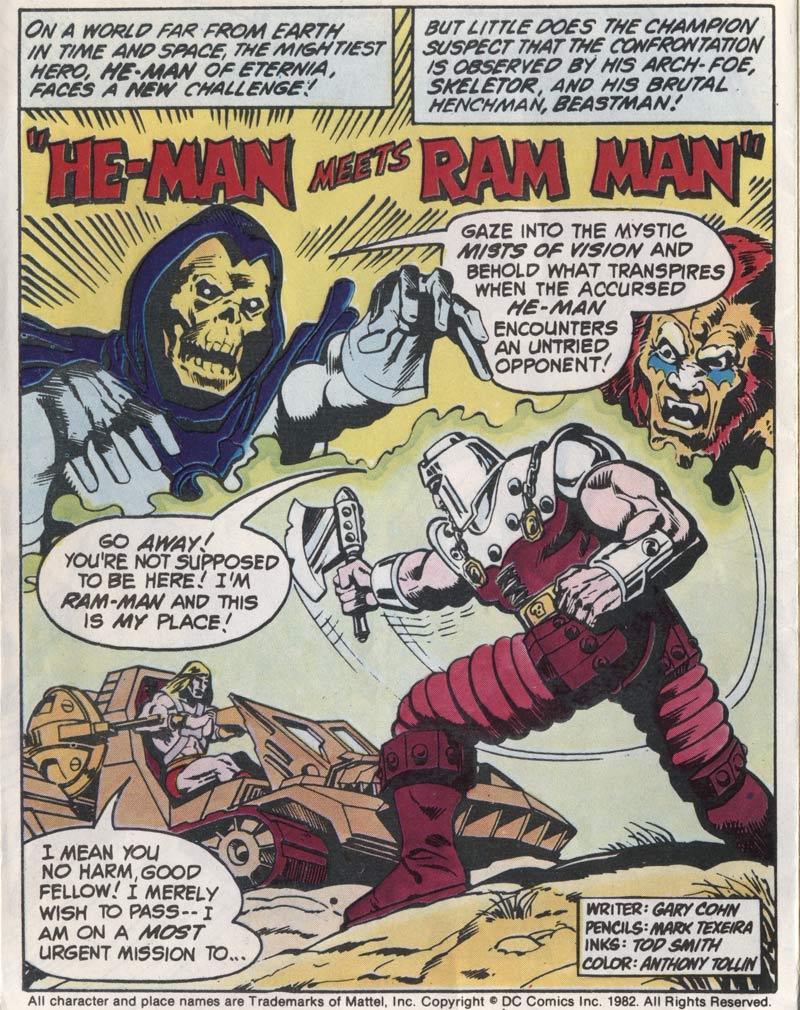 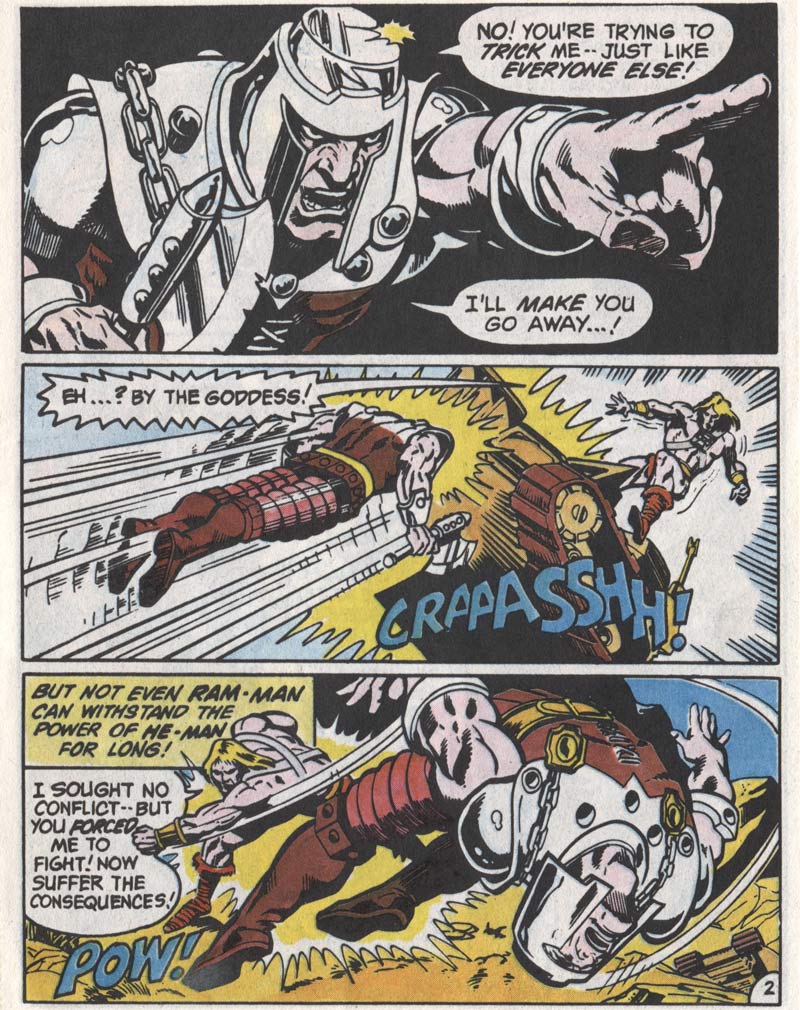 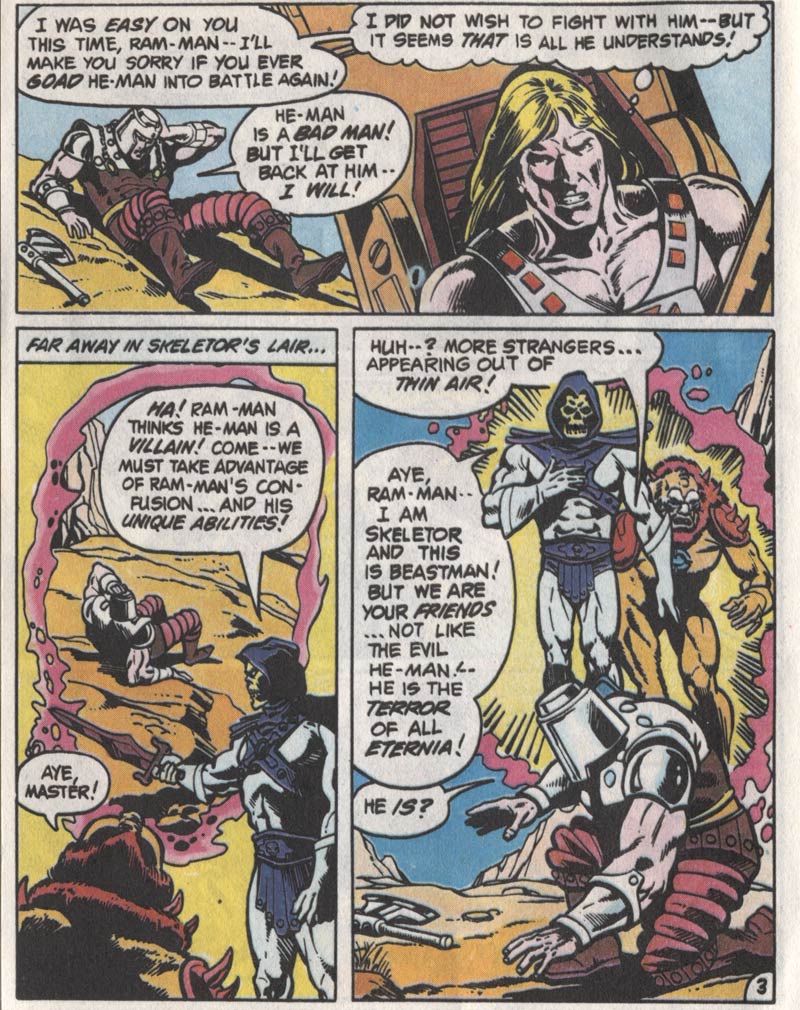 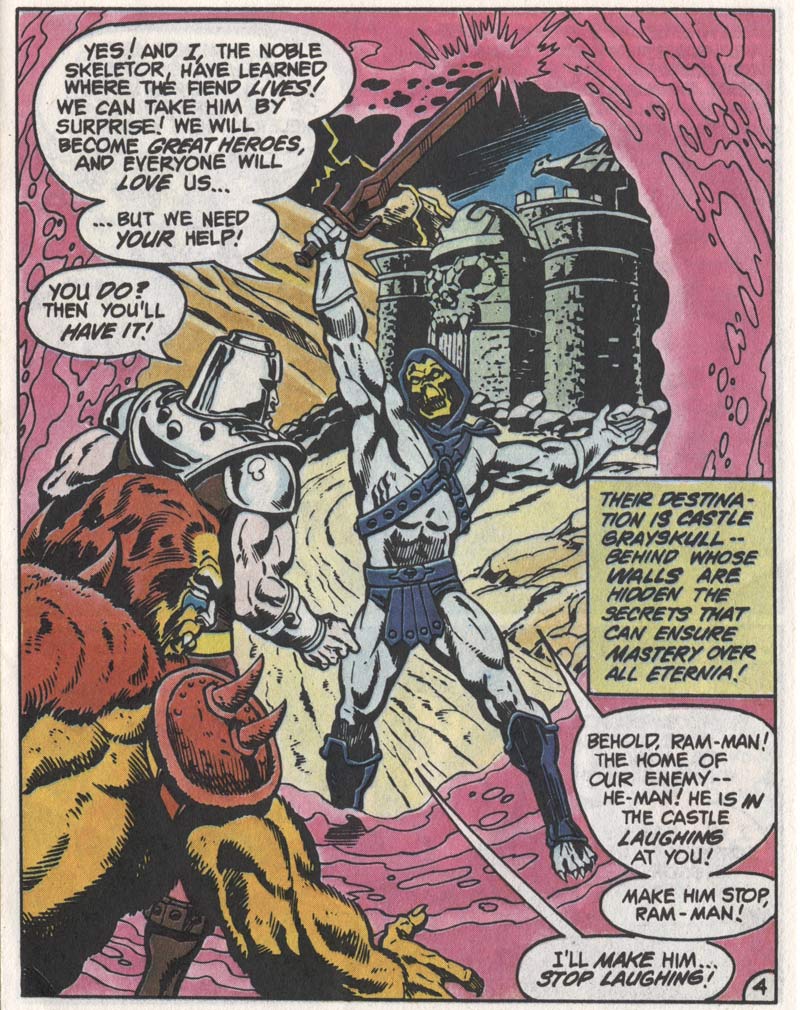 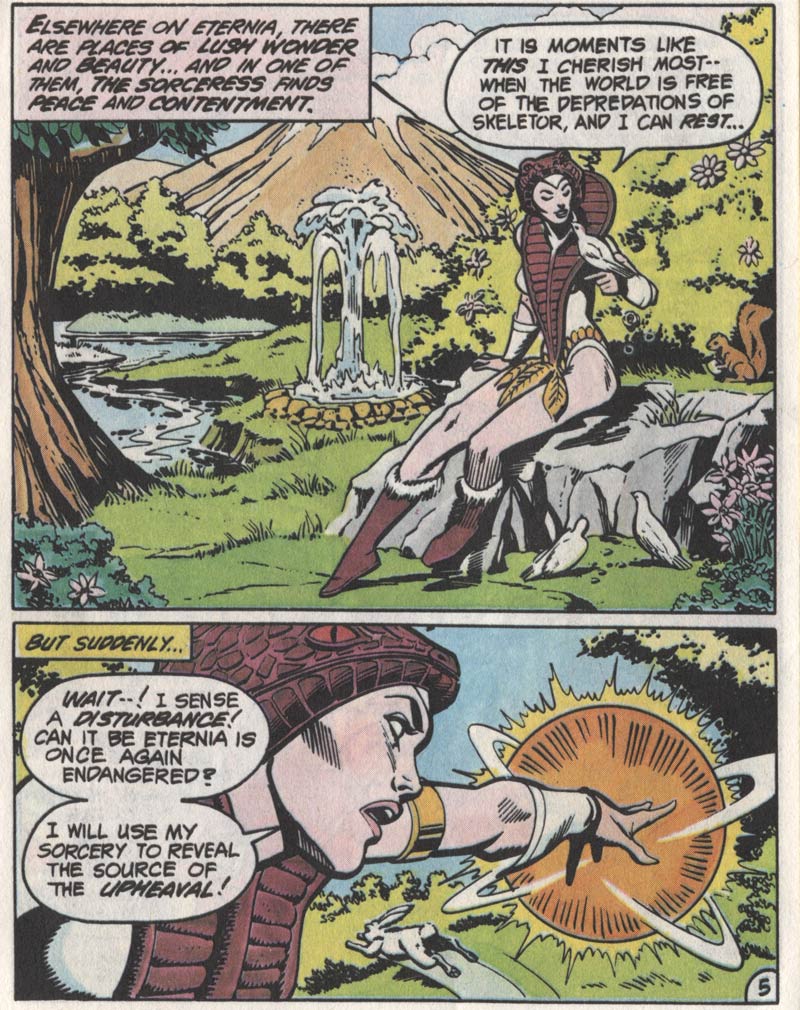 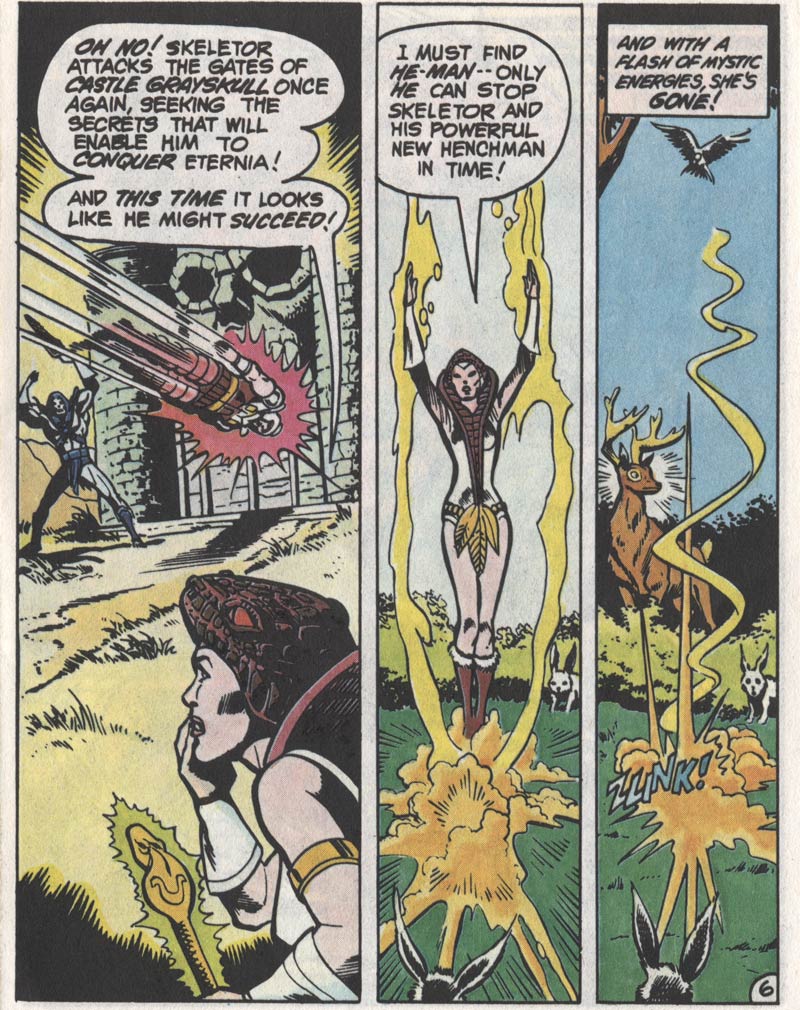 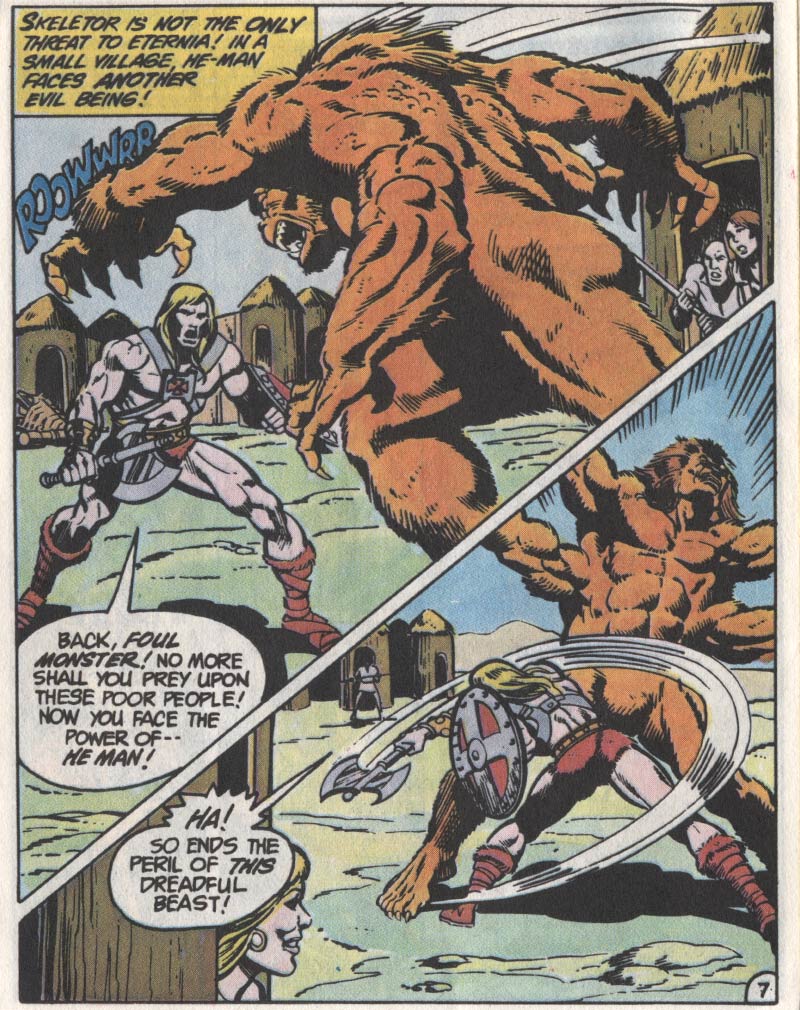 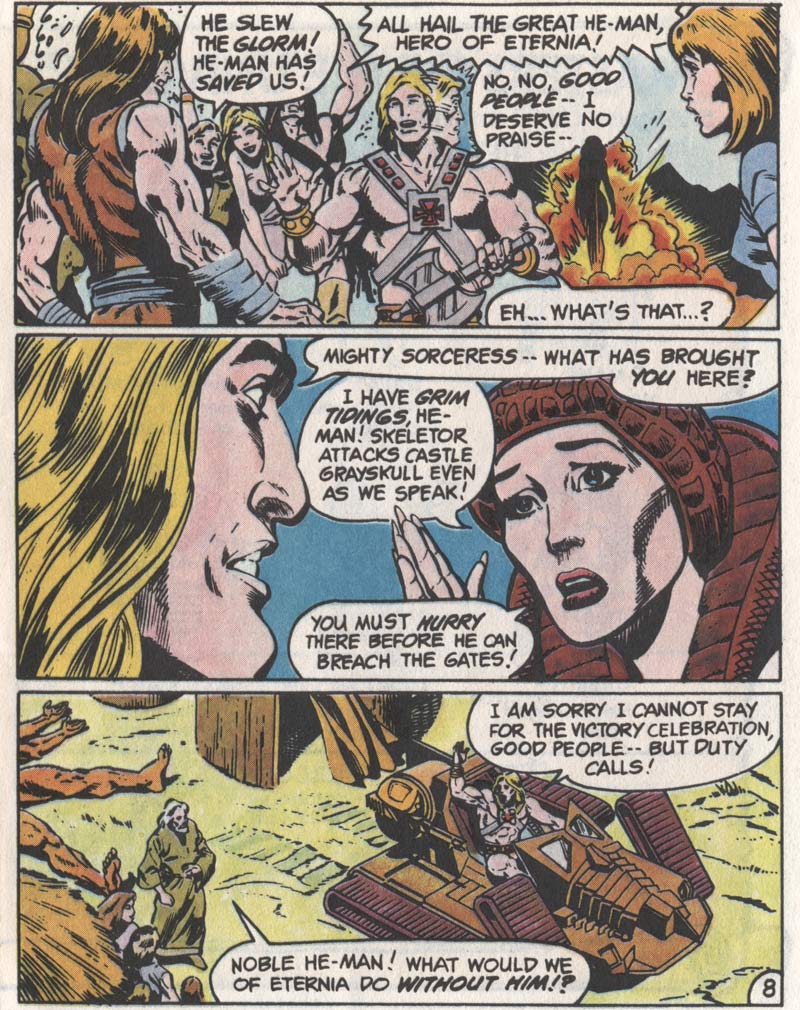 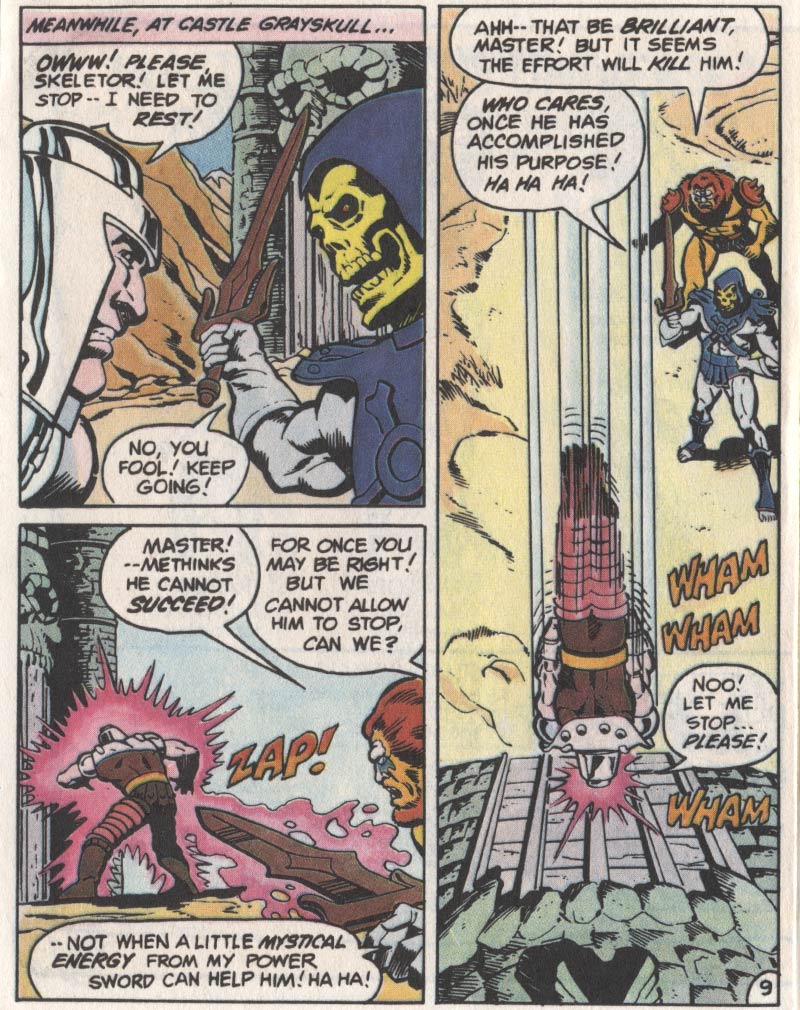 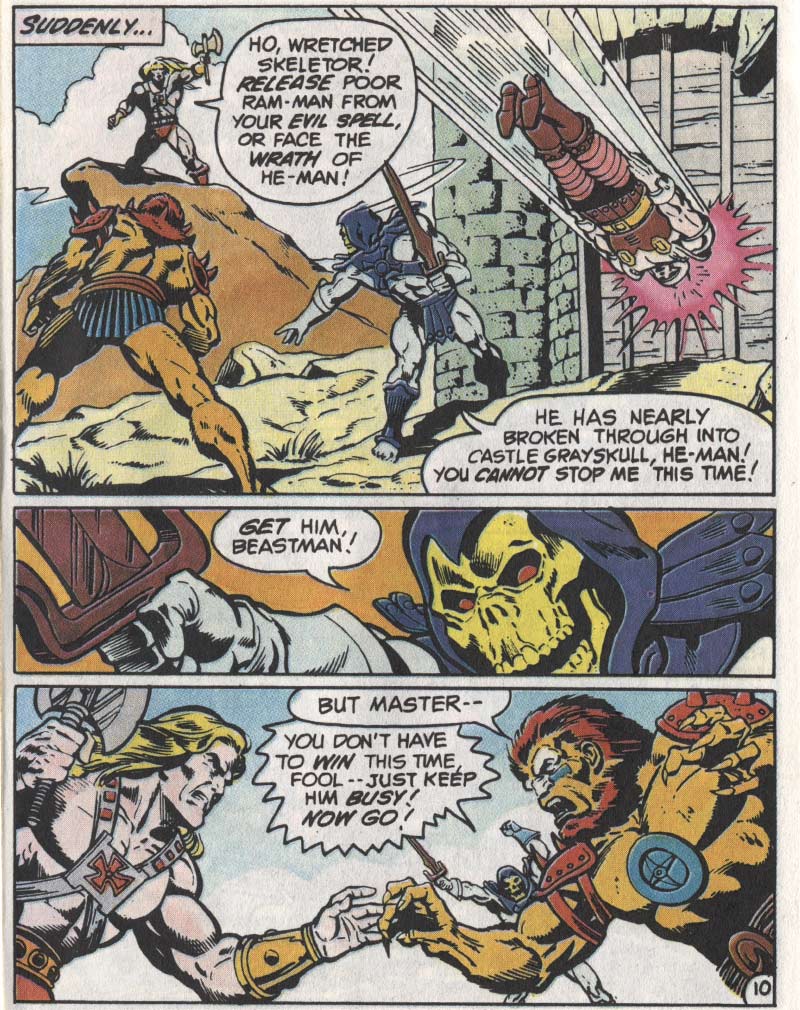 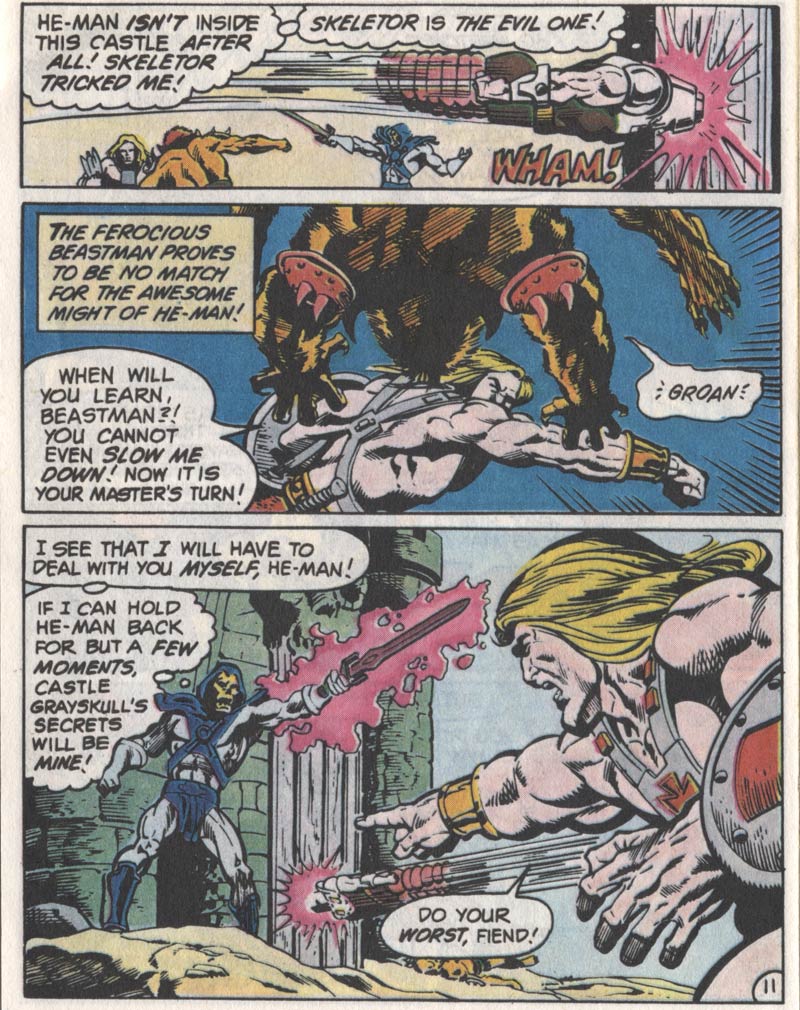 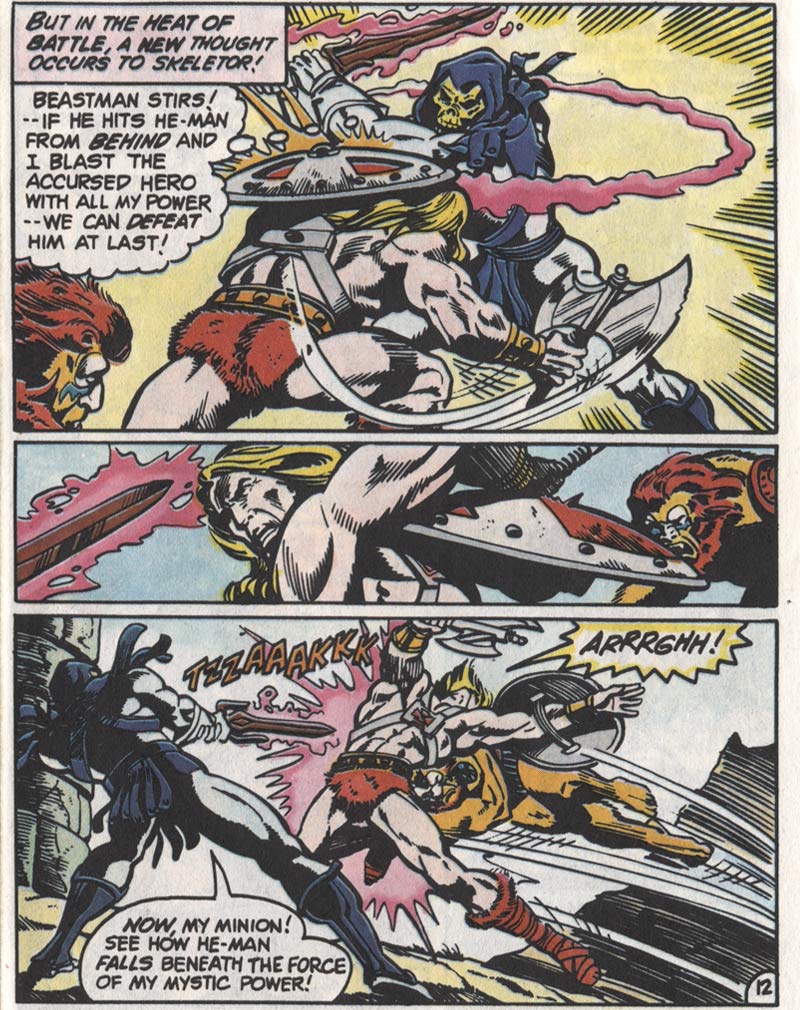 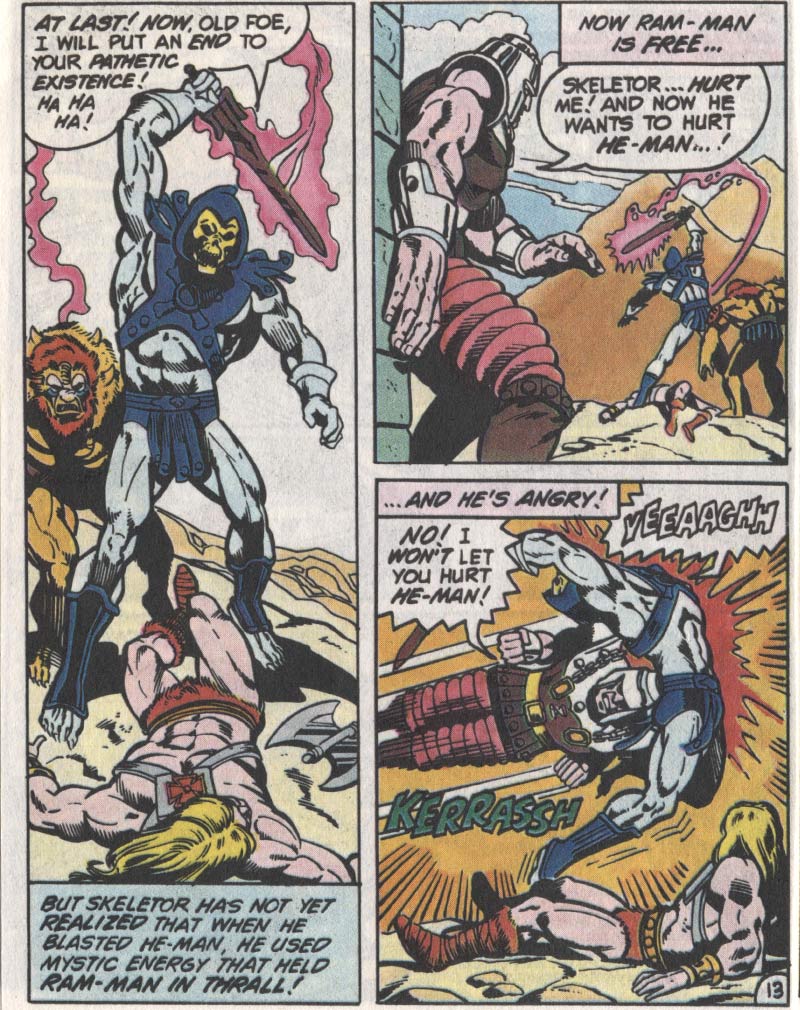 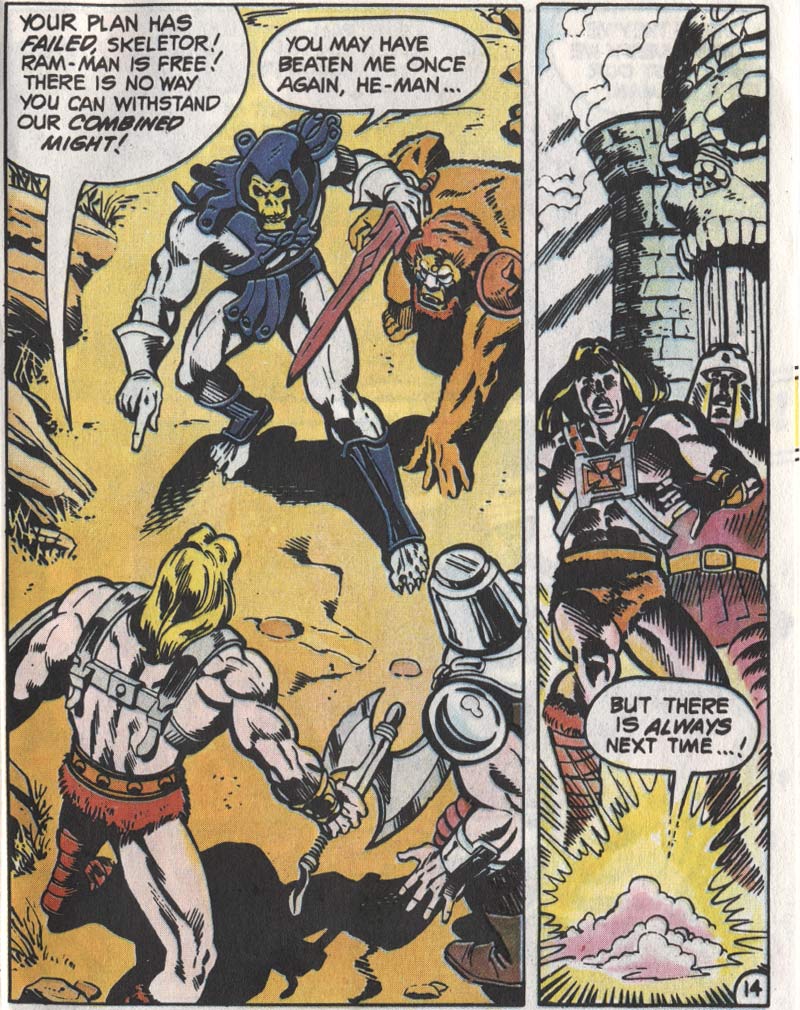 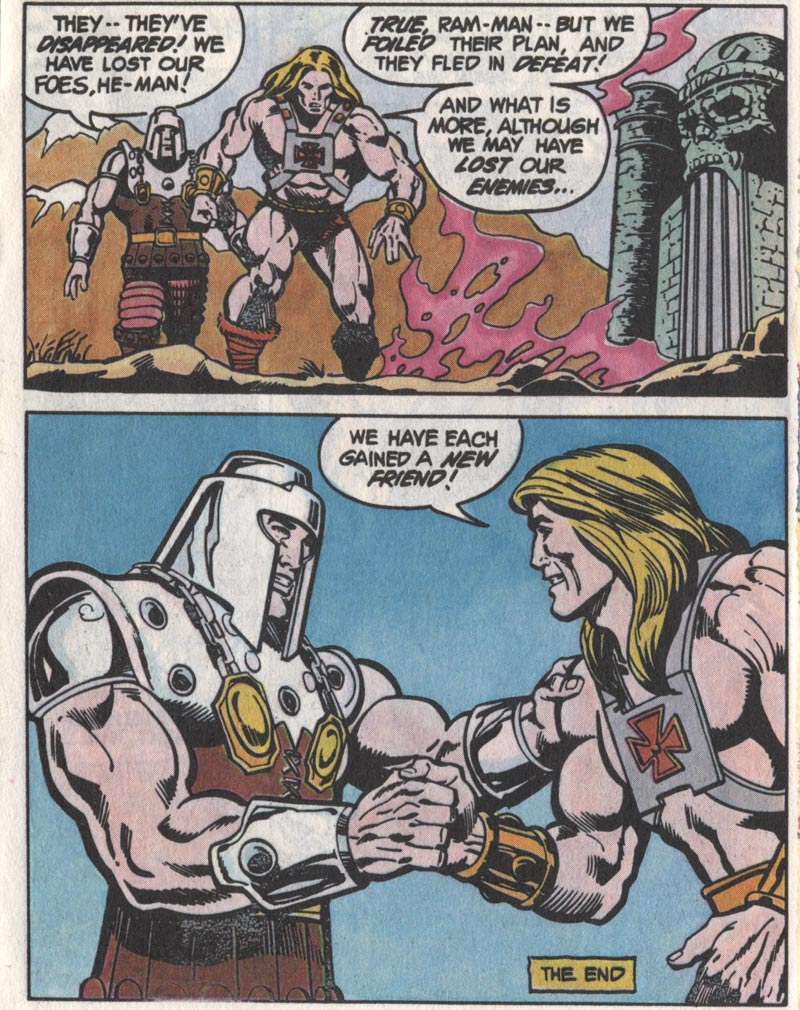