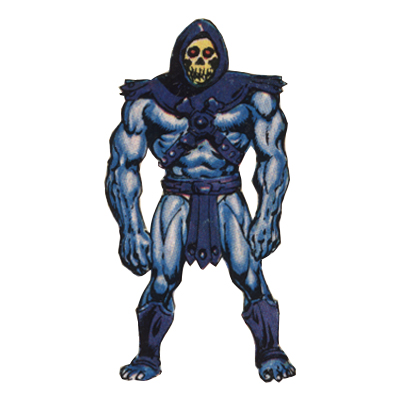 THE VENGEANCE OF SKELETOR

This minicomic presents an interesting side to Skeletor that isn't usually depicted so vividly. He doesn't come up with a plot to break into Castle Grayskull this time; he simply has a psychotic desire to murder He-Man. The Vengeance of Skeletor is an interesting story because both He-Man and Skeletor need the assistance of others. For example, Stratos saves He-Man from being killed in the ocean by a sea creature by blasting the monster with an energy beam and then diving into the water to pull him out. Neither of these abilities is described in any other story.

Stratos and Mer-Man appear here in the same colours that we saw in King of Castle Grayskull, which helps to identify this story's place in the sequence of Glut's stories. Being thwarted in the first two tales presumably led to Skeletor's insanity. After failing to kill He-Man, Skeletor focuses his rage on Mer-Man by blasting him with his energy blade. The heat causes the moisture preserving Mer-Man's hide to evaporate, and we see Mer-Man dying before our eyes. This angers He-Man who flies the Battle Ram into Skeletor to disarm him.

The Spirit of Castle Grayskull appears again at the end of this story to have a conversation with He-Man, Stratos and Teela, but we still don't learn anything about the identity of this phantom. For a long while this remained the case, but themes such as these have resurfaced in one form or another in the Classics.

The Vengeance of Skeletor may not be the strongest story in Series One, but Skeletor's psychosis is pure pre-Filmation. This is a really interesting story that stands apart from all the others for this reason. It was an extraordinary step to take in minicomics written for young children. The cartoon never went anywhere near this sort of theme, and even the Classics' storylines aren't exploring ideas that boldly. 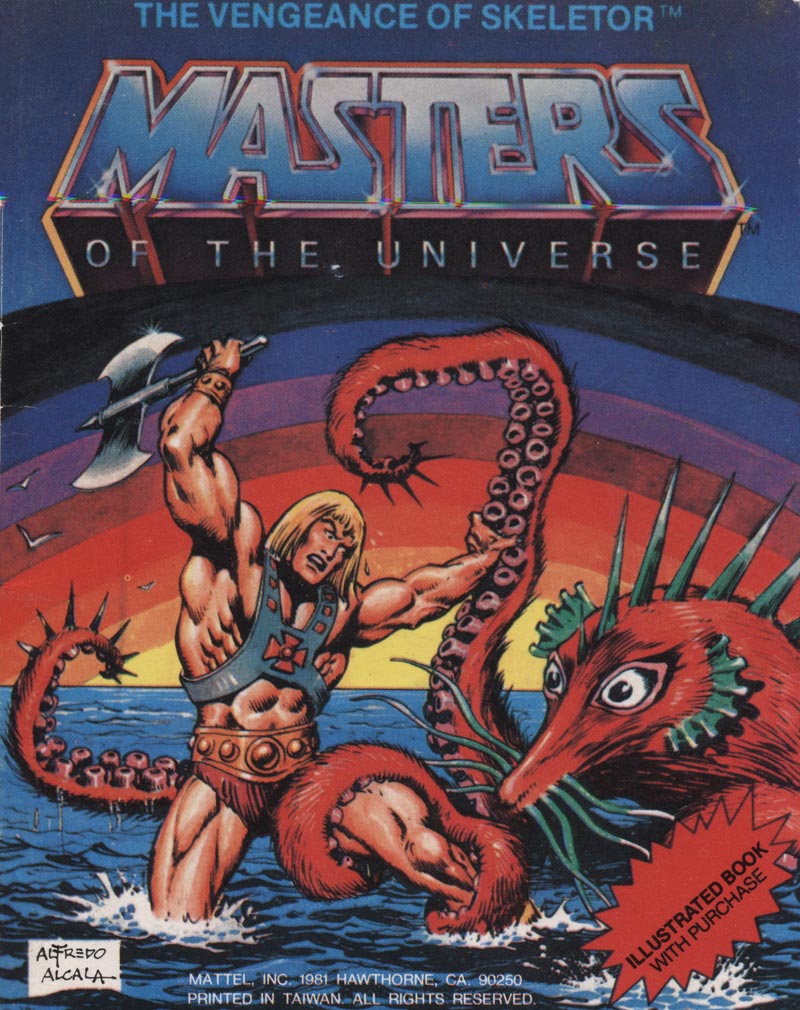 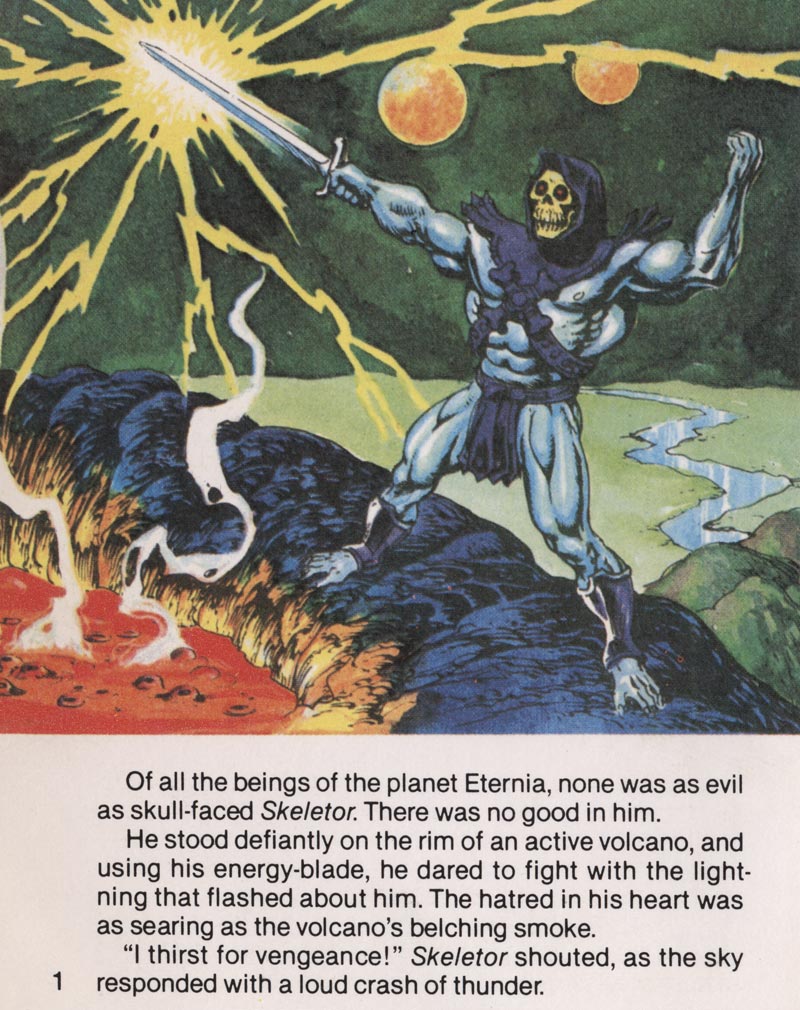 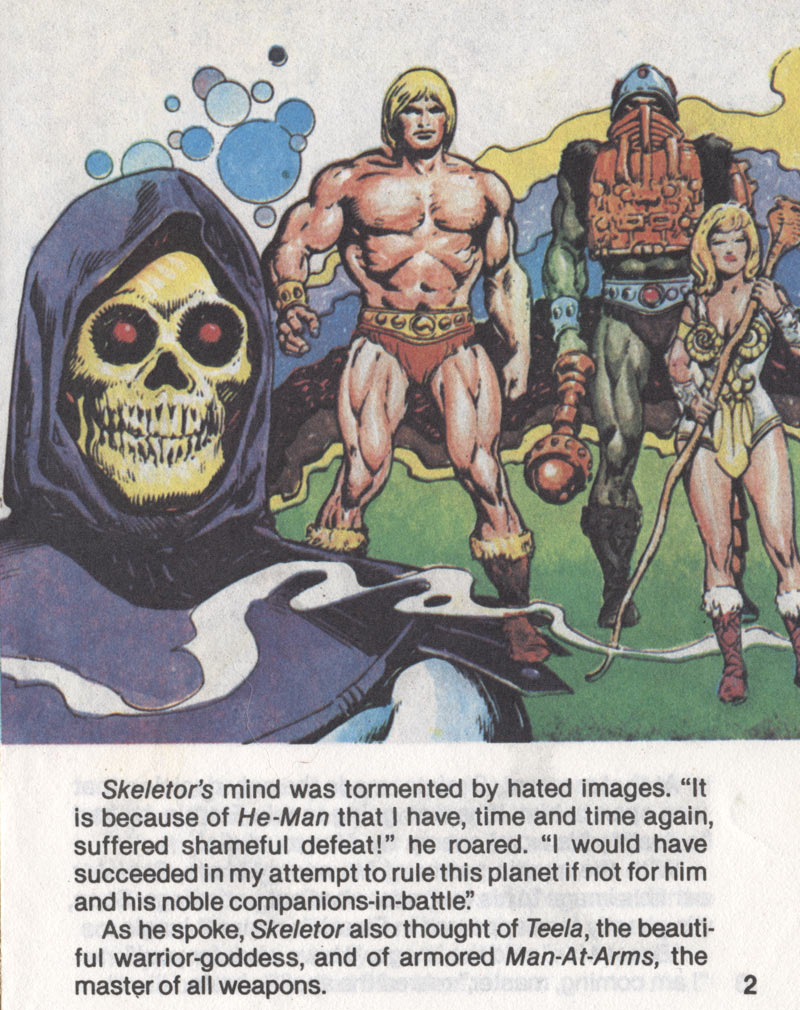 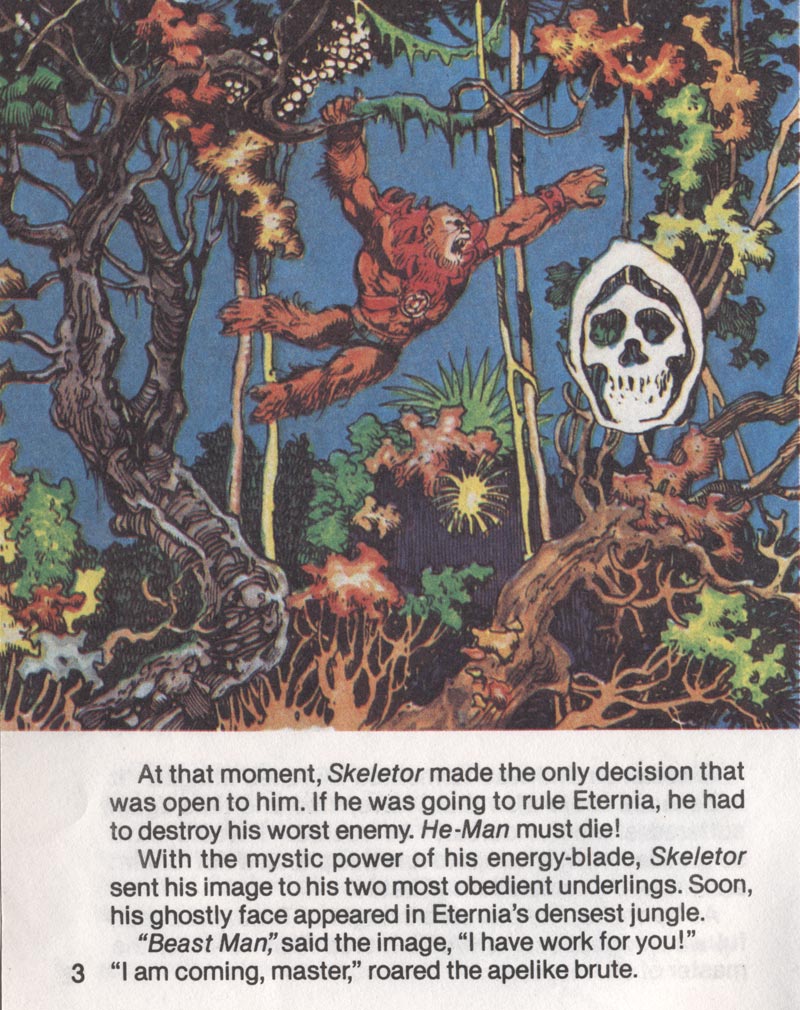 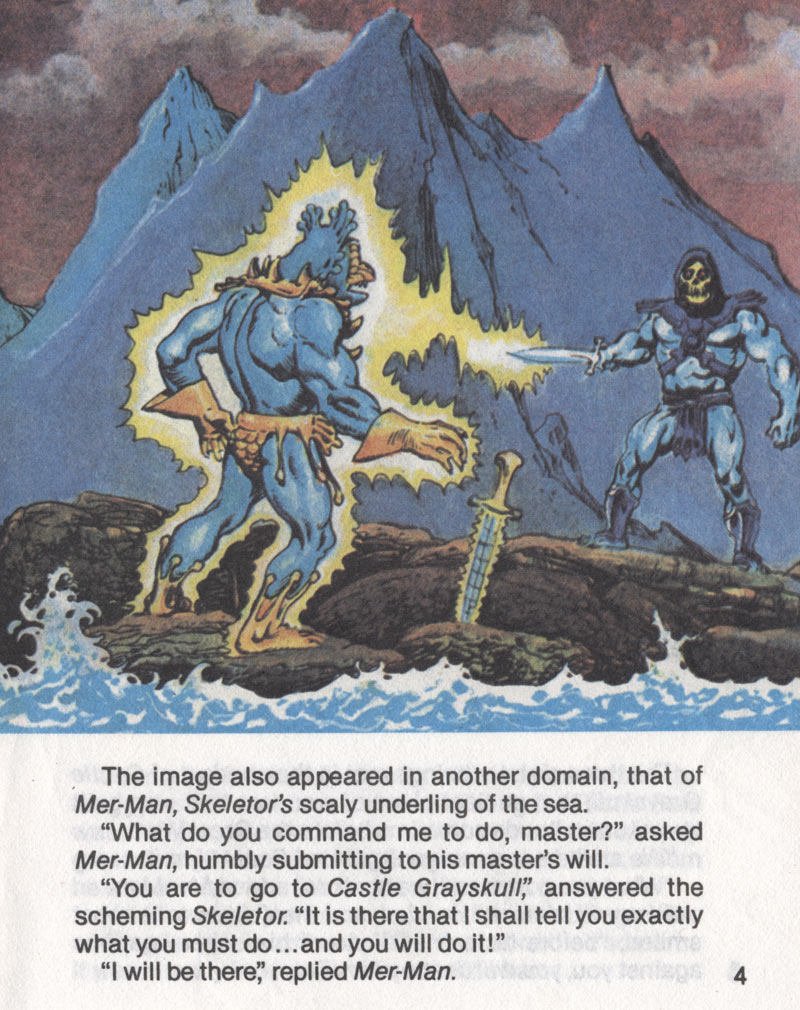 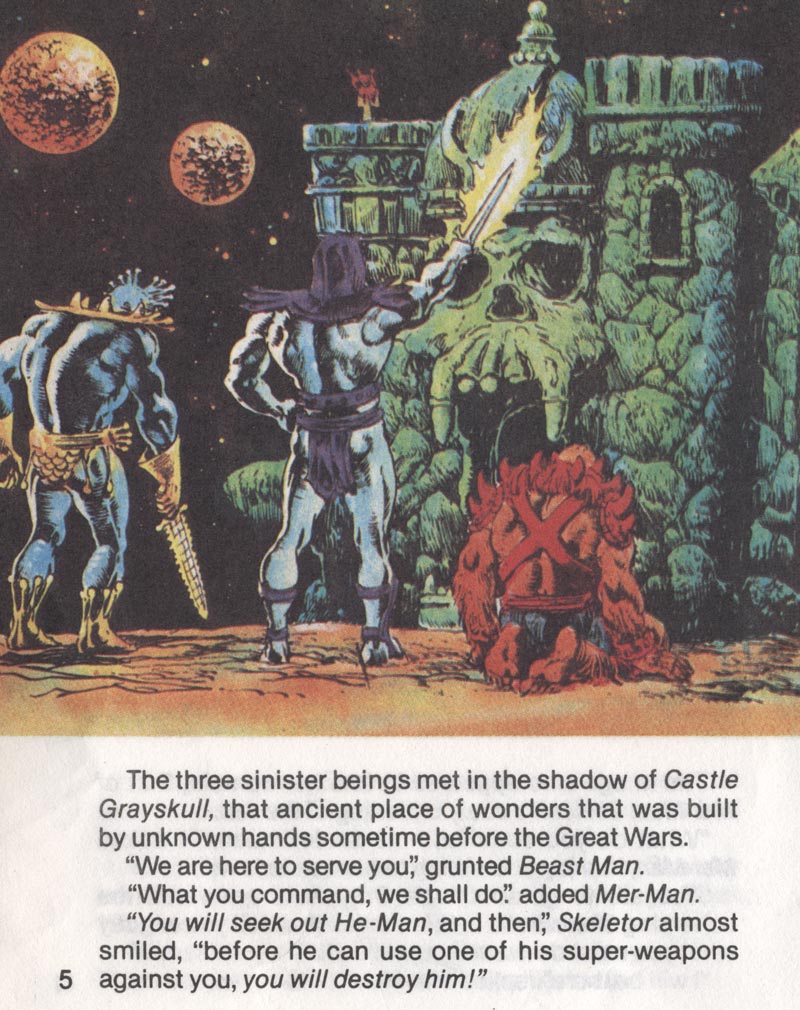 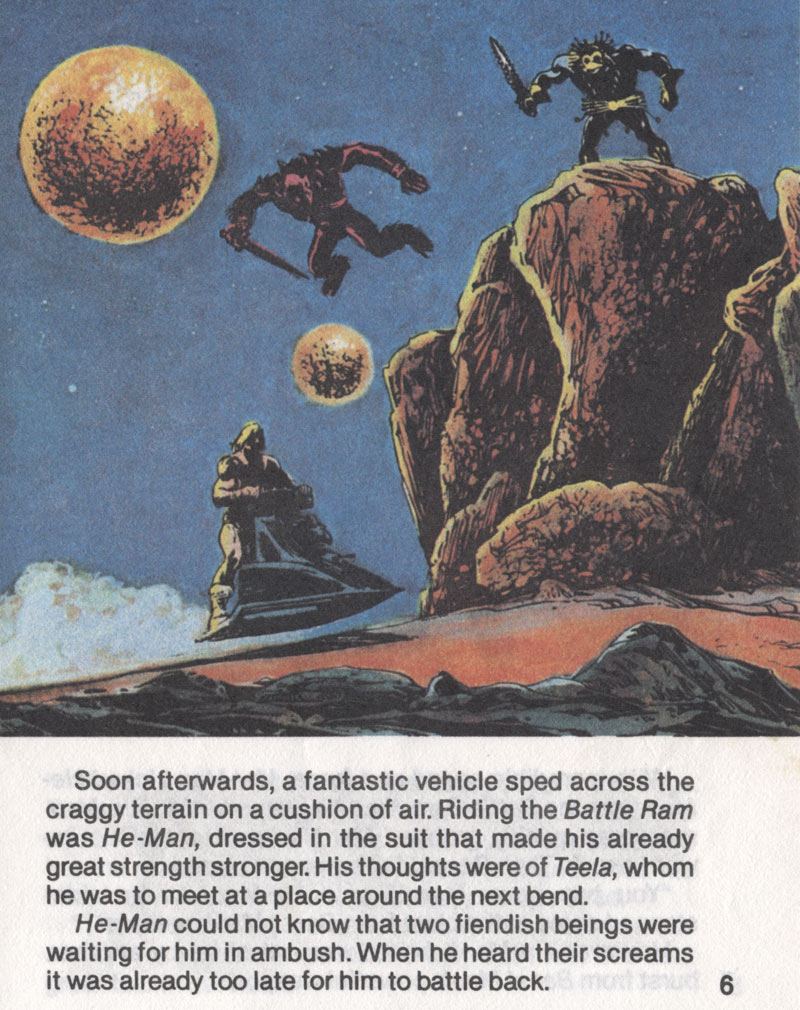 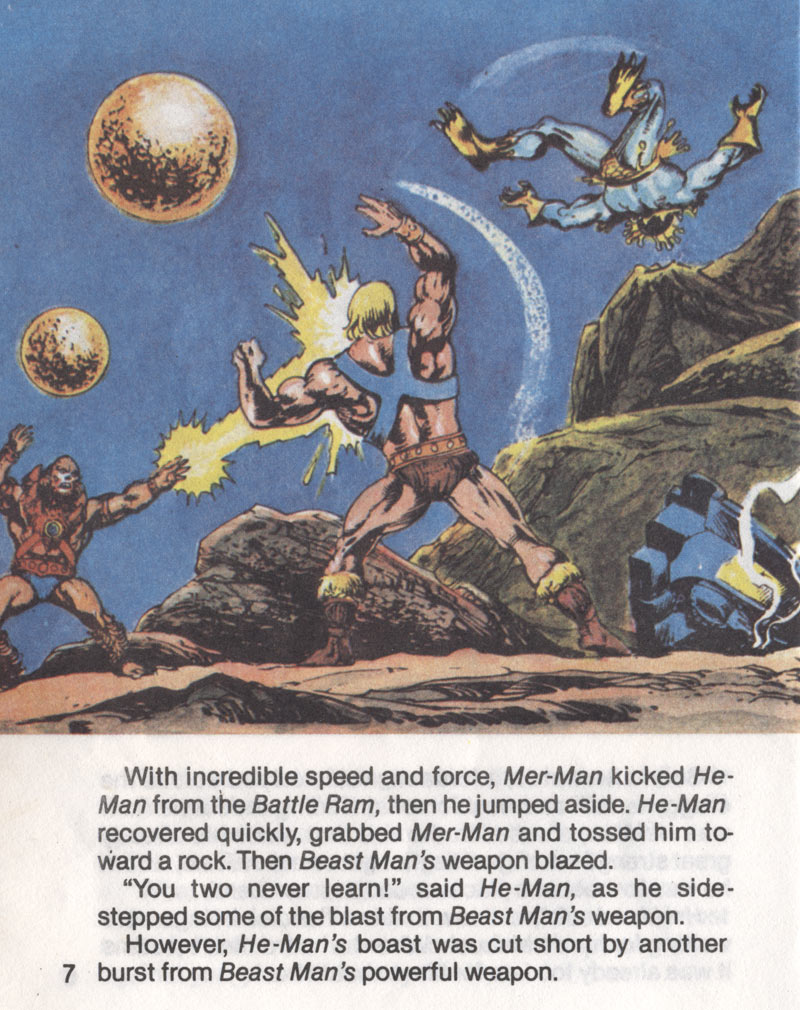 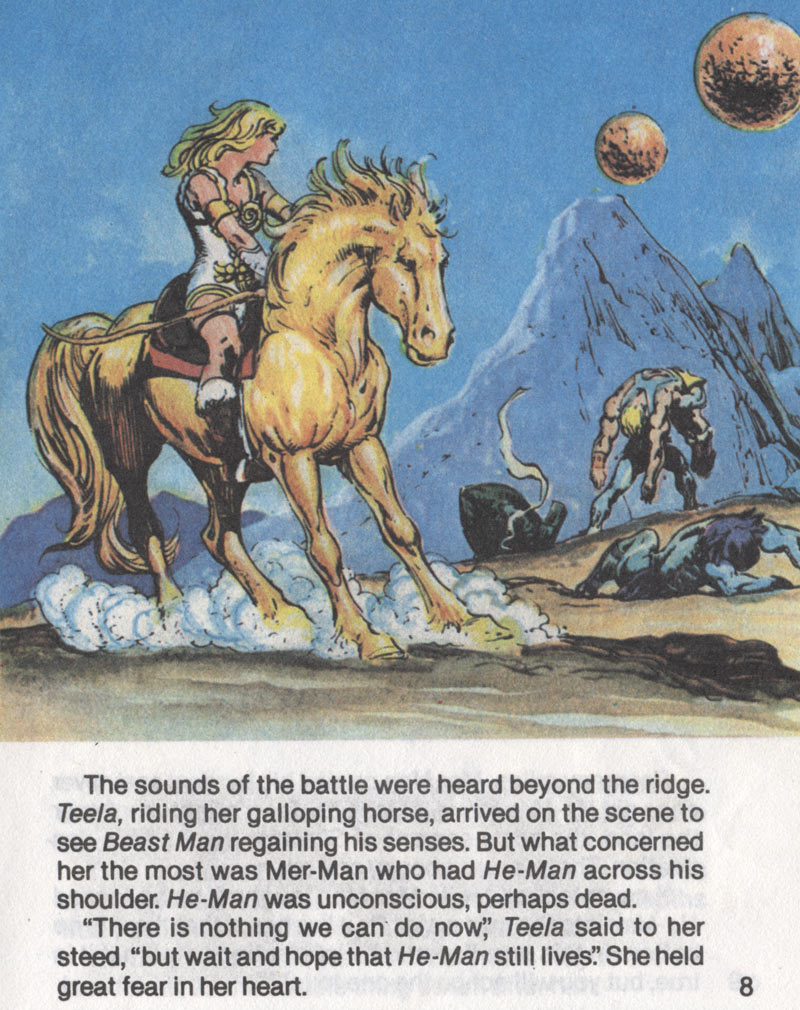 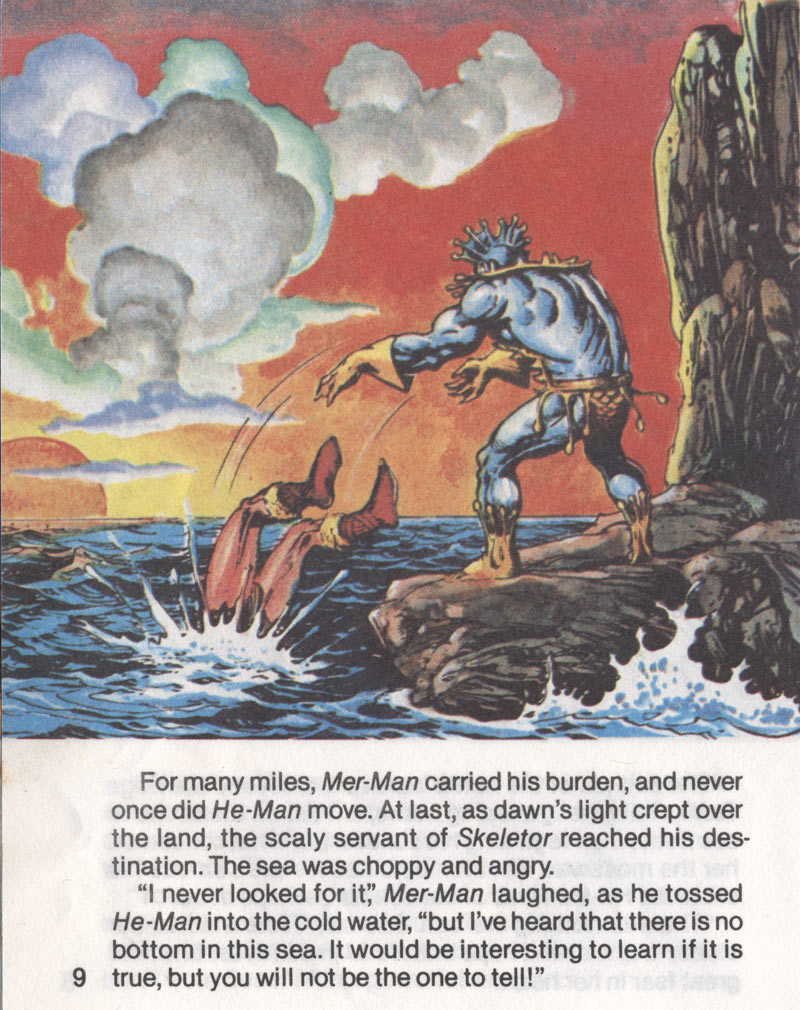 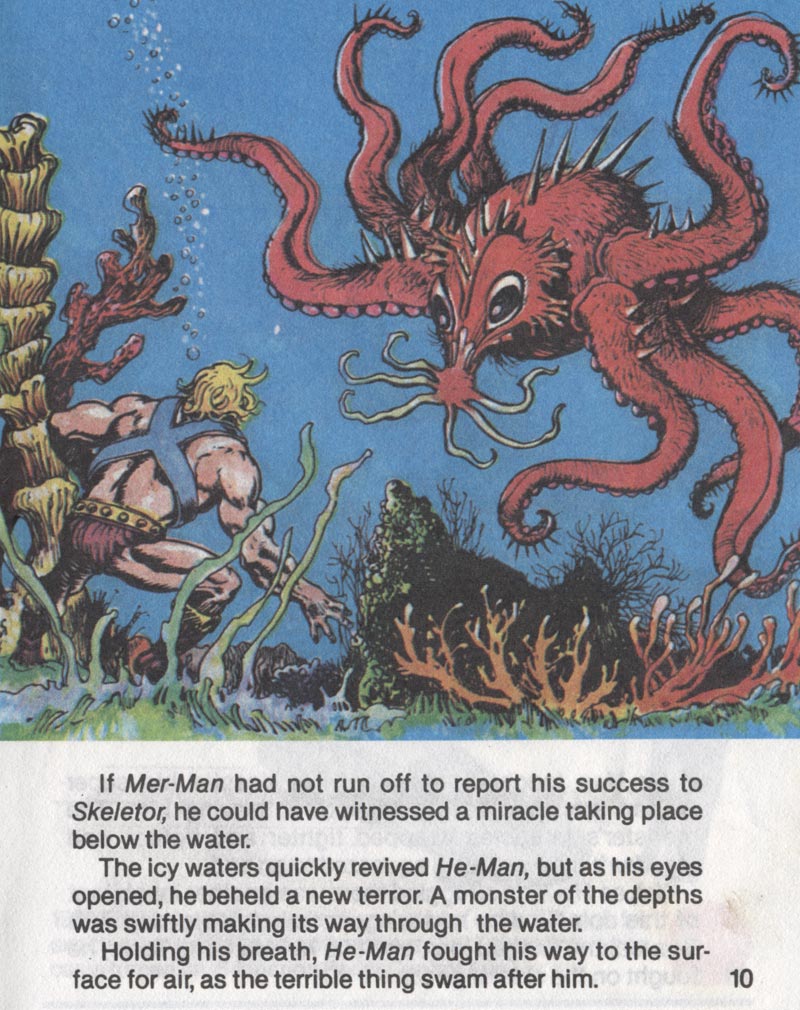 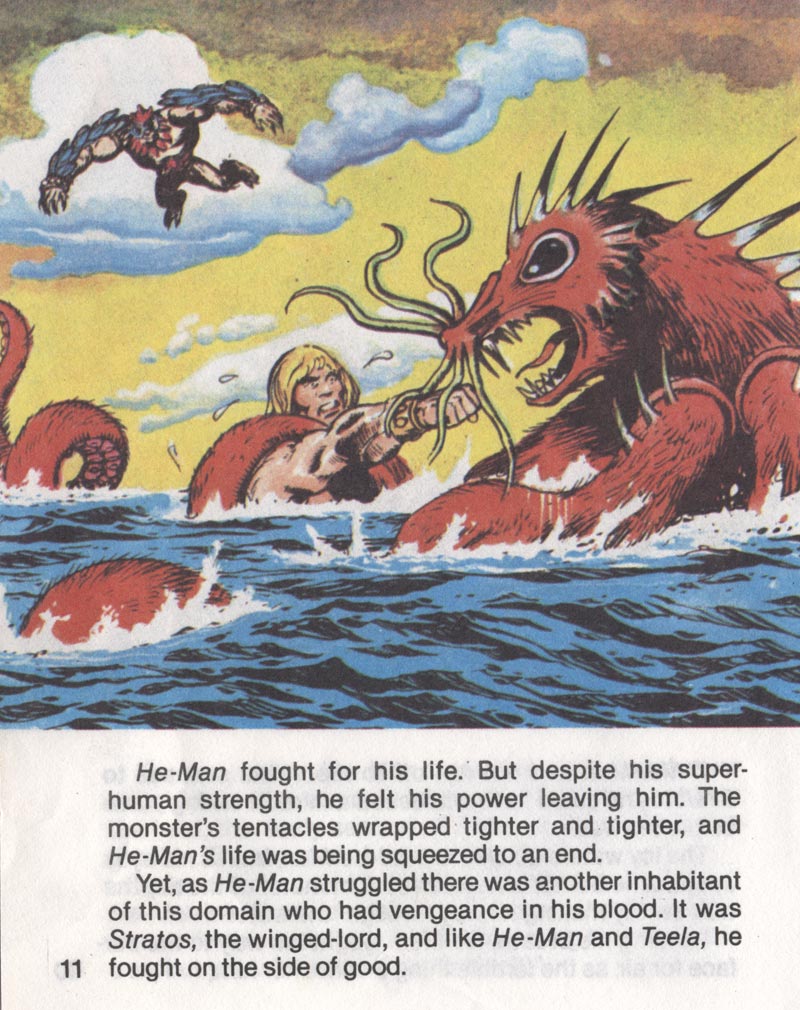 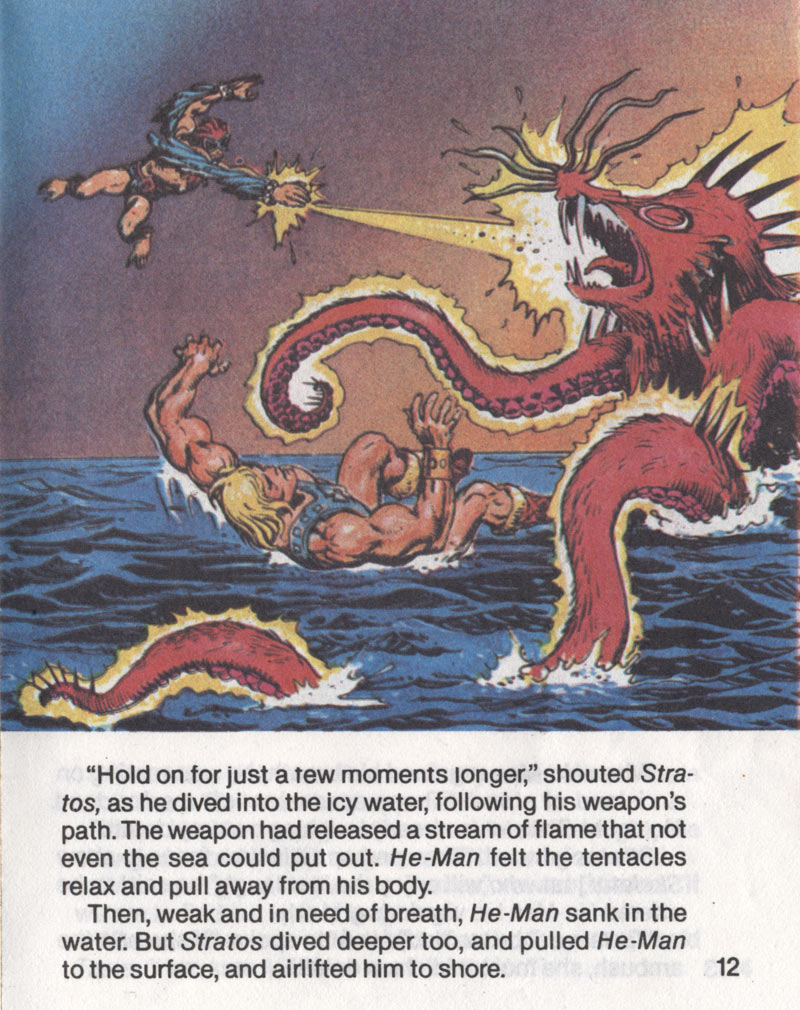 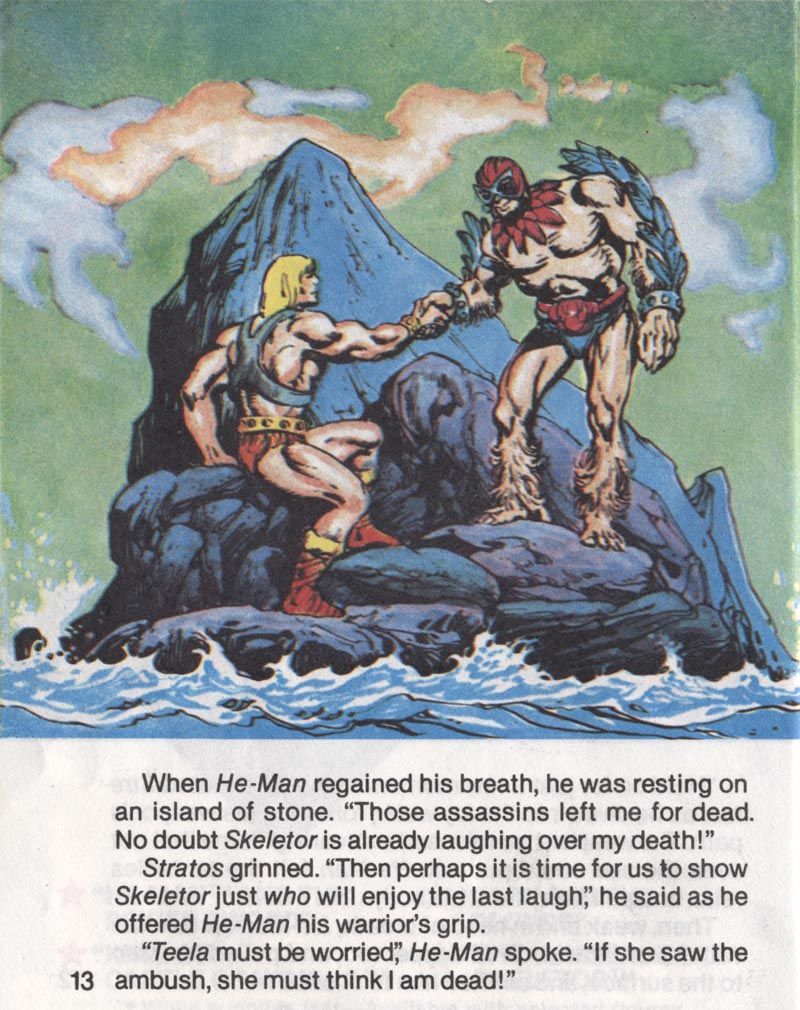 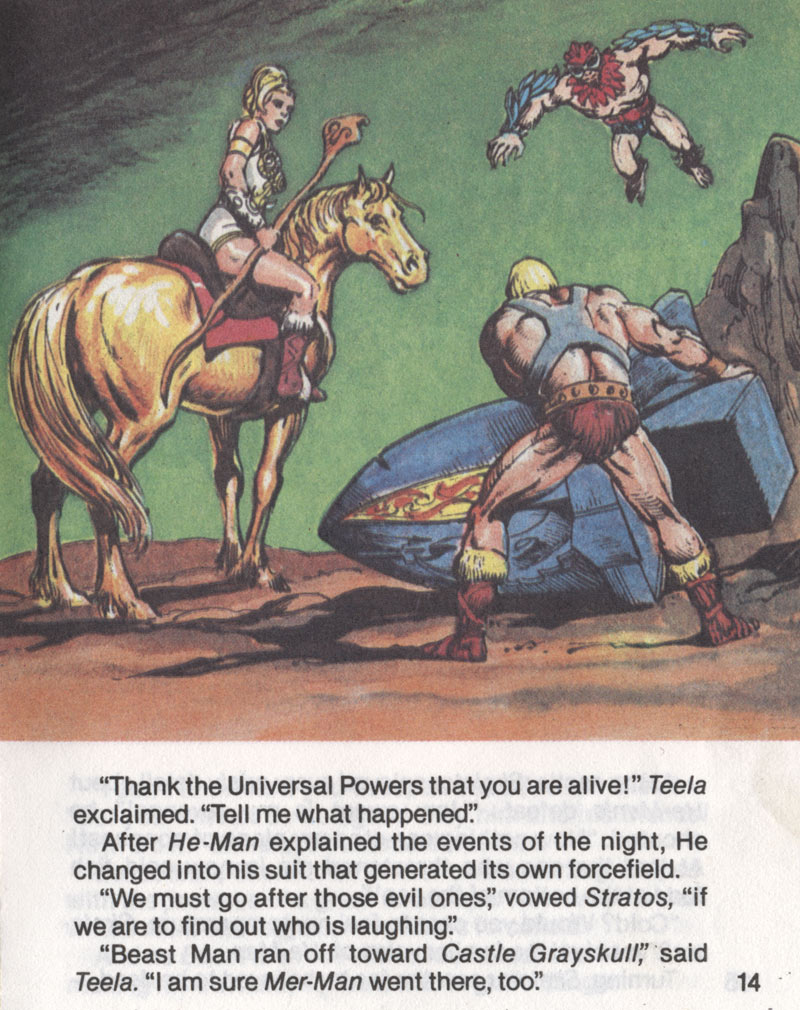 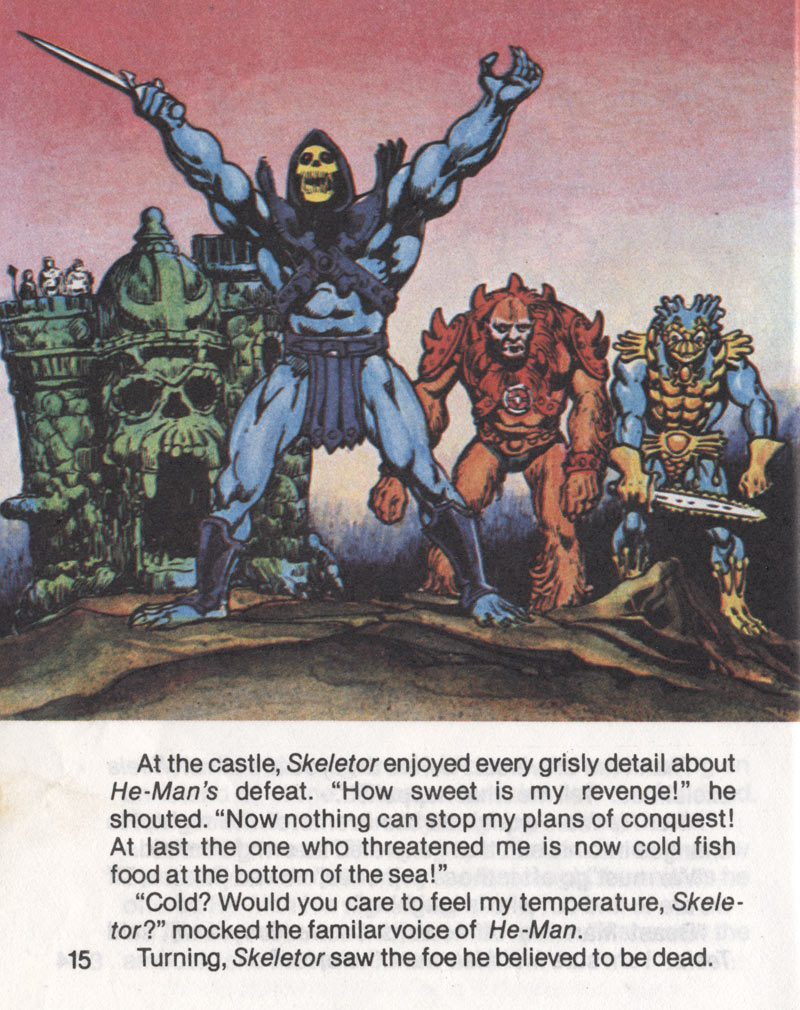 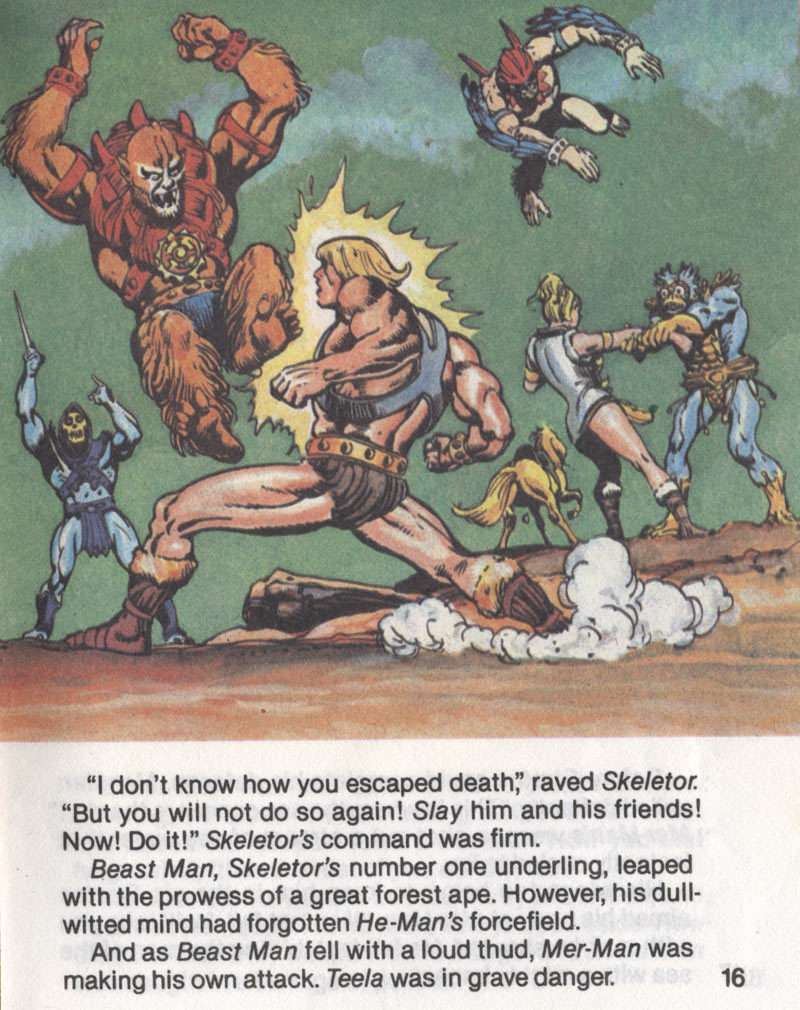 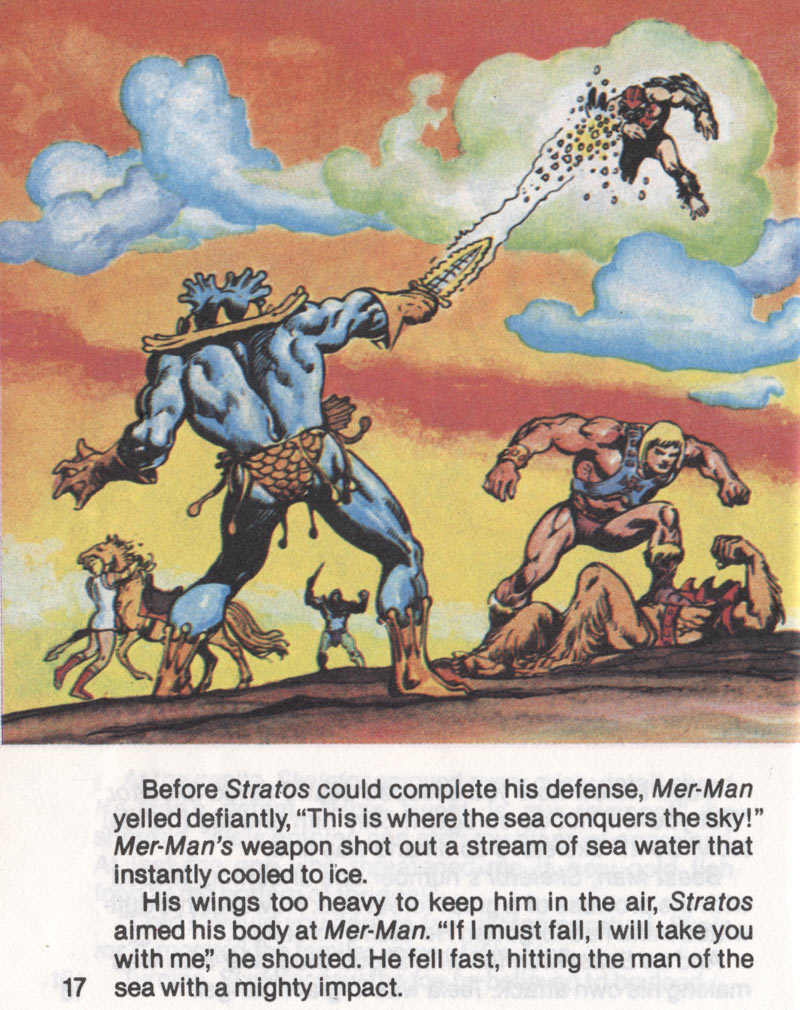 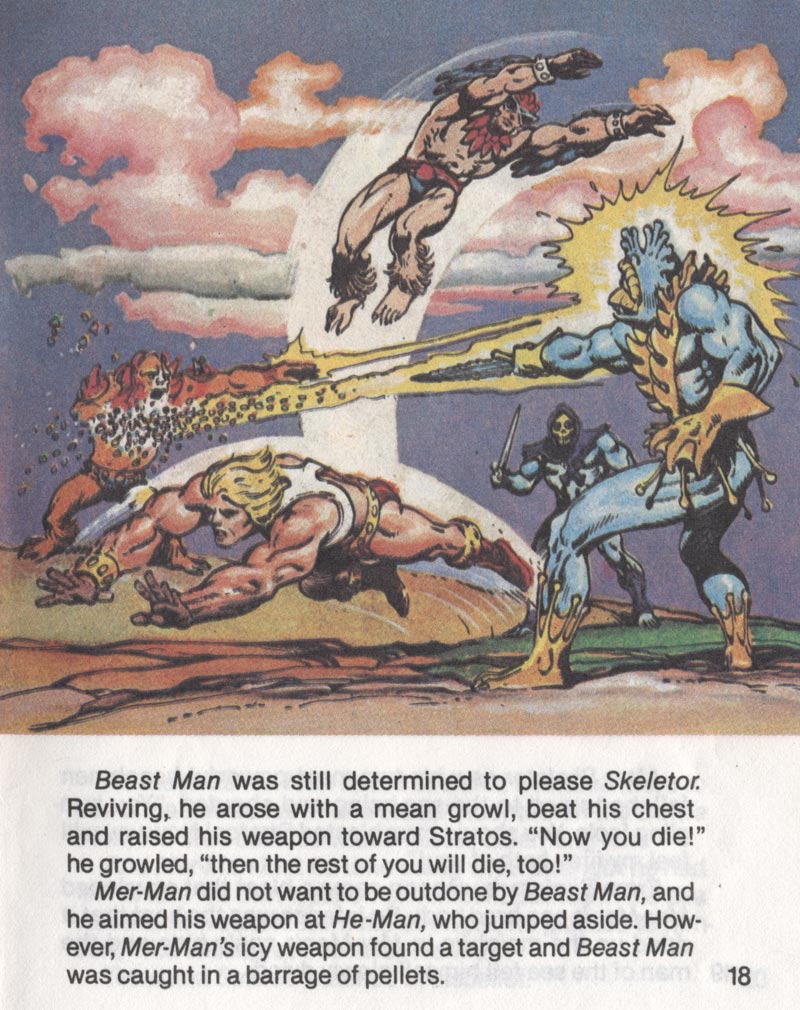 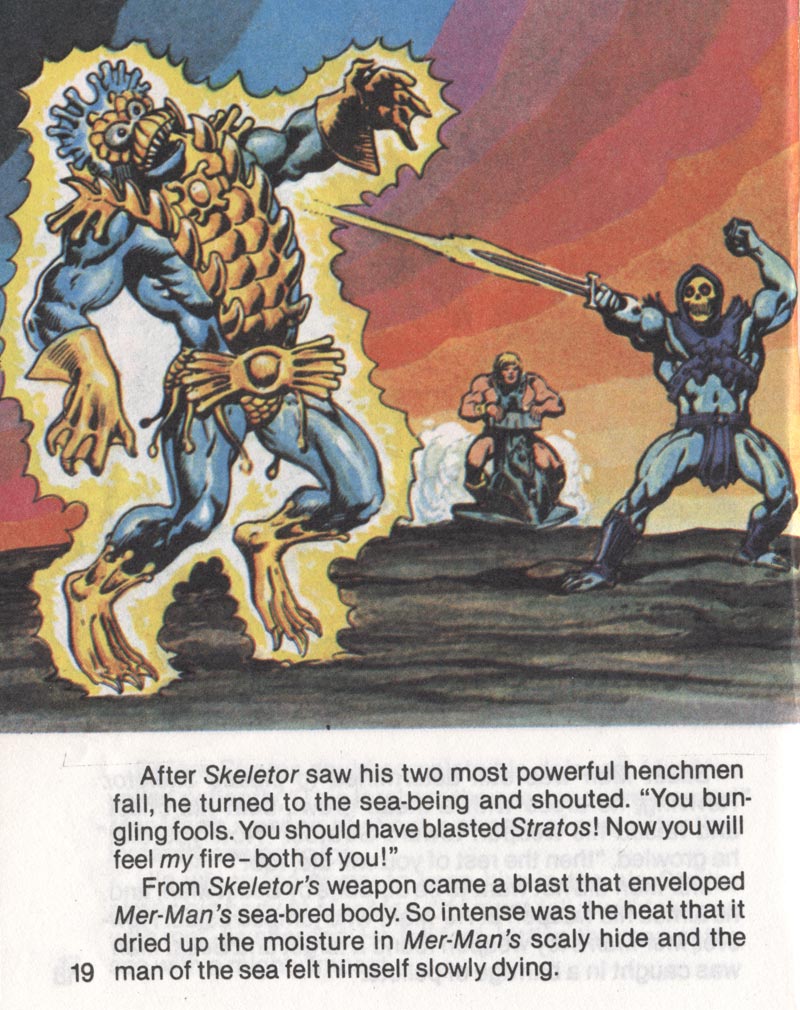 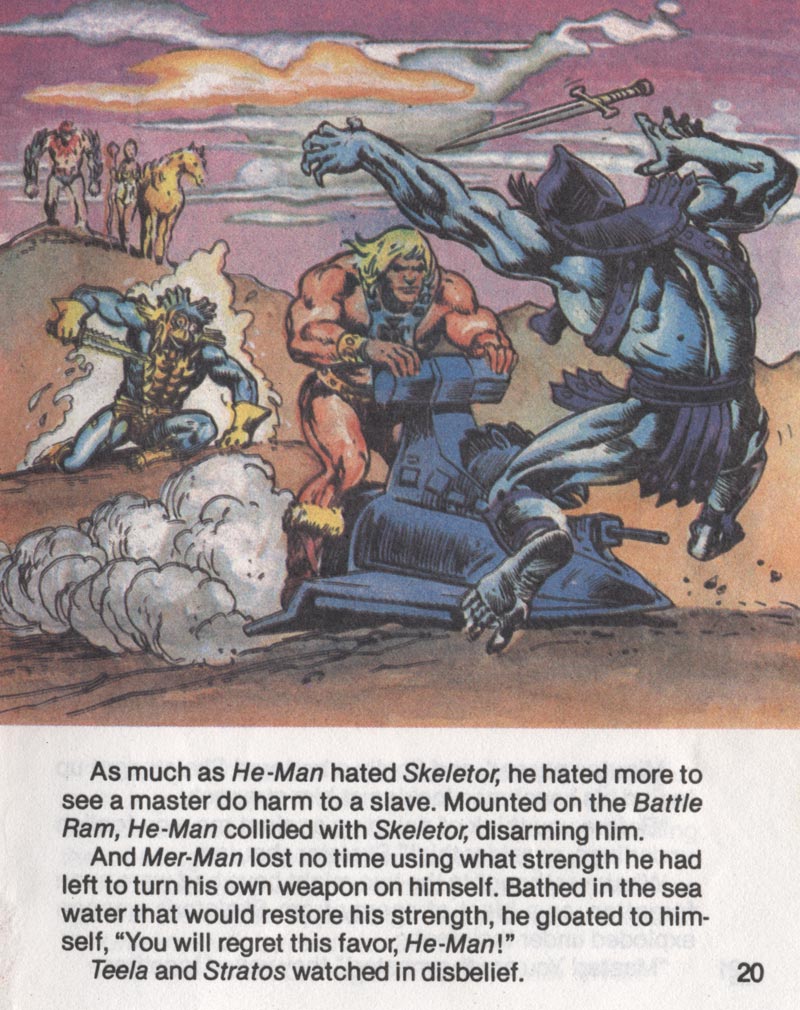 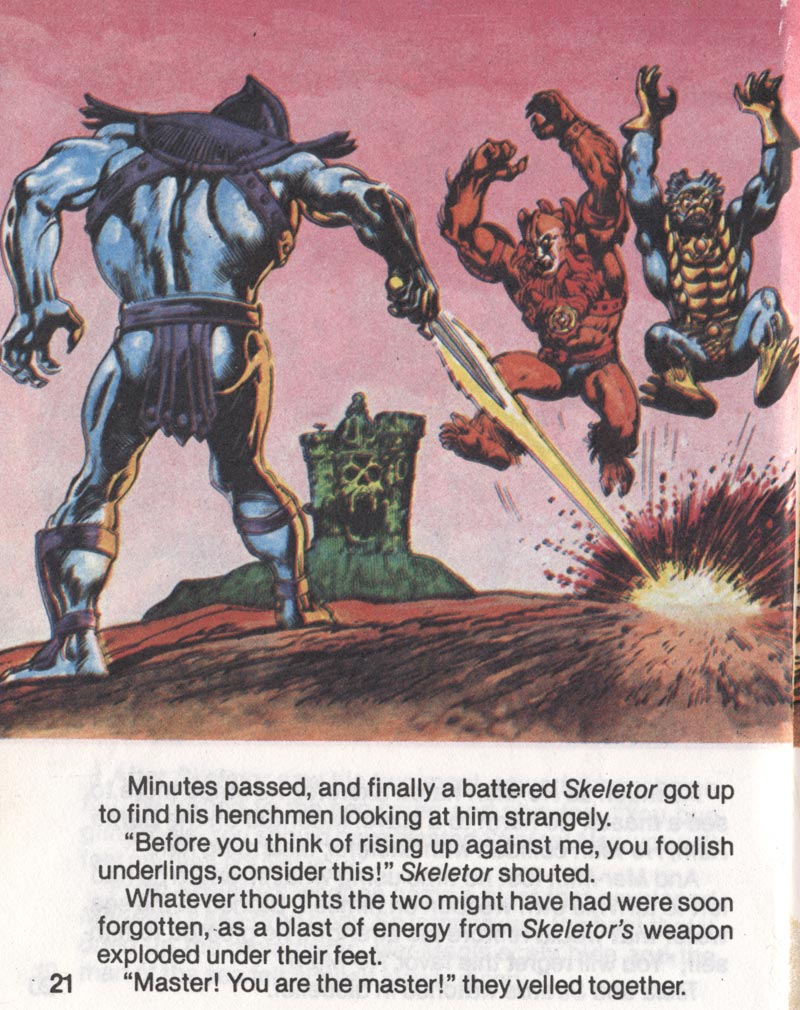 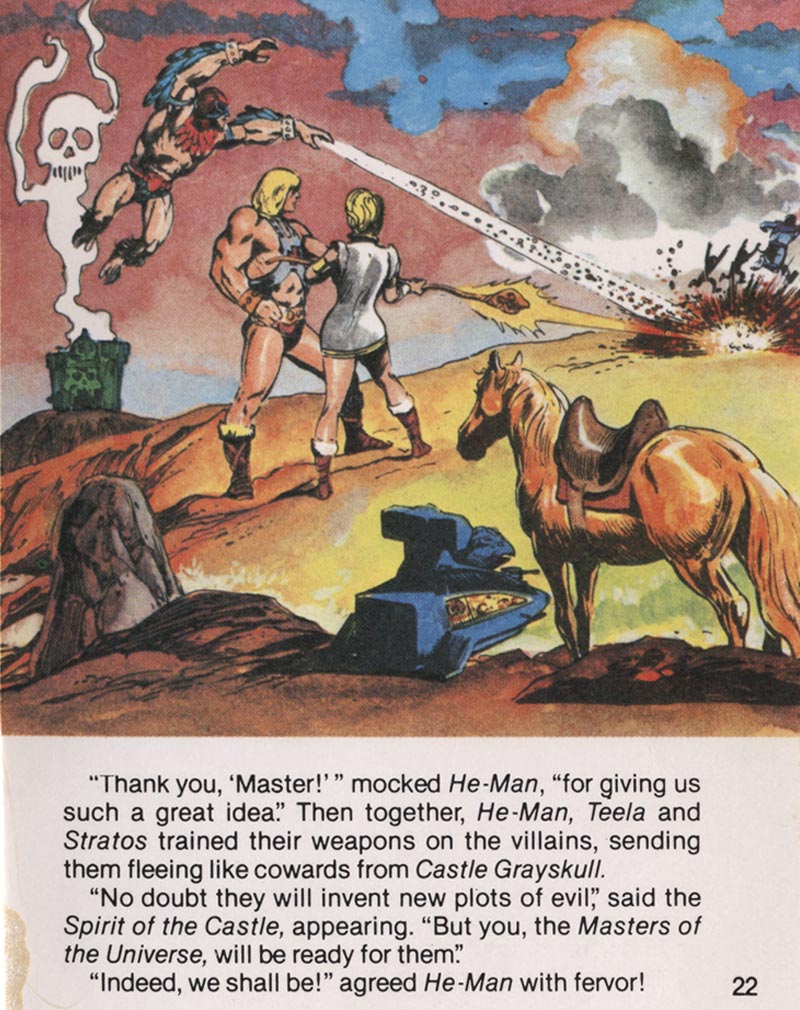