BATTLE IN THE CLOUDS

We can identify Battle in the Clouds as the last story in the sequence of Glut's minicomics from the way Mer-Man is illustrated. Here we see him with his green toy colour rather than the light blue used in the two preceding stories. This extraordinarily good tale is Glut's best MOTU offering, and Alcala's work matches the storytelling. The illustrations in this minicomic are certainly the best in the set, suggesting that the artist was comfortable with the concept of Eternia by this stage.

Both the artwork and story are strong here. Alcala's pictures are very dramatic, capturing some of the most evocative Eternian scenes we have ever enjoyed. But the excitement is not limited to Alcala's beautiful landscapes; the action is represented superbly, reaching its peak of intensity on page 19 when Mer-Man blasts the Wind Raider and causes Man-At-Arms to fall from the craft. The scenes are violent and frightening. This story more than any other represents the strengths of the pre-Filmation canon. It is this interpretation of Eternia and its characters which fans of the barbarian themes love.

One of the most interesting moments in this book involves Battle Cat. On page 10 He-Man summons him from the forest. This emphasises Battle Cat's wild nature. He isn't a pet that lives in a luxurious palace; he exists in his natural environment and ventures out only when He-Man needs his assistance. The bond between man and wild animal is intriguing; we know from real life that such examples are rare. It's a secondary theme, but an interesting one.

Battle in the Clouds is the best of Glut's MOTU stories. It doesn't contribute to the canon in quite the same way as the first two minicomics (it doesn't refer to the Power Sword or Skeletor's quest to learn Castle Grayskull's secrets), but it's much better at character development. It shows that Mer-Man is practically an equal to Skeletor and has a similar desire for power. This story epitomises the best qualities of the pre-Filmation era. 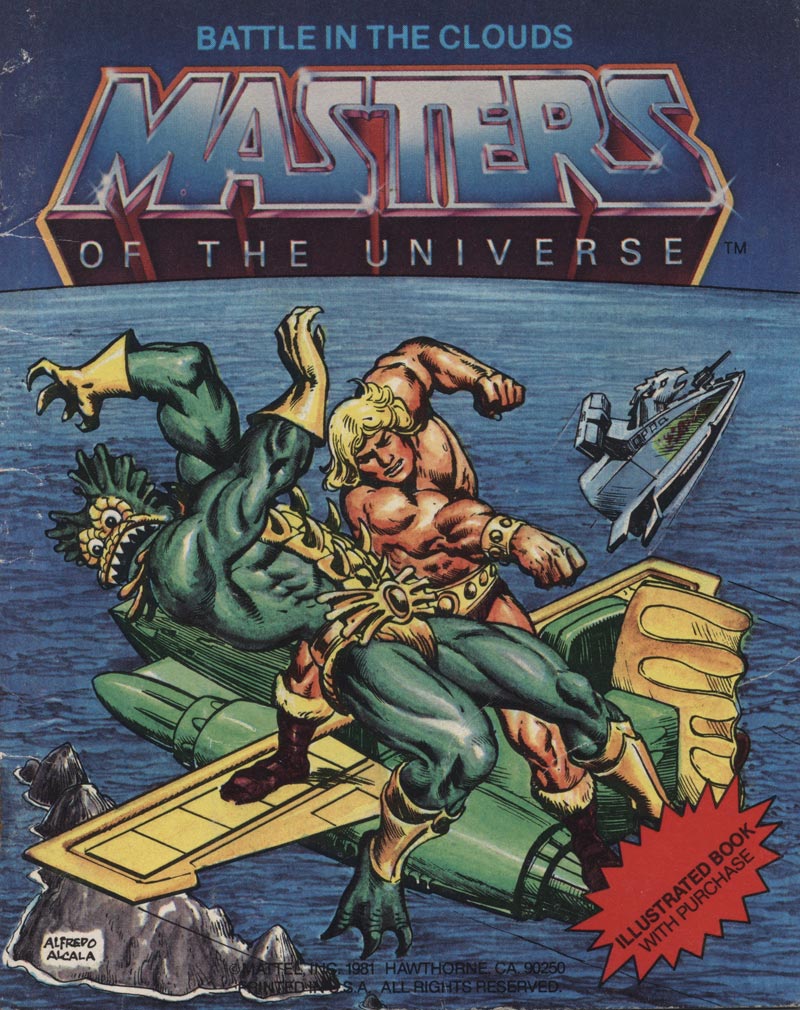 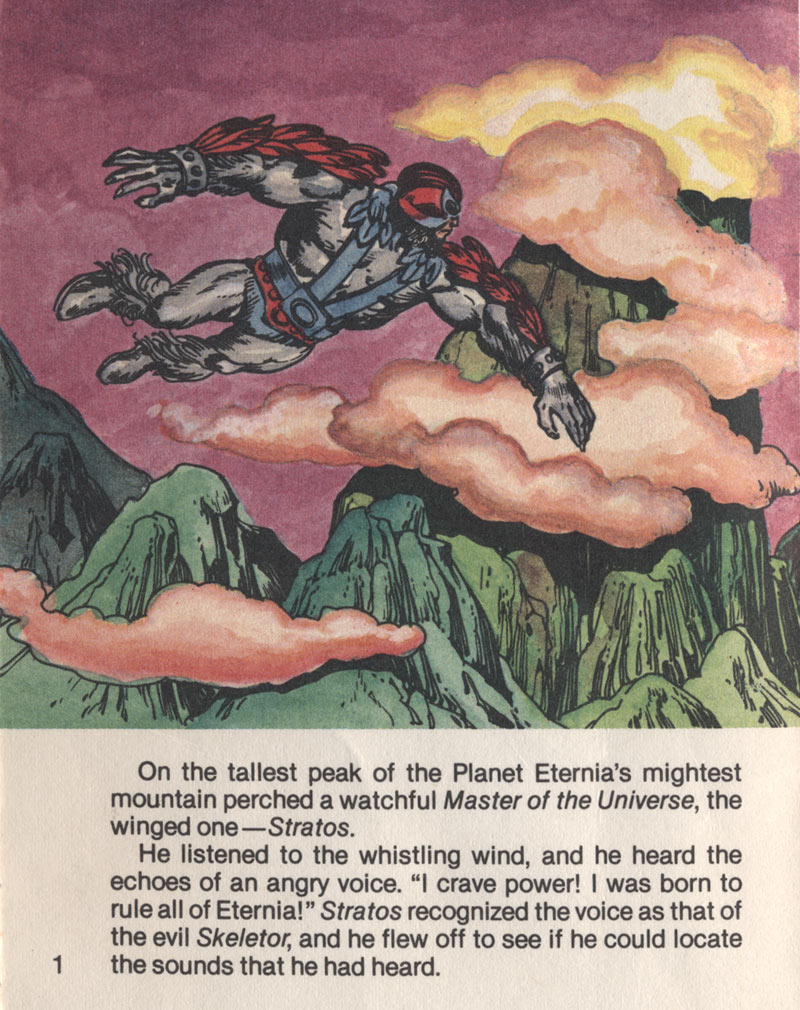 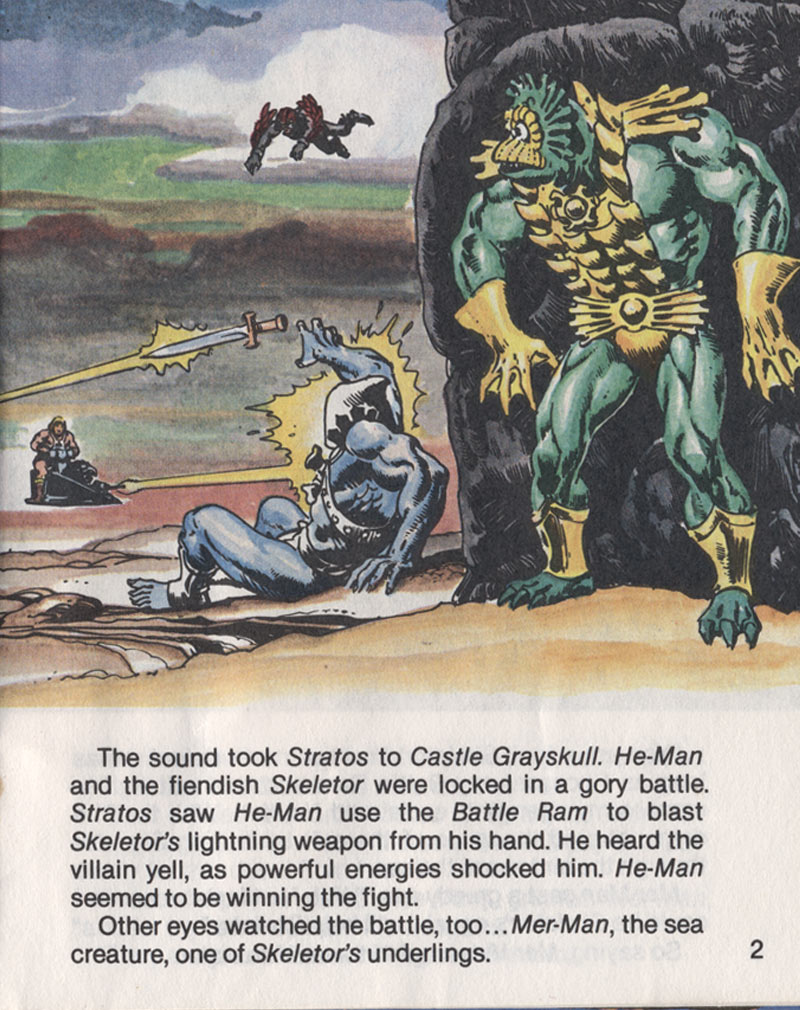 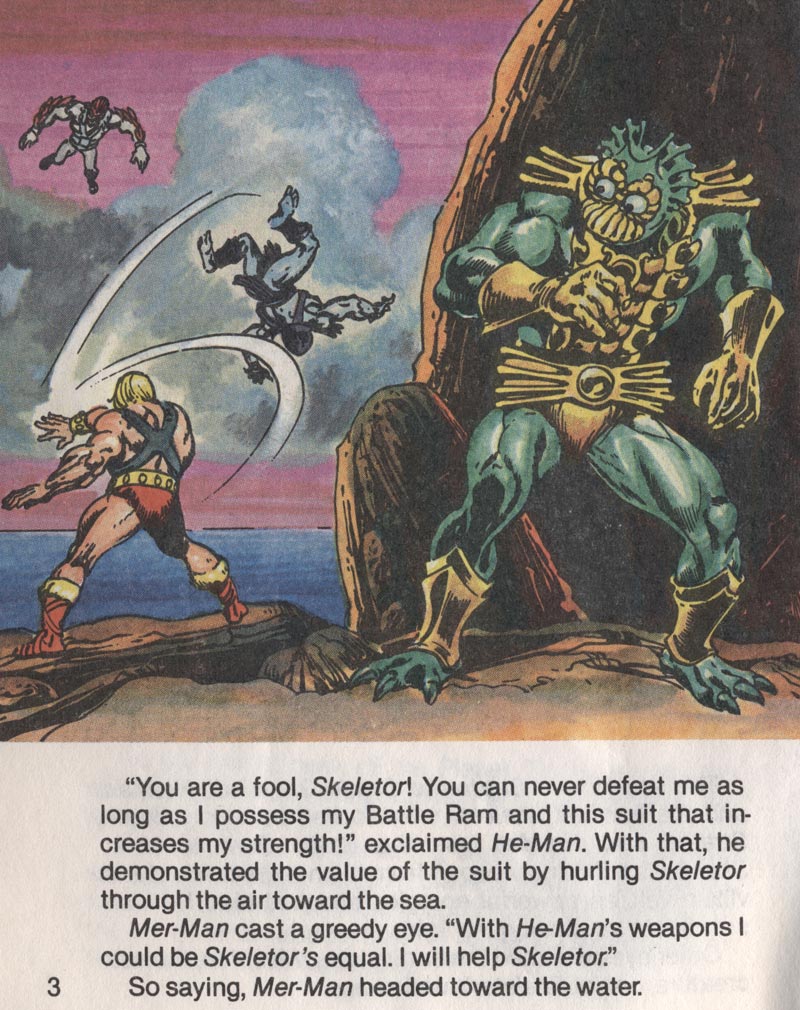 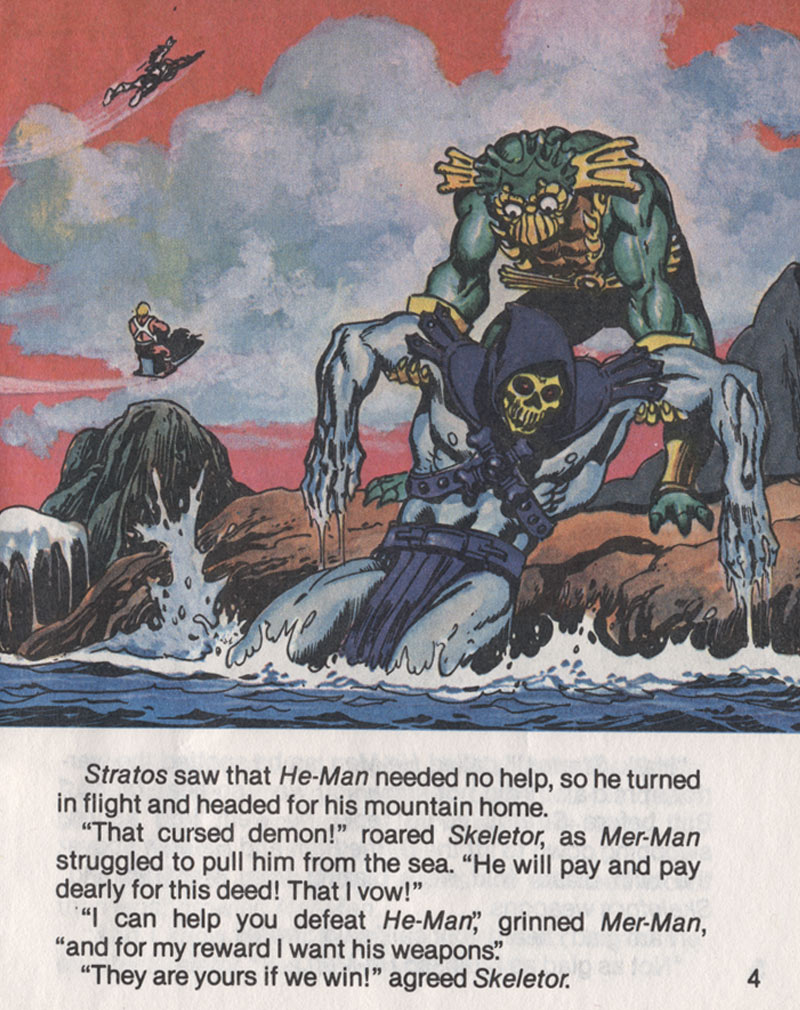 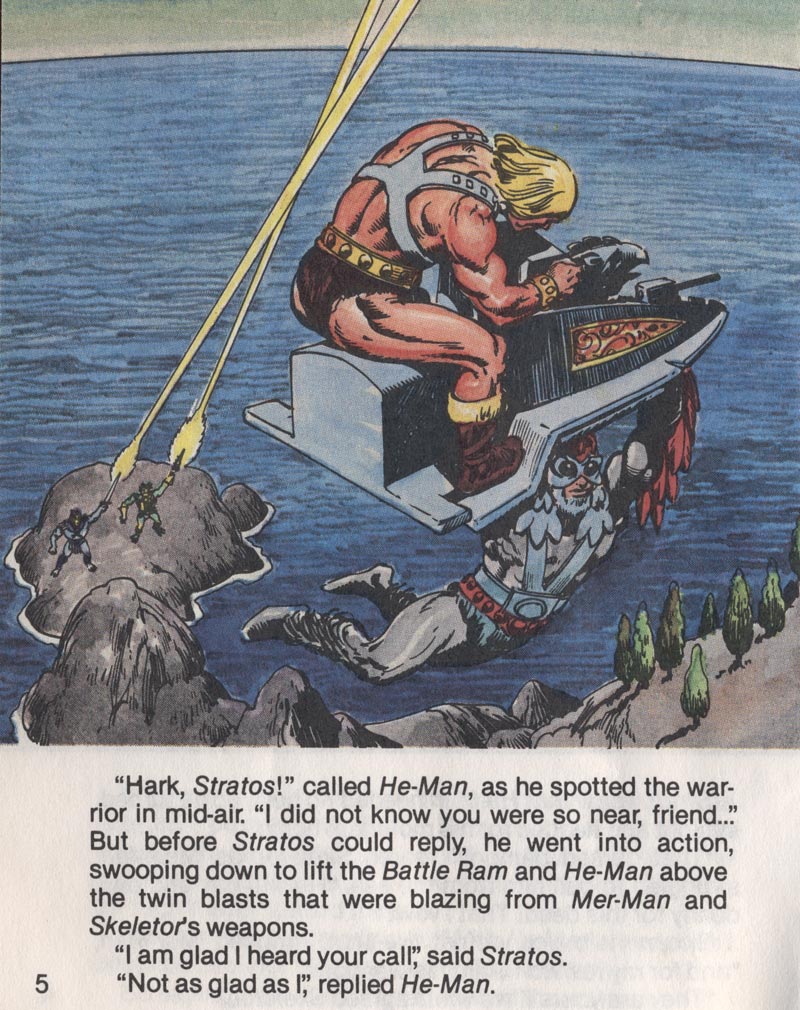 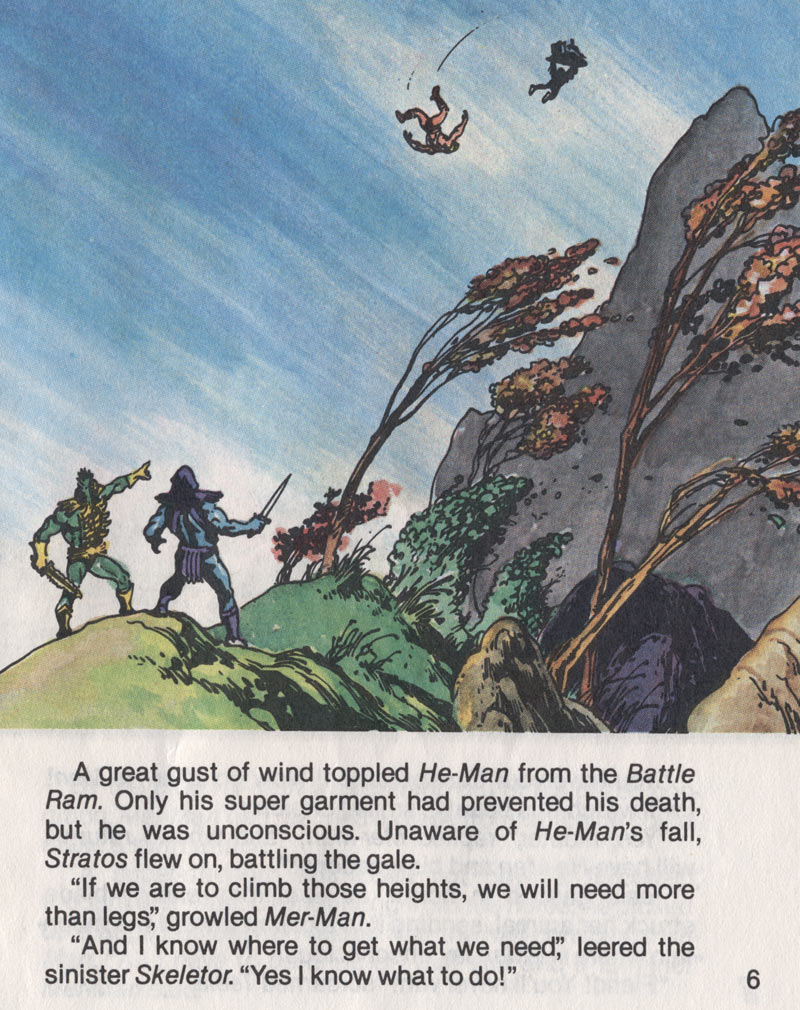 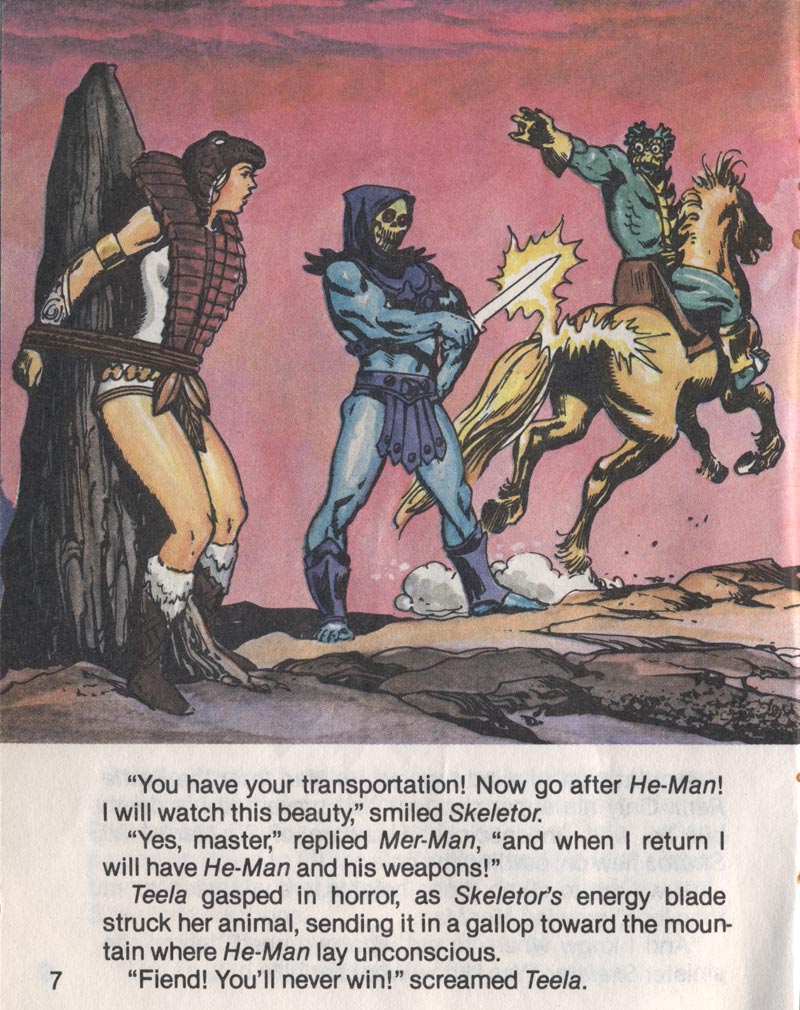 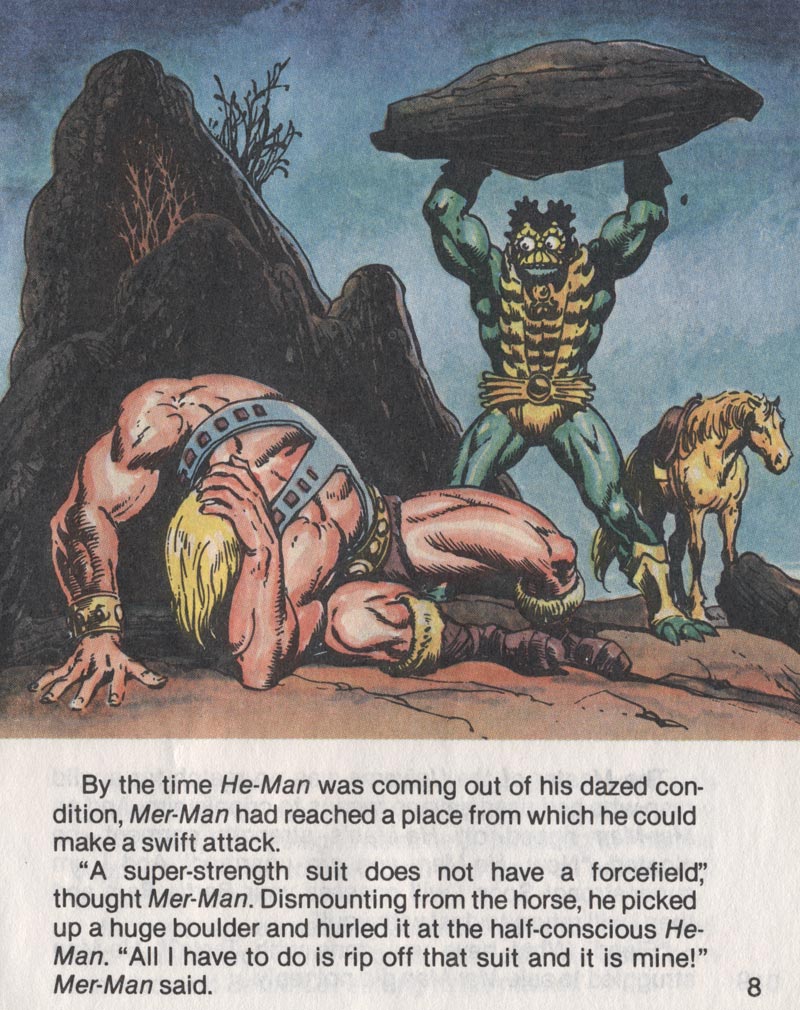 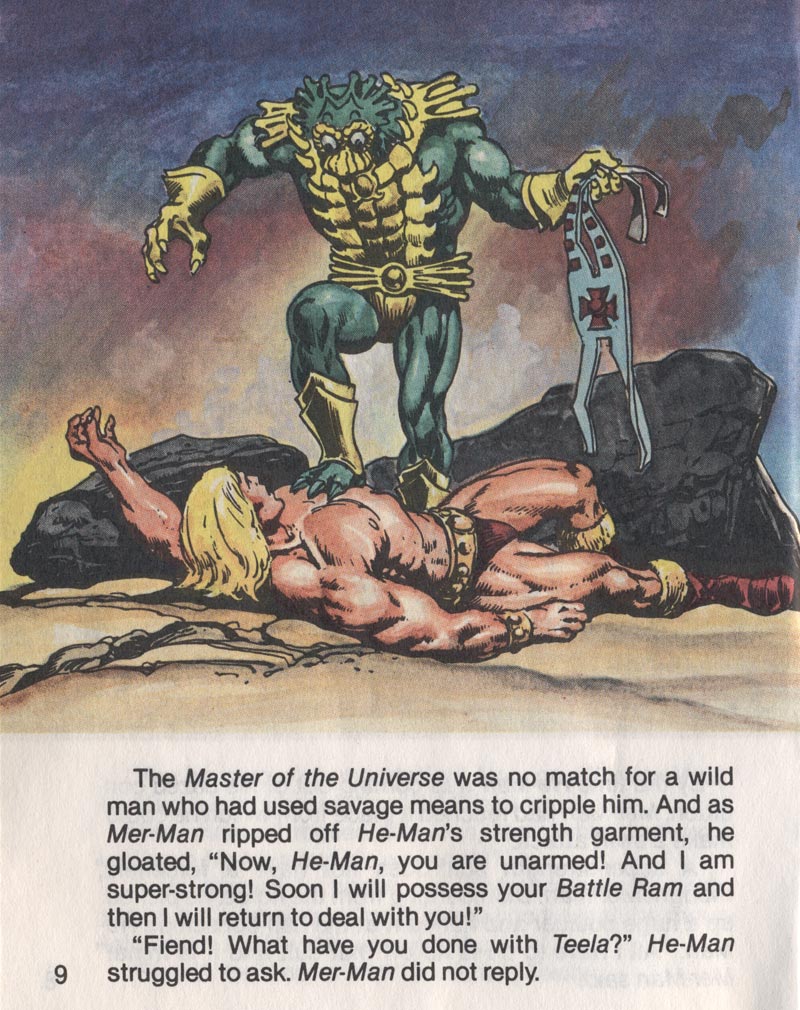 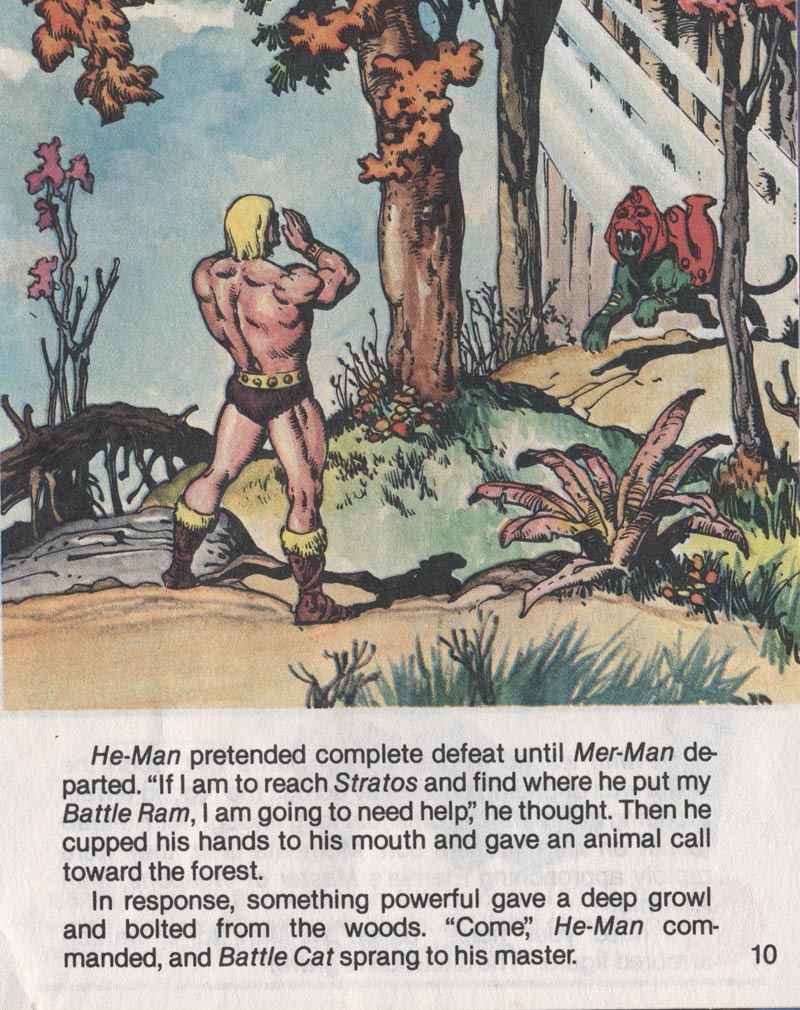 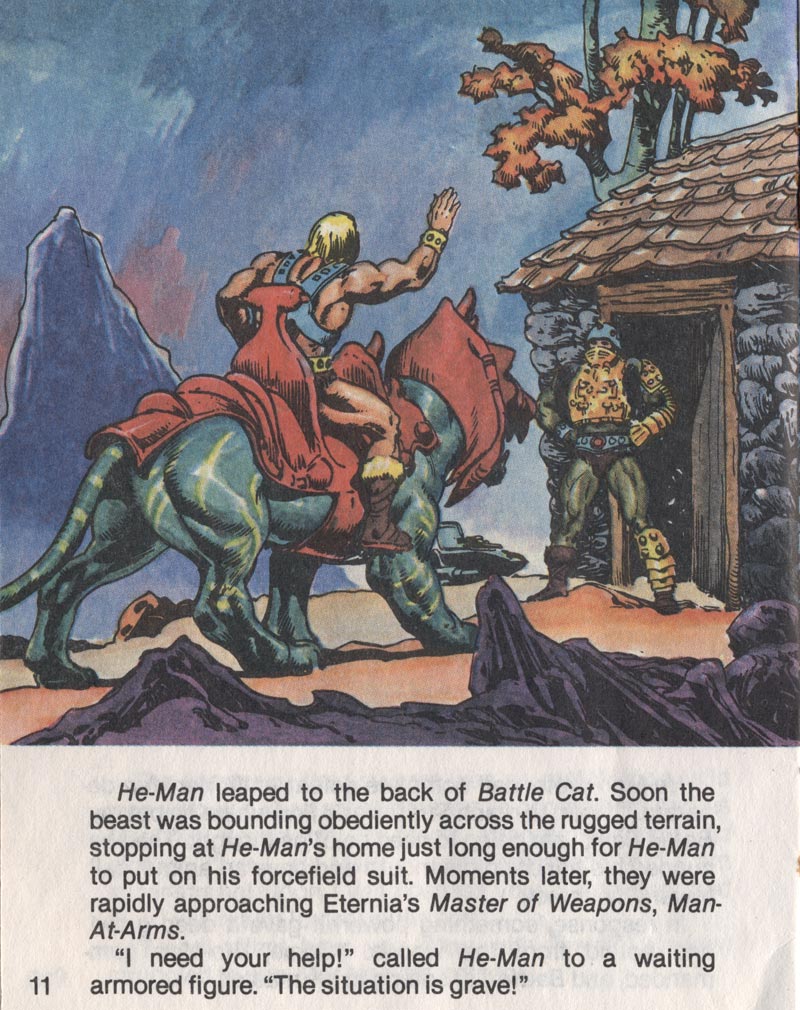 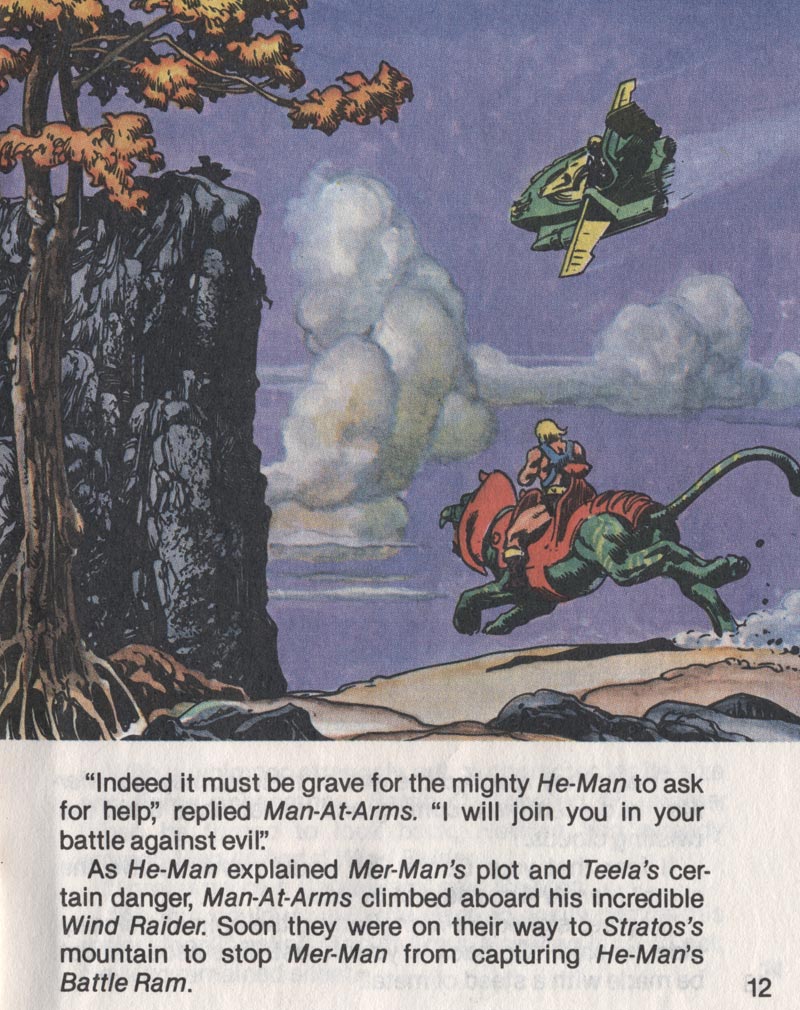 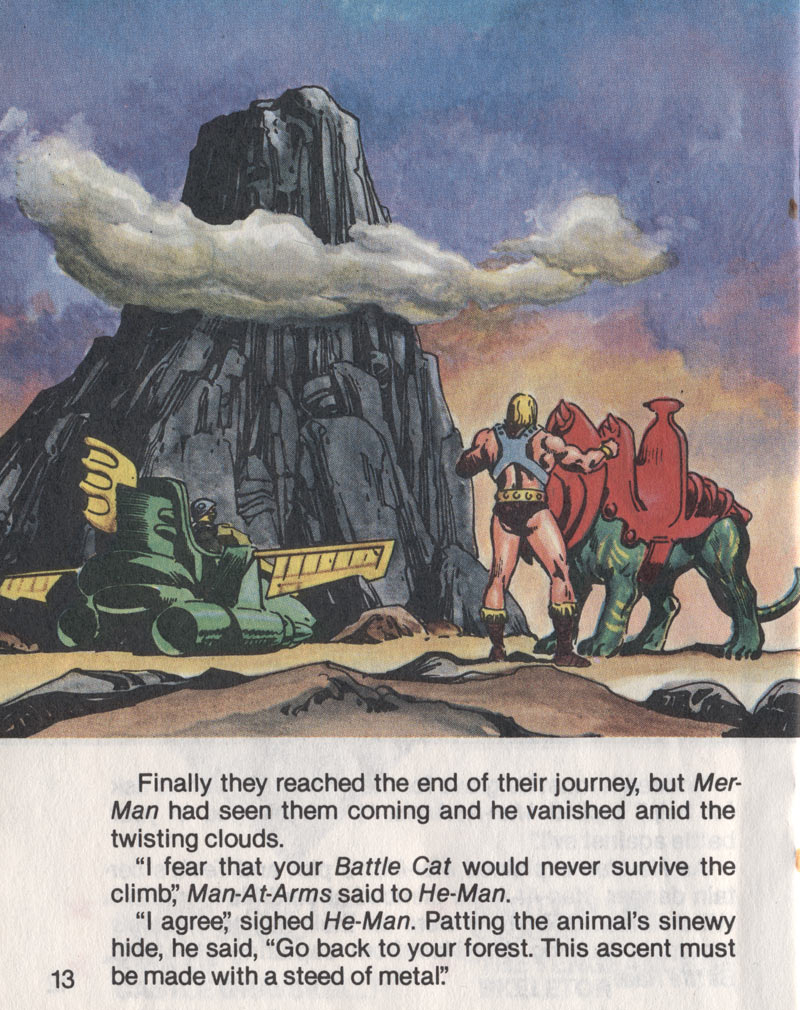 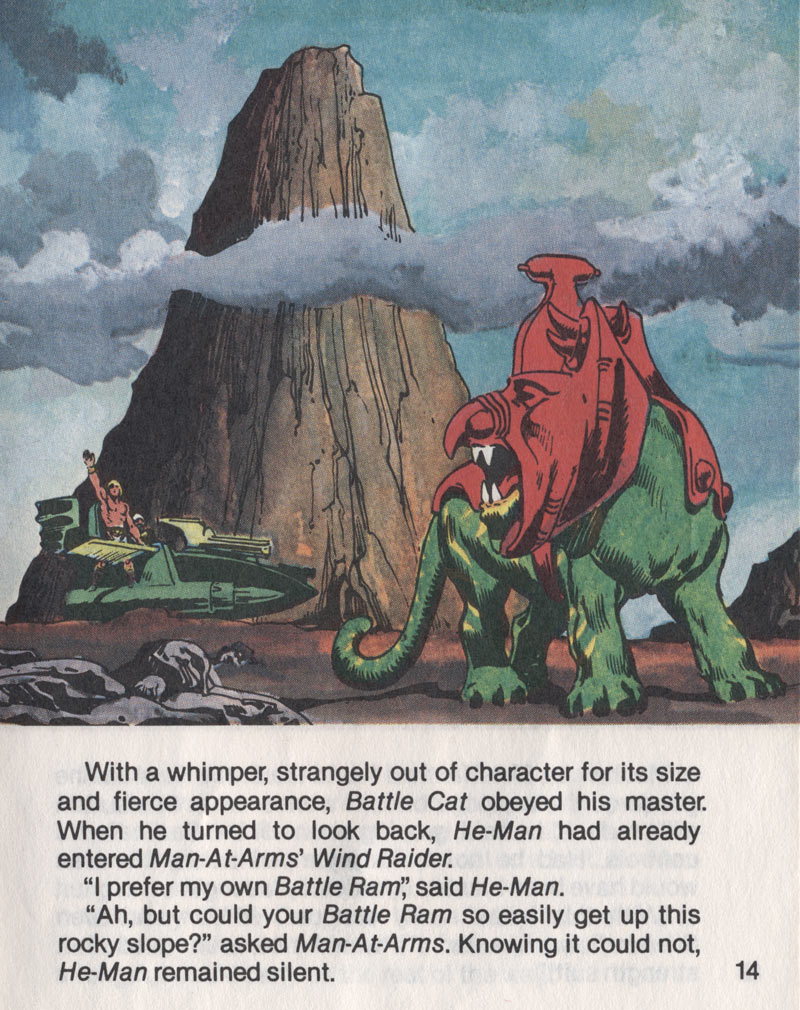 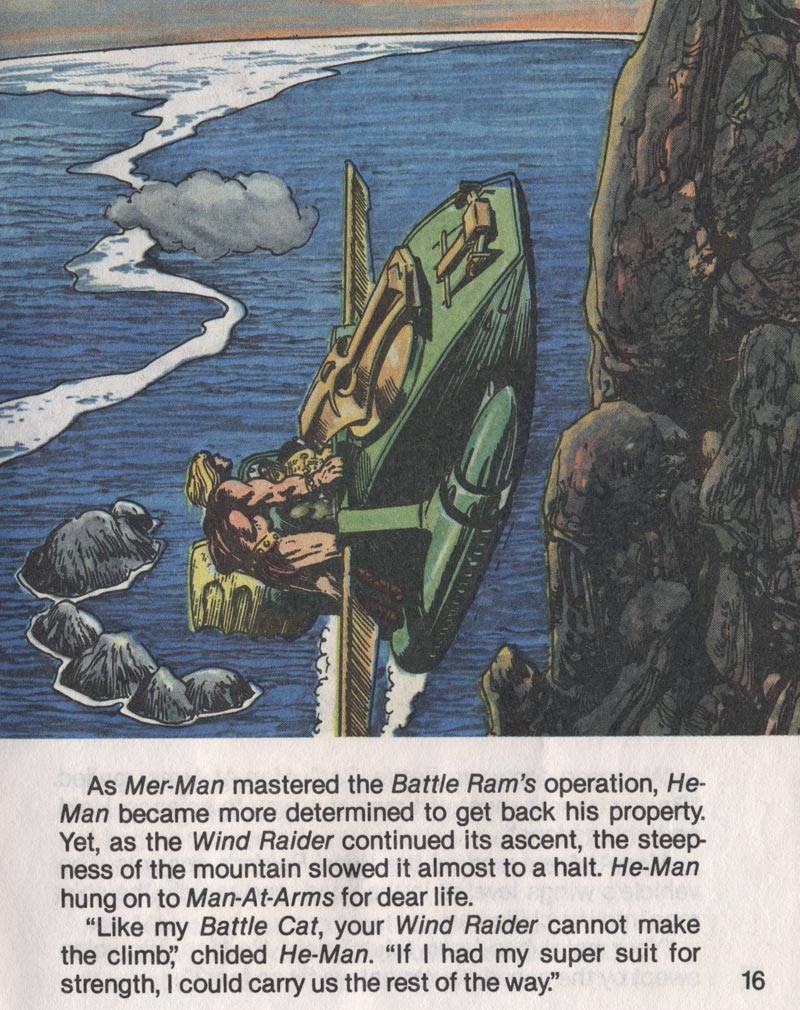 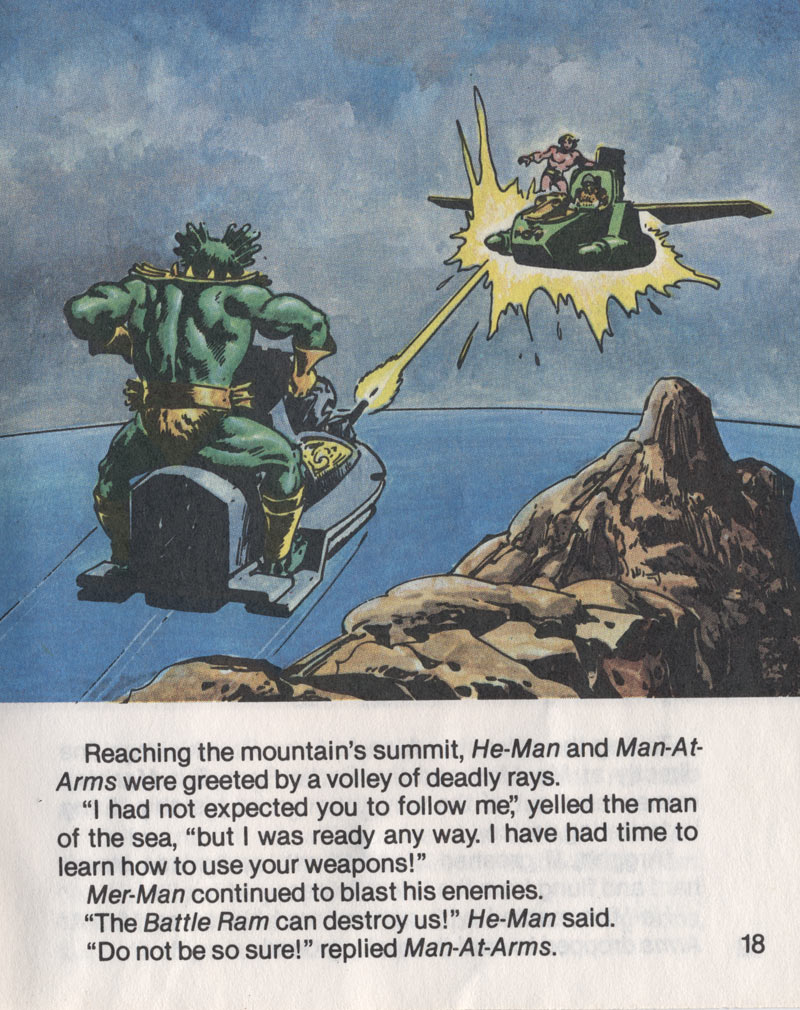 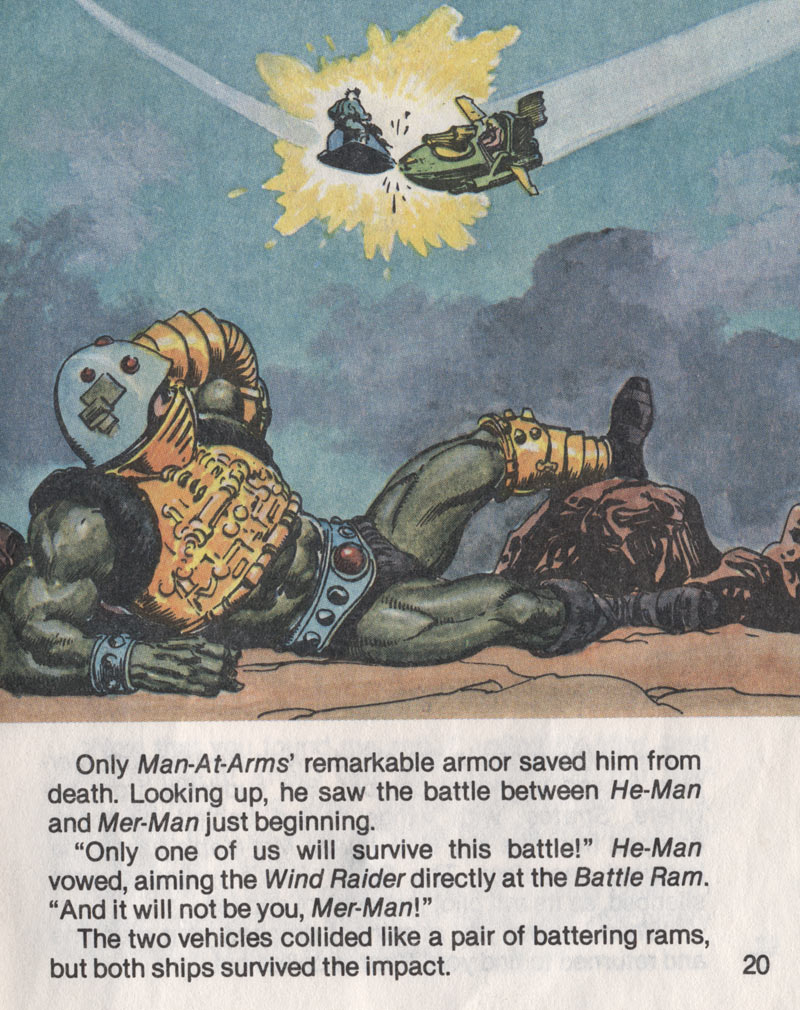 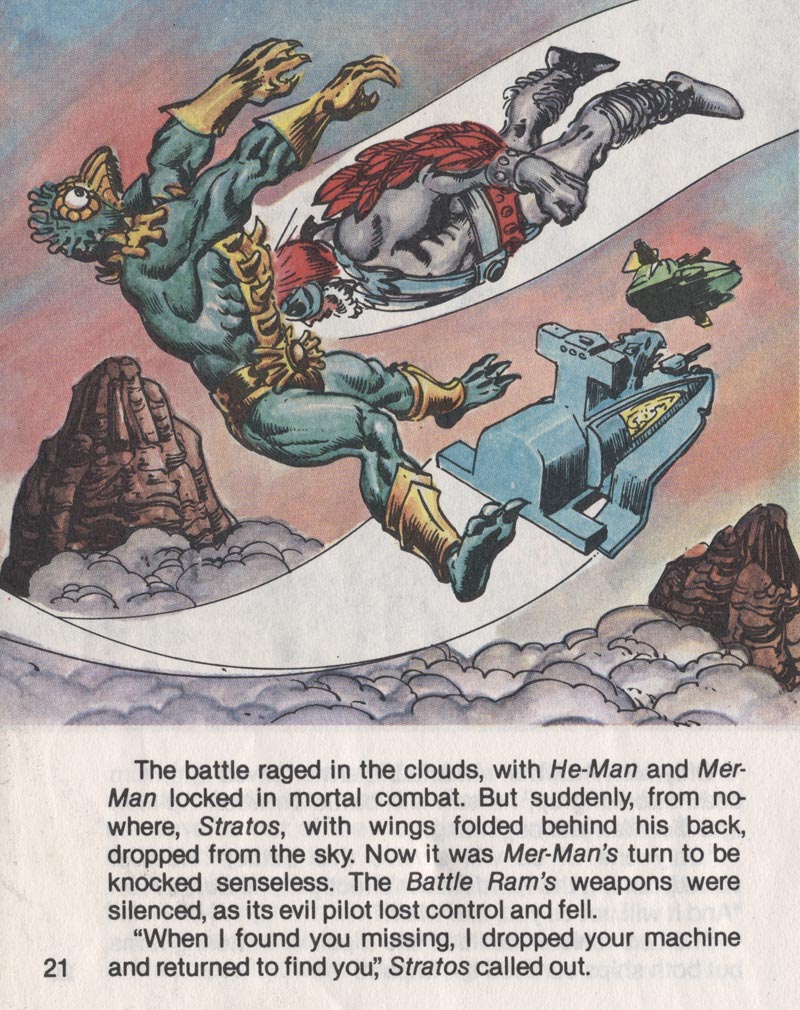