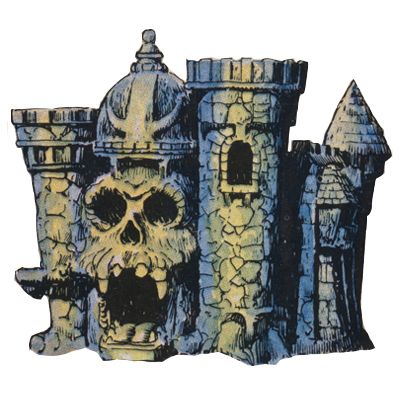 Despite being an entertaining story, the central part of King of Castle Grayskull is very similar to the equivalent part of He-Man and the Power Sword. Once again Skeletor has found his way into the fortress (this time by using the two halves of the magical Power Sword as a key) and a battle with He-Man inside the castle follows. The Spirit of the Castle entrusts Teela with secret knowledge; rather foolishly as it turns out because she assumes Skeletor is the king of the castle because his face looks like the front of the building.

The illustration on page 3 is intriguing, because it has a green shadowy figure sitting on a throne and a red figure standing outside the castle, but we can't see what they actually look like. We also see a Caucasian version of Stratos with blue wings and a red collar, as well as the blue version of Mer-Man who finally made it into toy form in one of the Toys 'R Us Classics two-packs. We also meet Battle Cat for the first time.

The story finishes with an interesting idea, namely that He-Man will one day become King of Castle Grayskull. This idea never really went anywhere, but the Classics line has put an interesting twist in the story by making He-Man King of Eternia in the future. We also see a reference to the heroic warriors as the Masters of the Universe, which has also resurfaced as a concept in the Classics line (fans have generally considered the term to refer to all of the characters - good and evil - rather than just the good ones).

King of Castle Grayskull's cover is probably the best-illustrated one of the set. It shows Battle Cat with his helmet removed, which adds to the drama. Stratos's presence in the story is, sadly, completely inconsequential, but the illustration in which he features (page 4) is dramatic. Alcala's artwork arguably improves a fairly poor story. 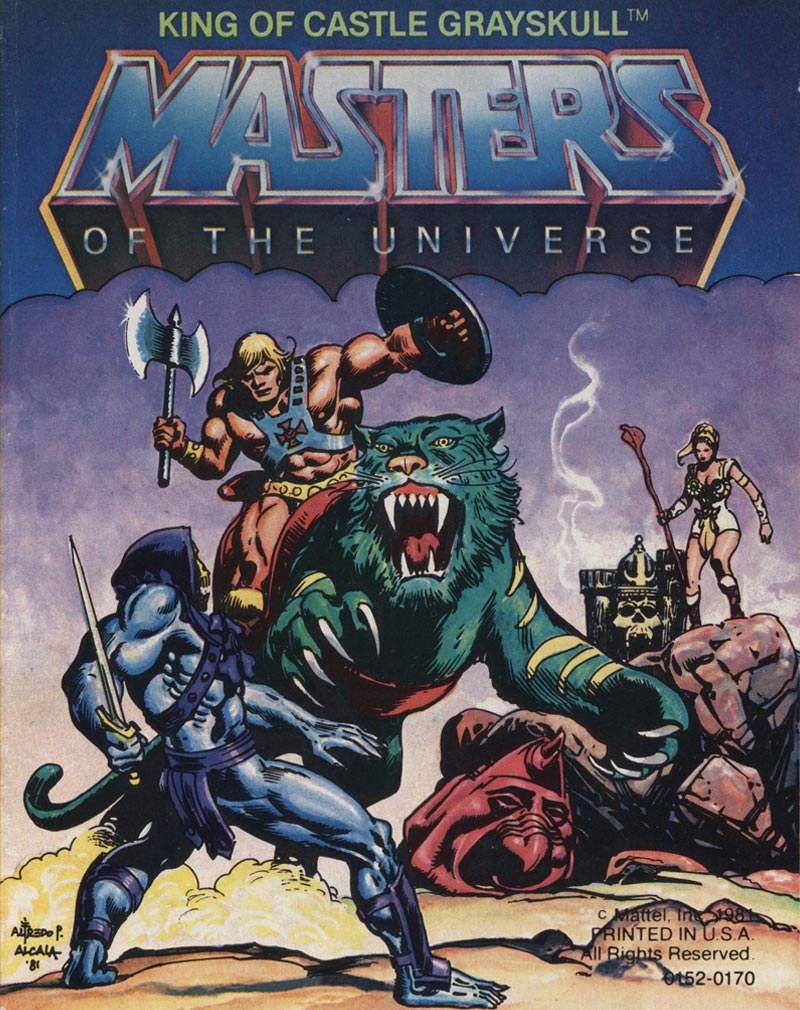 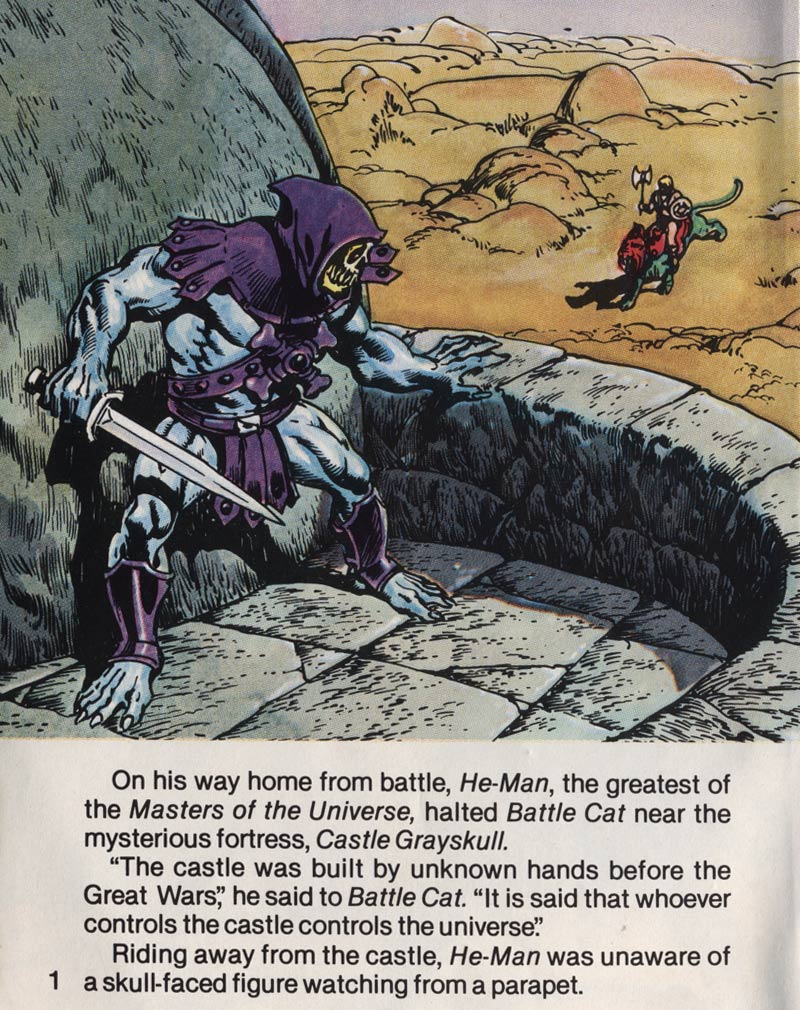 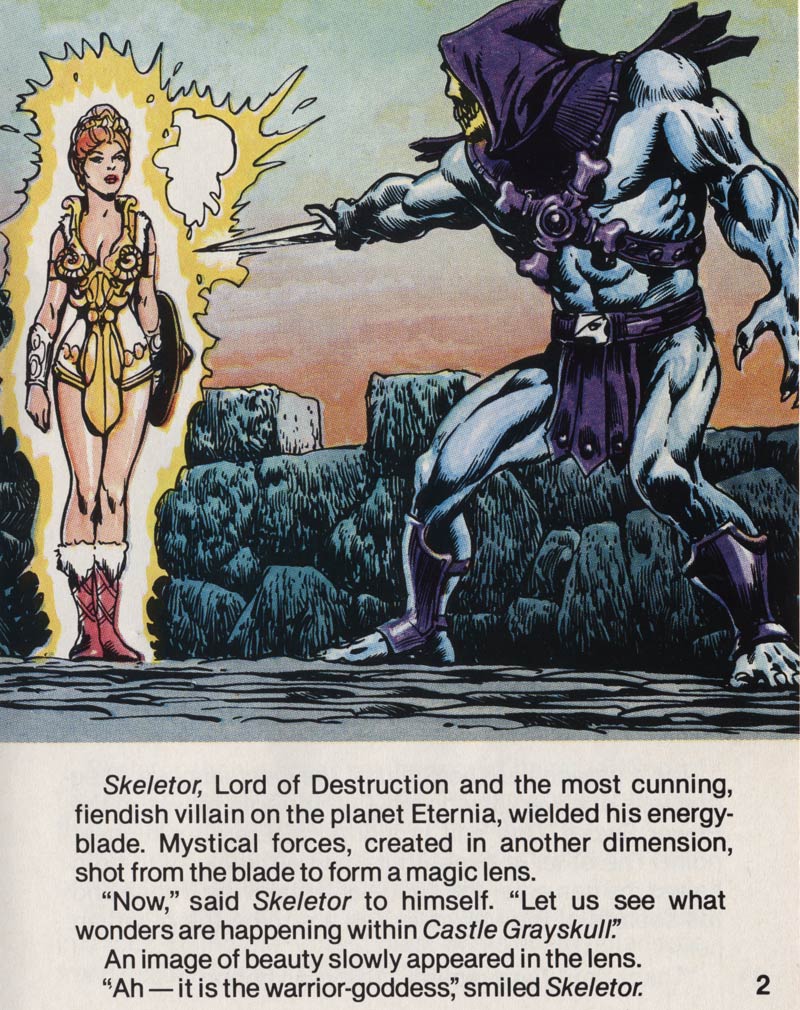 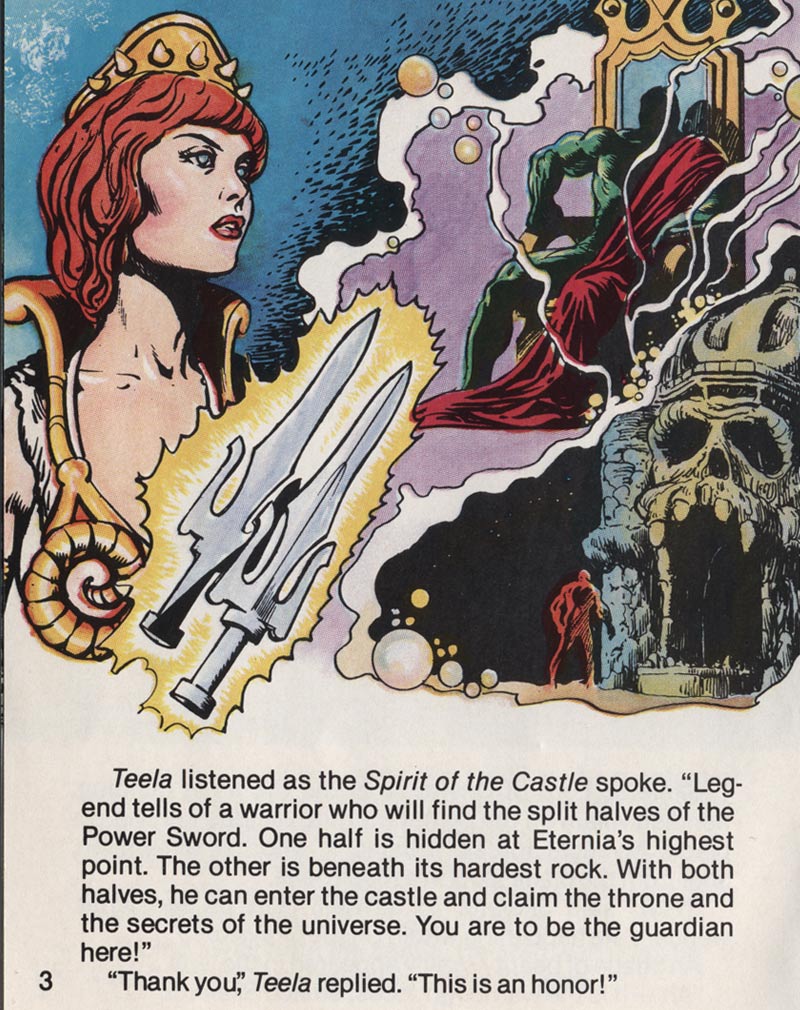 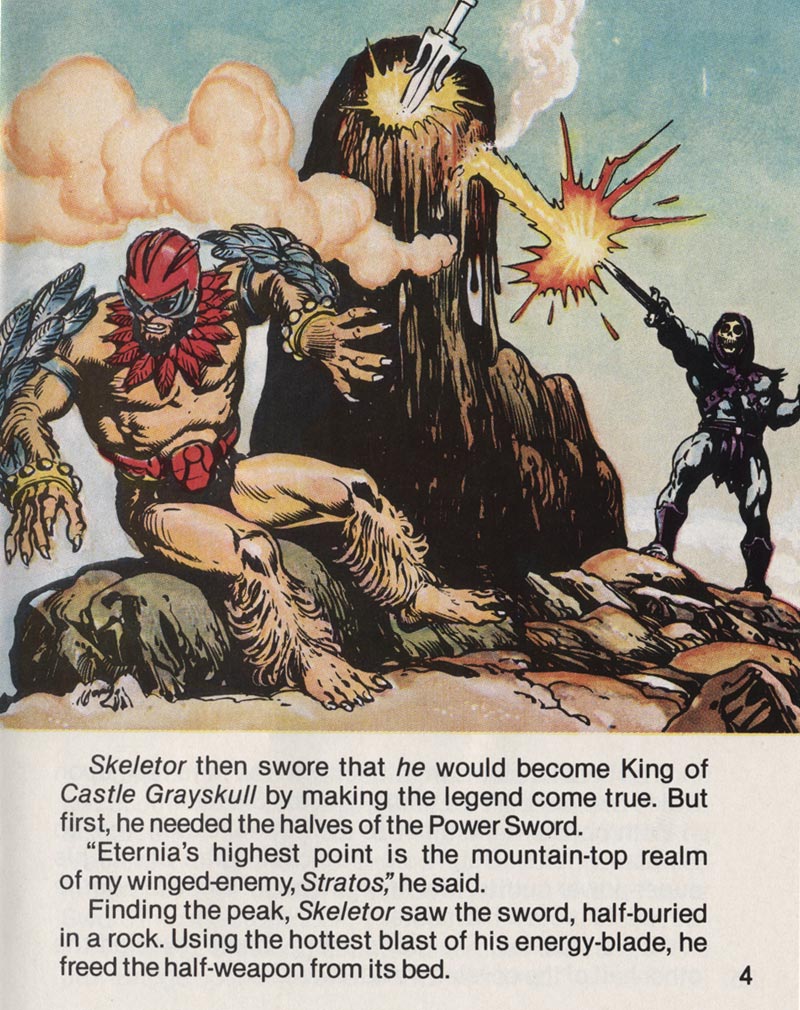 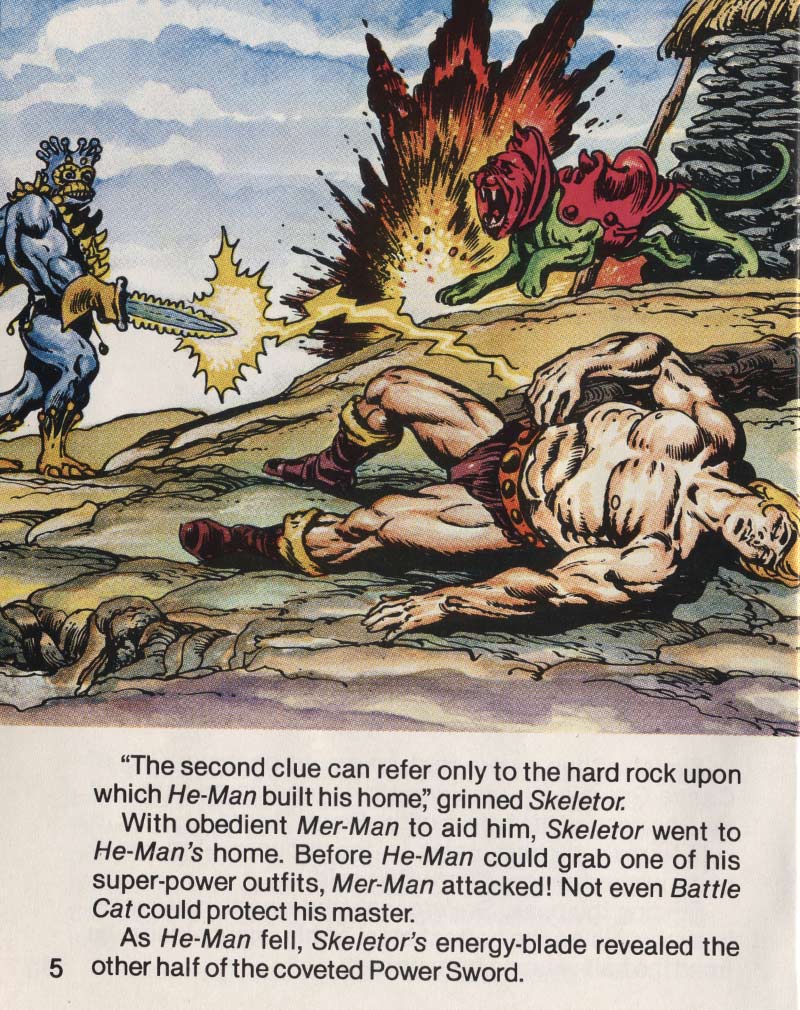 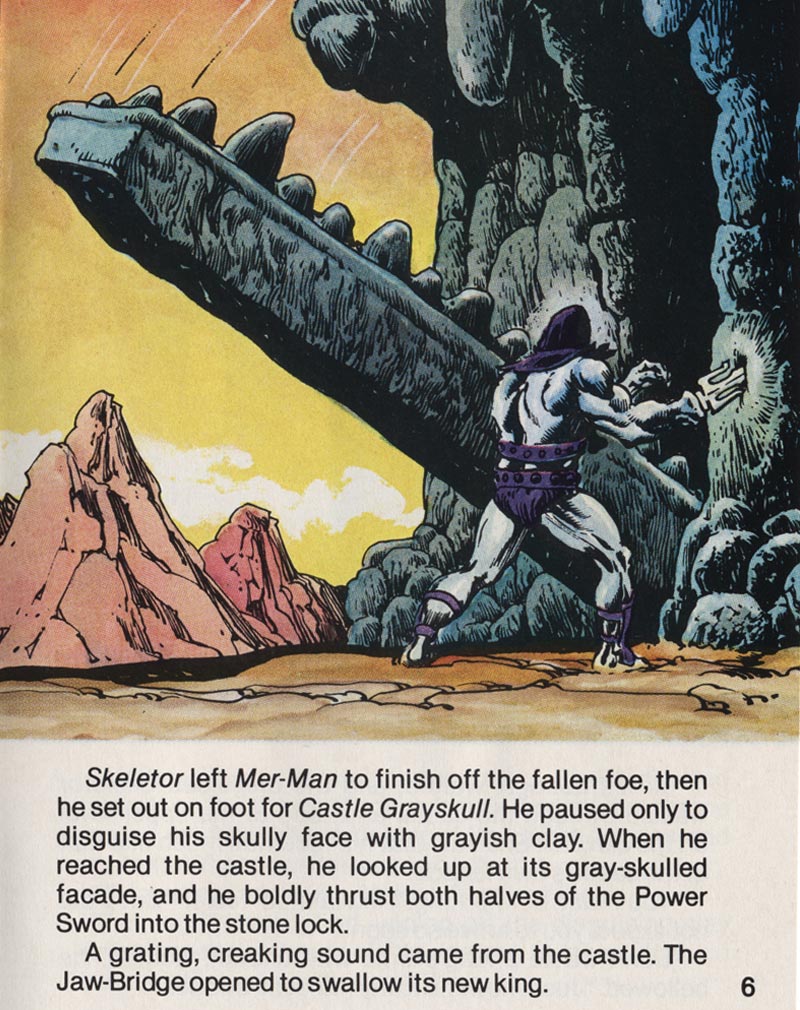 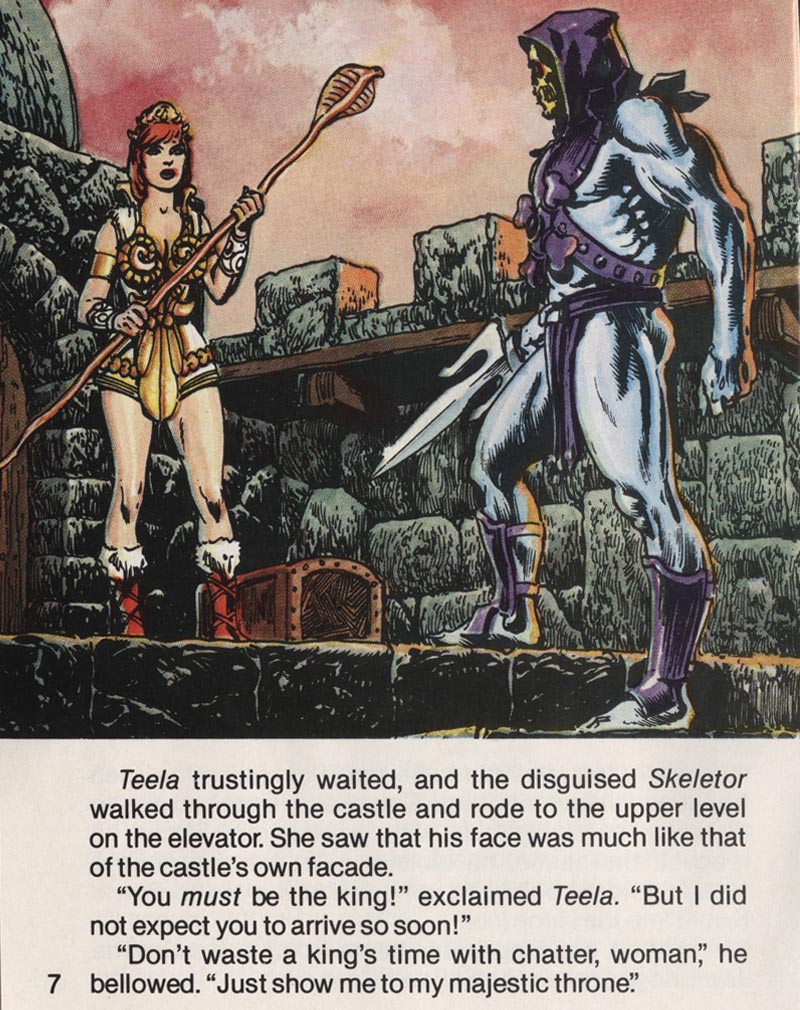 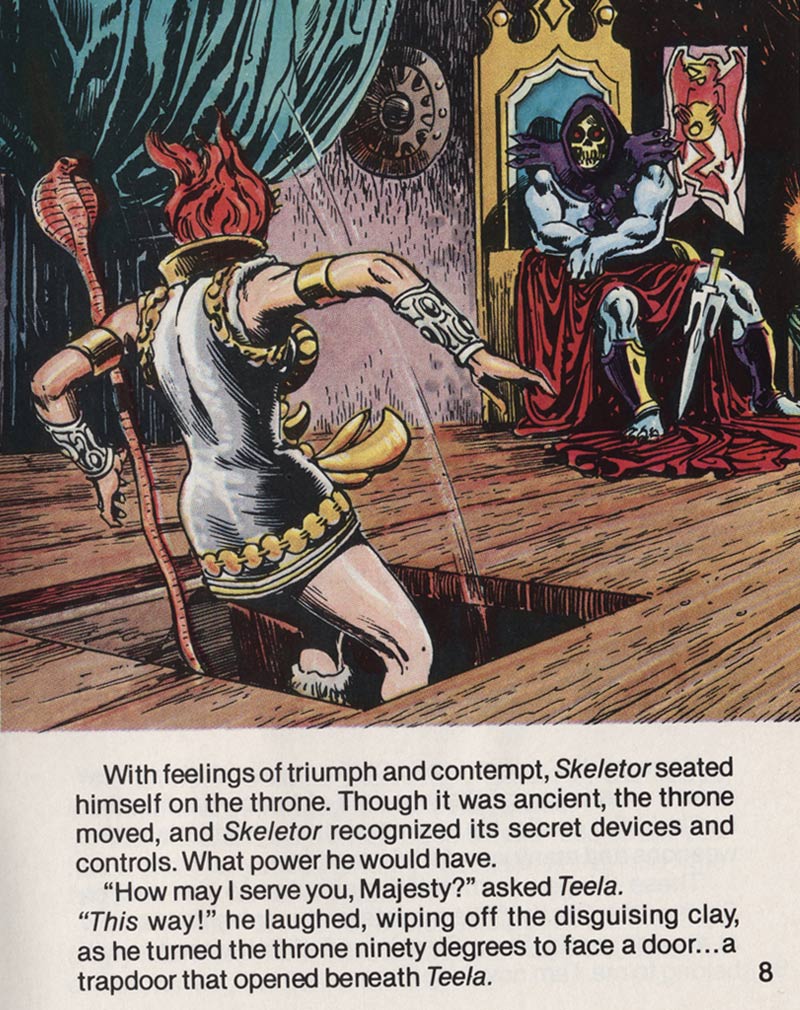 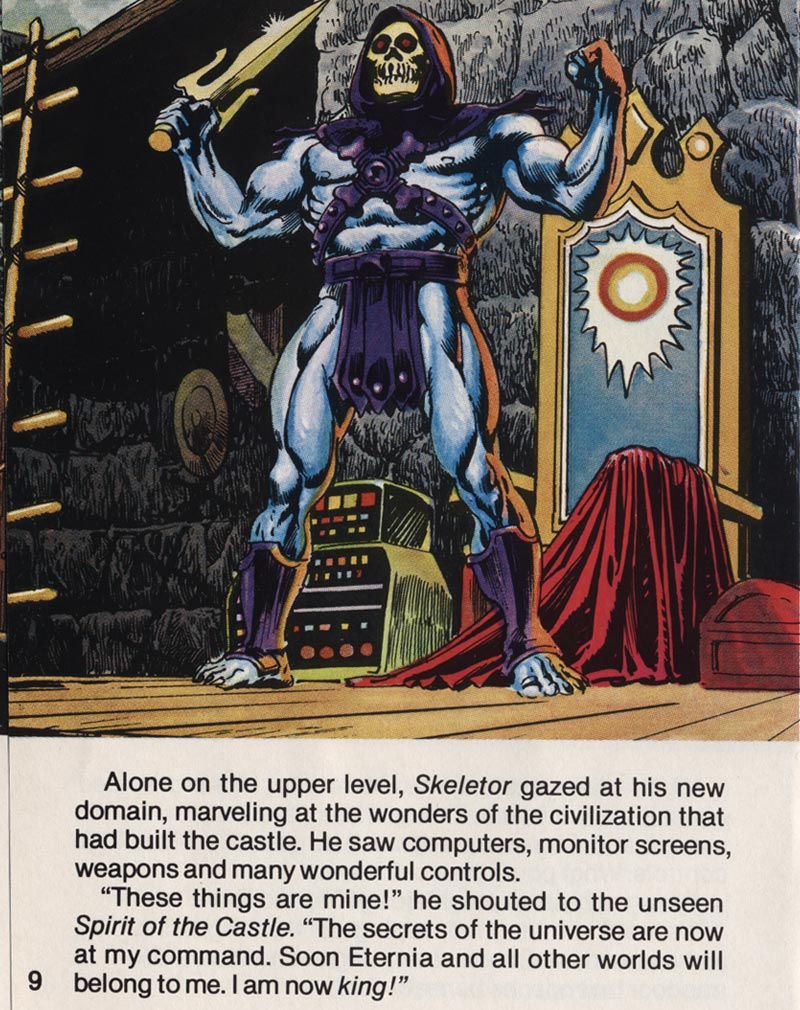 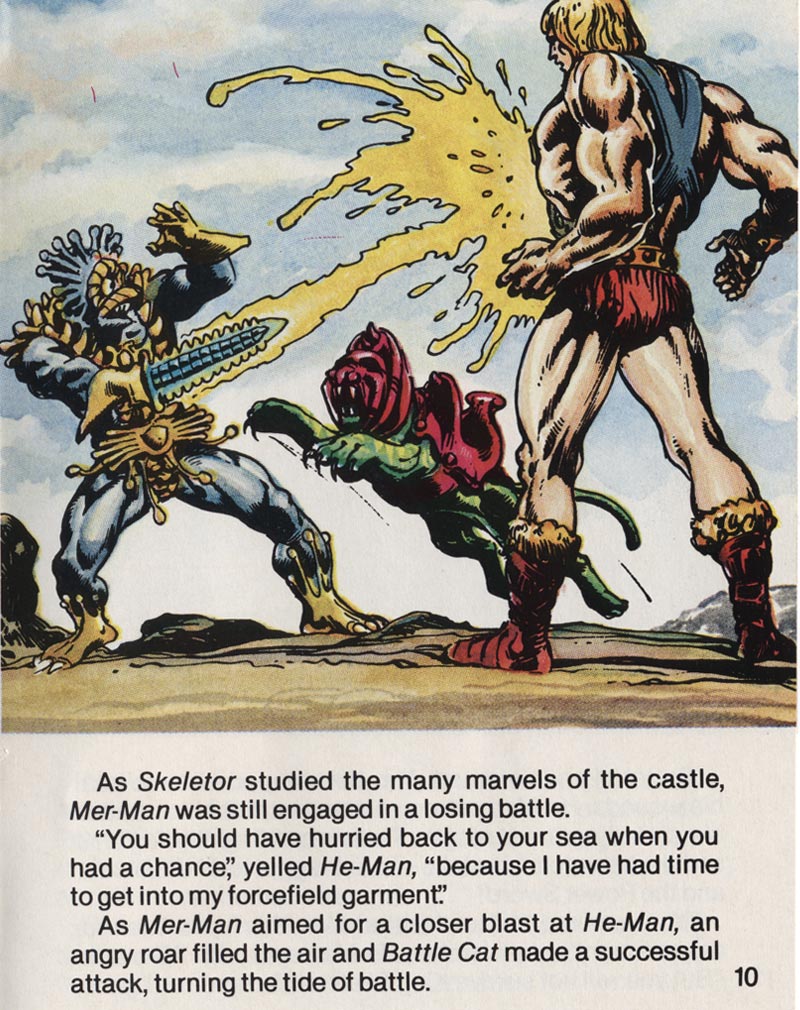 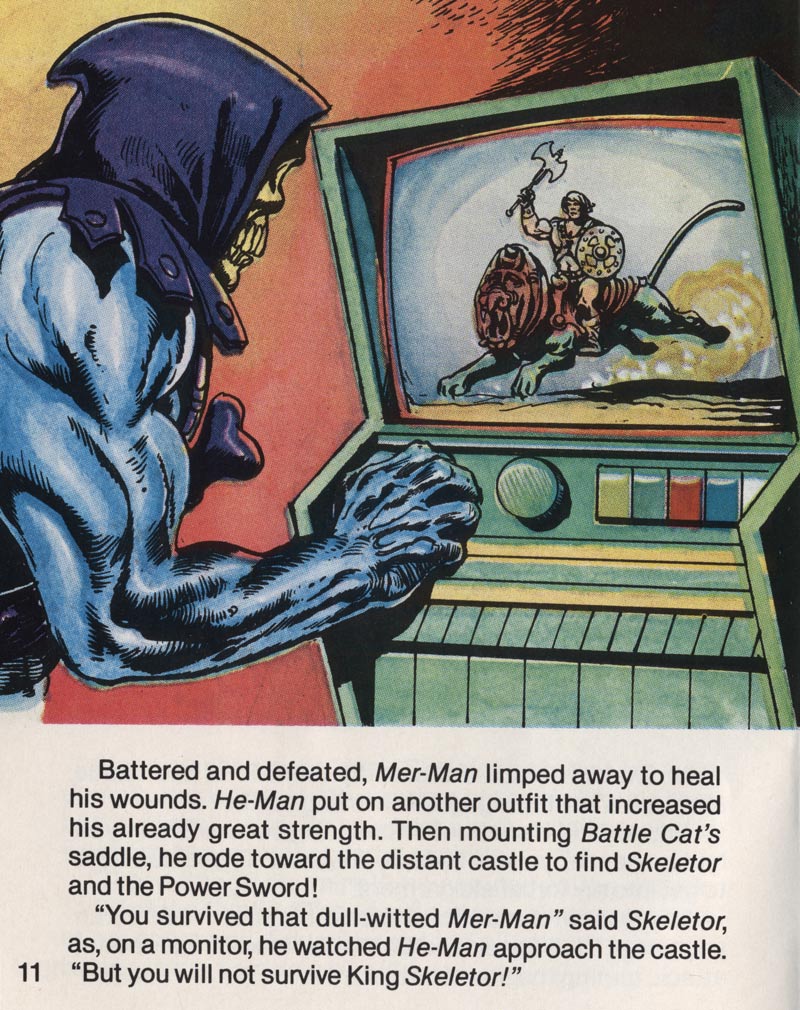 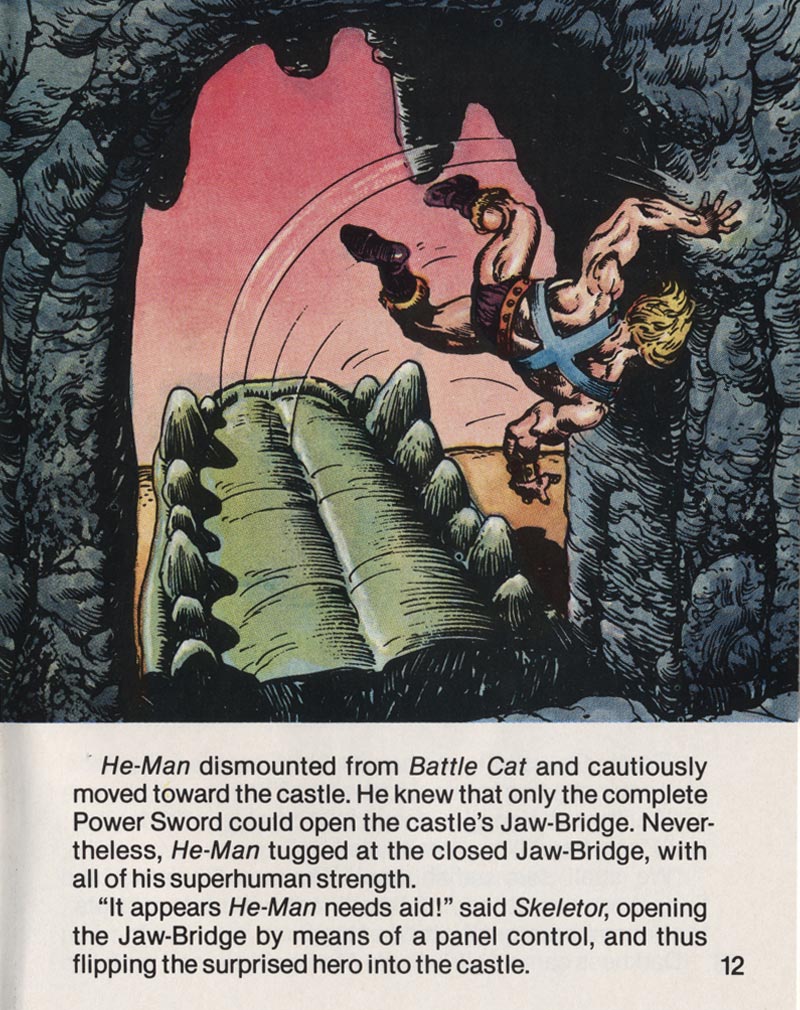 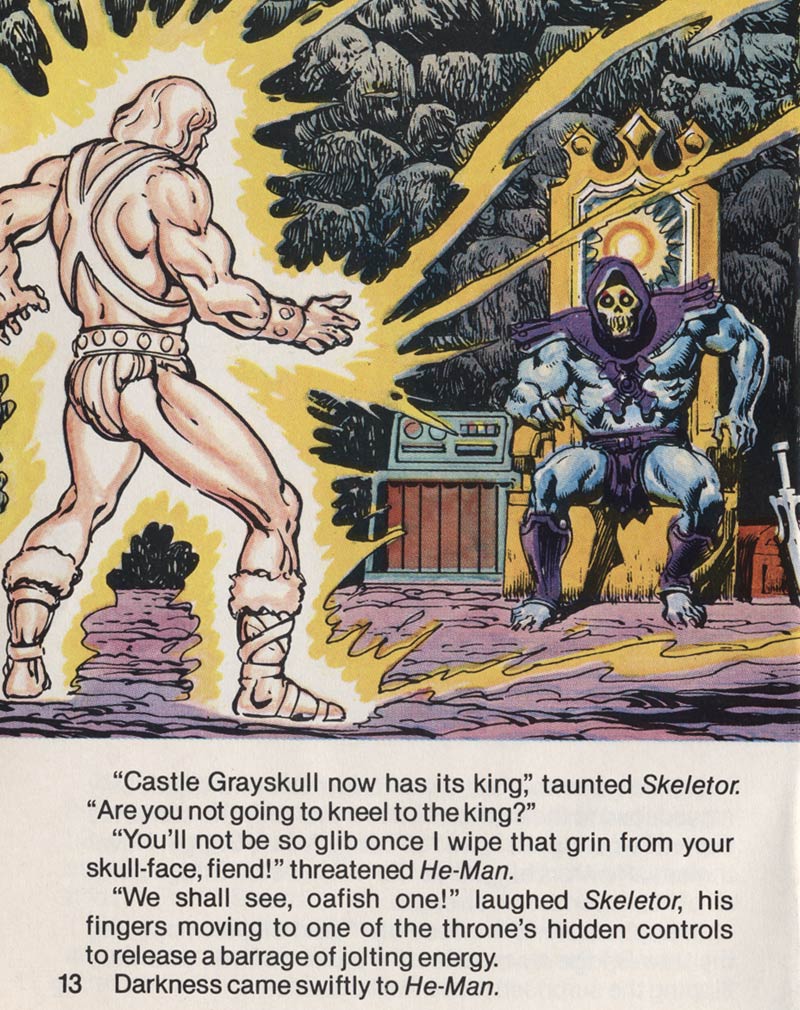 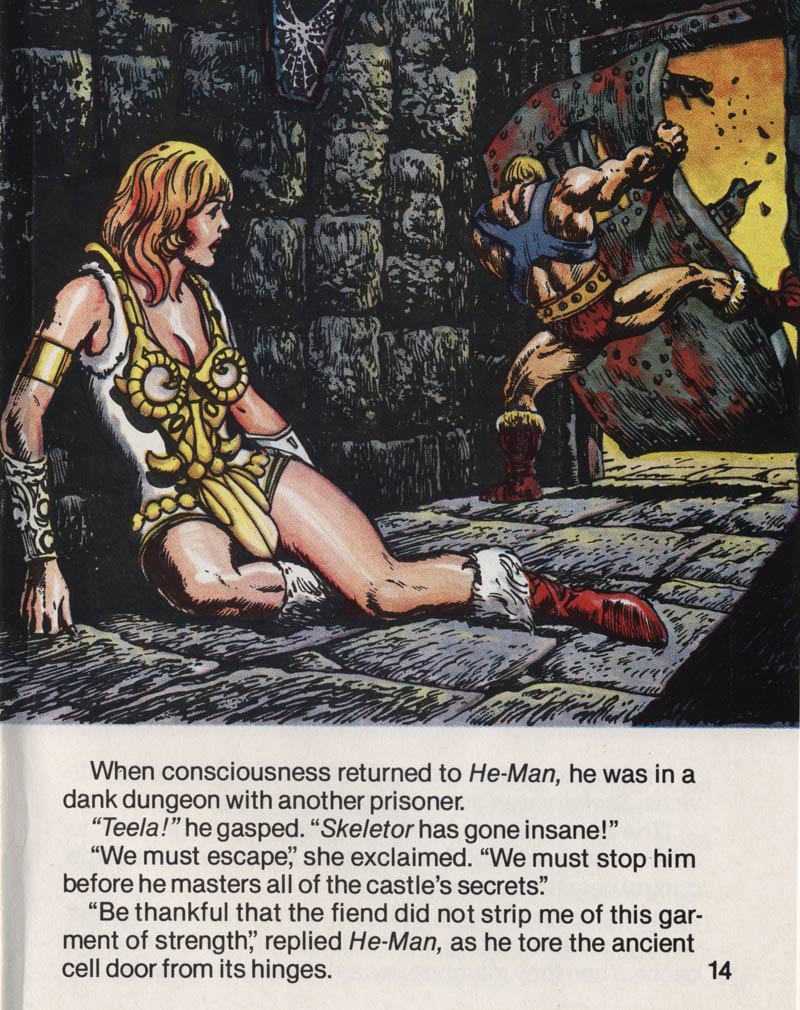 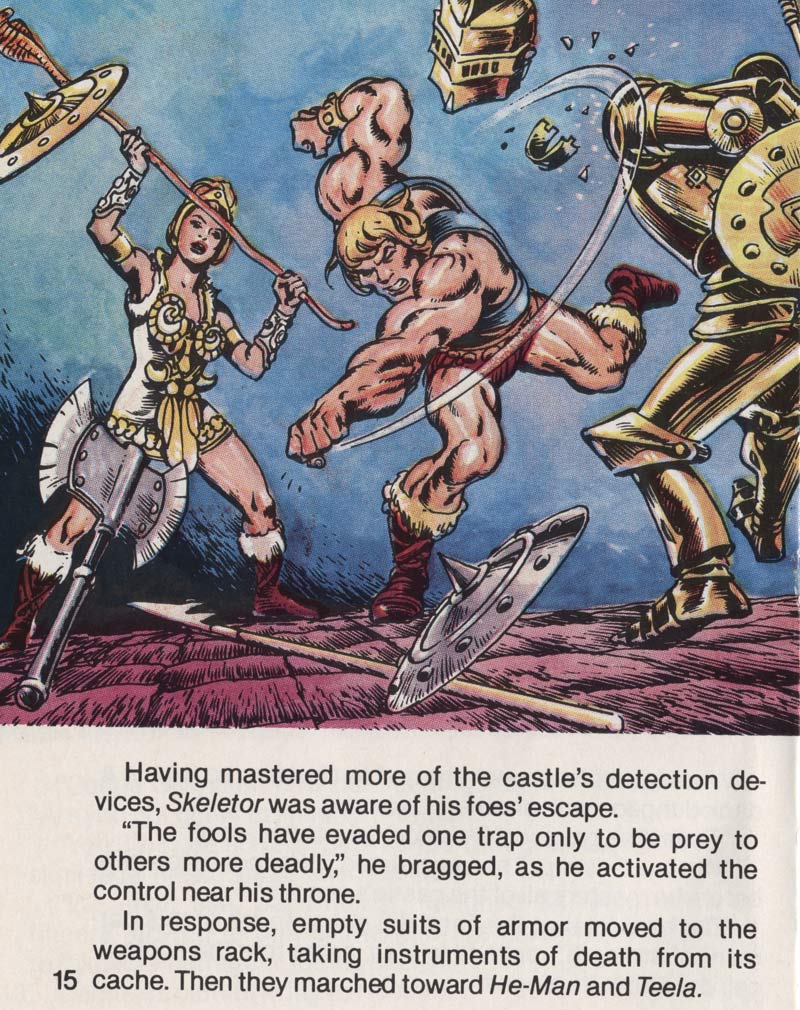 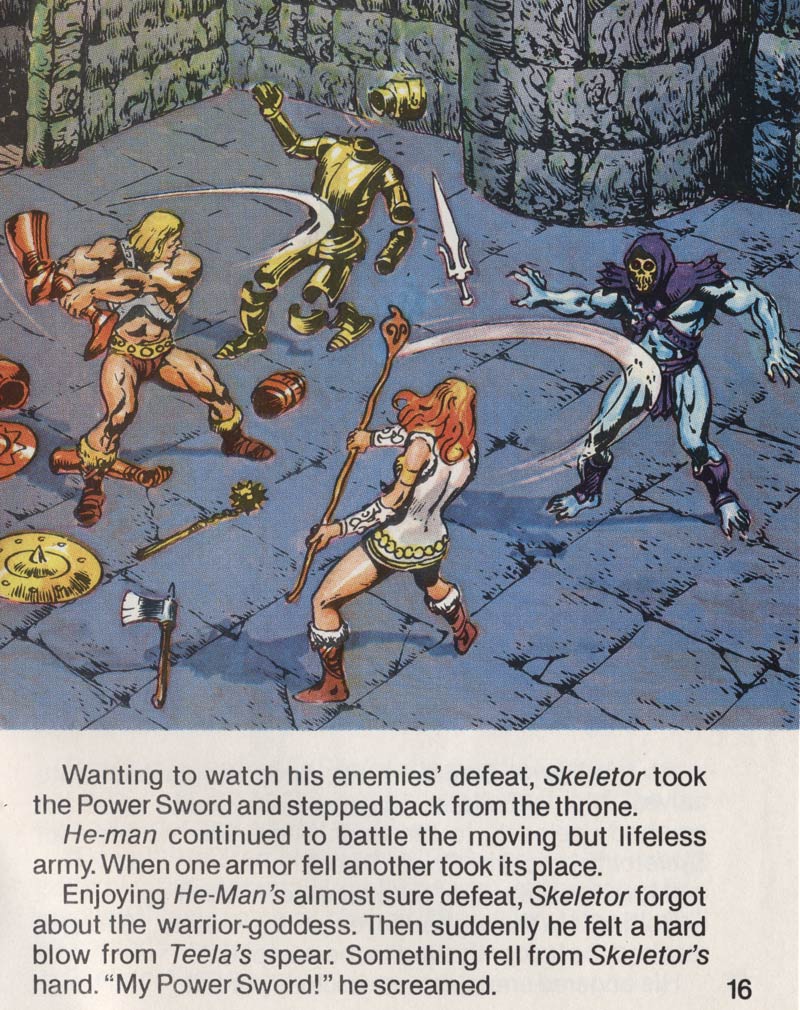 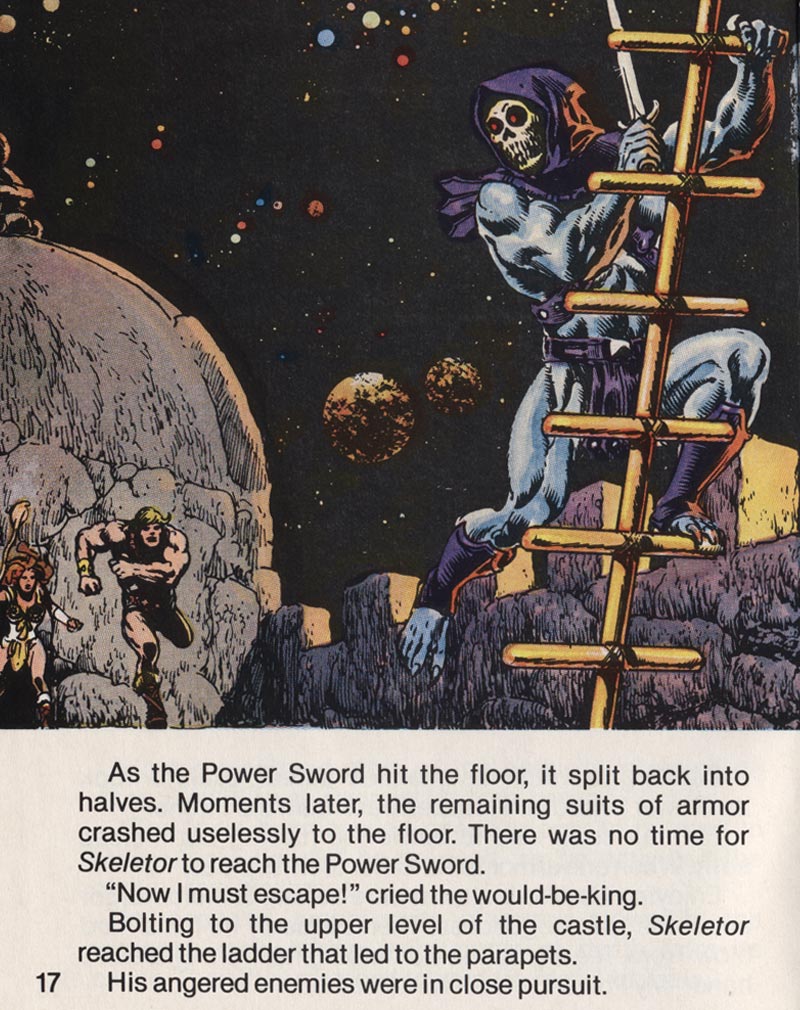 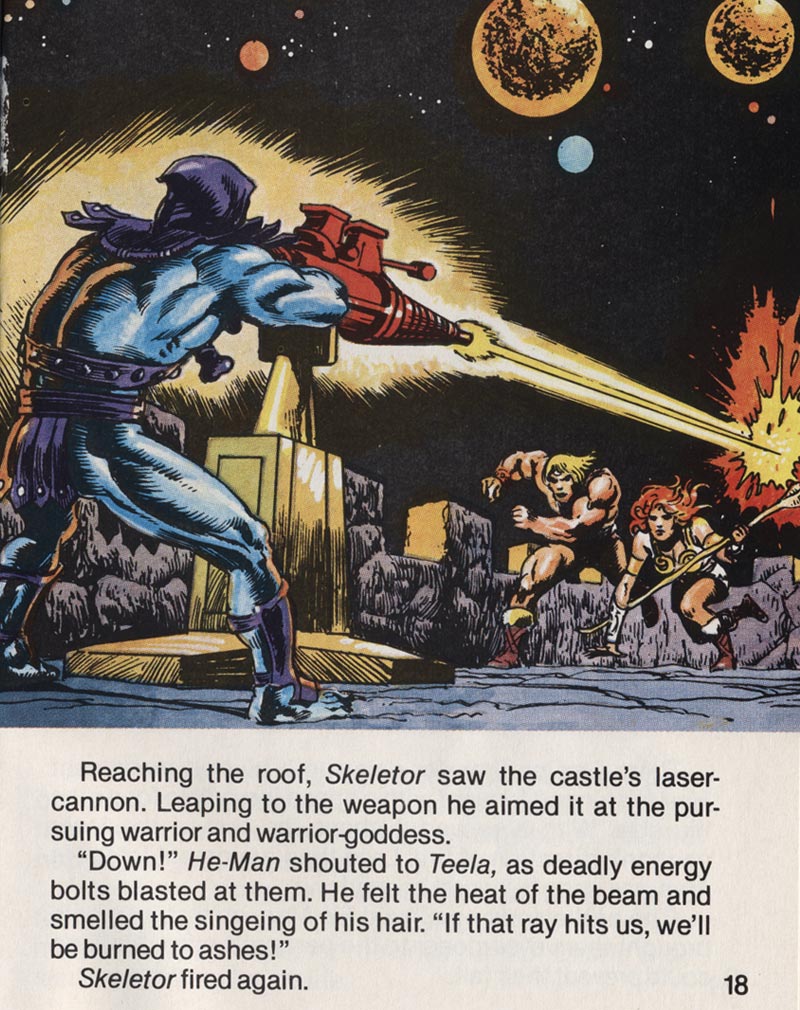 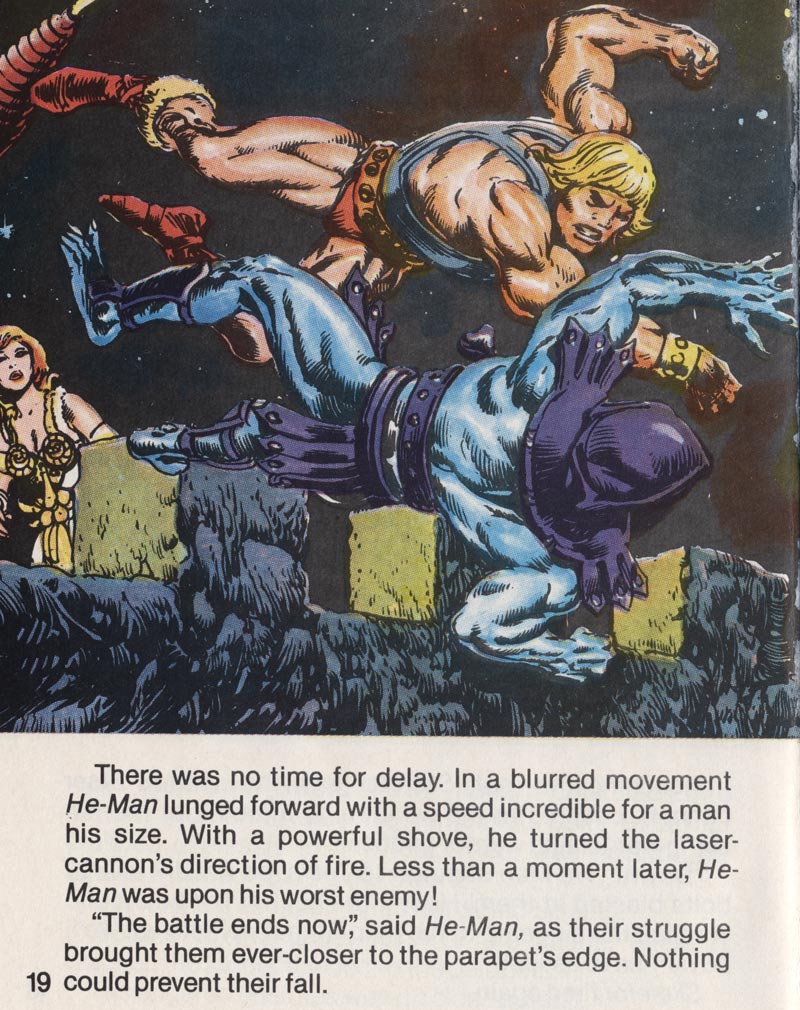 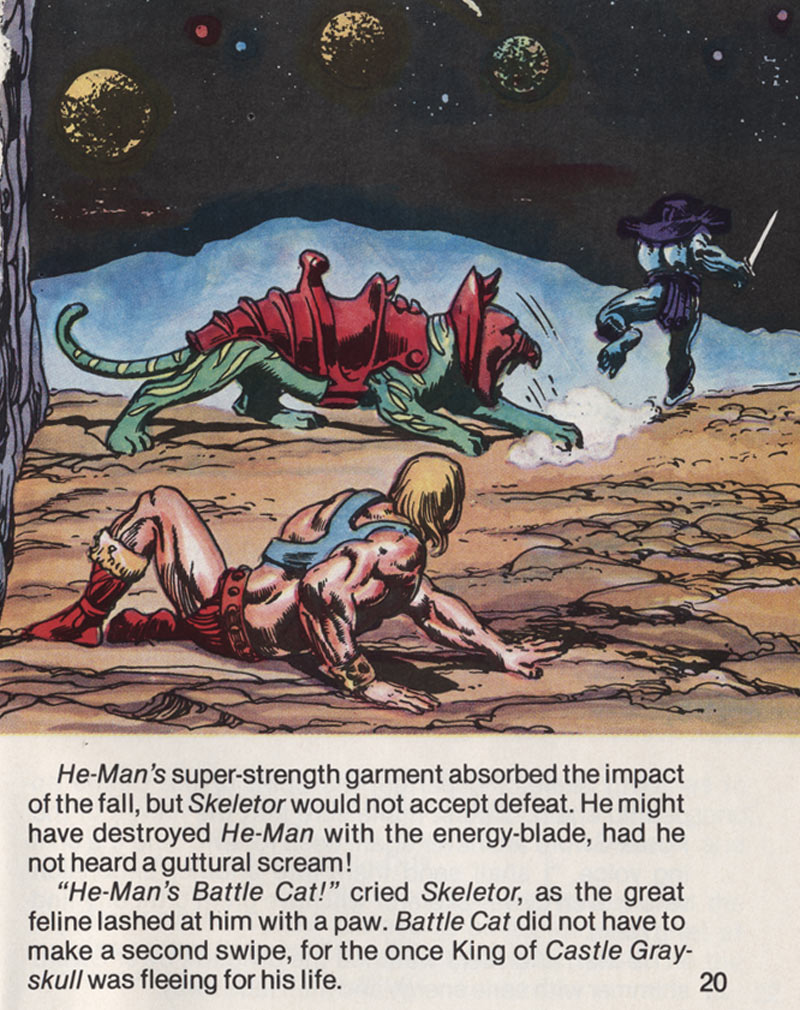 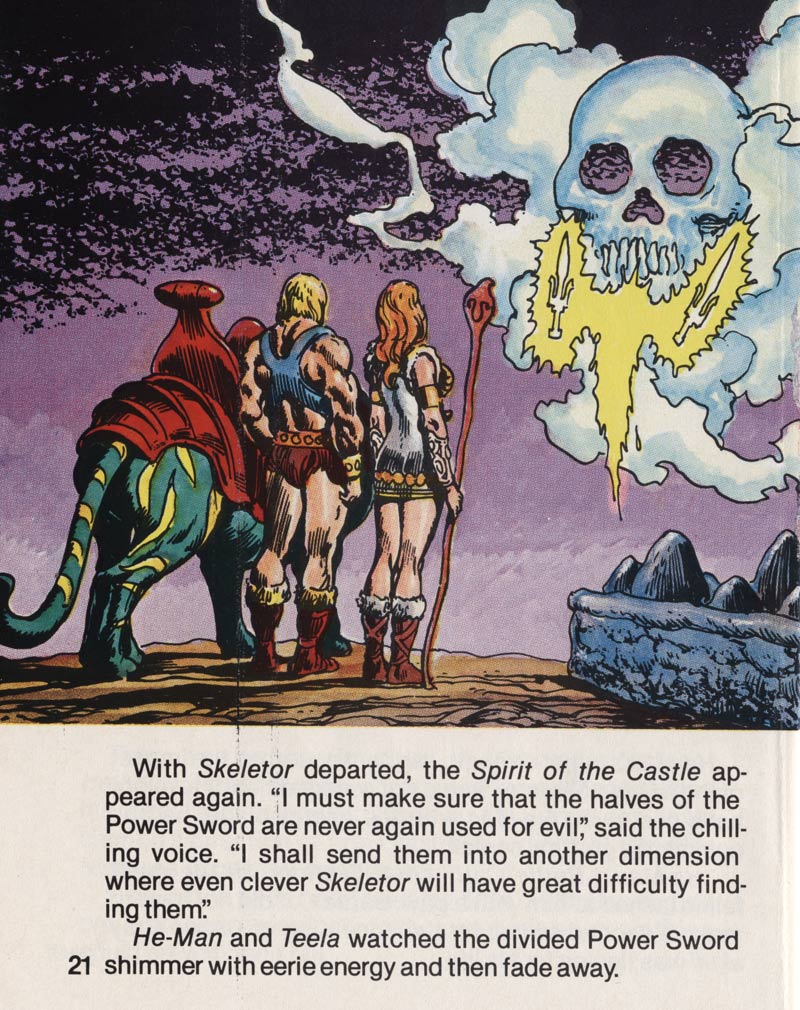 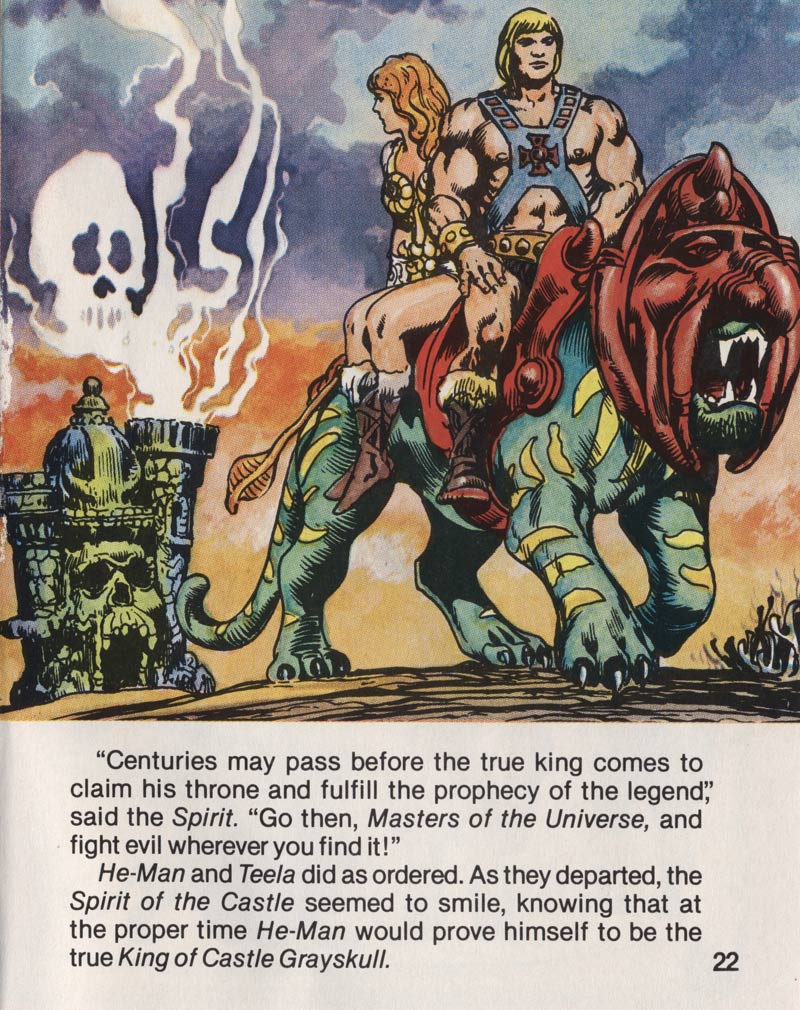