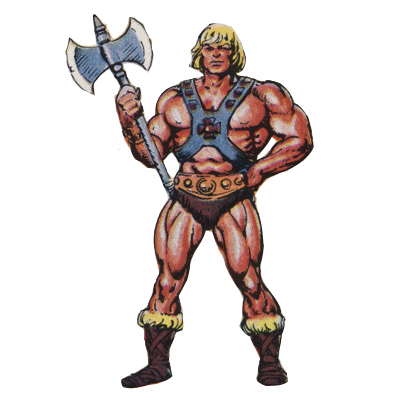 HE-MAN AND THE POWER SWORD

This is where the minicomic themes began. He-Man and the Power Sword goes back to almost the earliest days of the MOTU. Although the toyline launch year was 1982, this comic was copyrighted in 1981. That was the same year that Mark Taylor produced the concept sketches which developed into the earliest MOTU figures. The artwork in this minicomic (and the other three in the series) was not, however, supplied by Taylor. Alfredo Alcala was the man responsible for illustrating the first four minicomics. He would return after the iconic second series to provide more MOTU artwork, but by then the style had changed and his pictures were less powerful and more cartoon-like.

The artwork in He-Man and the Power Sword captures the wildness of Eternia that appeals to many fans. We find ourselves in a sparsely-populated world, where the hero is a jungle-bred tribesman and a few remnants of technology from a bygone era can be used for good or evil by those who can work out how to use them. Magic is wielded dangerously, and the villain is a demonic megalomaniac. This is the original Eternia; not the soft and comical interpretation that was introduced with the Filmation cartoon just a short time later. In fact it is only with the introduction of the Classics that we are seeing a return (albeit an incomplete one) to the violent and frightening world which we first saw in He-Man and the Power Sword.

This story was written by Donald Glut who, after the four minicomics of Series One, didn't make any further contribution to the MOTU. It isn't entirely clear how much Glut contributed to the concept, and Mattel has certainly never acknowledged his work satisfactorily in public. We do know that Glut wasn't really trying to construct a detailed backstory; this was just some commissioned work that he completed. But it is likely that he came up with some of the characters, and possibly even the name Eternia. Albeit unintentionally, Glut created a MOTU canon, which was expanded by Gary Cohn in Series Two and abandoned when the Filmation cartoon began.

There are some small details to look out for in this minicomic. Firstly, the jump from page 23 to page 26 is not an error. The minicomic included pages which were not part of the story but were added into the page count. This is the only time we see a green version of the Sorceress in these stories. In the Classics line she became a new character, the Goddess. The name Teela is written as Tee-La. Beast Man is written as Beastman, and he was obviously drawn and coloured before the toy was finalised. Skeletor gets into Castle Grayskull by simply forcing open the jawbridge. On page 9, Skeletor's shin guards have yellow designs on them, and on page 14 the bat on his chestplate is also coloured yellow. 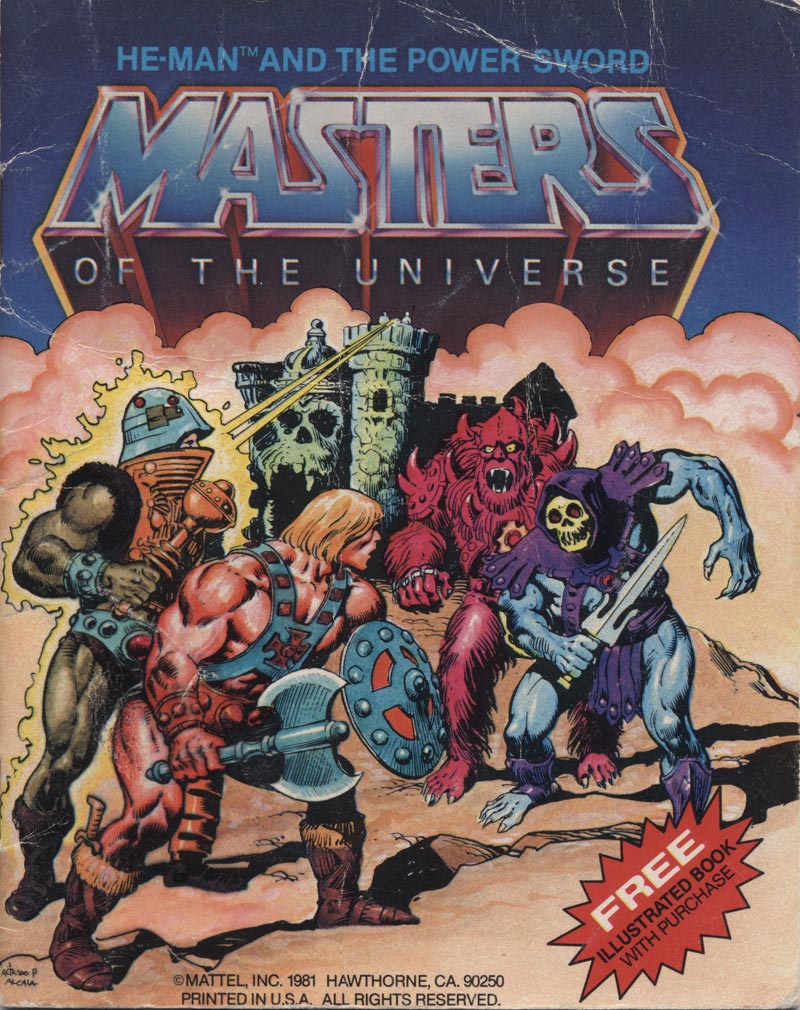 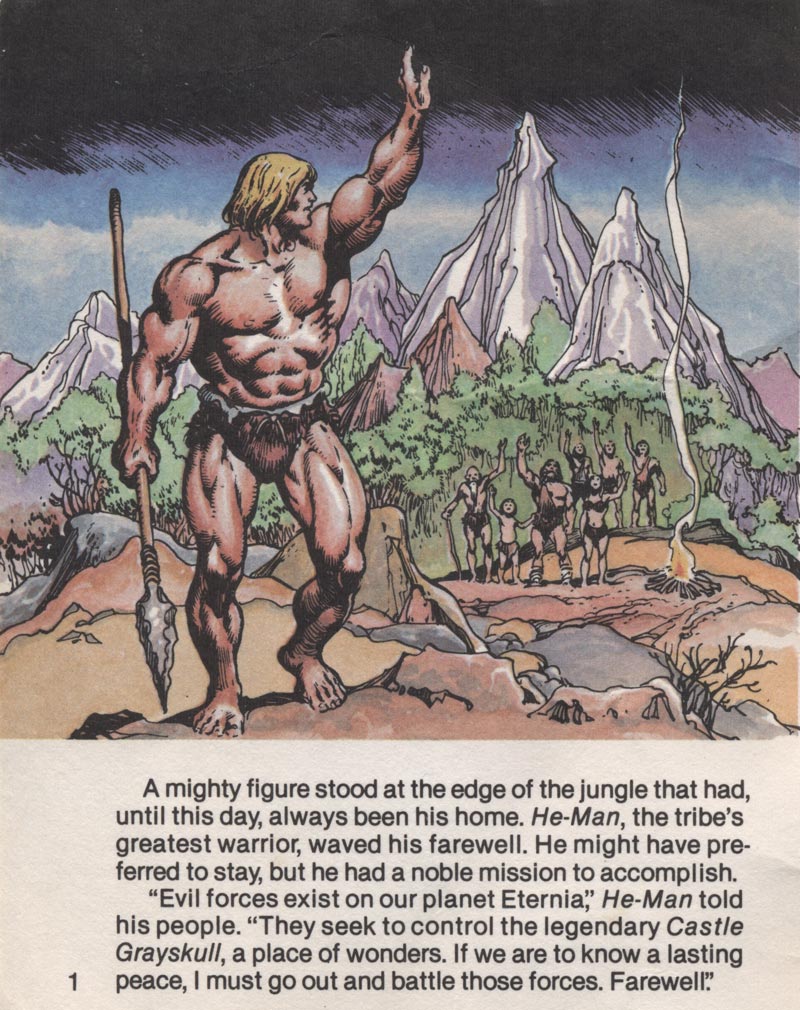 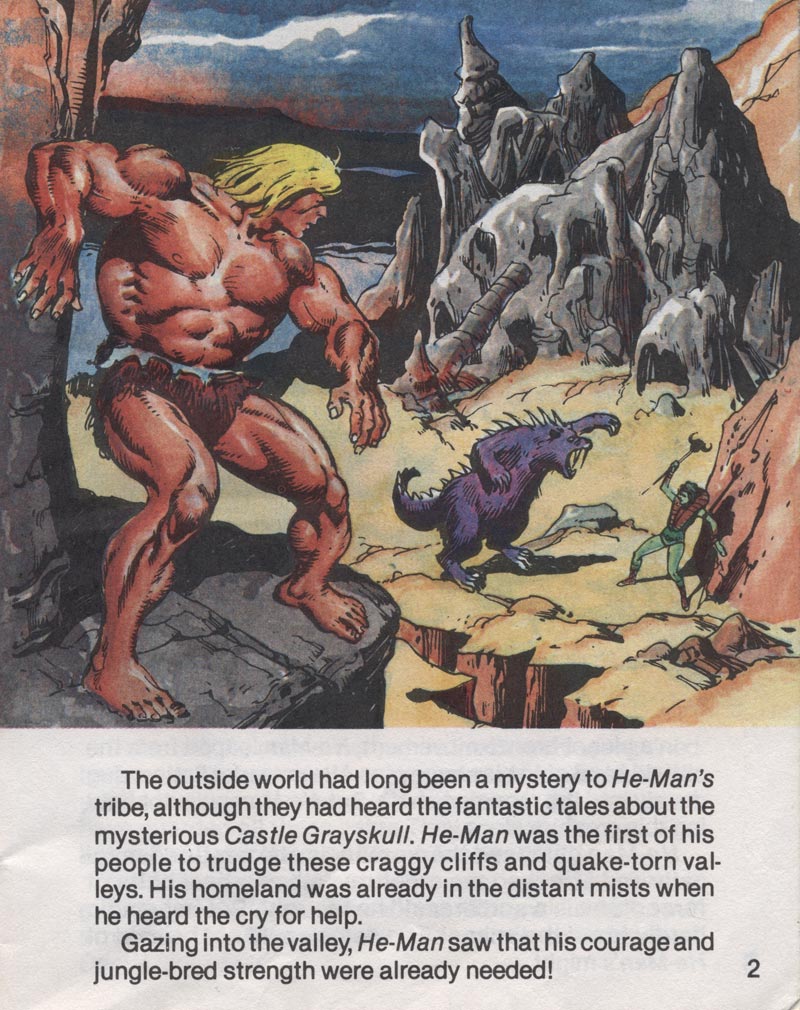 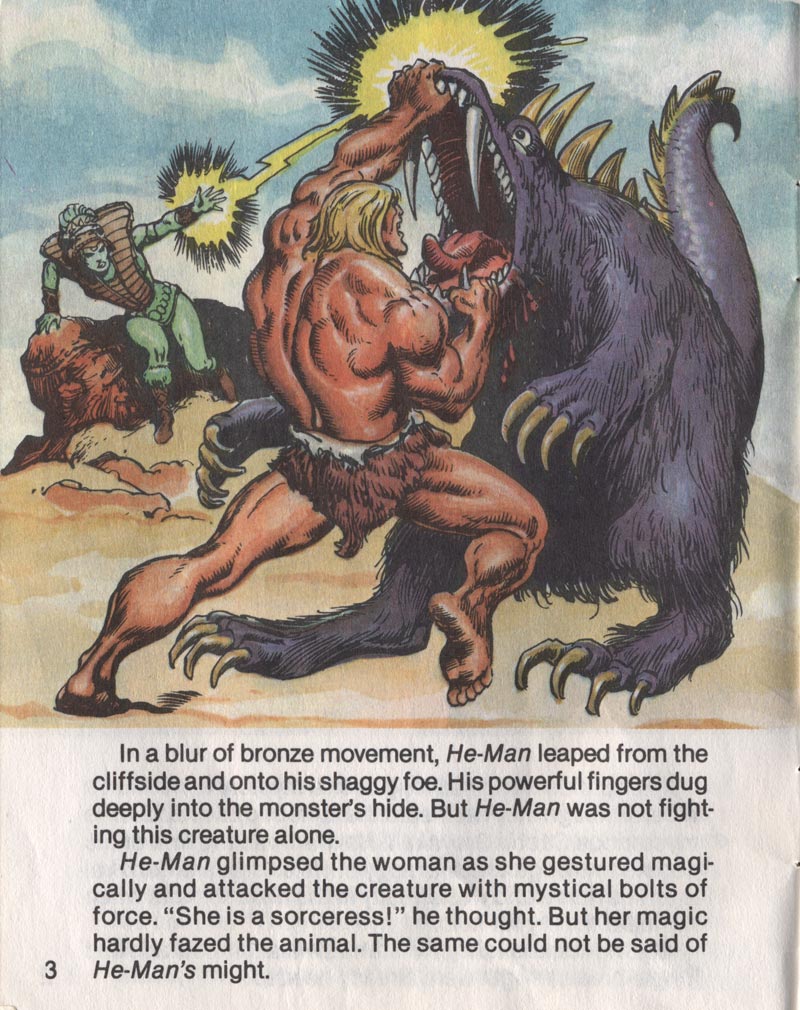 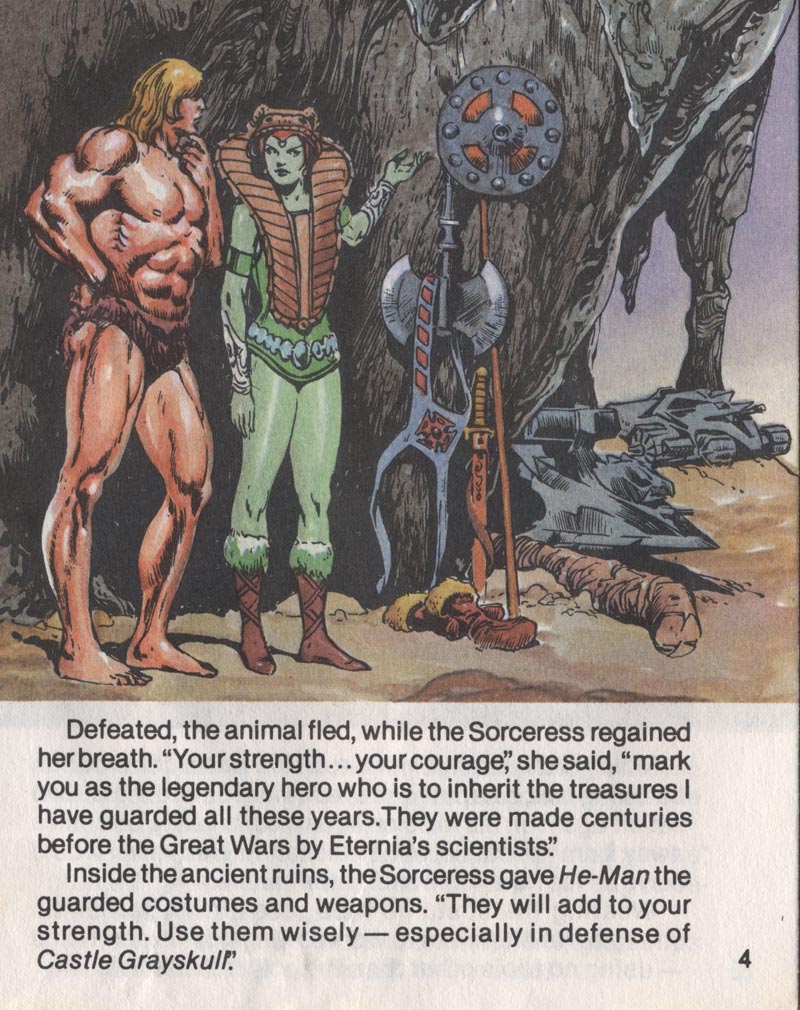 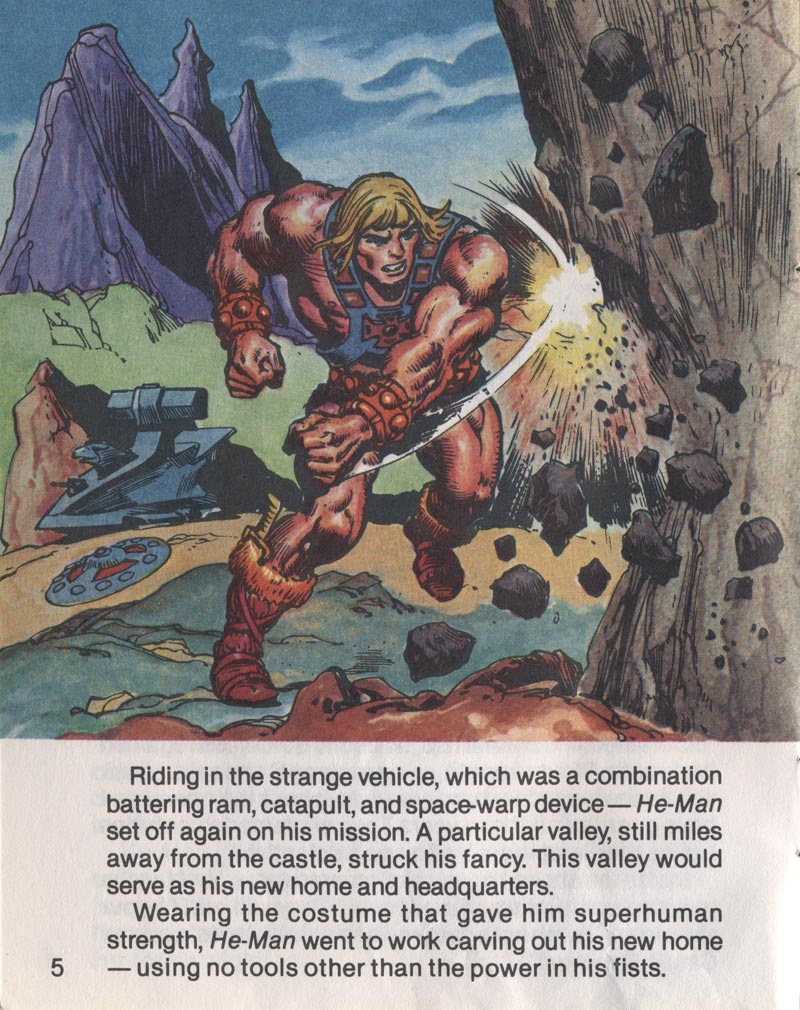 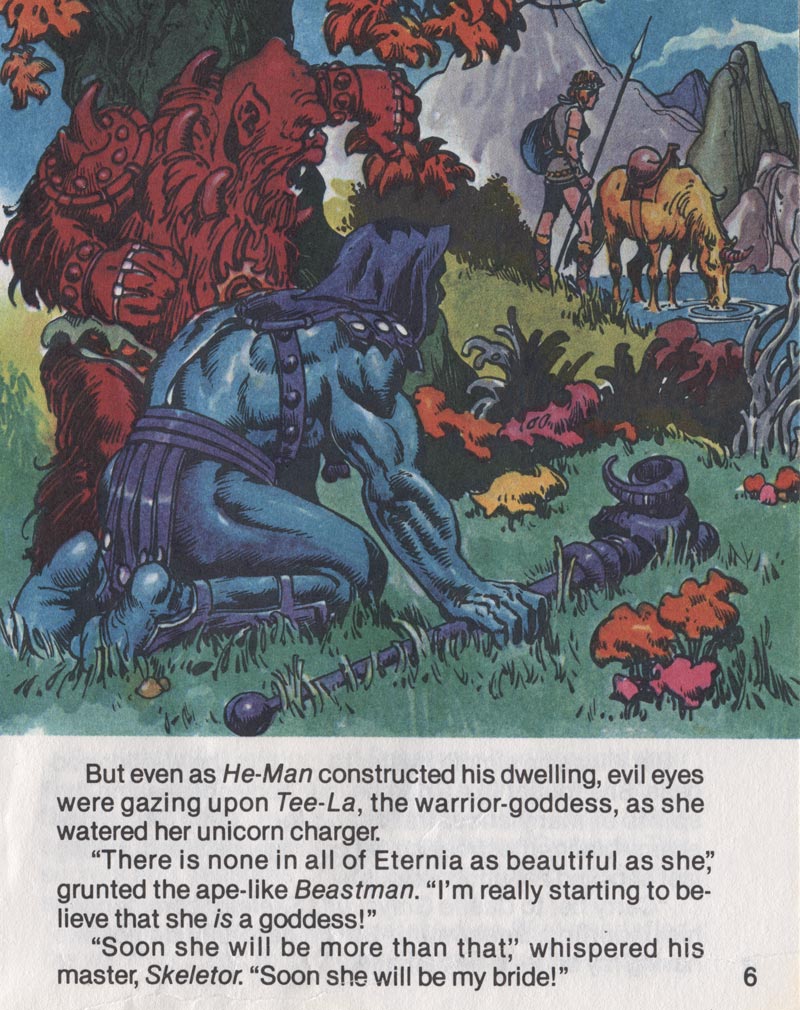 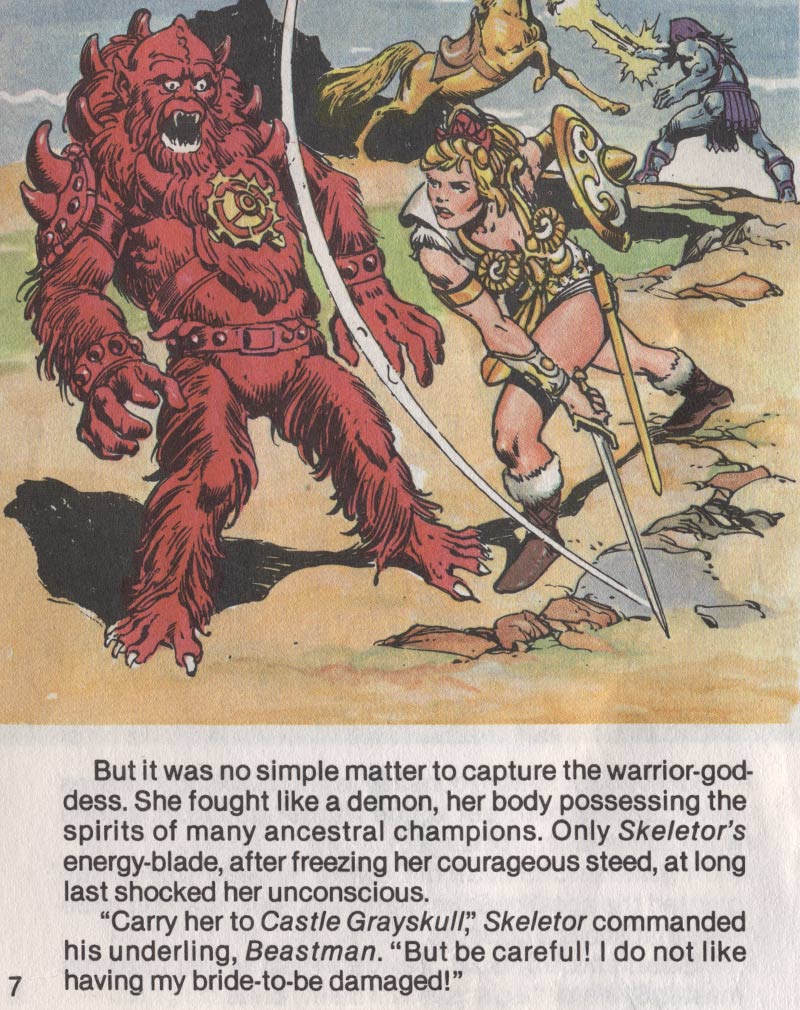 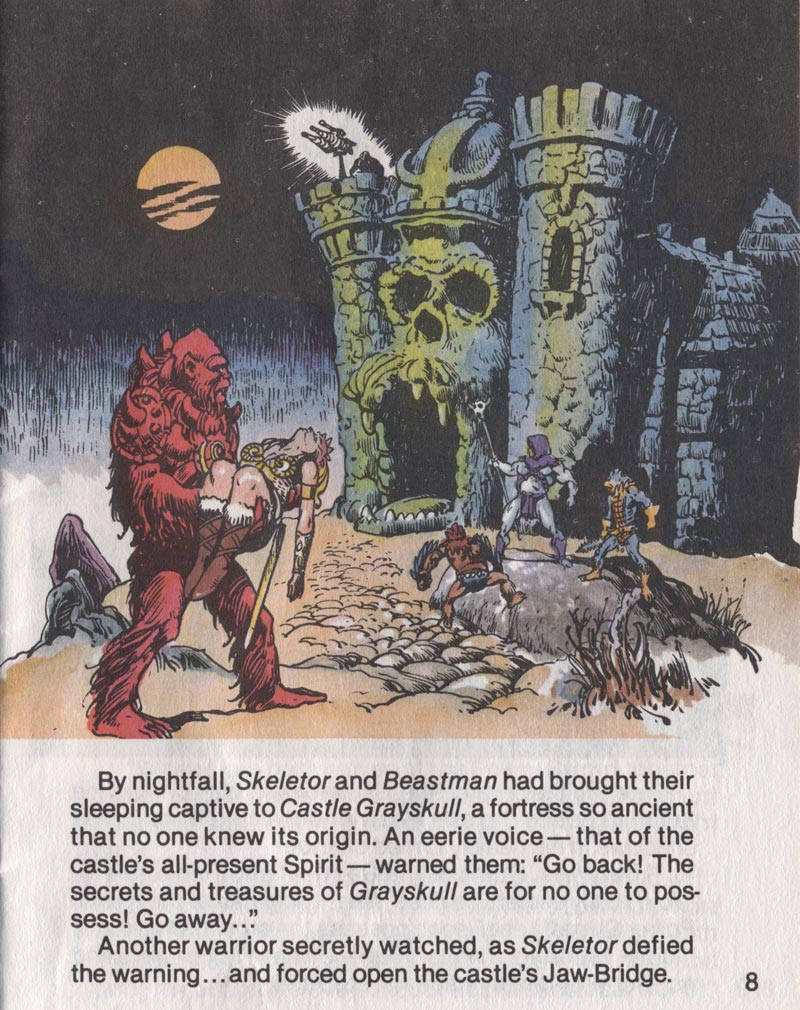 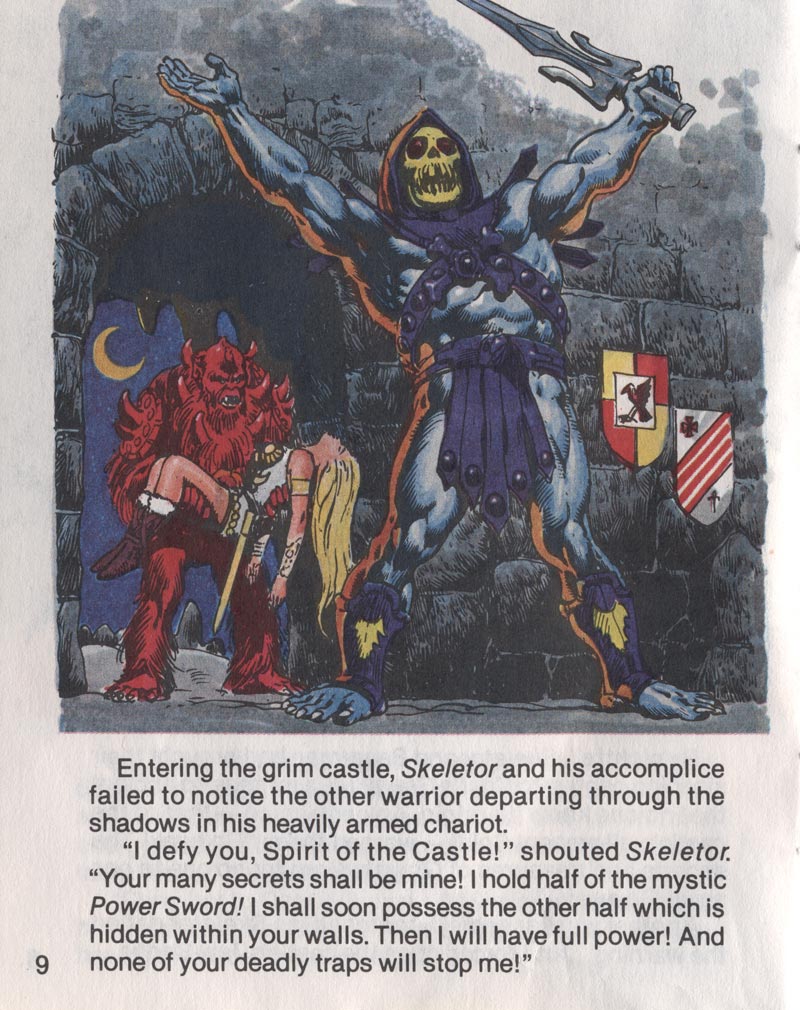 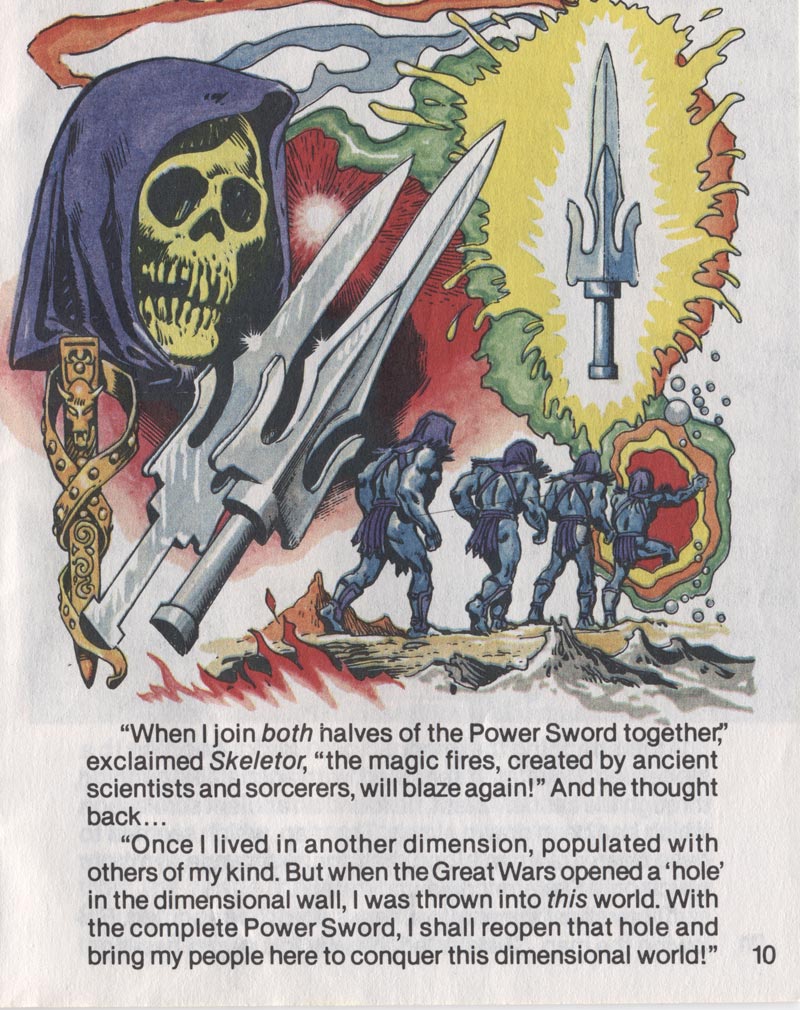 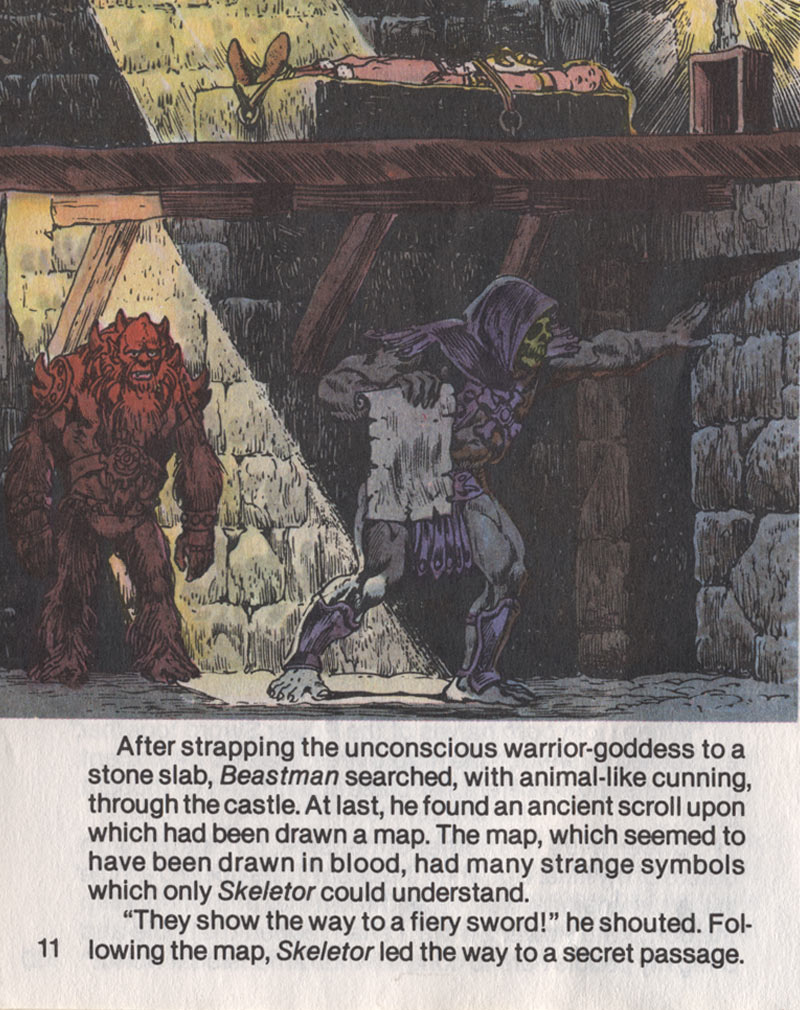 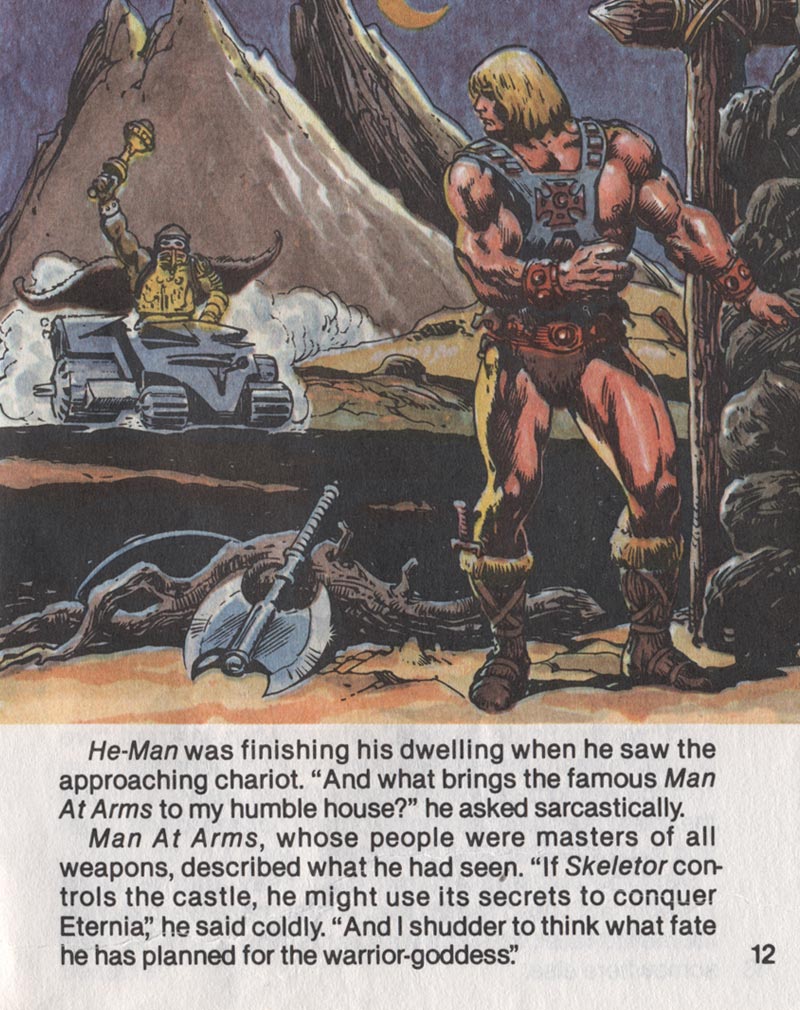 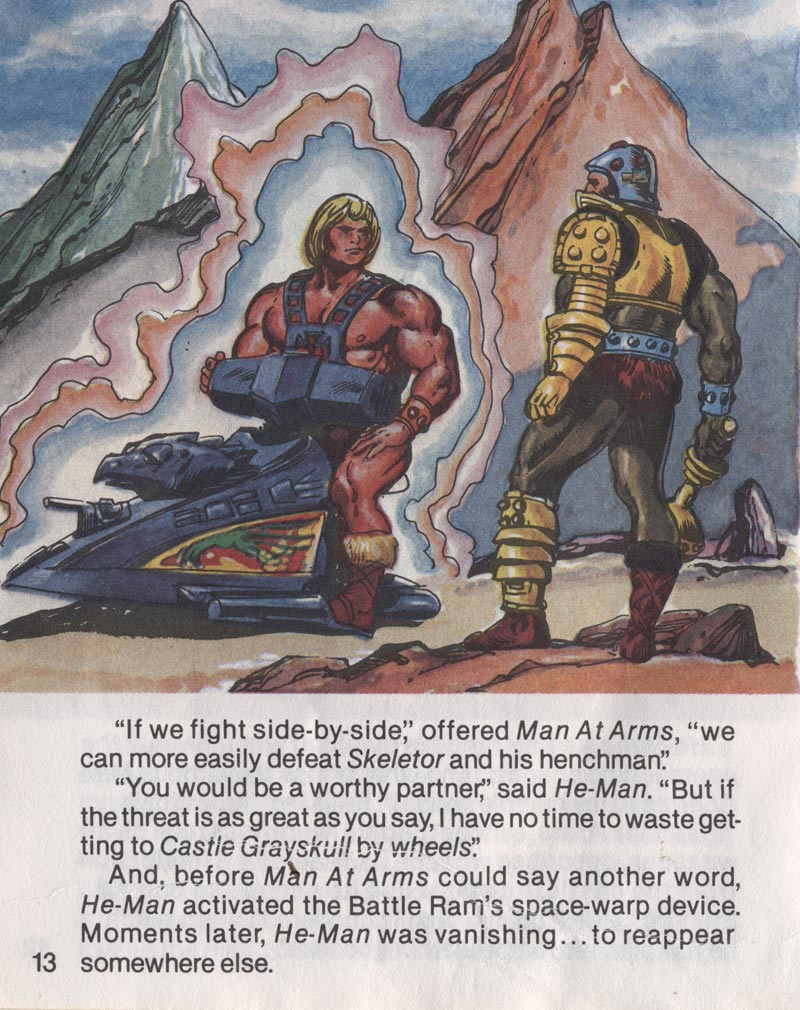 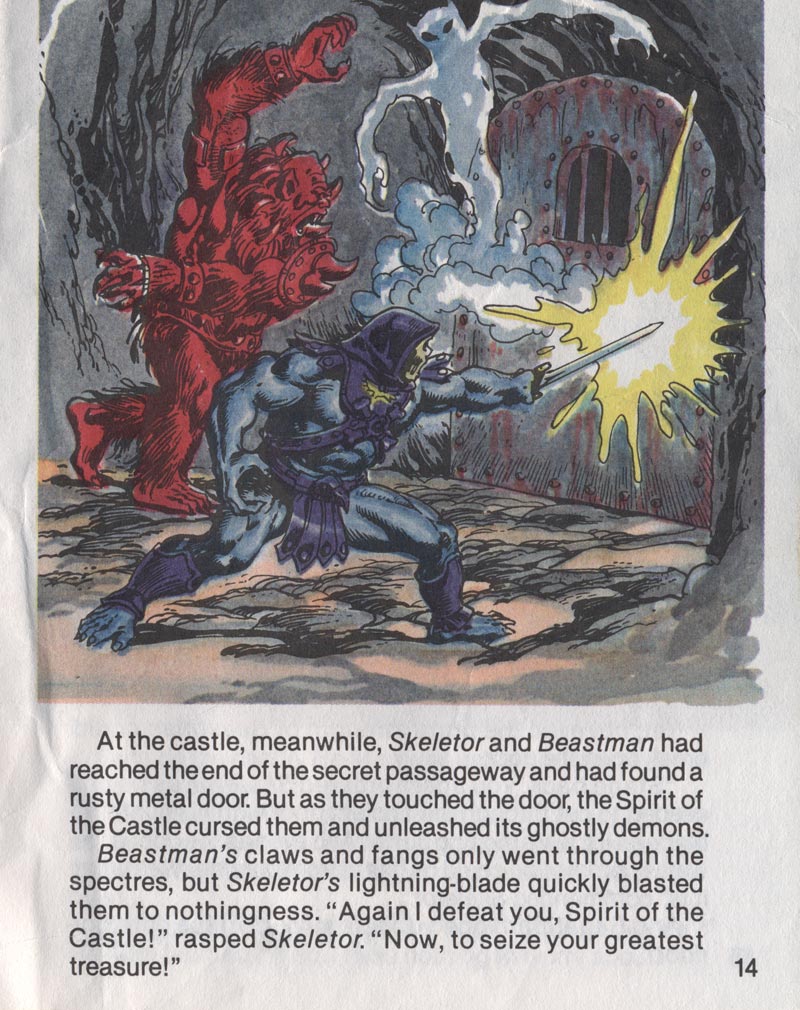 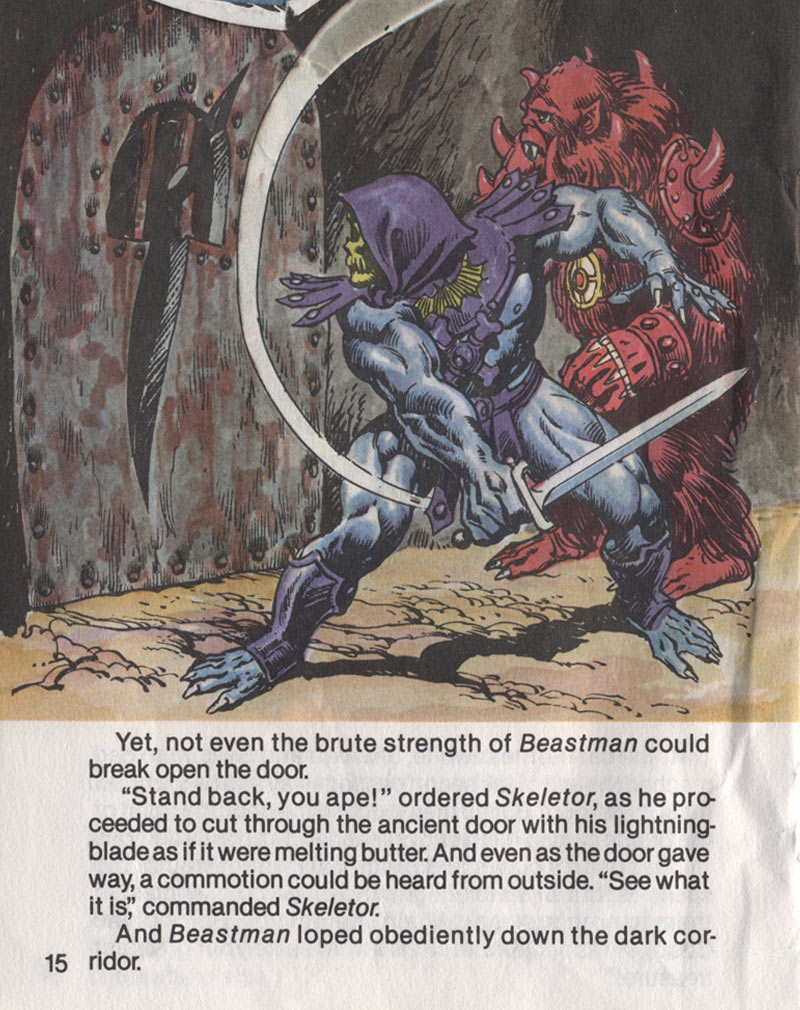 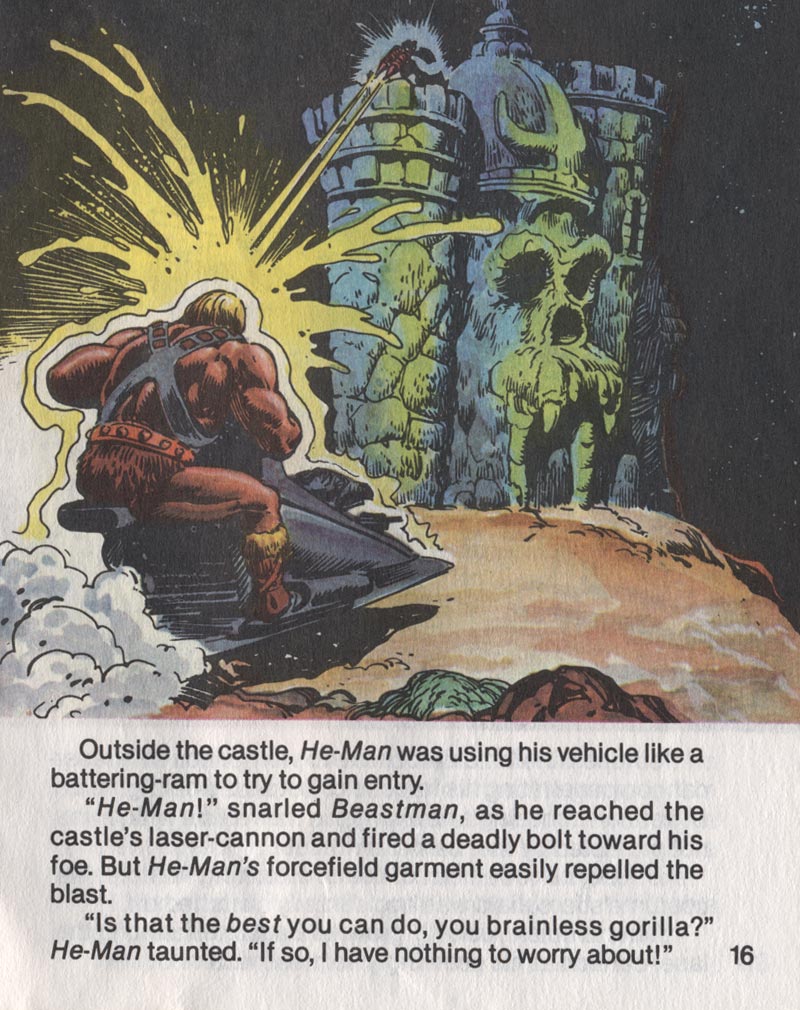 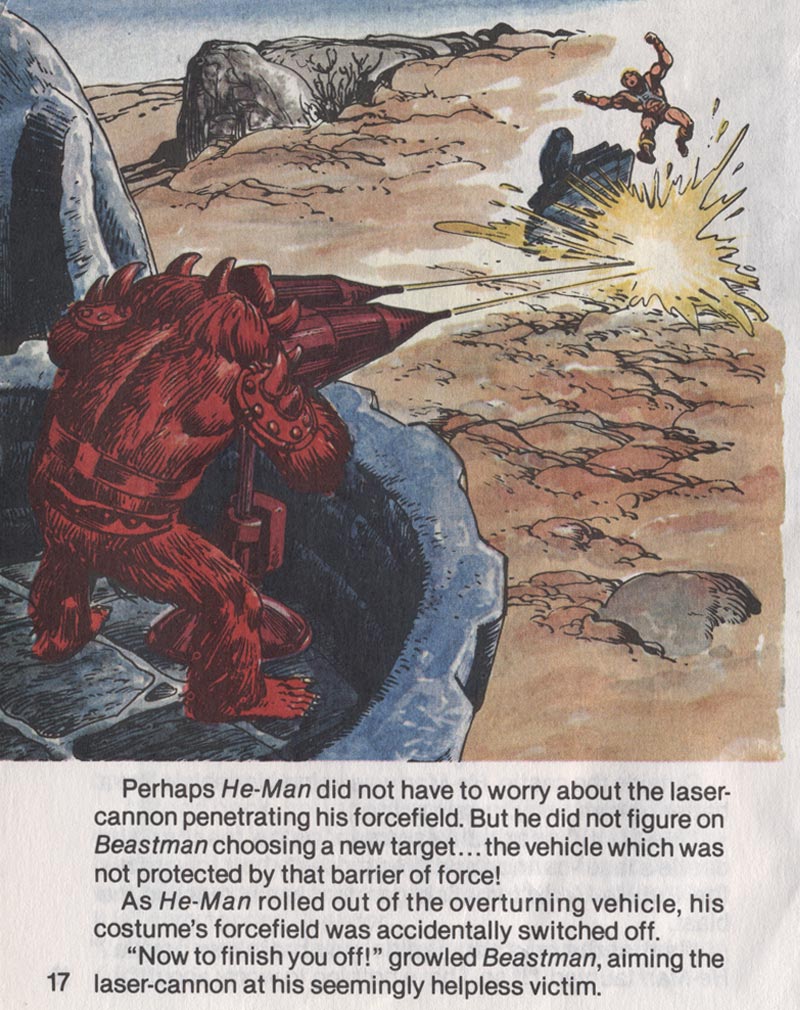 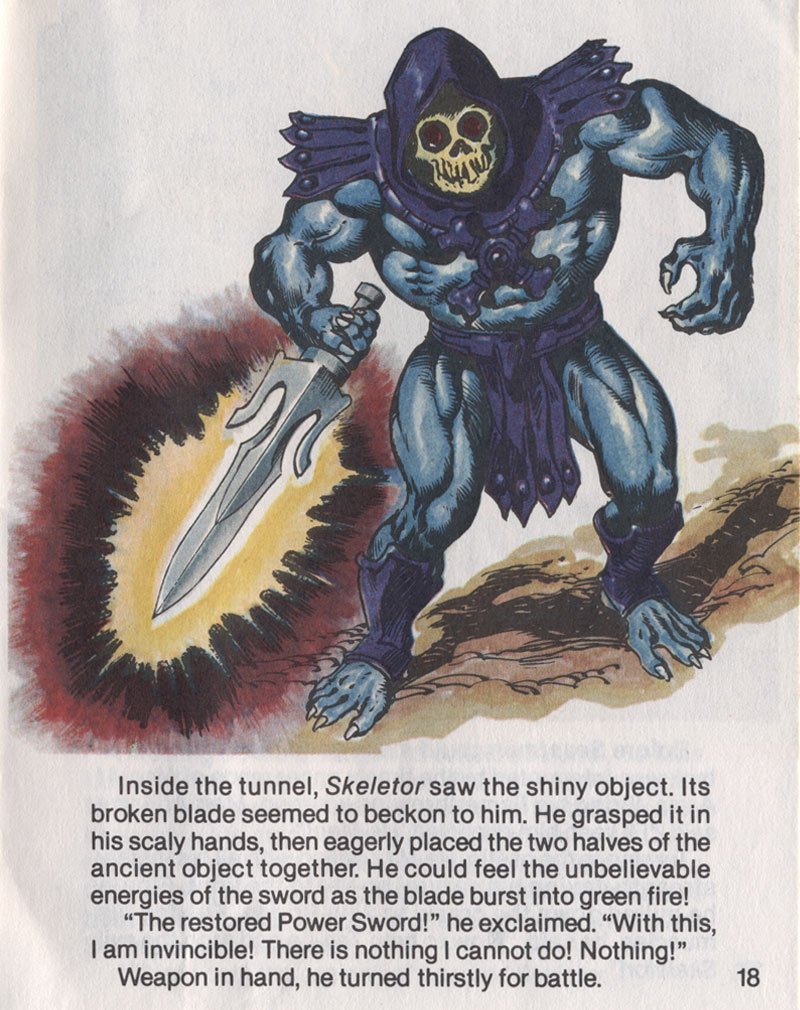 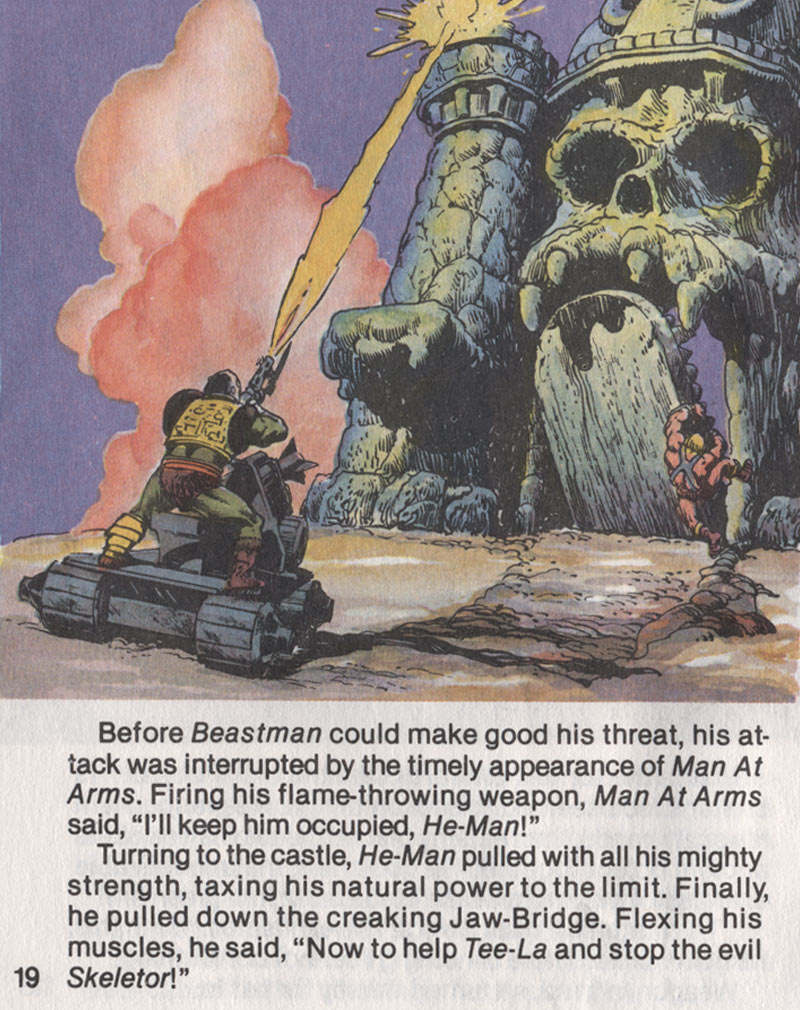 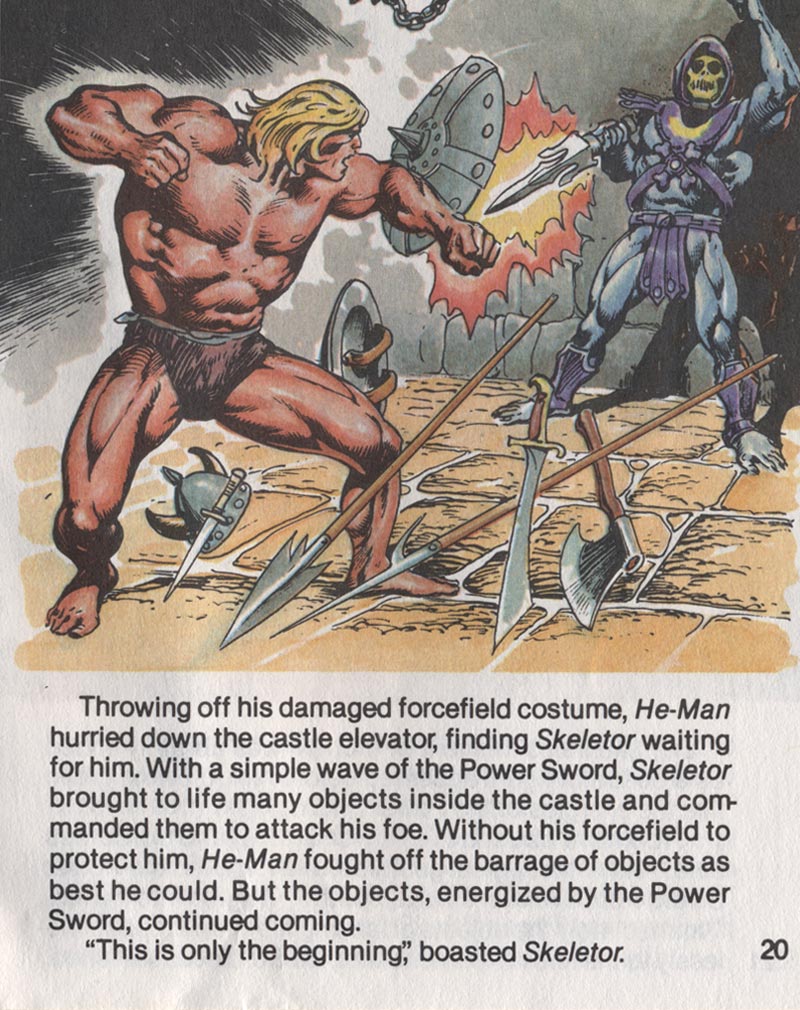 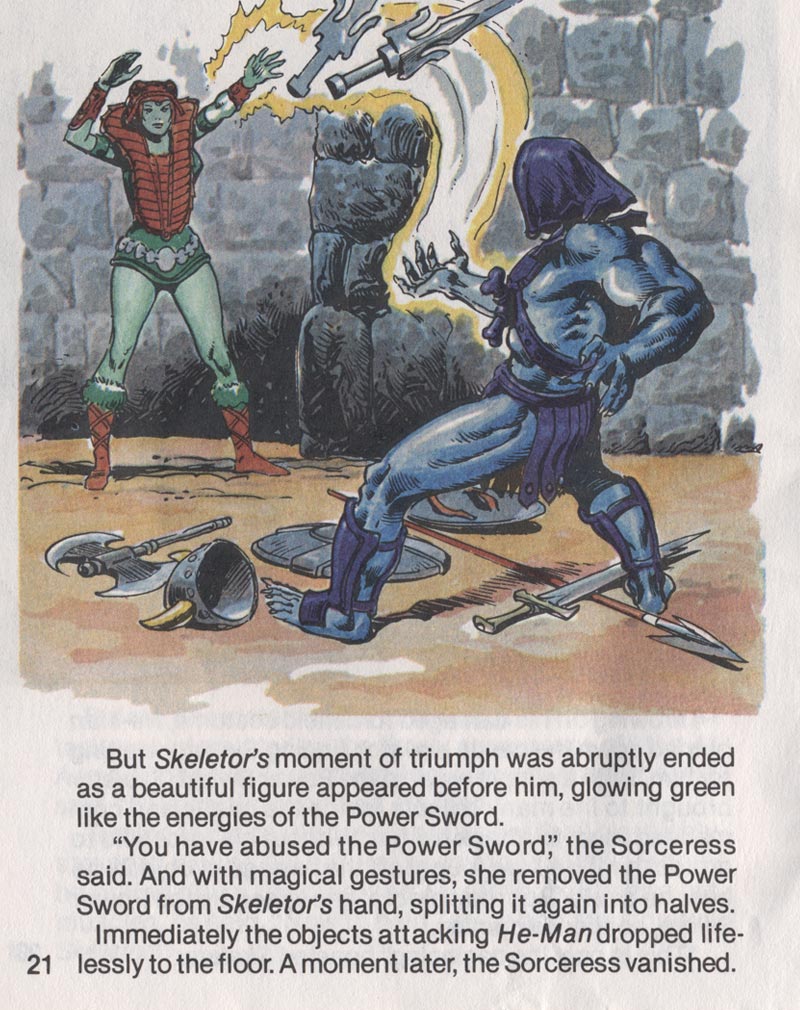 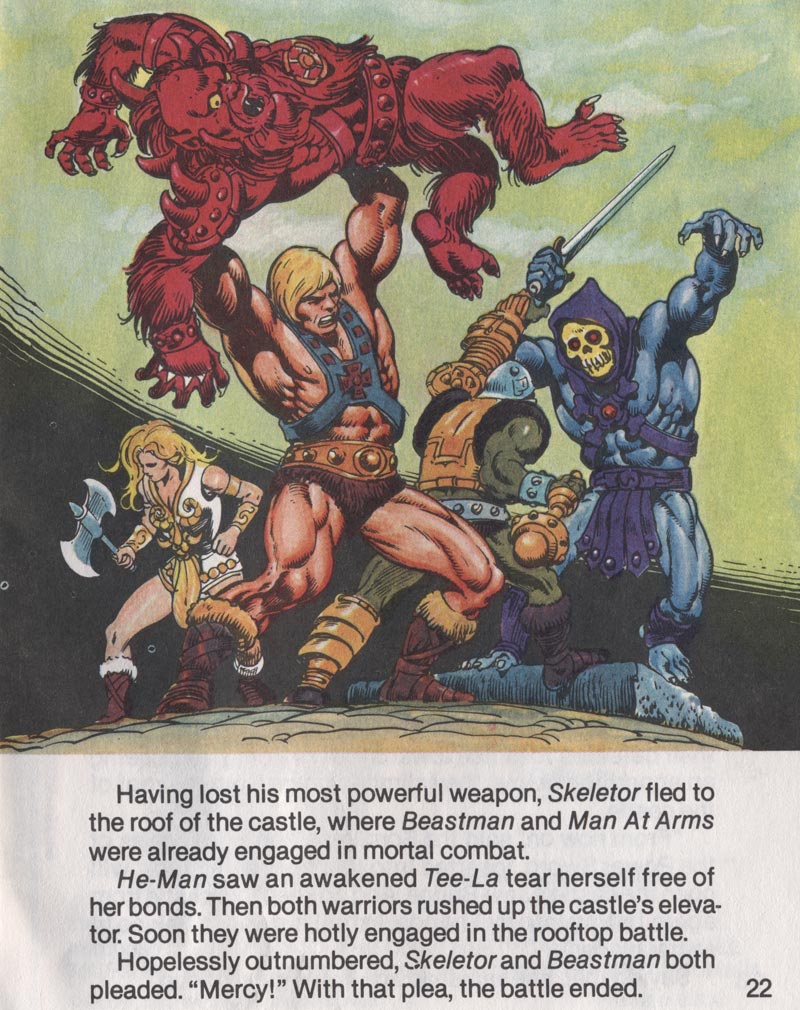 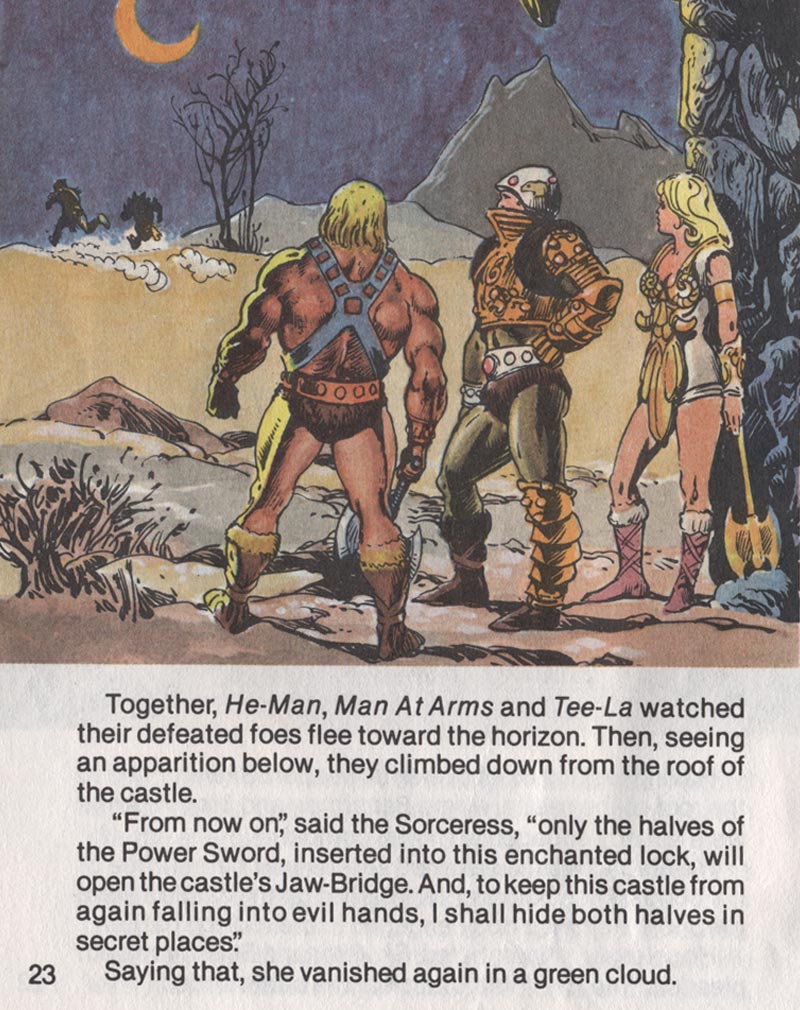 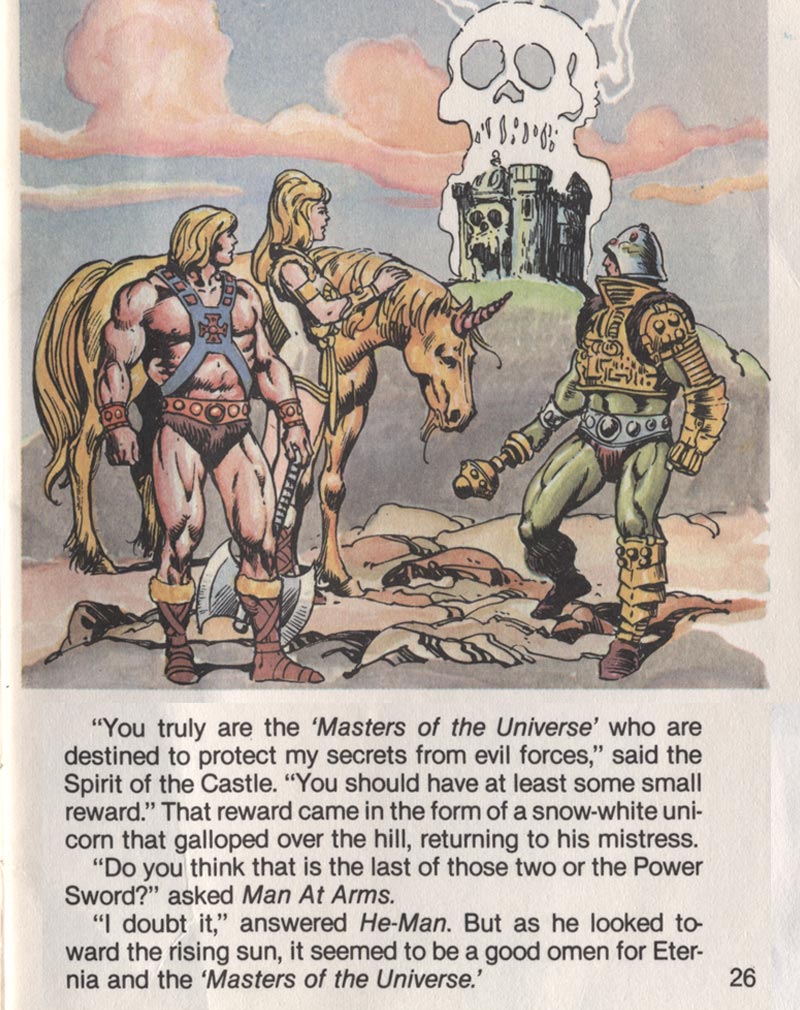