I have scanned both sides of an old MOTU poster that came with a figure from the original series (I cannot remember which one). I have enhanced the scan a little to make the colours bolder. The poster is dated 1985 and was possibly distributed only with European releases.

The third image on this page is an artistic promotional poster by William George which features characters from the MOTU line plus the dinosaur-like mechanical creatures that came to the party very late. I thought they were odd additions to the MOTU world and have no interest in them whatsoever, but I like this illustration for its drama.

The fourth image is another William George artistic representation of many favourite characters from the original MOTU line. Unfortunately the resolution of this image is not great, but the characters, creatures and vehicles are recognisable, with the exception of the Wind Raider pilot. It is interesting to see Zodac with the Evil Warriors running into battle from Snake Mountain. 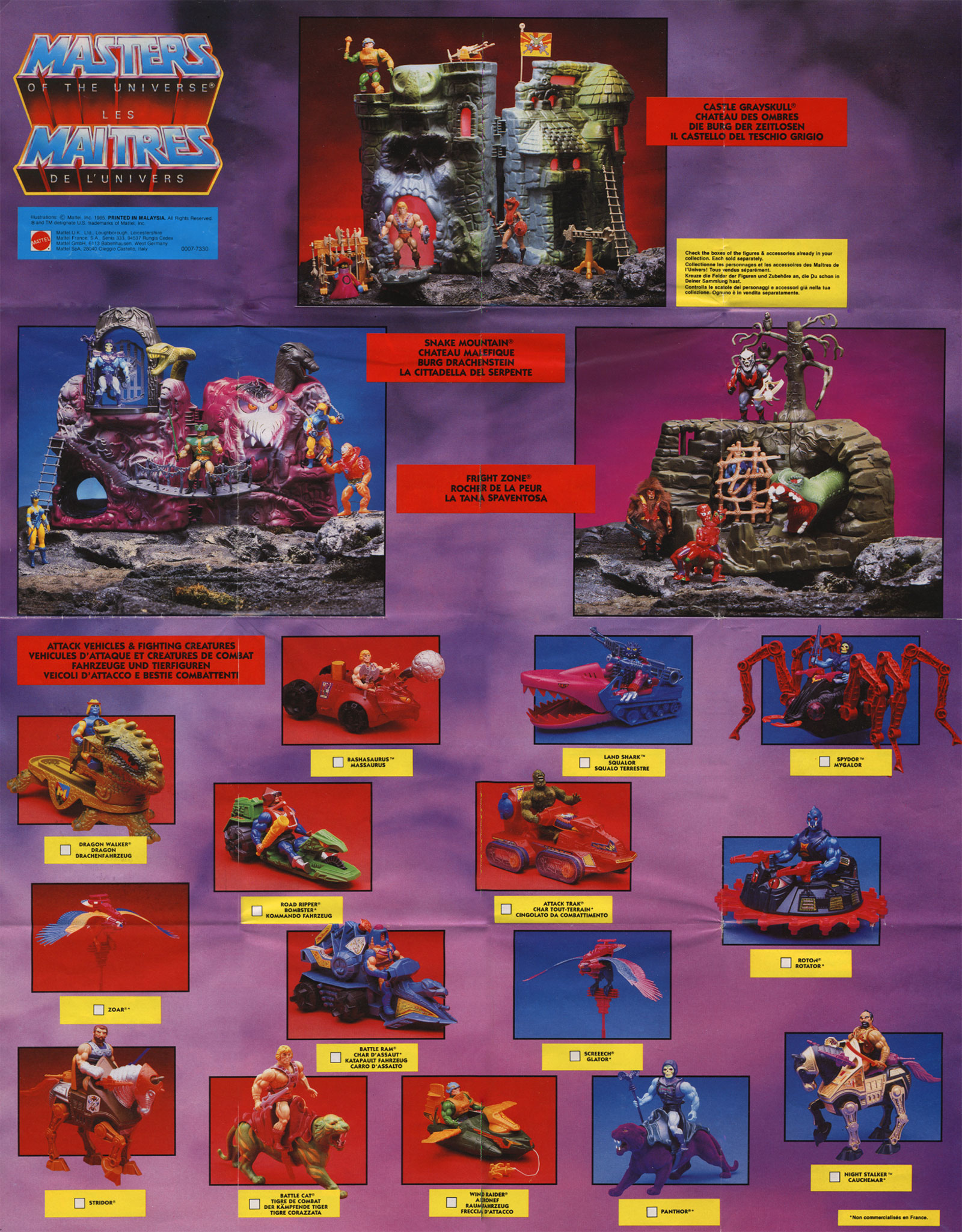 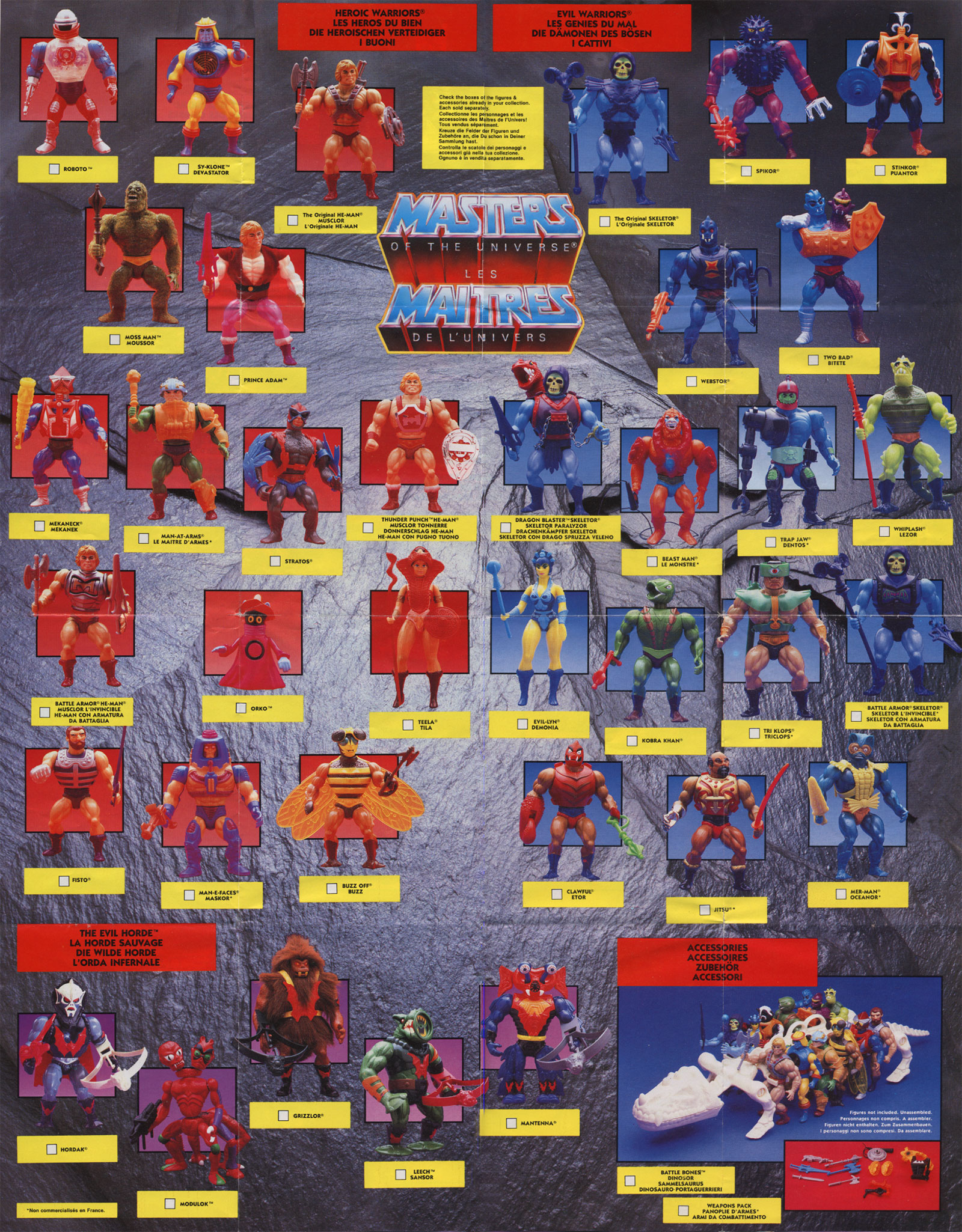 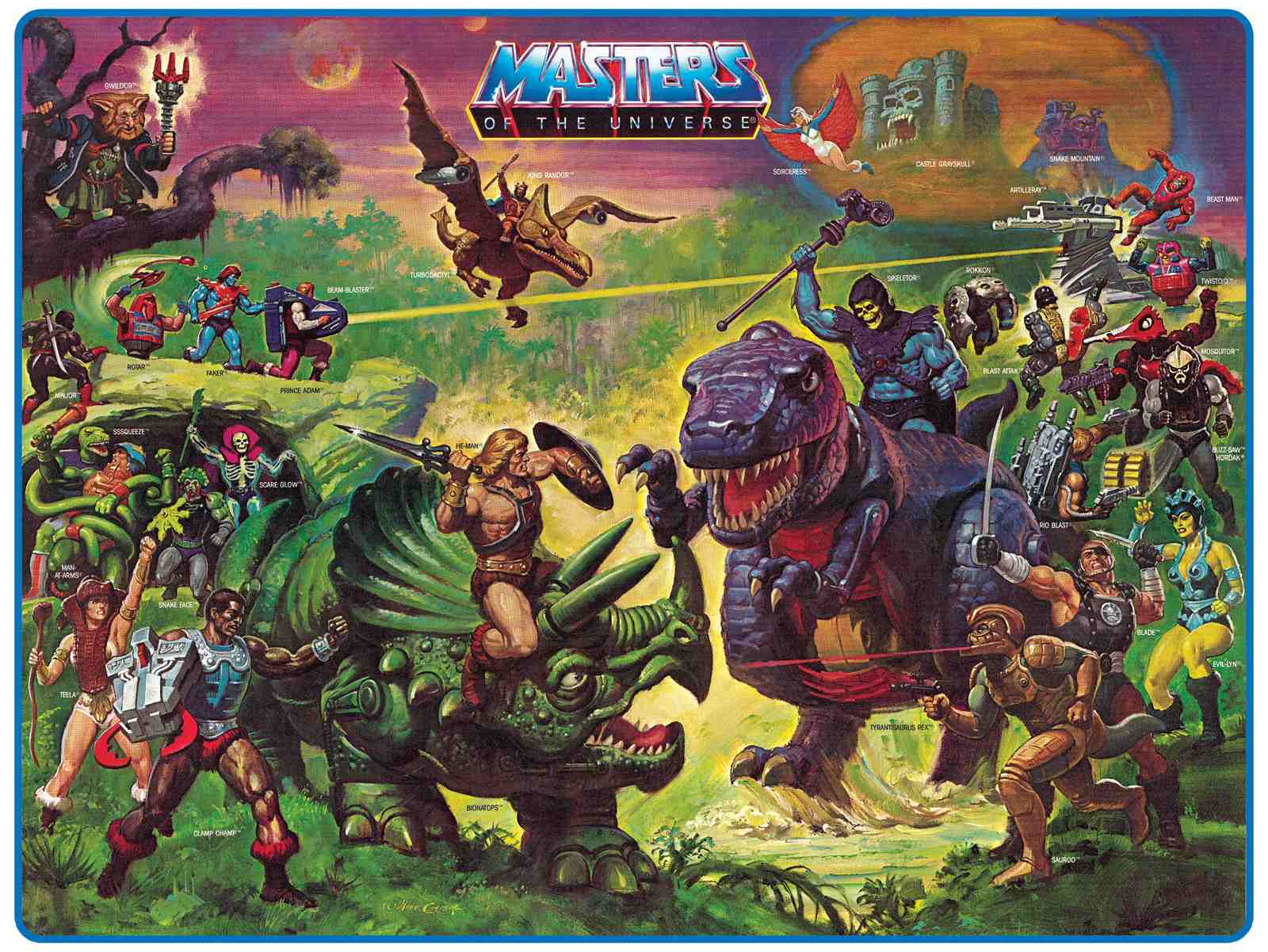 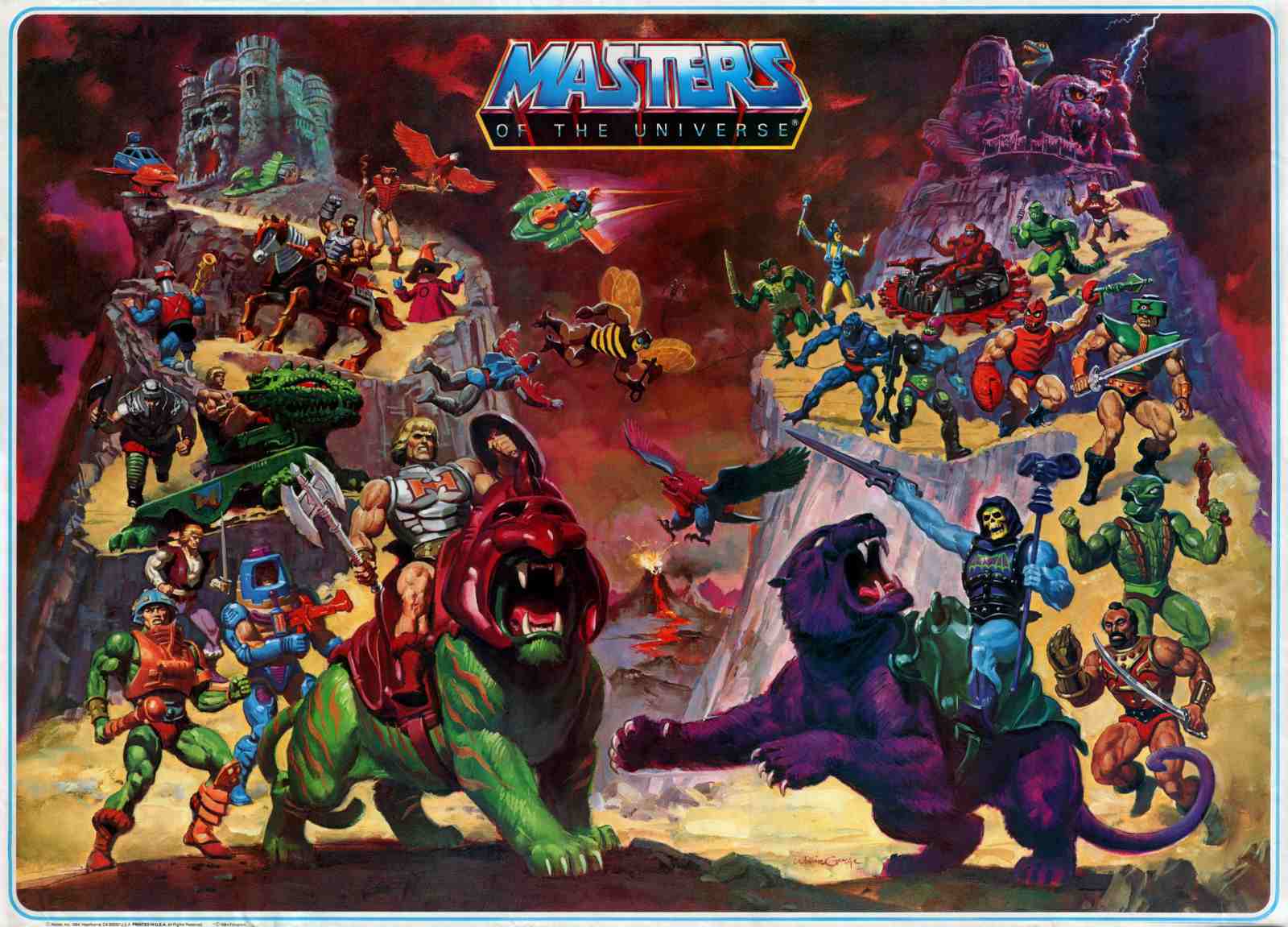