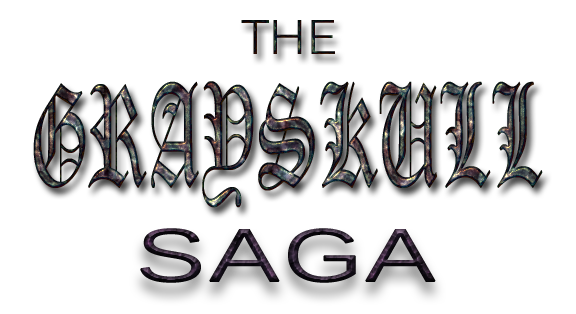 The Grayskull Saga is the name I have given to my collected MOTU works. The stories are presented here in their correct reading order. You can read the stories online by clicking on the links below. The stories are also available in a single PDF file (3.32 Mb) which you may download for your own use. Right-click here to download the PDF version. Please do not copy, distribute or alter the file.

These stories are based in the Mineternia or Pre-Filmation era of Eternia. That is to say the earliest period of MOTU tales as described in the first two series of minicomics (supplied with the toys in the 1980s) before the change in direction introduced by the cartoon series. The Grayskull Saga uses many of the original themes. It is, however, essentially its own canon.

Originally I did not plan to write another trilogy after Grayskull. The three original short stories (Nightflame, The Shepherds of Bleydek Forest and Fire and Steel) were not intended to be part of the saga. Eventually, however, I realised that the story was unfinished and the existing elements worked together. I found out more about the themes of the Mineternian era and also took some inspiration from the 2008 Classics line. This resulted in three more short stories and a new trilogy, Resurrection. I hope you enjoy reading the tales.

THE ORBS OF TRATH (GRAYSKULL PART ONE)

THE SHEPHERDS OF BLEYDEK FOREST

THE COUNCIL OF GRAYSKULL

THE DRAGON AND HIS BOY (RESURRECTION PART THREE)