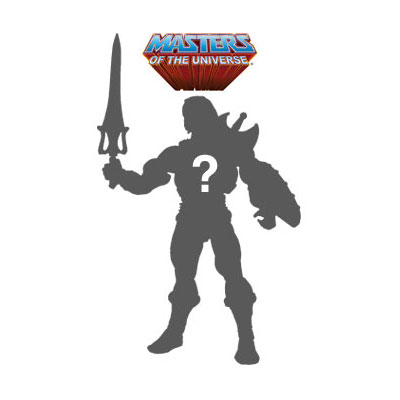 There are some obvious advantages in having a subscription for the Classics figures. There is less of a need to buy figures as they are made available for sale on Matty Collector. I say 'less of a need' because sometimes fans want extra figures, and sometimes figures or packs are released or reissued, and these are not part of the subscription. As the Classics are a limited edition collectors' line, the availability of figures cannot be guaranteed, and most sell out within an hour of being offered for sale on Matty Collector.

The first subscription was made available for just the last few figures of 2009 and did not offer any sort of bonus. I suspect it was a trial to see whether the idea would work for the following year. The 2010 subscription was for twelve monthly figures and the bonus Wun-Dar figure. It did not include quarterly extra figures or larger scale beasts or giants. The 2011 subscription is an (almost) all-inclusive package, which should amount to approximately twenty figures. The 2011 bonus has been named as Preternia Disguise He-Man.

While the advantages of the subscription suggest it is a good idea, it is not without its faults. A subscription is supposed to offer a substantial reward to the buyer, and this is usually represented by a reduction in cost. Paying for a magazine subscription, for example, means acquiring the magazines for less than they would cost in the shops. Club Eternia offers nothing of the sort. At 20 US$ a go, buyers are simply paying for the cost of the 'bonus' figure, so it cannot really be described as a bonus at all. A single 5 US$ voucher towards the cost of Battle Cat and a badly drawn poster were the only benefits given to subscribers in 2010. It is not unreasonable to expect the minimum benefit of a subscription to be one free figure each year and a slightly lower price on all of the others.

The other obvious disadvantage is that collectors are likely to end up with plenty of expensive figures which they are not really interested in. While many fans are happy to purchase every single character, there are also plenty who favour specific MOTU eras, and would prefer the chance to collect only selected characters. There is no doubt that Mattel want to sell subscriptions to guarantee income. There is a logic to this - it is easier to plan production and it guarantees income, but it is inflexible and not fan-friendly. Numerous calls for a pre-order option as an alternative to a subscription were repeatedly beaten down and described as impossible - an argument which many fans find unconvincing.

It does not take much to work out why a pre-order option has been refused. At face value, it is not wrong to say that characters with too few orders would never make it to production, but the counter argument is that it is wrong to force those unpopular figures on to fans through the subscription. The threat that the line might finish early due to lack of interest (Mattel currently anticipates it lasting until 2017) is designed to scare fans into thinking the worst. Actually, this line has already been very successful for Mattel, albeit on the reduced scale of a collectors' line, and scaremongering is an underhand tactic to make loyal fans spend more money.

There is an argument to say that dragging the Classics out over seven years is more likely to push fans away. Would it really be so bad to shorten the timescale and concentrate on the main characters? There is a novelty value in creating figures of obscure cartoon characters (Chief Carnivus) or joke characters from take-it-or-leave-it animations (Mo-Larr), but many fans would prefer to see their favourite characters from the original 1980s line long before these novelty items. The Classics collectors are pretty dedicated at the moment, but waiting for years before seeing principle characters is going to test fans' patience.

We also seem to be heading back down a bad path that was taken with the vintage line and the 2002 line - endless variants of He-Man and Skeletor. I hope the old lessons have been learned and the Classics avoid taking this too far, because there is a strong case for saying the 2002 line in particular was not as successful as it could have been due to the variants. In the two years since the Classics' launch, seven figures using the He-Man mold were released: the first He-Man, the repainted He-Man, Battle-Armor He-Man, Faker, Wun-Dar, Prince Adam and the Toys R Us exclusive He-Man. The 2011 exclusive figure is another He-Man variant.

Variants are easy and cheap to make because the machinery is already in place. They can be pushed out into the market quickly, but they risk strangling the line. There will undoubtedly be tolerance for variants among fans, but Mattel needs to be careful with this, especially as it has gone wrong for the company before. In a rather ironic twist, Mattel could also be making another mistake with variants by not including them in the Club Eternia subscription.

I mentioned the Toys R Us exclusive He-Man figure. He was sold in a two-pack alongside Superman only by TRU in the US and Canada. A Skeletor / Lex Luthor two-pack was also sold at the same time. There are plans for future TRU exclusives featuring a blue version of Mer-Man and a colour-reversed Stratos. These figures are of particular interest to collectors - especially the blue Mer-Man as he appeared in the earliest minicomics - and it would be wrong for Mattel to prevent fans getting hold of them by selling them only at US and Canadian TRU stores. Even if they are not included as part of Club Eternia, Mattel should definitely make them available on Matty Collector.

So, in conclusion, there are both advantages and disadvantages with purchasing a Club Eternia subscription. The convenience is a strong reason to buy; the unpredictability of what is coming is a reason not to. Fans will be loyal and support the Classics, even when certain aspects of the line are unfairly manipulated, so Mattel should not worry about losing support just yet. And in a final twist of fate, for a line that will include characters from every era of the MOTU, is it not ironic that the logo used for Club Eternia is not the Classics logo, but the original Masters Of The Universe logo from the 1980s?