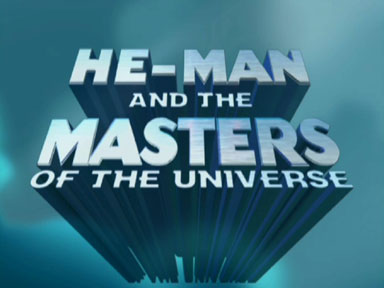 When this page first appeared on Vaults, the 2002 toys were still being produced, but all of the signals were suggesting that the line was not doing well. It is unlikely that the He-Man and the Masters of the Universe cartoon which accompanied the figures had anything to do with the line ending, but it was so bad that I can't help but wonder if it was truly free of blame. The cartoon was in sharp contrast to the comics produced by Image Comics and MV Creations. You can read my review of the comics here.

Of course, the views expressed here are mine and are not shared by all MOTU fans. The cartoon did have support, but I think it was undeserved. So what was wrong with the cartoon specifically? Well, apart from the fact that it was designed as a promotional tool for the toys, it was quite simply underwhelming in its story-telling. I know the cartoon was written for children, but the world of Eternia is so rich with imagination and detail that it was disappointing not to see the cartoon make use of those themes.

The other factor that spoiled the cartoon was the heavy overseas involvement in its production. The animation studio was Korean, and as a result the cartoon used Far Eastern animation techniques and styling. For me, this design is unimaginative and boring, but that could simply be an age thing.

Below are several screen shots with my observations about how they represent the failings of the cartoon.

Characters performed physically impossible death-defying leaps so frequently in the cartoons that all credibility evaporated rapidly, and the action became boring. Sure, these characters are pretty special, but let's leave the flying ability to those who possess wings. The next couple of images show some more examples.

Unsurprisingly, the cartoon paralleled the toyline in its shift away from fantasy to science fiction. I've condemned that decision many times before, and the following images add considerable weight to my argument. There is a place for science in the MOTU world, but the heavy artillery carried by Man-At-Arms and Roboto in these pictures was ridiculous. How could they do this to the heroic master of weapons?

Anyway, moving swiftly on to the worst thing that was wrong with the cartoon. Characters staring at each other. Rather than have a few seconds of spectacular sword-fighting, they simply stood still and waited for something to happen. Not only was this incredibly boring, but it was obviously a way for the studio to use up a few seconds without having to draw more frames. As with the stupid jumping, this happened far too often.

I'm happy to avoid rubbishing the storylines because I know they were only for kids, and I hope that no adult MOTU fan took these tales too seriously. However, I will say that the treatment of the Keldor story was a big mistake. It was one of those stories with incredible potential, but for some reason the whole 'brother of Randor' concept was ignored. What a waste.

So is there anything positive to say about He-Man And The Masters Of The Universe? Well some of the scenery was drawn quite nicely. I cannot think of anything else though.