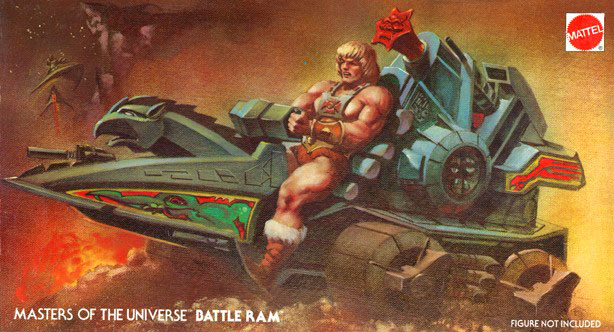 Visitors to Vaults will know how important I consider the mythology of the MOTU to be. Those of us who have written MOTU stories have made use of ideas and character biographies that go back right to the dawn of Eternia in the early 1980s. Many changes have taken place over the years - the most obvious being the shift from the original barbarian concepts to the Filmation cartoon series. Various comics and books added to the mix. These diverse ideas have led to differing opinions about MOTU characters and Eternia.

The word canon is used to denote a standard or a list of works that are considered to be authentic. Of course, the range of ideas and influences that has contributed to the development of the MOTU over the years makes an all-embracing canon impossible, so fan fiction writers such as me use the term as an acknowledgement of the original ideas that were presented in the earliest minicomics and artwork. Everything after the second series of minicomics is not considered to be authentic. Selective interpretation? Definitely! The fact is the original ideas were the best and offered the most imaginative back-story for writers.

It is interesting to see how strongly the original ideas have been resurrected in the Classics figures. Artwork from the minicomics has reappeared on the packaging and the figures themselves are clearly based on the art. Look at the Eight Back card image on the Original Toys page and compare the pictures to the Classics figures. Mattel are trying (rather unsuccessfully) to create a revised canon from the different MOTU interpretations. It's a bold move, but it can never be truly satisfactory because there has been too much variation over the years. It proves the point that keeping to an original concept (as fan fiction writers do) is the only true way of preserving a canon.

Fans will doubtlessly be aware that there was some variation in the early minicomics, so it is not unreasonable to make the observation that even at the earliest stages, a true canon was destined to be hard to find. The writers of the minicomics were not actually trying to build an extensive history of Eternia or to develop deep character biographies. There are contradictions. However the reason we can claim a canon based on those minicomics is that the themes are similar. The warriors live in a barbarian world where good fights evil, magic and weapons compete for supremacy and deities and monsters lurk in the shadows. The parallels with Celtic, Norse and Classical mythology are evident. After Series Two, these great themes were dumbed-down.

Look at the status of Skeletor. Early on he was demonic and powerful. He was dangerous. The mythology of Eternia showed he was a malevolent force that represented a real threat to the safety of Eternia. Unfortunately the Filmation cartoons and the later minicomics turned him into an incompetent fool. It is actually quite bizarre when you think about it - the whole concept of the MOTU was based upon having a decent adversary for the Heroic Warriors.

Many fans will disagree with me, but the biggest disaster to influence the MOTU was the creation of Prince Adam. It effectively undermined the barbarian concept and adopted the comic book superhero style instead. This departure from fantasy story-telling and adoption of a simplistic style drew the distinction between the old (fan fiction canon) and the new (later canon). Vaults is obviously set deeply in the former, and my Grayskull story relies heavily on the inspiration of the original themes.

Of course nothing is black and white! There were some redeeming features in the later minicomics and characters. The Clash Of Arms was a minicomic that appeared later but interestingly did not refer to Prince Adam. It wasn't up to the standard of The Power... Of Point Dread! but it was a good effort. Hordak was a good addition to the characters, although arguably his potential was never fully realised. Scare Glow was another character that could have been better developed. Hopefully I gave them both a chance to show their worth in Grayskull.

The Magic Stealer! is the best minicomic. I used it as the prequel to my short story The Shepherds Of Bleydek Forest. It best represents the MOTU canon that I have been writing about on this page. I consider it to be required reading for MOTU fans! If you are interested in delving into the greatest chapter in Eternian history, you ought to immerse yourself in the barbarian themes that ruled in the early days. The characters were bigger and bolder and the stories were more imaginative than anything that followed. I'll conclude this page by drawing your attention to Zoar's box art. The Sorceress and Zoar were distinct characters originally - as you can see Zoar is a male falcon in the true Masters Of The Universe canon.