During the early days of the Classics line, fans were treated to sight of a Four Horsemen prototype of the Battle Ram, but we had to wait until the end of 2014 to get our hands on a production model. It's a faithful tribute to the original Battle Ram. The only major adjustment is the increased size of the rear wheels, and it's a change that works well. It features a working missile launcher and coloured parts which were stickers originally or featured in artwork of the vehicle.

It's possible for a figure to stand on the back of the rear section thanks to a new platform and handgrips. The front section is interchangeable with the Jet Sled. It's almost identical, but the Battle Ram's sled head is a serpent-like, sleek design (although it's described as a gryphon), whereas the Jet Sled is a little more angular and dragon-like. I've included He-Man and Extendar in the top photo to show the scale of the vehicle (it's big).

A Man-at-Arms variant was included with the Battle Ram: a young version of the character that's okay but nothing special. I'd have preferred something comparable to Sky High instead (in other words, an original character with a link to the Vintage line). I'm pleased this great vehicle is part of the line, but it does make me wonder if the other key vehicles (Attak Trak and Talon Fighter) will ever be made. 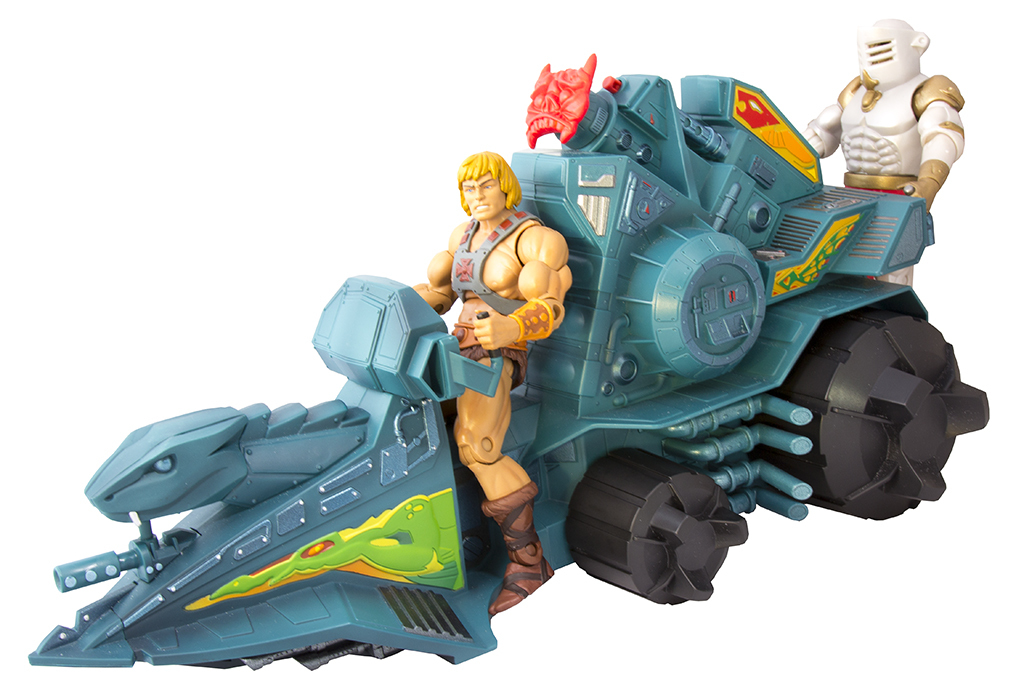 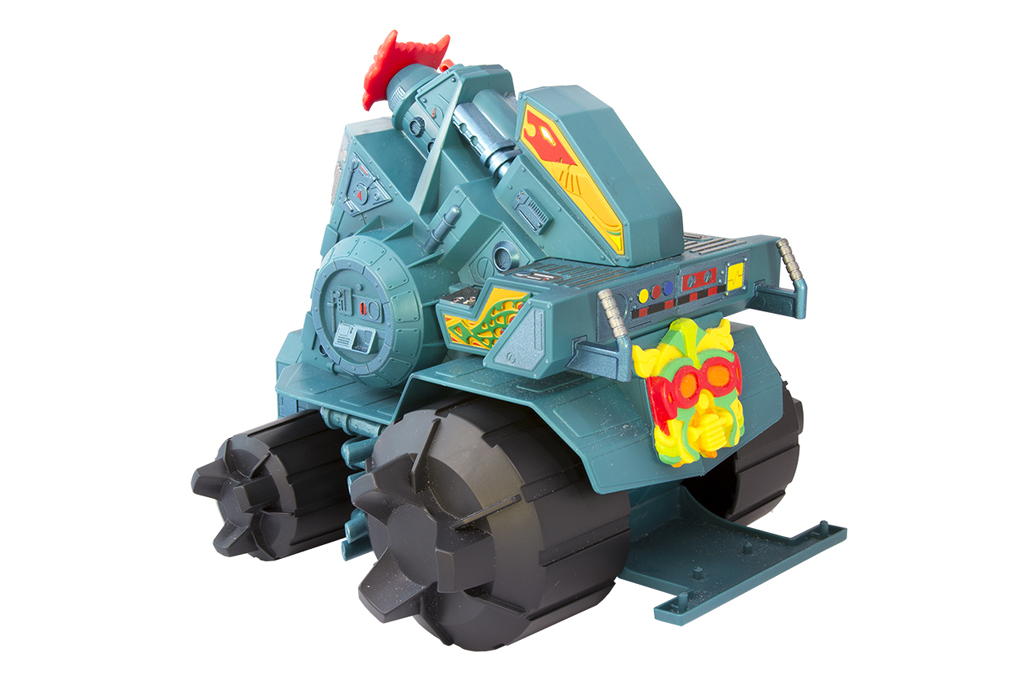 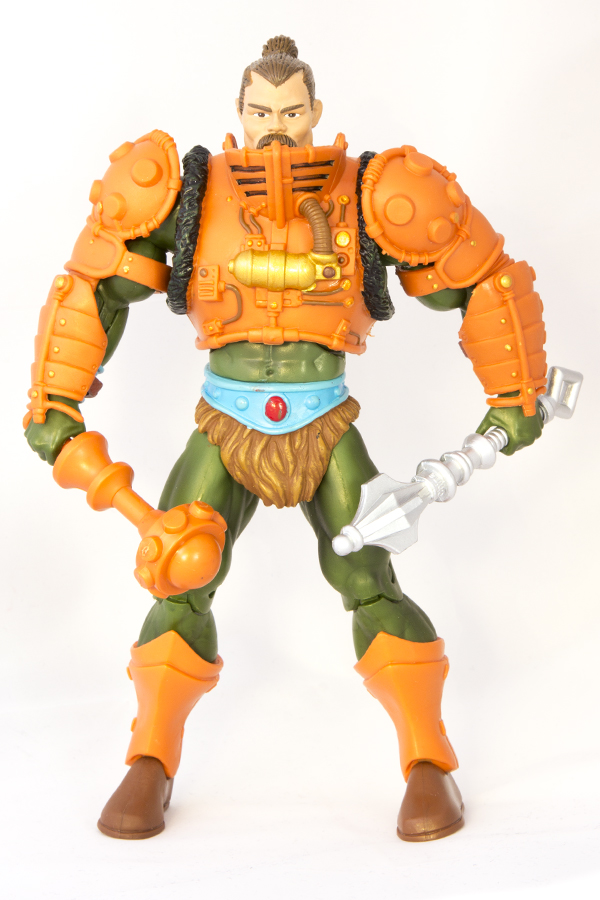