As the original MOTU canon is vital to practically everything this website is based on, I thought it would be a good idea to publish some scans of my favourite minicomics. Both The Magic Stealer! and The Power Of... Point Dread! were written by Gary Cohn. He created some fantastic drama in a few pages, and his words were accompanied by brilliant illustrations which brought a wonderful sense of a wild Eternian landscape to the reader. These minicomics influenced my interpretation of the Eternian mythology more than any others.

This is my favourite minicomic because it reminds me of several of the world's mythologies. It has a perilous quest which is something I can relate to as a fan of the Arthurian legends. In this story, He-Man is just like a knight of the Round Table. He sets out on an adventure in which he has to face demons and a dangerous adversary and eventually wins the day with emotional as well as physical strength. The story has more than a Celtic feel though - the journey into the icy wastes feels like Anglo-Saxon, or Norse, mythology, and the presence of the incredible Procrustus is reminiscent of Classical legends. 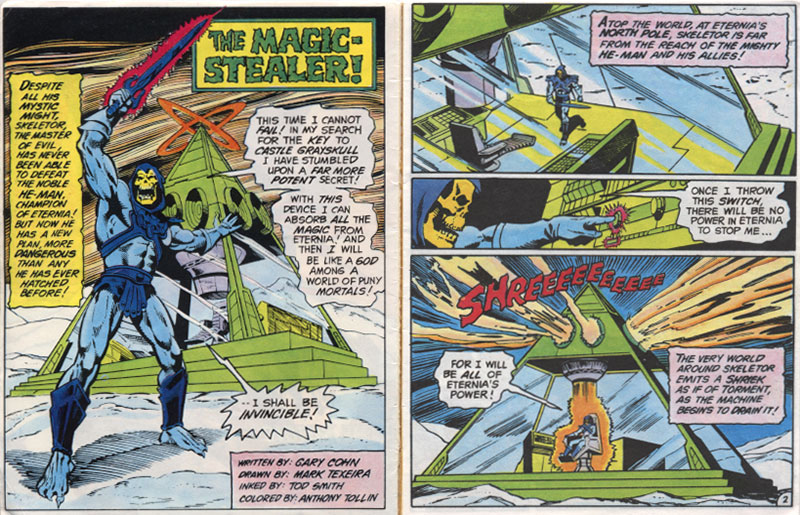 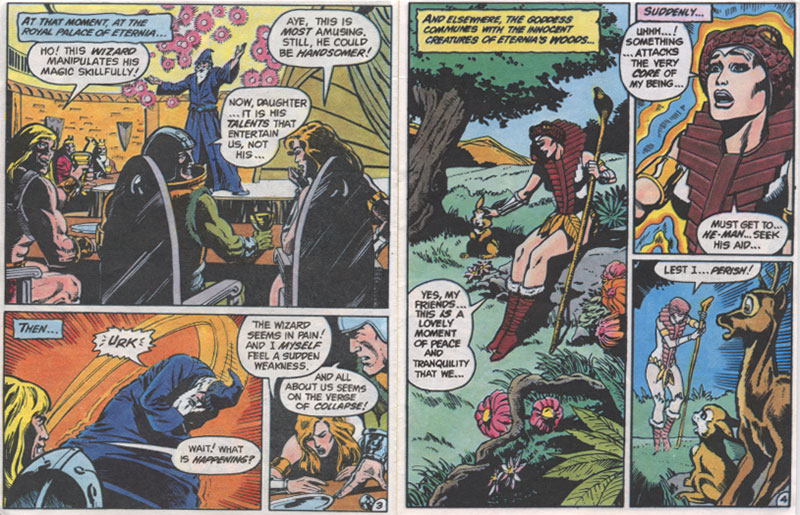 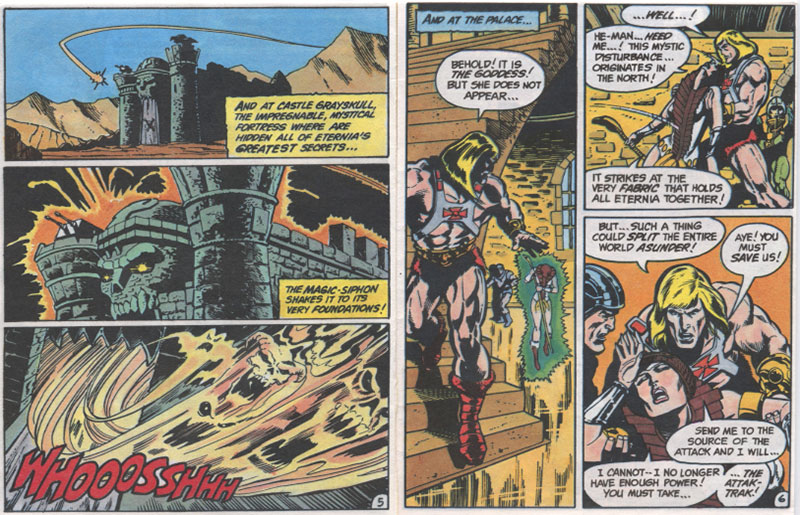 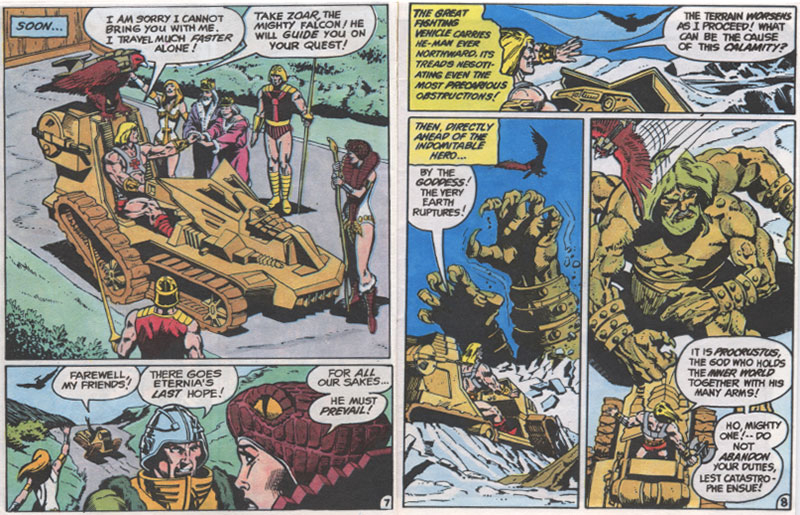 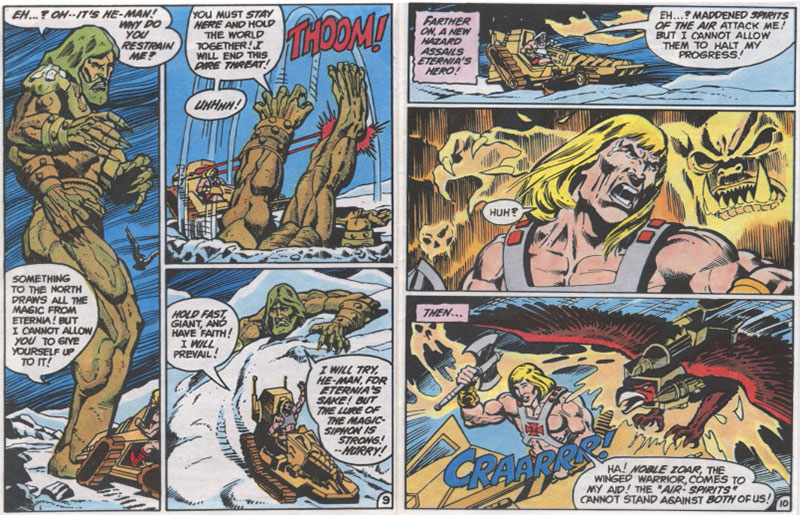 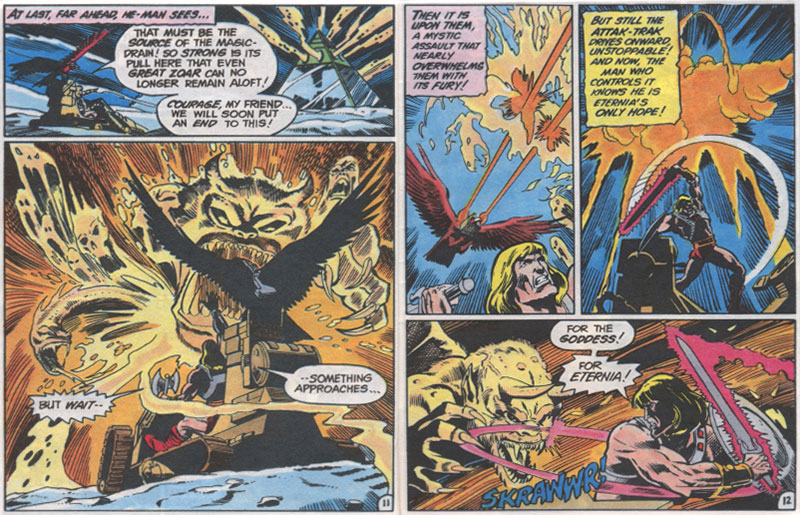 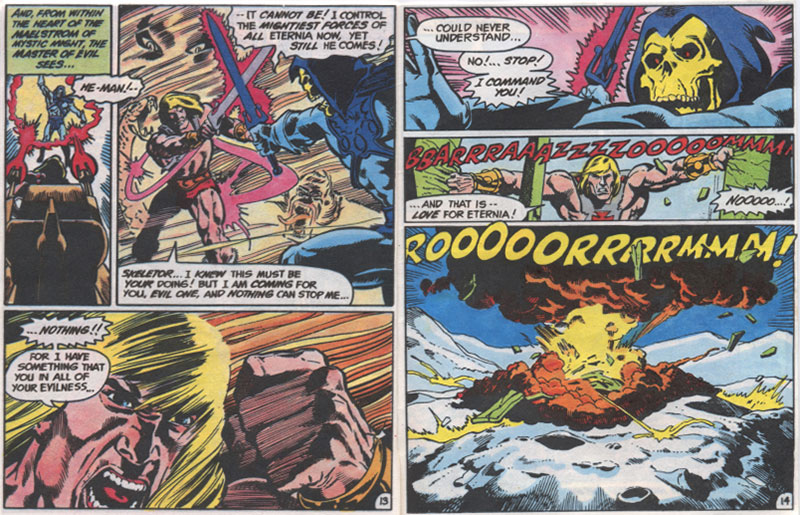 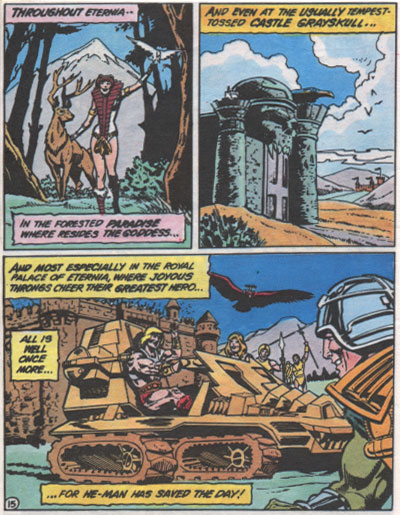 THE POWER OF... POINT DREAD!

This minicomic is almost as good as The Magic Stealer! as once again Skeletor has a dangerous plan and almost succeeds in his ambitions. The assault on the royal castle is dramatic and the sense of urgency in the minds of the defenders is clear in the story-telling and artwork. This minicomic has the finest interpretation of Man-At-Arms to be found in any MOTU story. I wonder if this minicomic was one of the reasons the MOTU themes were softened - soldiers are actually killed in the attack. I love the old-fashioned castle with its turrets and walls and I used this version in Grayskull. One question remains at the end of this story - was Tri-Klops imprisoned with his foot-soldiers, or did he evade capture and flee the scene of the battle? 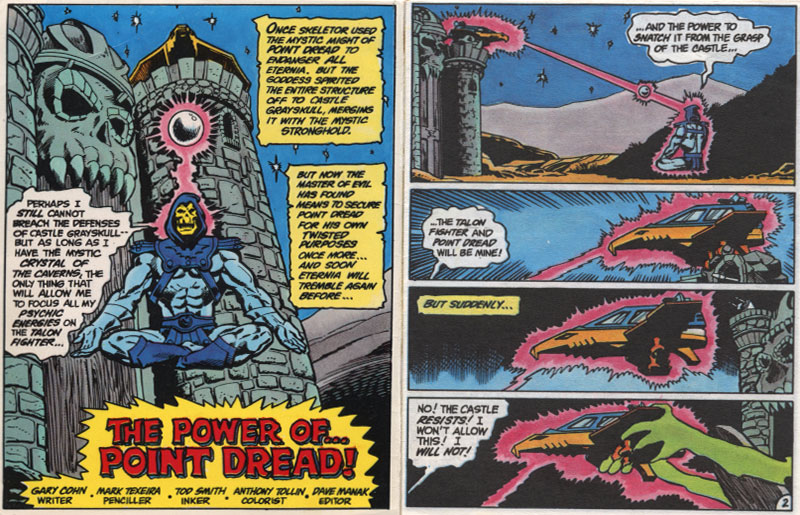 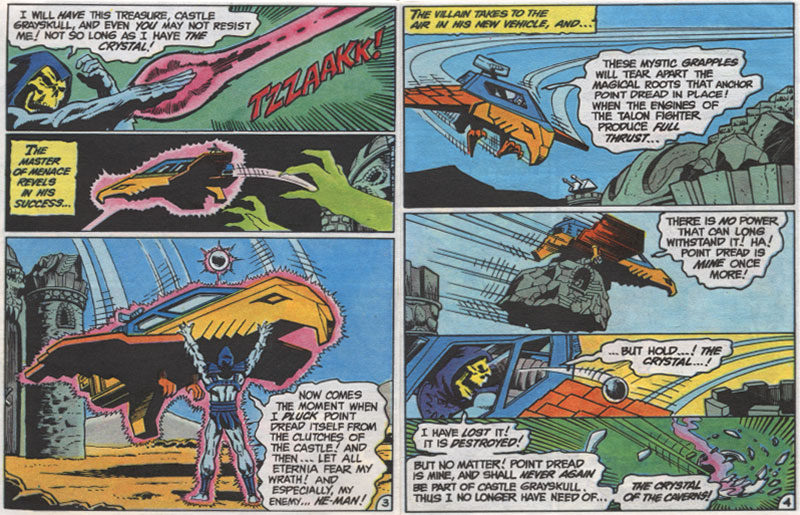 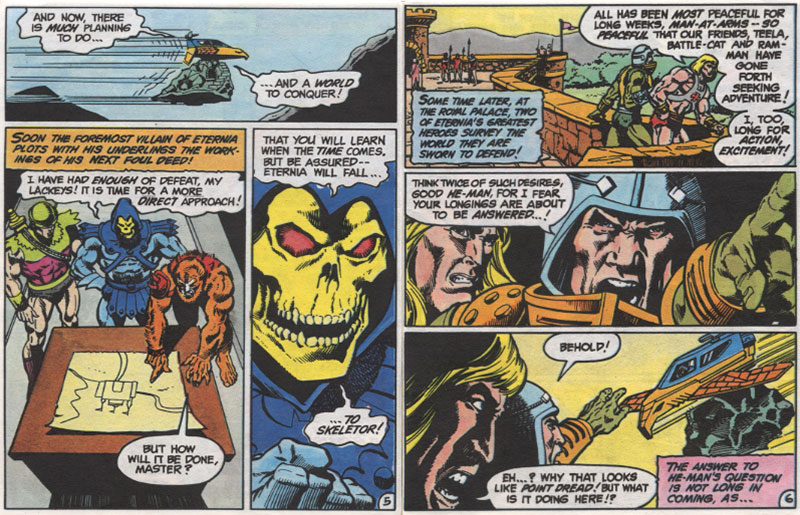 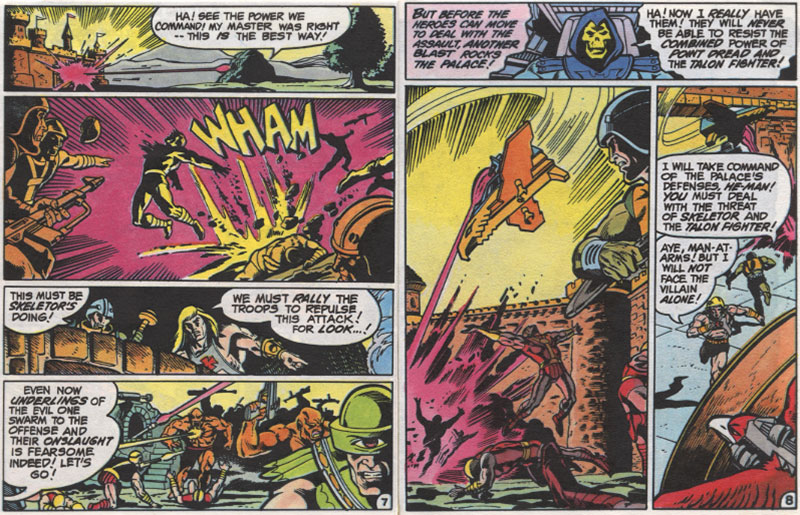 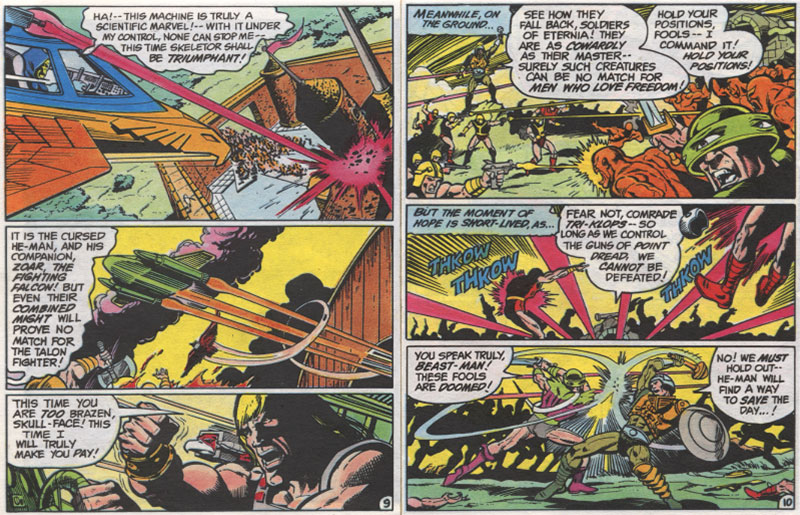 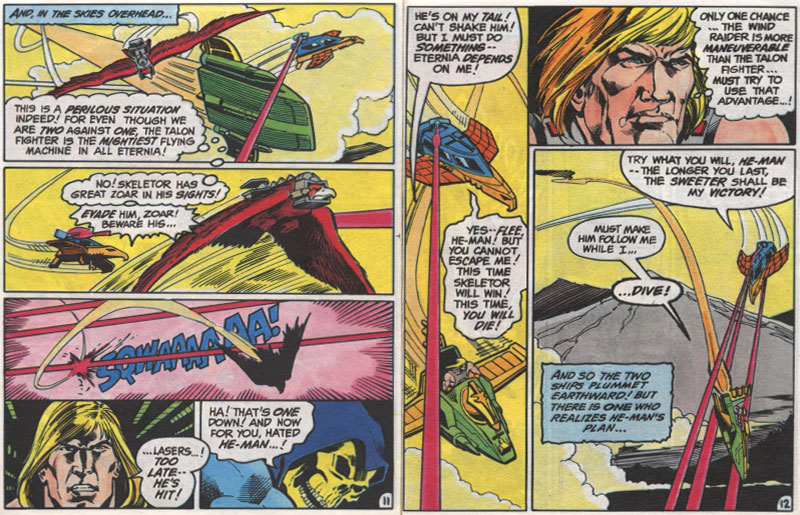 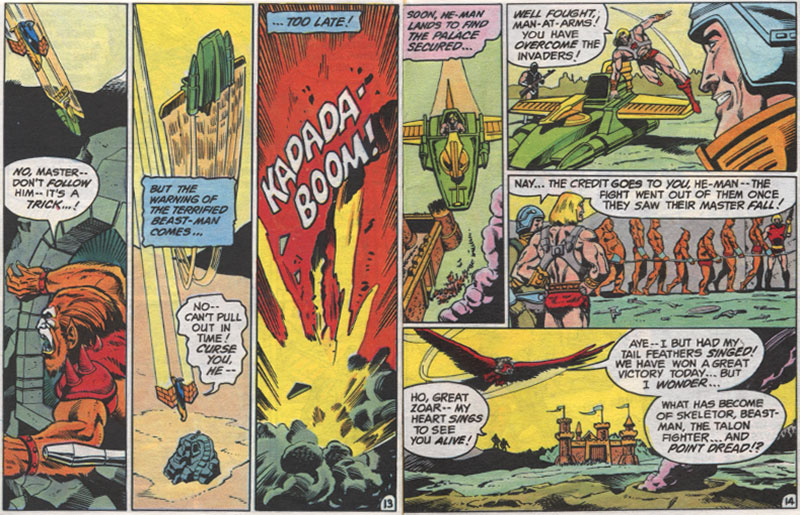 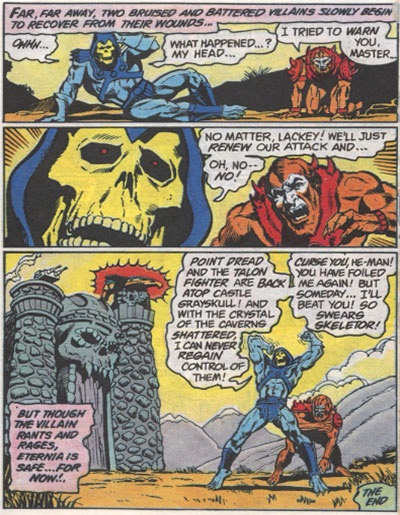